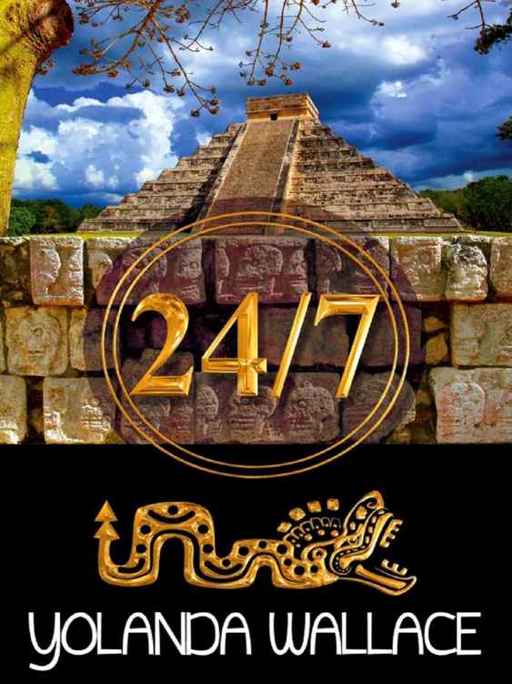 Finn Chamberlain is a travel writer with more passport stamps than friends. Her career keeps her constantly on the go, leaving her precious little time for relationships. And that’s just the way she likes it—until a charged encounter with a beautiful stranger causes her to call her unsettled life into question.

Luisa Moreno is an officer with the Mexican Federal Police. Her chance meeting with Finn Chamberlain was supposed to be a one-time thing, but it leaves her wanting more. When Finn’s life is threatened, it’s up to Luisa to save her. Will Luisa’s rescue attempt be successful, or will she lose much more than her heart in the process?

“
The War Within
has a masterpiece quality to it. It’s a story of the heart told with heart—a story to be savored—and proof that you’re never too old to find (or rediscover) true love.”—
Lambda Literary

“The writing was possibly the best I’ve seen for the modern lesfic genre, and the premise and setting was intriguing. I would recommend this one.”—
The Lesbrary

“Prepare to be thrilled by a love story filled with high adventure as they move toward an ending as turbulent as the weather on a Himalayan peak.”—
Lambda Literary

© 2016 By Yolanda Wallace. All Rights Reserved.

Most of my books are inspired by conversations that begin with the famous last words, “What if?” This book is no different.

My wife and I were on vacation in Mexico when we noticed the security personnel patrolling the beach next to our resort. Two tequila shots later—okay, maybe three—
24/7
began to take shape.

Travel and food are two of my favorite pastimes. I was able to indulge my love of both while writing this book. I hope you enjoy the journey.

My thanks, as always, to Radclyffe for taking a chance on me when she signed me to my first contract, to Cindy Cresap for making me a better writer one editor’s note at a time, and the rest of Team BSB for their hard work and dedication behind the scenes. You rock!

Thank you, Dita, my wife/travel companion/first reader, for always being there whether I feel the need to experiment with a new recipe, plan a trip, or talk through a plot point.

And last but not least, thank you to the readers for your continued support and encouragement. You make the late nights and long weekends worth every second.

Thank you for choosing me as your travel partner.

Finn Chamberlain settled into her seat at the bar closest to her gate and ordered a Corona, having learned long ago that Mexico’s signature beer tasted far better on the north side of the border than it did in its home country. As soon as her plane landed in Cancún, it would be Presidente all the way.

After the bartender placed the beer in front of her, Finn took a long draw from the bottle and checked her watch. Only two more hours before her plane departed Dallas/Fort Worth International Airport for the last of her series of flights. Perhaps one day, she thought with a sigh, she could convince Brett Madison, her editor, to pop for a direct flight instead of one with a slew of connections. But she wasn’t holding her breath.

Direct flights were more expensive, and Brett—like most people in charge of the slowly dying medium known as print magazines—liked to keep operating costs low whenever possible. If the circulation numbers didn’t start trending upward soon, Finn feared she might find herself strapped to the wing or shoved in the cargo hold instead of sandwiched between two strangers in coach on her next flight. No matter. As long as she got where she was going, she didn’t care how long it took to get there or how many “inadvertent” elbows she received from her traveling companions along the way. Being able to tick another country off her bucket list made everything worth it in the end. Usually. The nasty case of dysentery she caught in Mozambique a few years ago had put her theory to a serious test. And the horde of pickpockets in Rio had nearly caused her to lose her faith in humanity. But that was then. This, as they say, was now.

“Is this seat taken?”

Finn looked away from the talking heads on one of the flat-screen TVs mounted above the bar. She tuned out their discussion of the travails of the latest multimillionaire athlete with impulse control issues and turned to face a beautiful Hispanic woman with tawny skin, shining black hair, and the brownest eyes she had ever seen.

“No, it isn’t.” Finn nudged her backpack and rolling carry-on out of the way with her foot. “Feel free.”

“Thanks.” The woman straddled the bar stool, dropped a rucksack between her feet, and raised a hand to get the bartender’s attention. “I’ll have what she’s having,” she said in slightly accented English before flashing a dimpled grin. “I’ve always wanted to say that.”

“Yeah, me, too.” Finn wanted to kick herself for not coming up with something more original, but she felt so tongue-tied she could barely remember how to speak English, let alone form coherent sentences. Wit was too much to ask.

Finn turned back to
SportsCenter
, but regarded the woman out of the corner of her eye. The woman was wearing a form-fitting white Henley with the sleeves pushed up to her elbows, revealing wiry but powerful-looking forearms. Her jeans fit her like a second skin, hugging narrow hips and corded thighs. Her black boots and olive rucksack hinted at a military background, but her ramrod-straight posture and squared shoulders truly brought the image home. Finn took another sip of her beer and considered the unlikely possibility that her accidental encounter with her new drinking buddy could be the first of many instead of the once-in-a-lifetime meeting it would probably turn out to be. Nah. No way she could ever get that lucky. Not in this lifetime.

The woman wiped her hand on her jeans and extended it toward Finn. “My name’s Luisa. What’s yours?”

Finn introduced herself, impressed—and a little aroused—by the firmness of Luisa’s handshake. Strong women had always been her weakness. And even though they had just met, she could already tell Luisa was a 5′8′′ bundle of kryptonite.

“This may seem like an odd request,” she said, “but will you take my picture?”

Finn pulled a miniature Porky Pig figurine from her backpack and offered Luisa her phone.

Finn glanced at the toy in her hand while Luisa lined up her shot. “It seems stupid, I know, but I take him with me on every trip. He has nearly as many passport stamps as I do.”

“Is he your mascot or your good luck charm?”

Luisa pressed a button on the phone’s display screen. Finn heard an automated click as the camera captured her image.

“A bit of both, I guess. I bought him while I was on spring break during my freshman year of college. We’ve been hanging out together ever since.”

“I’ve always admired his fashion sense,” Luisa said after she returned Finn’s phone. “The blazer and bow tie with no pants thing is rather daring, don’t you think?”

“Porky’s my role model in some things, but not in others.” Finn slipped her phone into her back pocket. “When I want fashion tips, I turn to She-Ra. She’s a much snappier dresser than Porky. In fact,
Cosmo
once named her one of the fifteen most stylish cartoon characters of all time.”

Passion's Series by Adair, Mary
The Scarlet Kimono (Choc Lit) by Courtenay, Christina
The Woman Who Went to Bed for a Year by Sue Townsend
El sol desnudo by Isaac Asimov
For the Longest Time by Kendra Leigh Castle
Hundreds and Thousands by Emily Carr
Salome at Sunrise by Inez Kelley
The Grey Pilgrim by J.M. Hayes
Match Made in HeVan by Lucy Kelly
Death Among the Ruins by Pamela Christie