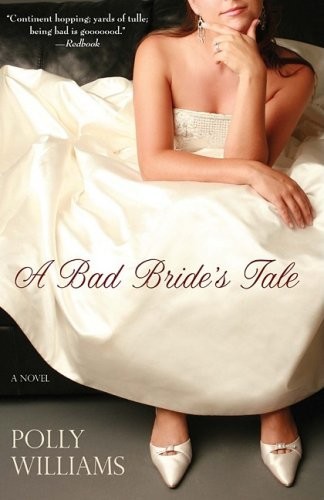 Patti—abbreviated from Patricia after a… 15

THE GREEN VW GOLF SCREECHED TO A HALT ON COWLEY… 27

SAM PADDED QUIETLY ACROSS THE LAWN TOWARD

DESPITE BEING LOCKED INTO HIS OWN BUBBLE OF

BEHIND A SHEET OF SHIMMERING GLASS, SEVENTY

WAS SIXTEEN BIKINIS TOO MANY? COULD SIXTEEN

“I AM DELIGHTED TO BE ABLE TO DECLARE YOU MAN… 76

POPPY HITCHED UP HER DOVE-GRAY MATRON-OF-HONOR

THE FIRST DANCE—DOLLY PARTON’S “ISLANDS IN

AS ALWAYS, KATY NORRIS MADE SURE SHE GOT UP FROM… 123

SITTING OUTSIDE THE SPA, WAITING FOR HER MASSAGE,

THREE AND A HALF HOURS LATER, HER MUSCLES STILL

STEVIE UNSCREWED THE LID OF THE BROWN GLASS

SEB ROLLED OFF KATY, SLIPPING OUT OF HER WITH A… 173

STEVIE STARED, TRANSFIXED BY THE VEINS IN TOMMY’S

DOES LOVE IN YOUR THIRTIES MEAN WANTING THE

RITA LAY ON THE SOFA, HER FURRY SLIPPER-SHOD

ON THE BUMPY TAXI RIDE FROM JFK, STEVIE GAZED OUT… 220

EVERY TIME STEVIE FELT A KICK OF NUPTIAL

KATY THOUGHT IT WAS SEB’S CHEST, RISING AND

PATTI WEDGED A TRAY ON HER HIP AND KNOCKED ON… 274

THE BACK DOOR SLAMMED. STEVIE LOOKED AROUND

STEVIE DIDN’T SHOW UP TO WORK ON TUESDAY. FOR THE… 319

“I THOUGHT YOU’D DIED OR SOMETHING,” SAID LARA,

KATY HUNG UP ON SEB, THE RECEIVER MAKING A SATISFYINGLY… 331

STEVIE CHECKED HER WATCH. SHE WAS RUNNING LATE.

Acknowledgments About the Author

Other Books by Polly Williams Credits

stevie jonson switched on her laptop. wobbling
on the shelf of her bent knee, it washed her round, pale face with green light, leaving the rest of the bedroom in darkness. It was 1:23
a.m.
She knew what would happen if she shut her eyes. Her wedding—since midnight, only thirteen days, fourteen hours away—had assumed a voice of its own and it was a voice that grew louder as her head sank toward her pillow, whispering questions about monogamy and seating plans, and humming an unbearable rotation of late-eighties disco classics. It hung above her head like a shadow made from thousands of tiny black question marks. She hadn’t slept properly for days. Unable to face another night of in- somnia, Stevie decided to push her tiredness to the limits and stay up as long as possible. This way she would surely fall asleep even- tually, her exhaustion the stones in her pockets that would plunge her into mercifully blank depths.

In the meantime, alcohol would help. She leaned over to the side of her bed, picked up the glass from the side table, and took the last gulp of gritty red wine. Feeling fortified, she checked her e-mails.

Nothing interesting. She foraged among eBay’s handbags. Nothing interesting. She clicked on an intriguing site she’d bookmarked earlier that week. “Work Out Your Real Biological Age in Ten Minutes.” Possibly amusing. The health interrogation took forever. Finally, she ticked the last box. She stabbed the Enter key. The mo- dem whirred. The website did its math. Her biological age was . . . thirty-
seven
. Oh. Not so amusing. Stevie was thirty-four years old.

She slumped heavily on the pillows, pushing them down into the dark, drafty gap between bed and wall. Blasted computer. She now felt older than thirty-seven. She felt forty-seven. No, eighty- seven. She was mortal. She was going to die, probably prematurely. She attempted to figure out what she’d done so wrong. It was like trying to recall drunken antics at a party the morning after. Okay. She’d been partial to a Marlboro Light in her twenties, but hadn’t everyone? Skinny jeans weren’t an option, but she certainly wasn’t obese, a size 12 or 14, depending on the shop and the season. She didn’t bake: There was little incentive when the sun just gave her more freckles. So why did she need a preservation order? Stevie sucked in her breath, locking it in her throat as she read. Okay. Aunt Sue’s breast cancer; grandfather’s midlife stroke; caffeine and sugar intake; aversion to gyms; irregular flossing. Oh, and the fact that she hadn’t breastfed a baby. Funny, that.

Stevie slapped the laptop lid down hard. Biology was blunt, tactless. And it was beginning to seriously piss her off. Only last month, her GP, forgetting his bedside manner during a routine contraceptive assessment, dryly informed her that at “her age” (an- tique, obviously), she should perhaps be more concerned about de- clining fertility than avoiding conception. As if childlessness was a “lifestyle choice,” as opposed to the way life turned out. In re- sponse, she’d shrugged like a defiant schoolgirl and, in her eager-

ness to leave the clinic’s steely statistics, snatched her contraceptive prescription renewal out of the doctor’s scrubbed-pink hands, their fingers touching fleetingly. With cruel synchronicity, that night she’d found her first gray hair, pale and curly as an alfalfa sprout.

Stevie squinted as daylight flooded the bedroom. “No.” She smiled sleepily at her younger sister, pregnant and already mother of two children under five. “I don’t expect sympathy.” Yawning, she clambered out of bed, one bare foot, then the other, softly slapping the gnarled pine floorboards. At the sink, she splashed cold water on her face and inspected her reflection in the round, toothpaste- speckled mirror: a pillow mark bisected her left cheek like a scar; tired, pollen-brown eyes; hair fuzzy with the static of sleep and dreams. In fact, she looked as if she had been on some kind of ad- venture during the night and had just managed to scramble back to bed before dawn. In a way, she had, she thought, patting her face dry with a towel, wishing she could shake the remnants of last night’s dream from her head like water.

It was a recurring, unsettling dream, which had woken her up with a start a few seconds before Poppy had pulled back the cur- tains. It hadn’t involved the wedding or even the website. It had

involved Jez’s lip. In particular, the way his upper lip got stuck to his front teeth first thing in the morning. He’d smile and the lip would stretch and pale. It ignited a disproportionate reaction in her, making her flinch away as if assaulted by a particularly fetid blast of breath. And now the lip seemed to have penetrated her subconscious. When had she first started noticing the lip? Four or five months ago, possibly. Had the lip always stuck to the tooth? It seemed rather unlikely that this was a new phenomenon. Relation- ships are destroyed by details. Could the lip be the tipping point?