Read A Bee in Her Bonnet Online

A Bee in Her Bonnet 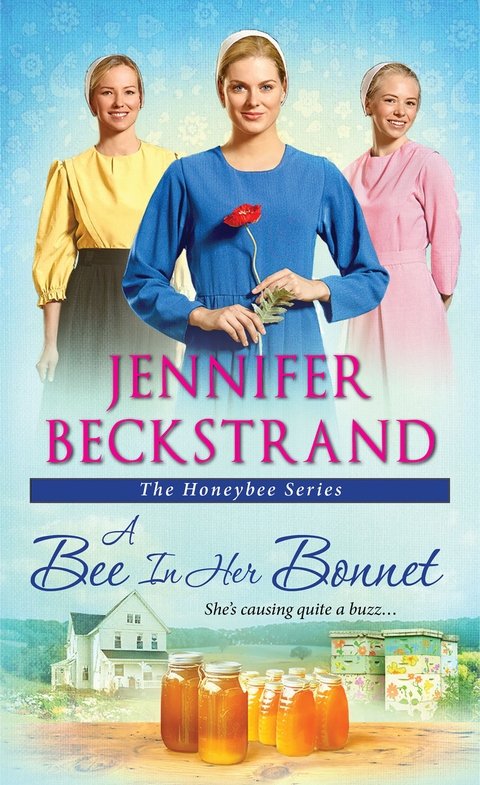 WORDS FROM THE HEART
“You are a stubborn, feisty, unconventional girl, Poppy Christner, and I love you so much I can't sleep at night.”
It was a
gute
sign that she seemed more surprised than upset. “Are you teasing me, Luke Bontrager? I don'tâ”
“You don't need me. Of course you don't need me, but I need you so bad my bones ache. I'm stupid and arrogant, and I've been cruel just because I wanted to be right. I've hurt your feelings a thousand different ways and lectured you up one side and down the other. There is no reason in the world that you would ever love me, but I'm asking it anyway.”
A slow, tentative smile formed on her lips. “Really?”
“For sure and certain ...”
Books by Jennifer Beckstrand
Â
Â
The Matchmakers of Huckleberry Hill
HUCKLEBERRY HILL
HUCKLEBERRY SUMMER
HUCKLEBERRY CHRISTMAS
HUCKLEBERRY SPRING
HUCKLEBERRY HARVEST
HUCKLEBERRY HEARTS
Â
The Honeybee Sisters
SWEET AS HONEY
A BEE IN HER BONNET
Â
Â
Published by Kensington Publishing Corporation
A Bee In Her Bonnet
JENNIFER BECKSTRAND