Read A Bite to Remember Online

A Bite to Remember 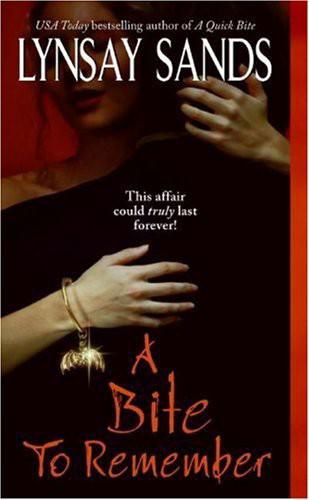 A Bite To Remember

“Vincent? Are you there? If you’re there, pick up the…

“So the call was from your production assistant, telling you…

Jackie stood to investigate the woman looking for Vincent, only…

Vincent rolled over, opened his eyes and peered at the…

Jackie stared down at her chili and ground her teeth…

Vincent was disappointed when he returned to the kitchen to…

“Perfect timing,” Tiny announced as Jackie and Vincent stepped into…

“Where’s Jackie?” Vincent asked the question between bites of the…

“I’m guessing this is Stephano Notte?” Jackie asked, unable to…

Jackie pushed the button to open the driveway gate, moved…

The nightclub was loud, hot, dark, and crowded.

The storeroom was empty when Jackie opened the door, and…

It was a piercing shriek that woke Vincent up. He…

“I thought you might be hungry,” Vincent said as he…

“Neil must have closed down the office so everyone could…

“Slow down,” Jackie laughed as Vincent charged up the stairs.

If Lily was immortal, why did she have hazel eyes?

“You may as well stop pretending. I know you can…

Other Books by Lynsay Sands

When he nodded, she stuck out her hand. “I’m Jackie Morrisey and this is Tiny McGraw. I believe Bastien called you about us?”

Vincent stared at her hand but—rather than take it—pushed the door closed and lifted the phone back to his ear as he turned away. “Bastien, she’s
mortal!”

“Did you just slam the door in Jackie’s face?” Bastien asked with amazement. “I heard the slam, Vincent. Don’t be so damned rude.”

“Hello!”
he said impatiently. “She’s
mortal
. Bad enough she’s female, but I need someone who knows about our ‘special situation’ to deal with this problem. She—”

“Jackie
does
know,” Bastien said dryly. “Do you think I’d send you an uninitiated mortal? Have a little faith.” A sigh traveled down the phone line. “She has a bit of an attitude when it comes to our kind, but is the best in the business. Now open the door for the woman.”

“Vincent? Are you there? If you’re there, pick up the phone.”

Vincent Argeneau forced one eyelid upward and peered around the dark room. His home office, he saw, managing to make out the shape of his desk by the sliver of light coming through the door cracked open to the hallway. He’d fallen asleep on the couch in his office.

“Yeah?” He sat up and glanced around for the owner of that voice, then realized it was coming through his answering machine on the desk. Giving his head a shake, Vincent got to his feet and stumbled across the room. He snatched up the cordless phone, dropped into his desk chair, and growled, “Bastien?”

“Vincent? Sorry to wake you, cousin. I waited as late as I could before calling.”

Vincent grunted and leaned back in the chair, running his free hand over his face. “What time is it?”

“Five
P.M.
here in New York. I guess that makes it about two there in L.A.,” Bastien said apologetically.

“Two,” Vincent muttered. No wonder he was exhausted. He’d been up until 9
A.M.
dealing with phone calls, then had drawn the blackout curtains in the room and lain down on the couch here rather than go to his bed. He hadn’t wanted to miss Bastien’s call.

“Yeah.” Vincent scrubbed his hand over his face again, then reached out to turn on his desk lamp. Blinking in the increased light, he said, “I’m up. Were you able to get a hold of that private detective company you said was so good?”

“That’s why I couldn’t call any later than this. They’re on their way. In fact, their plane was scheduled to land at LAX fifteen minutes ago.”

“Jesus!” Vincent sat up abruptly in his seat. “That was fast.”

“Jackie doesn’t waste time. I explained the situation to her and she booked a flight right away. Fortunately for you, she’d just finished a big job for me and was able to put off and delegate whatever else she had on the roster.”

“Wow,” Vincent murmured, then frowned as he realized what Bastien had said. “She? The detective’s a woman?”

“Yes, and she’s good. Really good. She’ll track down your saboteur and have this whole thing cleaned up in no time.”

“If you say so,” Vincent said quietly. “Thanks, Bastien. I appreciate it.”

“Not a problem. Happy to help.”

Vincent opened his mouth to speak, then paused as he heard a woman’s muffled voice in the background. He began to grin. “Is that Terri?”

“Yes. She says hello, and says to warn you—” He paused to clear his throat. “Er…Vincent, mother is on her way out there too.”

“What?” Vincent stood abruptly. The news was rather shocking. Aunt Marguerite hadn’t visited his home in decades. Usually, he visited her in Canada. She’d chosen the worst possible time to decide to visit sunny California. “Why?”

“Er…well, that’s a funny thing really.” Bastien gave a nervous laugh. “It seems she’s come to the conclusion that you may be lonely and depressed.”

“What!” Vincent gaped at the phone.

“Yeah. She thinks your being here in New York and witnessing Terri and I getting together—as well as seeing my siblings with their life mates—may have upset you, your still being single and all. She seems to think you may need cheering up or maybe some help seeing to the situation.”

“Dear God,” Vincent muttered, raking one hand through his hair.

“Yeah, I thought you might feel that way,” Bastien said sympathetically. “I did try to dissuade her from going, but…You know how my mother is once she gets an idea into her head.”

“She’s on a later flight,” Bastien informed him. “She won’t arrive until six o’clock your time and she’s arranged for a car rental so you won’t have to pick her up.”

“Does she know about what’s going on here?”

“No,” Bastien said. “And unless you want her interfering, I suggest you not tell her.”

Vincent gave a bark of laughter. Interfere was an understatement. If Marguerite Argeneau knew someone was sabotaging her nephew’s business, she’d be determined to track them down and sort it out. She was very protective of those she loved and he was fortunate enough to count himself in that category.

“Just stick her in a guest room, give her a bunch of tourist pamphlets, and let her entertain herself,” Bastien suggested. “She’ll get bored and move on eventually.”

Vincent grimaced, thinking nothing was ever that easy. “I’m guessing I wasn’t expected to pick up this Jackie and…” He paused, trying to recall the second name Bastien had mentioned.

“Tiny,” he supplied. “No, they’ll have a rental too. Otherwise I’d have called sooner.”

“I’m guessing you probably have about half an hour before they get there. I figured that was enough time to get ready.”

“Okay. I guess I’ll let you go wake yourself up before they arrive.”

“Yeah, okay. Hey, tell Terri—” Vincent paused and glanced toward the hallway as a knock sounded at his front door. Frowning, he stood and headed out of the office, taking the cordless phone with him. “Hang on. There’s someone at the door.”

“That’s probably the package I sent out for Mom,” Bastien said. “If so, you’ll have to get it in the refrigerator right away.”

“Must be nice having your meals prepared and delivered,” Vincent said dryly as he walked up the hall.

“We’ll eventually sort that out too, cousin,” Bastien said quietly, and Vincent felt guilty for bellyaching. Bastien had set his scientists to work on finding a cure for his problem years ago. If there wasn’t one yet, it wasn’t for lack of trying.

“Is it the blood?” Bastien asked as Vincent pulled the front door open.

“Umm…no,” he answered, his gaze running over the duo on the marble step before him. He’d never set eyes on such an unlikely pair. The woman was blond, the man a brunette. She was extremely short and curvy, he was a great behemoth of a man who stood well over six feet. She was dressed in a black business suit with a crisp white blouse underneath, he wore casual cords and a sweater in pale cream. They were a study in contrasts.

When he nodded, she stuck out her hand. “I’m Jackie Morrisey and this is Tiny McGraw. I believe Bastien called you about us?”

Vincent stared at her hand, but—rather than take it—pushed the door closed and lifted the phone back to his ear as he turned away. “Bastien, she’s
mortal
!”

“Did you just slam the door in Jackie’s face?” Bastien asked with amazement. “I heard the slam, Vincent. Jesus! Don’t be so damned rude.”

“Hello!”
he said impatiently. “She’s
mortal
. Bad enough she’s female, but I need someone who knows about our special situation to deal with this problem. She—”

“Jackie
does
know,” Bastien said dryly. “Did you think I’d send you an uninitiated mortal? Have a little faith.” A sigh traveled down the phone line. “Look, her father started the Morrisey Detective Agency and did lots of work for us. She’s known about us since she was in her late teens and has always kept the secret. Jackie has run the company since her father’s death. She has a bit of an attitude when it comes to our kind, but is the best in the business. Now, open the goddamned door for the woman.”

“But she’s mortal and…a girl,” Vincent pointed out again, still not happy with the situation.

Vincent scowled at the phone and almost dialed him back, but then thought better of it and returned to the door. He needed help tracking down the saboteur out to ruin him. He’d give Ms. Morrisey and her giant a chance. If they sorted out the mess for him, fine. If not, he could hold it over Bastien’s head for centuries.

Grinning at the idea, Vincent reached for the doorknob.

“The nerve of the man!” Jackie scowled at the door that had just slammed shut in her face. She was exhausted after their long flight and this was the last welcome she’d expected after dropping everything to fly out here to help Vincent Argeneau.

“It isn’t the warmest reception we’ve had,” Tiny agreed, his voice as deep and powerful as mountains shifting.

Jackie snorted at the understatement, then glanced at the big man curiously as he moved sideways on the wide marble stoop under the portico at the entrance of the two-story mansion. She raised an eyebrow in question as he peered through one of the narrow windows on either side of the entrance, but was then distracted by the low murmur of a voice coming from the other side of the dark oak door.

Five Families: The Rise, Decline, and Resurgence of America's Most Powerful Mafia Empires by Selwyn Raab
The Weightless World by Anthony Trevelyan
Nothing More than Murder by Jim Thompson
Breakaway by Maureen Ulrich
Jesus Freaks: The Prodigal (Jesus Freaks #2) by Andrea Randall
Long Blue Line: Based on a True Story by E. McNew
Teaching the Earl by Amelia Hart
Morir a los 27 by Joseph Gelinek
Jim Morgan and the King of Thieves by James Matlack Raney
Black Star Nairobi by Mukoma wa Ngugi