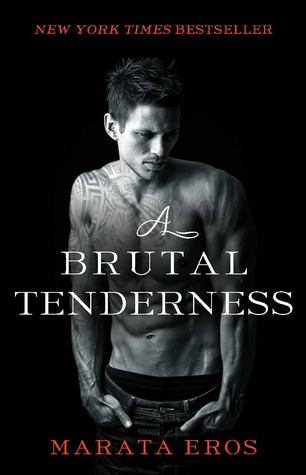 Do not quote for publication until verified with the finished book.
This advance, uncorrected reader’s proof is the property of Simon
& Schuster. It is being made available for promotional purposes and
review by the recipient and may not be used for any other purpose or
transferred to any third party. Simon & Schuster reserves the right to
terminate availability of the proof at any time. Any duplication, sale or
distribution to the public is a violation of the law. This file will no longer
be accessible upon publication of this book.

There are two sides to every story. In this dark and sexy companion novel to
the
New York Times
bestseller
A Terrible Love
, experience the sizzling
passion and pulse-pounding suspense through FBI agent Cas Steele’s eyes as
he hunts down a psychopath...and falls for the killer’s prey.

Cas has been charged with an unsavory task: manipulate the hauntingly beautiful
Jewell MacLeod—a woman he has every reason to hate—and slowly gain her trust in
order to use her as bait to lure in a killer. But as the killer draws closer, Cas realizes
that he can’t deny the scorching chemistry that ignites between him and Jewell, even if
giving into his physical desire for her means jeopardizing his mission...and opening
himself up to the possibility of a real and terrible love...

Marata Eros
is the
New York Times
and
USA TODAY
bestselling author of dark, romantic new
adult novels, including
A Terrible Love
and its companion novel
A Brutal Tenderness
. A passionate
writer who loves interacting with her readers, Marata lives in South Dakota with her husband.

For my readers:
It’s here because of you.
“ You’re the One”
By Rev Theory

I watch from a distance as the umbrellas become a tangled
wen of black, linked together by mourning.
Theirs.
Mine.
My hands grip my long-range binoculars, special issue.
With a flick of my wrist, I snap them open and feel rage,
impotent rage. Faith, who was like a sister to me, is being
lowered into the ground, and that merciless fuck walks free—a
pretender among those of us who grieve, those of us who will
never be the same again without her. I want to kill the bastard
who stole my Faith. Dead because of a coincidence that I
might have stopped. If only I’d paid closer attention. If only I’d
been prepared. The guilt batters against my soul, unforgiving,
insistent.
“Cas . . .” Agent Luke Adams begins.
“Don’t,” I say. In my peripheral vision, I see Luke breathe
out in a frustrated hiss. He says something low into the mike
hidden underneath his protective gear, wrapping him in false
safety against guns and most knives. A cloak of protection that
won’t be needed today.
We’re following direct orders. The senator of South Dakota’s
son, Thaddeus MacLeod, will not be taken into custody,
even for the hint of a whisper of questioning. Circumstantial
evidence and a high-profile family have kept our team of FBI
waiting for the go we’re not going to get.
We’re crippled by politics and protocol. The senator, a newly
anointed presidential candidate, will not have his bid for the
highest office in the country threatened because a group of FBI
operatives determines that his son is the most obvious suspect
in this murder. Hell, I don’t even need evidence; my gut tells me
it’s him: Thaddeus MacLeod raped and murdered my cousin
while the spoiled bitch she had taken under her wing listened
in the safety of a nearby closet. Doing nothing to help, nothing
to stop it.
I tried to shove away the memories of her recorded
recounting. But I’m haunted by parts of Jewell MacLeod’s
confession. She did not speak for two days after being found
in that dark hole of torment. But when they finally got her
talking, it was clear that she’d been living in a special kind
of hell since it happened. A hell she created for herself by
listening to another die and yet doing nothing.
Saying nothing.
Choosing to do nothing.
My skin crawls as my eyes move over the crowd of
mourners, my gaze traveling past Jewell’s stepmother, in a
crimson dress, before they reach Jewell, dressed in black, her
red hair burning from the distance I’m keeping from her. I’ve
seen the tapes. I know her face. I’m not a fan of the Witness
Protection Program; the ones we protect should be aware of our
protection. That she will, but I understand why it’s necessary.
Given Jewell’s public position and the delicacy of the mission,
we want an ironclad acquisition and subsequent conviction.
My eyes narrow as I watch her, the woman Faith protected
with her life and who now plans to flee. The FBI is deep into
the MacLeods’ lives, a finger in every pie, and her emptied
trust account first alerted us. Just as the acquisition of her
new identity—provided by FBI, unknown to her—confirmed
our suspicions. Luring the suspected killer into our hands is a
dance of strategy and unorthodox methods. In this case, Jewell’s
ignorance keeps the advantage in our favor. If she were to know
that we protect her, her behavior might reflect that and give
the killer subtle signals to stay away. Just as we need him to get
close.
A smile spreads across my face. She’s unknowingly tipped
our hand, shown what her plans are and therefore pegged
herself as the first person to be in Witness Protection without
realizing it. It’s really perfect, I think.
The program will give her a sense of control. She doesn’t
know she’ll be a pawn in our pursuit of the murderer, Thad, that
bastard stepbrother of hers.
My gaze shifts to Thad. Tall and good-looking, a poster
child for prodigal son, and I see the monster that Faith told me
about lurking beneath the veneer.
I try to shake off the shattered remnants of my haunting
guilt. But it grips me, carrying me off on the current of my
memory like a captured leaf, forever churning as the water of
my emotions takes me back to the night that Faith called me.
And I didn’t answer.

“Come on, ass wipe, don’t be a sissy girl. Bring it,” Luke Adams
goads from above me as I toss my head to the side to shake
off the sweat that runs into my eyes. The beads fling like paint
spatter as I grunt and slam the bar high, locking my elbows as I
ram the bar into his palms, and Luke smiles like the ass clown
he is. I strain for balance, the huge discs forcing grace when I’m
tired as shit.