Read A Change of Plans Online

A Change of Plans 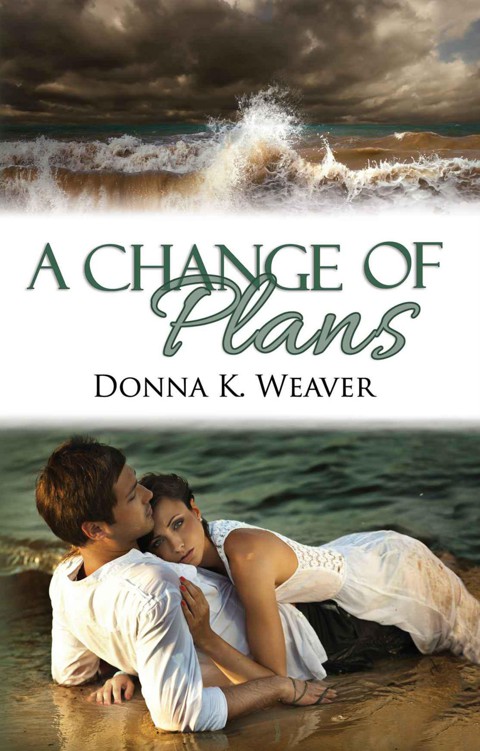 “A Change of Plans
will keep readers up way too late in this fast-paced tale of love lost and found again.”

~Melanie Jacobson, author of
The List, Not My Type,
Twitterpated,
and
Smart Move

“A Change of Plans
is lots of romance sprinkled with pirates, shipwreck, and adventure. Donna Weaver spins a tale that you will fall in love with, think about for days afterward, and then go back and read again. I laughed, I cried, and I couldn’t put it down.”

“A captivating tale of love, grief, and hope that will tug at your heartstrings until the very end.”

~Laura Josephson, author of
the
Rising
series and
Confessions
from the Realm of the Underworld

“When someone says pirates and novel in the same sentence, I usually say, ‘Thanks, but no’. Not in this case. Ms. Weaver brings a warm humor to her story of romance, travel, and overcoming skeletons in one’s past with her vivid characters and delightful scenes.” 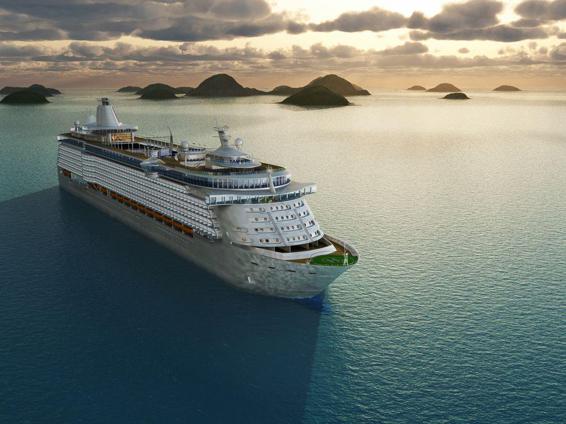 S
TARING AT
the cruise ship, a shiver of anticipation ran through me. After almost a year spent saving on a high school teacher’s salary, I could hardly believe we were here. Even the clank of luggage and supplies being loaded intensified my excitement, and I decided the rare blue Seattle sky had to be a good omen. Elle was right. This trip would be just the diversion I needed. But I would never admit that to her, or she would keep trying to run my life like she had since kindergarten.

I watched with amusement as she stretched up on her tiptoes, scanning the crowded dock. “Looking for handsome pirates?”

“Oh, please,” she snorted. “Modern pirates don’t look like Johnny Depp. Besides, there aren’t supposed to be any in the Pacific Ocean.”

“Johnny might be a little tall for you, anyway. Maybe we can find you a handsome Hobbit in New Zealand.” I kept a straight face.

She fixated me with a mock glare and opened her mouth to retort, but something caught her eye and her reply died on her lips.

“What’s wrong?” Alarmed, I started to turn around.

Elle grabbed my arm to stop me. “Don’t look, but there’s a guy over there watching you.”

“Sure he’s not watching
you
?” I tried not to peek in the direction she had indicated.

“I know when guys are watching me.” She wasn’t being arrogant, just honest, and after twenty years, I should have known better than to ask.

The man supposedly eyeing me had just finished checking in, and we ended up next to him and his group as we made our way to the ship.

He was tall. Really tall. At nearly six feet myself, I paid attention when guys were taller than me. I caught a whiff of pleasant cologne.

Elle gave him a sideways glance, and I casually turned my face in his general direction. He
was
looking at me. When our eyes met, he looked away and said something to a little girl whose hand he held.

That’s what she said about every guy she tried to set me up with. “Looks like he has a daughter.”

Elle shook her head, keeping her voice low. “I overheard them. The little girl called him uncle. She belongs to the couple he’s with.”

As we went up the gangway, I squinted at the ship’s
balconies, wondering which one might be ours. I paused on the threshold and took a deep breath, hoping to capture this memory. The interior smelled like a hotel, lacking the engine stink I remembered from my single day-cruise experience. Several feet ahead, Elle signaled for me to catch up.

I hurried over, and we stepped inside an elevator. I turned to face the doors and found myself meeting the eyes of the tall man in the elevator opposite ours. He nodded and didn’t break eye contact until the doors closed.

Flushing, I remained silent as the elevator moved, wondering about the guy. He looked a few years older than me ... I stopped that train of thought. Elle was already sucking me into her nefarious plan to get me dating again. My plan was to read a lot of books.

And get past the first anniversary of Jace’s death.

We rode to the lido deck, where we had been instructed to eat and entertain ourselves. Elle turned toward the taco makings spread out on the buffet and reached for the tongs.

“You’re brave.” I moved behind her. “We have five days at sea before Hawaii.” I nodded toward the taco shell. “Won’t be as tasty coming up as it was going down.”

She glanced over her shoulder at me. “All the more reason to enjoy it in at least one direction,” she said with a wink.

The smell of broiling meat drew me to the grill. While I doctored my burger, Elle headed straight to a nearly full table. She already had the ship’s schedule spread out for everyone to see by the time I got there. Sighing, I slid into the chair beside her and turned my attention to the food on my plate.

I hoped this wasn’t a sample of what was to come, the way she was already collecting ‘friends,’ acting like the last year hadn’t happened. We had agreed—I thought—that I would
have plenty of quiet time. I watched Elle as she immediately took control of the conversation, introducing herself and pulling the others into the discussion. Her knack for managing any social situation was one I had always envied, especially in high school. Eventually, I had learned to accept that I was just more reserved—and that was okay.

Social butterfly Elle would tell me what events I needed to attend. We had come to terms with our different social preferences once we had reached high school. Elle would have been out with friends every night, while I would have been happy with just the weekends.

Finishing, I pushed away my tray. “I wonder if I’ll fit in my clothes after eating like this for four weeks.”

Elle looked up from the schedule and grinned. “I’ll worry about it then.”

“Keep telling yourself that.” She liked her trim figure too much to overindulge too often. I stood. “I’m going to look around.”

She considered me, wary. “Don’t go signing me up for any tours. I won’t go with you to see the engine room.”

Laughing softly at the memory of the nasty little engine room on our day cruise, I went in search of the gym. Situated at the bow of the ship, it had an entire wall of windows. I sighed, standing in the warmth of the sunlight and imagining running on the treadmill with nothing but the ocean before me.

“Nice, yes?” asked a deep voice behind me.

I spun around and couldn’t help a soft gasp. Before me stood the most beautiful human being I had ever seen. A little taller than me and probably close to my age, he must have been a direct descendant of some Scandinavian god with his pale blond hair and light gray eyes.

He raised his hands. “I didn’t mean to startle you.” His voice had a hint of an accent I couldn’t place. “My name is Jori. Jori Virtanen.”

“Nice to meet you. I’m Lyn North.” I shook the hand he extended. Like the other guy, Jori also wore nice cologne, subtle and masculine. “Where are you from?”

“My parents and I emigrated from Finland about nine years ago.” Jori’s smile made him even more beautiful. He glanced at the wall of windows and said, almost to himself, “It will be interesting to do some sketching in here.”

“Are you an artist?”

He hesitated, his shoulders shifting a bit as though uncomfortable. “I hope to be someday.”

Curious. In my experience, beautiful people had a tendency to be self-absorbed. “Are you going to sketch the scenery in New Zealand?”

Jori nodded. “I do plan to do some drawing there.”

“Wouldn’t it be faster to fly?”

“I prefer to sketch people. What better place than a cruise ship for people?”

Remembering why I had come to the gym, I asked, “Have you seen any of the staff around?”

Jori’s eyes did a quick scan from my head to my feet, and my jaw tightened. “Are you interested in some of the classes?” he said.

“I want to see if it’s okay to use that open area by the door.” I indicated the location, taking a step toward the exit.

He arched a brow. “Are you a dancer?”

“No, I want it for karate practice.” At that moment, a staff
member entered the gym. “Well, it was nice meeting you.” I raised my hand in farewell. “I need to go talk with him and then meet my friend.”

Jori glanced at my left hand. “Your boyfriend?”

“Are you going to the departure party?” he asked before I managed to leave.

His pale eyes glittered. “Then I will look for you.” He did a little bow and left.

With a frown, I watched him leave. That incredible specimen of male perfection couldn’t have just been coming on to me. No way was I telling Elle about the encounter.

After getting permission to use the exercise area, I was about to leave the gym when the loudspeaker squeaked, and a voice announced that the cabins were ready. By the time I found ours, Elle had already put her things away and left a note on the table saying she had gone out to explore but would be back in a little while.

Let Go by Michael Patrick Hicks
The Seven Streets of Liverpool by Maureen Lee
Rowing Against the Tide - A career in sport and politics by Brandon-Bravo, Martin
Aiding and Abetting by Muriel Spark
Malia Martin by The Duke's Return
Dresden by Frederick Taylor
Thalo Blue by Jason McIntyre
Repo (The Henchmen MC Book 4) by Jessica Gadziala
Ice by Sarah Beth Durst
Sweet Nothings: A Karma Café Novella by Tawny Weber