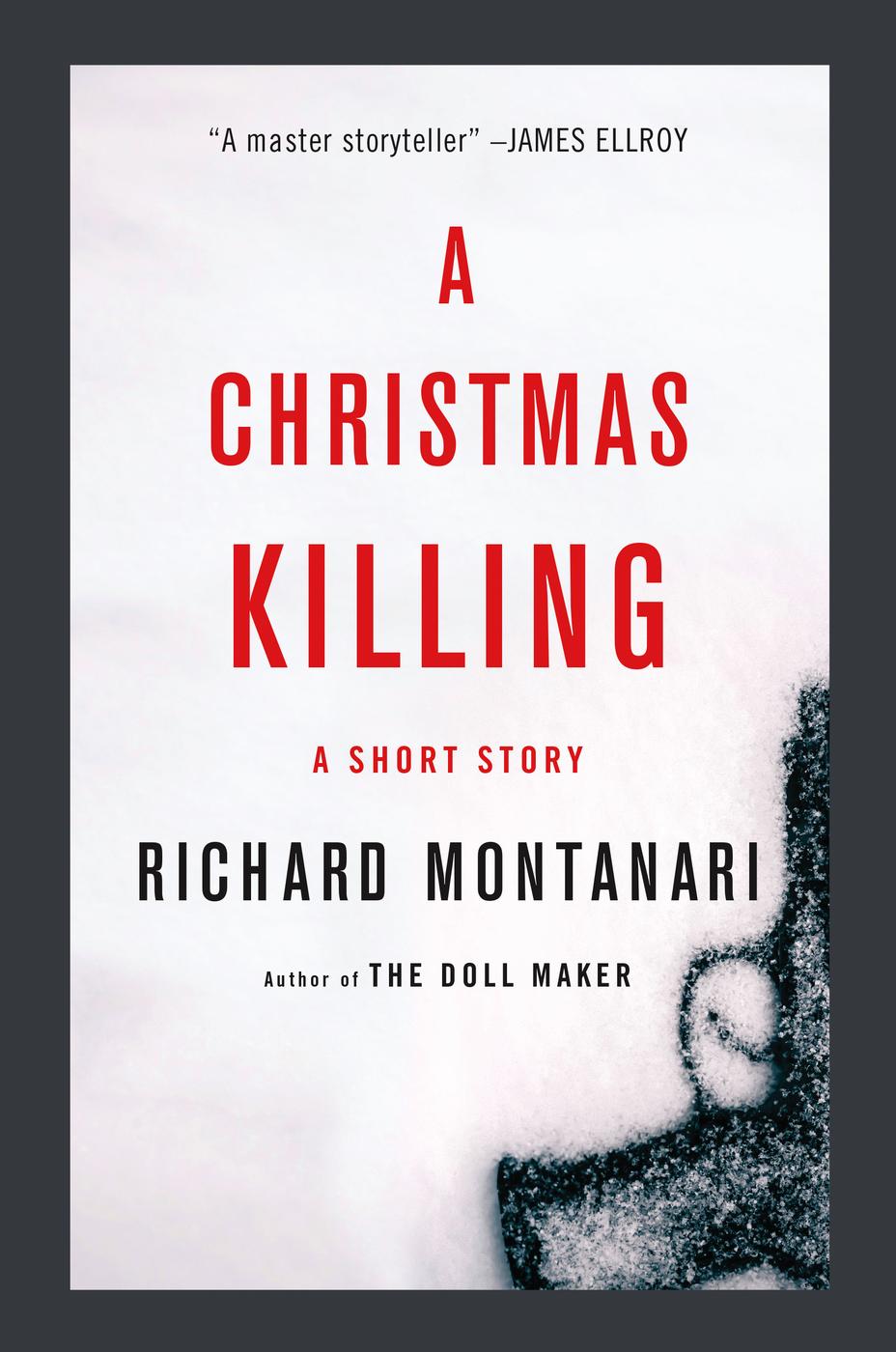 A Preview of
Shutter Man

The first time Detective Kevin Francis Byrne heard a reggae version of “The Little Drummer Boy” he was standing next to a pool of blood.

Each subsequent Christmas, whenever he heard any version of the song, it would remind him of this nightâthe gouache of lights on the street seen through the fogged windows, the mÃ©lange of long-boiled coffee and powdered sugar, the tang of road salt.

The heart of the memory, the shadow that crossed his dreams, was the young woman.

It was her blood.

It was Christmas Eve.

Since becoming a gold badge Detective Kevin Byrne had become known, division-wide, as a comer. As much as he shunned the limelight, he could find no argument against it. In the past year he had closed a number of mid- to high-profile cases, had twice made the newspapers, had twice stood behind both the commissioner and the mayor on TV.

Byrne knew that this reputation was partly dueâin great part, he would tell anyone interestedâto his being teamed with a lifer named Frankie Sheehan. Sheehan was a Two-Streeter in his late fifties, a family man who got married his senior year in high school, an outdoorsman who tied marabou jig lures in his spare time, sold them, and donated the proceeds to the Police Athletic League.

The running joke was that Francis Xavier Sheehan had been a cop so long that his badge number was in Roman numerals.

But now, in this brightly lit bodega, he looked every minute of his fifty-nine years. Maybe more. Sheehan had dropped twenty pounds in the past six months; his skin was sallow and soft, had a yellowish cast; his suit coats seemed to drape over his broad shoulders.

Byrne knew the man well, but not brother-cop well, not yet, not well enough to inquire after the man's health in any late-night, last-call detail. He wanted to, but hadn't yet found the moment.

Tonight felt like the right time. He would ask.

But first there was this job.

Byrne skirted the blood on the floor. Five big droplets near the front door of the convenience store, a pool near the end cap of a rack of bagged candy. The victim had begun to bleed out there.

Byrne checked his notes, a short summary compiled from what his supervisor had gleaned from the responding patrol officer's report.

According to the store's counter man, one Marko Tarasenko, the victim, a woman in her twenties, had entered the storeâa small food market near the corner of Christian and Stillman Streetsâat approximately eight pm, made a purchase, then left. Approximately five minutes later she returned, reentered the store, her face covered in blood. Just inside the door, without saying a word, she collapsed.

The responding officer noted that the woman's clothing had about it the smell of crack smoke, although no pipe or drugs were found in her possession. She had no ID of any kind.

Since crack had come to Philly, as well as the streets of every big city in America, it had figured more and more prominently in the urban matrix of crime and bloodshed.

Now, in the late 1980s, something in the neighborhood of one-third of the violent crimes committed in Philadelphia were, in some way, tied to the rock.

The victim, as yet unidentified, was in the ICU at Graduate Hospital. She was listed as critical.

The blood on the floor had not yet dried.

Marko was in his late twenties, a native of the Ukraine. He was five-six, one-eighty, with cropped blond hair, Billy Idolâstyle, and a gold hoop earring in his left ear. It looked like he pumped ironâbig biceps and tricepsâbut, it seemed, couldn't be bothered to do his crunches. A layer of snack-fat bulged his midsection.

After identifying himself and Sheehan, Byrne got down to business.

“So, you know this woman?” Byrne asked.

Marko shrugged. With the index finger of his right hand he traced something on the smudged glass counter, something unseen. It looked like a figure eight.

“What does she buy?”

The question was a hip shot. So was the answer. Marko was not new at this.

“Virginia Slims. Menthol,” Marko said. “I say they are bad for herâall cigarettes are bad, I usually not tell most customer thisâbut she always smile and tell me she got to die of something, yes? She buyâyou buyâI sell. This is job.”

“Does she ever come in with anyone?”

“What about credit cards?” Byrne asked. “Does she ever use a credit card?”

Marko shook his head. “No card. Cash only.”

Byrne nodded, paused. “Is that all she ever gets when she comes in here?”

“Sometimes she buy gum. Mints, maybe. Mentos, Life Savers, like this. For the breath. Other times she buy, you knowâ¦”

Marko trailed off. Byrne gave it a few seconds. When the man did not continue, he did. “No, I
don't
know. What else does she buy?”

Full blush. Another figure eight on the counter. “Yeah. Those. Like that.”

At that moment a customer came into the store. White guy, forties, little-dog nervous, junk skinny. He dialed both Byrne and Sheehan as cops, got interested in the Tastykakes, reconsidered, and pushed out the door.

Byrne figured the man had come in for the holy trinity of crack addiction: individual roses for the glass tube, Chore Boy scouring pads to use as a filter, disposable lighters.

This store, like every independent food mart in the city, sold them all.

As the man left Byrne looked at his hands, his clothes. No blood. No visible bruising. Byrne turned back to Marko.

“Was there anyone else in the store when this woman came in for the first time tonight?” he asked.

Marko thought for a few moments. “Yes. There was other woman in store. Old.”

Marko just stared, as if the question was rhetorical. In your twenties, it is, Byrne thought.

“Is this older woman a regular?” Byrne asked.

“So, you don't know her name either, or where she lives?”

“When the victim left, was there anyone on the sidewalk in front of the store?”

Marko looked out the window, at the street, as if the person might still be there. He looked back. “I don't see. I watch register, mirrors.”

Marko was talking about the half-dozen convex mirrors attached to the water-stained ceiling at the end of each aisle.

“So, you thought this other womanâthis older womanâmight be stealing from you?”

So far, Marko Tarasenko had not provided them with anything they could use. Byrne didn't even bother to ask the man about the so-called security camera over the register. The cable was dangling off the back.

“And that's all she bought tonight?” Byrne asked. “A pack of Virginia Slims?”

Marko reached under the counter, came up with a shoebox full of register receipts, rummaged through them. “No,” he said. “She also buy a can of STP.”

Byrne looked at Sheehan, back. “You sell brake fluid here?”

“Oh, yes. We sell everything.”

Byrne made the note, underlined it.

“When she left, did you see if she got into a car, a cab maybe?”

“And you didn't see her again until she walked back in here five minutes later.”

Unless and until the young woman died, this case would be logged and investigated as an aggravated assault, and would be a job for South Detectives, not the homicide unit.

For the time being, the assigned detectives were Francis Sheehan and Kevin Byrne.

While the Crime Scene Unit processed the scene, Byrne and Sheehan crossed the street, checked the angles. None of the stores were open, only a few people were home. As expected, no one saw anything.

The trail of blood leading to the storeâa handful of droplets, all but dissipated in the gray slush on the sidewalkâled them almost to the corner, then stopped.

After a quick cup of coffee at a diner on Lombard, the two detectives compared notes. Byrne called Graduate Hospital, and was told that there was no change in the status of the young woman.

“I have an idea,” Sheehan said.

Byrne knew enough not to question the man's process. He buckled his seat belt, put the Taurus in drive.

Ten minutes later, with Frank Sheehan having gone into a few bars, and made a few inquiries, they turned onto South Street.

Byrne slid the car to the curb, put it in park, kept the engine running.

Sheehan pointed to a pretty young woman standing in the doorway of a three-story row house. “See her?”

Not enough for the cold winter wind, Byrne thought. The temperature was dropping fast.

They strode onto the sidewalk. Sheehan hugged the young woman. When they broke the embrace Sheehan stepped back, looked at Byrne.

“Detective Kevin Byrne, this is Ava.”

“May I call you Kevin?” she asked.

Ava held their handshake a coquette's moment. Byrne knew she was working him, but it was not the first time, not by a margin. He returned the smile.

“Ava and I go way back,” Sheehan said.

Ava laughed. “
Nobody
goes as far back as you,” she said. “Moses, maybe. Maybe his daddy.”

“How's your little one?” Sheehan asked.

Sheehan made the sign of the cross. “I'll say a novena for you.”

“Not good,” Sheehan said. “I need to show you something. A picture.”

A pause, followed by a deep, vaporous breath. Then: “Okay.”

“It's not pretty, Ava. I just want to warn you about it.”

Ava looked at Byrne, as if he might be able to soften whatever blow was headed her way. Byrne wanted to offer her quarter, but there was none to be had.

Sheehan took out the Polaroid, the photograph of the victim taken by the responding officer. He tapped it on his left palm a few times, turned it over, showed it to Ava.

“Do you know her?” Sheehan asked.

“She is not,” Sheehan said. “She's at Graduate. Vitals are good.”

Ava took a few moments, wiped a tear from her cheek, nodded. Sheehan put the photo away.

Byrne took out his notebook.

“Miranda,” she said. “Miranda Sanchez. She goes by Misty on the street.”

“Do you know where she lives?”

“When was the last time you saw her?”

Sheehan looked at Byrne, back at Ava. “Today? It's Christmas Eve, Ava. How could you not know?”

Cops and ladies of the evening, Byrne thought. You work the 24-hour clock, you lose track.

“Yeah. Okay.” Ava counted off a few fingers. “I remember now. It was Thursday. I saw her Thursday night.”

“Where did you see her?”

“Over at The Stone. You know The Stone?”

“Yes,” Sheehan said. “We know it. Did you see her leave with anyone?”

“She always leaves with someone,” Ava said. “She's pretty.”

Ava wagged another finger. “You're gonna make me fat with all that sugar.”

“What about Thursday?” Sheehan asked. “Did Miranda leave with someone Thursday night?”

“Do you know of anyone she was having problems with? Anyone who might have done this to her?”

Ava gave her answer some time. A snowflake caught one of her long eyelashes. She brushed it away, and said:

“Looked everywhere,” Sheehan said. “You were nowhere to be found.”

Ava searched Frank Sheehan's kind eyes, found what she was looking for. She reached out a hand, tapped Sheehan on the chest, on the pocket that contained the photo of Miranda Sanchez.

“I only know one person who would do this.”

The Stone was an old Irish tavern near the corner of Grays Ferry Avenue and Montrose Street. Like the bodega, the bar was located in the small South Philly neighborhood known as Devil's Pocket, a crimp of row houses, small retail shops, and light industrial buildings tucked into the eastern bank of the Schuylkill River. While not an official neighborhood recognized on maps, all the old-timers still called it the Pocket.