Read A Heart So White Online

A Heart So White 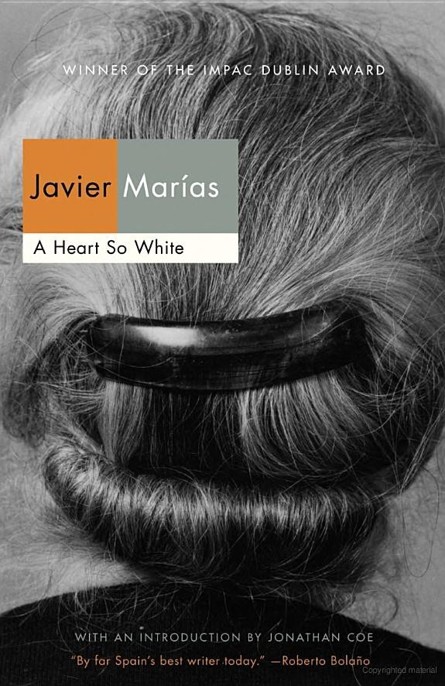 A HEART SO WHITE

Translated from the Spanish by Margaret Jull Costa

This paperback edition first published in 1997

This edition has been translated with the financial assistance of the Spanish Direcciôn General del Libro y Bibliotecas, Ministerio de Cultura

and for Lola Manera of Havana, in memoriam

My hands are of your colour; but I shame

To wear a heart so white.

A HEART SO WHITE

THAT WAS a long time ago, before I was born, before there was the remotest chance of my being born, indeed it was only after that that I could be born. Now I myself am married and not even a year has passed since I returned from my honeymoon with Luisa, my wife, whom I've known for only twenty-two months, a hasty marriage, well, fairly hasty considering the amount of thought everyone always says should go into such a decision, even in these precipitate times so different from those other times, even though those other times were not so very long ago (only a single, incomplete or perhaps already half- lived life ago, my life, for example, or Luisa's), when everything was considered and deliberate and everything had its weight, even foolish things, though not death, and certainly not death by suicide, like the death of the person who would have been and yet never could have been my Aunt Teresa and was only ever Teresa Aguilera, whom I've gradually come to know about, though never from her younger sister, my mother, who was almost entirely silent during my childhood and my adolescence and who subsequently died and was thus silent forever, but from more distant, incidental people and, finally, from Ranz, who was the husband of both sisters as well as of a foreign woman to whom I'm not related.