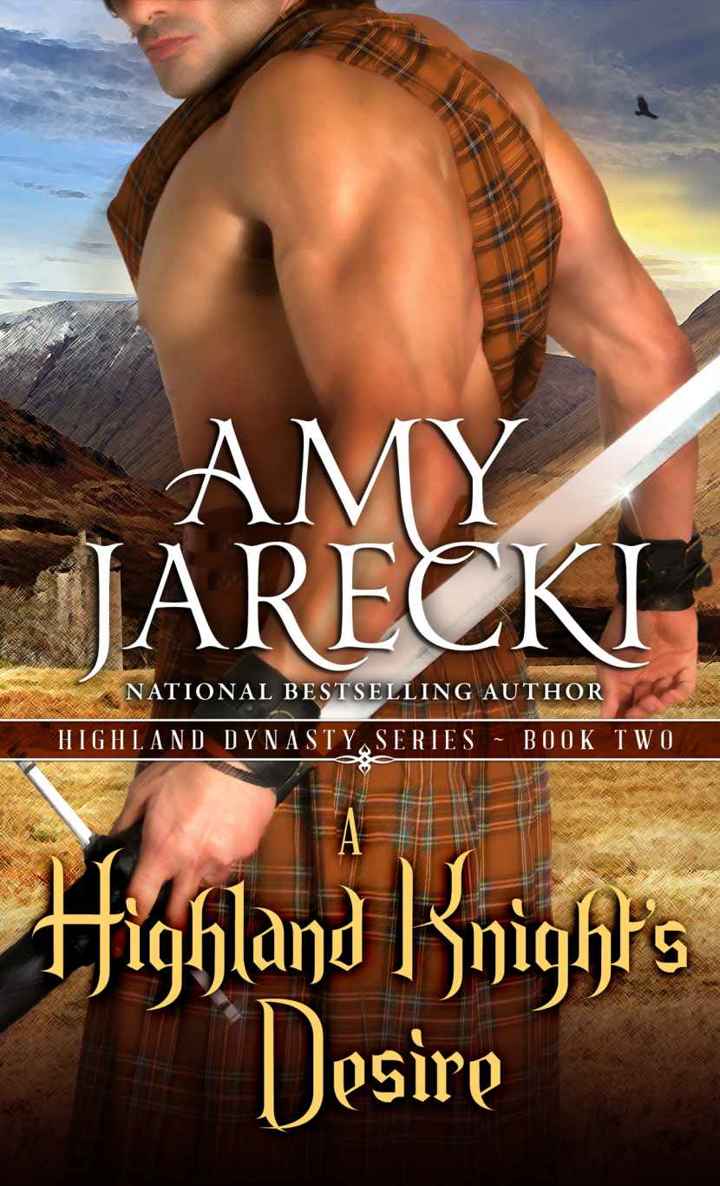 Captured by the Pirate Laird

Beauty and the Barbarian

Return of the Highland Laird

A Highland Knight to Remember

Rescued by the Celtic Warrior

This is a work of fiction. Names, characters, organizations, places, events, and incidents are either products of the author's imagination or are used fictitiously. Any resemblance to actual persons, living or dead, or actual events is purely coincidental.

To the folks at Kindle Press.
Thank you.

Excerpt from
A Highland Knight to Remember

Before she knelt, Meg stole a glance behind her. A silent sigh slipped through pursed lips. As he’d promised, her tenacious guard wasn’t standing at the rear of the nave watching. She had several things she wanted to accomplish on this pilgrimage—most importantly, gaining an audience with the abbot. After pleading nearly the entire two-day journey from Tantallon Castle, she’d convinced the guard to allow her a modicum of freedom—at least within the walls of Melrose Abbey.

Out of the corner of her eye, a bronze cross flickered. It sat atop an altar in a quiet aisle chapel. Meg tiptoed over. She’d have complete solitude there.

Kneeling, she folded her hands and gazed at the cross. She’d prayed endlessly for guidance, but presently her mind blanked. She closed her eyes. Ah, yes . . .

Firstly, thank you for our safe passage, and thank you for all my blessings . . . aside from my unruly red hair and my claw of a hand, but we’ve discussed that hundreds of times. I’m well aware Arthur will be unable to find me a suitable husband. I must take matters into my own hands . . . and give them over to you, God. That’s where I belong—serving you. Please help me gain an audience with his holiness, the abbot, that I may make my wishes clear and take up the veil . . .

Someone tapped her shoulder. She glanced up. A pair of white-robed monks stood behind her.

Meg’s heart fluttered. Had her prayers been answered so quickly? “Are you taking me to the abbot?”

They exchanged glances. “Aye,” the tallest one clipped. A jagged scar etched the side of his cheek.

Meg eagerly stood and gestured for them to proceed. The corner of the shorter one’s mouth smirked. They were an odd pair, indeed.

Single file, she walked between the two men. The tallest led her straight to the rood screen concealing the choir. Abruptly she stopped and clapped her hand to her chest.

The shorter one waved her forward with a flick of his wrist.

The taller monk frowned, stretching his scar downward. He clamped his fingers around Meg’s elbow, his grip a bit forceful for a monk. “You must pass this way to meet the abbot,” he whispered, so softly Meg could hardly discern his words.

She withdrew her arm from his grasp and inclined her head toward the entry. If this was what God intended, then she’d proceed. Surely she would commit no sin by entering restricted holy ground for the purpose of declaring her wishes to become a novice.

Crossing through the ornately carved screen, Meg walked into the dim choir where only monks who had taken the vows of chastity, poverty, and obedience were allowed to worship. The walls were lined with two tiers of choir stalls, where each monk would pray from lauds to compline. Their footfalls loudly echoed up to the vaulted ceiling.

A poke in the back caught her attention. The leader had already moved through and held open a thick wooden door. Meg understood the impatient look on the man’s face. She’d seen the same expression from her brother a hundred times before. She hastened her pace. Why was there never enough time to stop and admire her surroundings?

Stepping outside into the frigid air, she used her hand to shield her eyes from the sun shining through the clouds. “I’m surprised the abbot is aware I’m here. I hadn’t yet made a request to meet with him.”

Neither man said a word. They’d just spoken to her, so they mustn’t have taken a vow of silence. Was this an area of the abbey where no one was allowed to speak? Were they near the sacred tomb where Robert the Bruce’s heart had been laid to rest—yet another relic to which Meg wanted to pay homage on this, her first pilgrimage.

She quickly scanned the surrounding garden. There were no graves at all. The monks sped their pace yet again. Arriving at a doorway leading through the cloister wall, the shorter monk stepped beside Meg and grasped her arm. “We’ll be taking a detour, miss.” This was the first time the stout monk had spoken.

Miss?
The daughter of a Scottish earl, Meg’s respectful courtesy was “my lady.”

Her blood turned to ice.
English
. No mistaking it, this man had an English accent.

“Release me.” Meg dug in her heels and yanked her arm away. Her heart flying to her throat, she shuffled backward and raised her skirts with trembling hands as she prepared to flee.

Gasping in short bursts, Meg sprinted toward the abbey.

Footsteps slapped the mud behind her. “Bloody hell, Isaac . . .”

A hand clapped over her mouth and another around her waist. Meg struggled, kicked, scratched—anything to break free. In the blink of an eye, the stocky monk hauled her outside the abbey curtain walls. With not a soul in sight, three horses stood tethered at the tree-line edge.

Screaming through the brutal palm clamped over her lips, she kicked and thrashed her entire body until the imposter brutally slapped her across the face. Recoiling, Meg’s feet touched ground. She shrieked and tried to run. Fingers of iron held her in place. A gag filled her mouth while unforgiving hands bound her wrists.

The scarred monk grabbed Meg by the waist and hefted her onto the horse’s back, belly first. Before she could right herself, the short monk lashed another rope around her wrists and tied her hands to her legs under the horse’s barrel.

Margaret cried out through the coarse cloth biting into her mouth. She jerked her arms, only to pull her legs under the horse. Her body slid sideways awkwardly.
God in heaven, why are they doing this?
Her gaze darted from side to side as she tried to scream louder, only to be muted by the foul-tasting gag.

The men mounted. One tugged her horse’s lead and raced away at a gallop. Meg clamped on to the horse’s short hair while her gut thumped into the unyielding gelding’s back. Her heart raced faster than the hoofbeats. Her chin slammed into the steed’s barrel repeatedly—until stars crossed her vision.

Duncan Campbell followed the servant through the passageway of Tantallon Castle, his brother John at his elbow. The missive from Lord Arthur Douglas, the Earl of Angus, had been vague to say the least, but on one thing he’d been clear: Arthur’s sister, Lady Meg Douglas, had been kidnapped by the English.

The servant held up his hand. “Please wait here and I’ll announce your arrival.” He opened the door and slipped inside a solar. “Sir Duncan Campbell and Sir John Campbell, m’lord.”

Duncan could picture the earl’s frowning face, and he stood a little straighter. He’d come in his father’s stead. Few men knew he’d taken up the Lord of Glenorchy’s mantle—yet.

“Well, don’t just stand there, show the
Highlanders
in.” The earl’s gruff voice filled the corridor, adding a deprecating inflection to “Highlanders,” as if the Lowland earl believed himself superior.

The steward led them inside and made the requisite introductions. Sitting at a thick walnut table, the Earl of Angus appeared every bit as disagreeable as Duncan had envisioned. Arthur Douglas was only two years his senior. Duncan tipped up his chin. As heir to the Campbell dynasty, they were peers. There was no cause to bow. John, however, bowed deeply. Blast him. Duncan swallowed his Highland pride and offered a courteous dip of his head. “We came as soon as we received word, m’lord.”

“I expected the Black Knight, not a pair of wet-eared lads who’ve recently attained their majority.”

“At three and twenty, my father had already returned from his first crusade.” Duncan rested his palm on the pommel of his sword. If only he could draw it and slice that smirk off the earl’s face. “I assure you, my men and I were trained under his critical eye. You’ll not find another team better.”

Licking his lips, the earl’s gaze drifted to Duncan’s hilt. “This matter is delicate. One wrong move and it could incite war between our borders and crush the truce the king has worked so hard to maintain.” The earl swiped fingers, bejeweled with rings, across his mouth. “God forbid a Douglas is blamed for that.”

“Your missive said your sister’s been abducted,” John said.

Duncan shot him a stern glare. They’d agreed he’d do the talking. He led his band of stealthy warriors, and Duncan would not have his authority undermined, not even by his younger brother, and especially not in front of a peer—one in possession of a vast sum of coin, at that.

The earl nodded and pulled a folded missive from beneath his surcoat. “Addressed to me, this was found at Melrose Abbey—in the pew where Lady Meg was praying. The bastards took her in broad daylight with no one the wiser. ’Tis almost as if she vanished into thin air.”

Duncan grasped the note and read. “What rift have you with the Earl of Northumberland?”

Arthur spread his palms. “Me? None, but my father sacked Alnwick Castle in ’62. Da’s the reason the Percy’s lost the Northumberland earldom.”

Duncan knitted his brows. “But Henry claimed it back.”

“Aye.” Arthur pointed at the vellum. “Now he’s set his house to rights, it appears he’s out for vengeance.”

After the Fall by Martinez, A.J.
The Mary Russell Companion by Laurie R. King
The Two of Swords: Part 15 by K. J. Parker
3 Quarters by Denis Hamill
Escapes! by Laura Scandiffio
Casca 17: The Warrior by Barry Sadler
Harris (Alpha One Security #1) by Jasinda Wilder
Self Confidence Secrets: How To Overcome Anxiety and Low Self Esteem with NLP by Dan Johnston
Rescued & Ravished: An Alpha's Conquest (A Paranormal Ménage Romance) by Sophie Chevalier
Journey Into Nyx by Jenna Helland