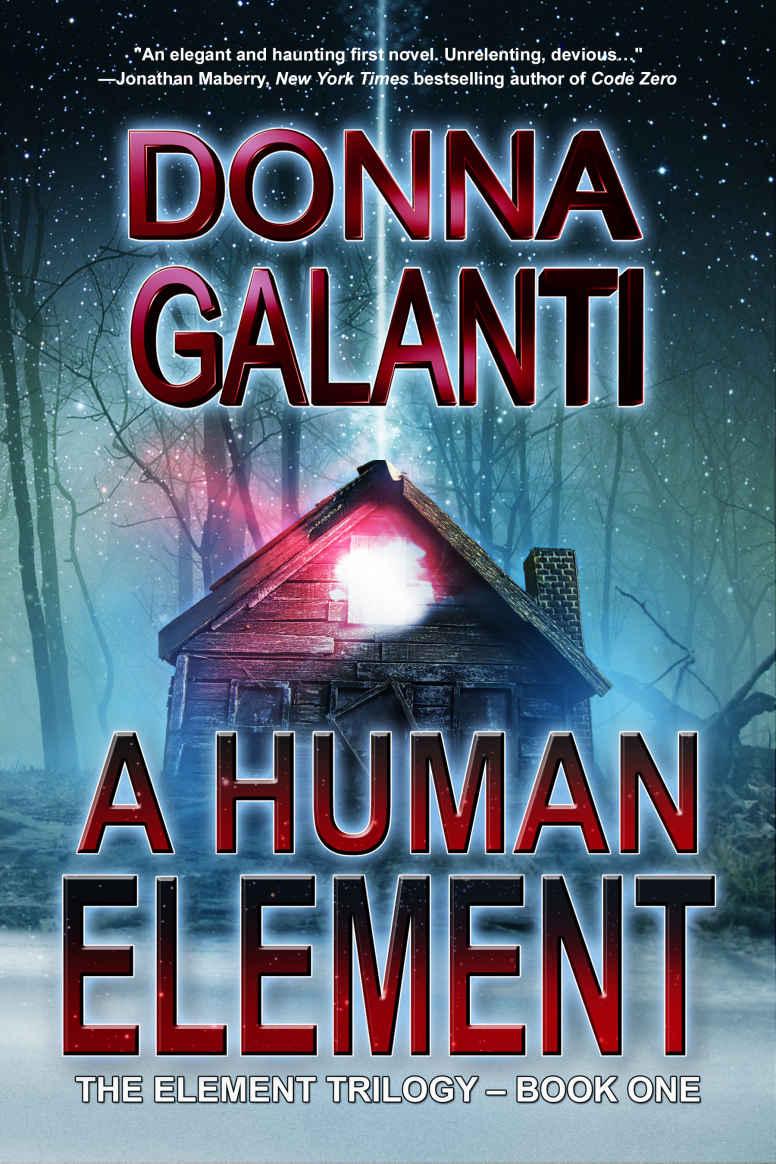 The Element Trilogy – Book One

The Element Trilogy – Book One

IF YOU RECEIVED THIS BOOK FREE VIA A WEBSITE DOWNLOAD ON A SHARE OR TORRENT SITE, YOU HAVE AN ILLEGAL COPY AND CAN BE PROSECUTED FOR COPYRIGHT THEFT.

Copyright is a matter we take seriously. Our authors and our publishing team work hard to produce quality books for people who will appreciate them. We often have discounts and sales so that ANYONE CAN AFFORD OUR EBOOKS. So if you choose to pirate our books, either by illegally uploading them and sharing them on file share sites or by downloading them so you can read them for free, please understand you are breaking current laws, and we can and will prosecute those who steal our authors’ works.

No part of this publication may be reproduced, stored in a retrieval system, or transmitted, in any form or by any means, electronic, mechanical, photocopying, recording, or otherwise, without prior written permission from the author.

This is a work of fiction. Names, characters, places and incidents either are the product of the author's imagination or are used fictitiously. And any resemblance to actual persons, living, dead (or in any other form), business establishments, events, or locales is entirely coincidental.

Praise for A HUMAN ELEMENT

Here's a sneak peek at A HIDDEN ELEMENT…

Message from the Author

Praise for A HUMAN ELEMENT

"Be afraid. Be very afraid. And be utterly absorbed by this riveting debut that had me reading till the wee hours of the night. A thriller star is born. Don't miss
A Human Element
." —M.J. Rose, international bestselling author of
The Collector of Dying Breaths

"Lyrical and creepy, Donna Galanti's
A Human Element
tugs on our heartstrings and plucks the gut-strings of horror. This debut thriller author is a true storyteller, highly reminiscent of Dean Koontz." —Dakota Banks, award-winning author of
Deliverance

"Donna Galanti has created a thriller with a huge, aching heart. Her main characters, Ben and Laura are conjured in delicious detail, as are their personal trials. Galanti's rich and provocative thriller asks big questions. What makes us human, what makes us monstrous? Is there a love that can transcend the physical and emotional, to the supernatural? Galanti has given us an impressive debut. With her blending of romance, the coming of age quest, and the supernatural, she is a writer to watch, who will surely expand the diameters of the thriller genre." —Catherine Stine
,
author of
Fireseed One

"Such a beautiful, yet haunting debut novel by Donna Galanti.
A Human Element
will crawl around in your cranium many days after you have finished the last page of the book." —Michael McCarty, author of
Lost Girl of the Lake

"Moving and fun. Galanti does NOT disappoint." —Eric S. Brown, author of the
Bigfoot War
series

"A thrilling ride full of believable characters, a terrifying villain, an epic battle for survival, and a love worth killing for. The last third of the novel is a race to the finish, and I was glued to the pages, hoping the characters I'd grown to love would finally find the peace they deserved. A page-turner filled with fascinating twists and turns!" —Marie Lamba, author of
Drawn

"
A Human Element
is a haunting look at what it means to be human. It's a suspenseful ride through life and love...and death, with a killer so evil you can't help but be afraid. An excellent read." —Janice Gable Bashman, author of
Predator

For my #1 champion, my mom, Suneil Beckley, whose sunshine may have gone out but without her this book never would have been written.

And for my husband, Michael, the greatest provider of alone time there is.

Several friends and peers helped get this book to publication.

My developmental editor, Kathryn Craft, taught me how to "not show my underpants" in my writing. She's an amazing writer, editor, and friend.

Thanks to Randi Sherwood, my first beta reader who provided in depth edits and insight.

And so much gratitude goes to my dear friend, Lisa Green, whose support and infinite encouragement uplifted me through the writing of this book—and still does today.

Somewhere in this book is a hidden “Easter Egg,” a link to 3 FREE Qwickie novellas by 3 bestselling authors. This is a time limited offer, so happy reading and hunting!

Ben Fieldstone jumped over the rotted log at the edge of Coopersville Lake. A short lifetime of summers told him it was there. He could barely see it in the moonlight. He kicked sticks and stones from his path with the toes of his red Pro Keds. He wasn't going back. He'd stay in the dark woods all night if he had to. He wasn't taking clarinet lessons this year. Every summer vacation here his parents pressured him to learn a musical instrument. Not this year.

He swatted at a mosquito. Through the trees, the last hint of orange glazed the surface of the lake. Its smooth surface didn't fool him. The water still rippled at the edge like a giant mouth. It stuck out its tongue over and over for another taste. A heavy darkness layered the woods to his left and he made sure he stuck to the rough trail hugging the water's edge. There were no cabins on this side of the lake, and he walked on looking behind him to see where his cabin was. It appeared so far away. He could barely make out its shape.

Something crackled behind him. He stopped and held his breath, listening, but heard nothing more than laughter skidding across the water from the other side of the lake. The lights of two dozen cabins speckled the edge of the water. They eased his fear.
Jeez, it was freezing
. He pulled his sweatshirt tighter around him. These August nights sure got cool. Would his parents discover that he ran away soon? He hugged himself tighter. Now that he was nine and a half his parents would have to take his opinions more seriously.

He resumed walking and pulled his sweatshirt up over his mouth to get warm, just like he'd do on the soccer bench back home. Avery called it his turtle look. She'd reach out and tap his 'cute nose' then run away with a giggle. She was annoying because she talked all the time, but tonight he missed her chatter. In two more weeks, when school started, he'd see Avery again.

He looked up through the dark silhouette of trees across the lake. They stretched toward the sky. Stars winked back at him. Perhaps it was cold up there, too, in the dark. He bet it would be quiet there too, without parents to boss him or Avery to blather on. Among the stars. That would be a good place to hide away from his parents. They'd never find him there.

He recognized the Big Dipper low in the sky, and followed its stars upward to where it connected to the Little Dipper. Could a boy live in them alone? It would be more fun with a friend. Maybe with Avery, even though she talked a lot. They could jump from star to star on the Big Dipper like stones in a creek. They might explore the sky all night and when the sun rose, they could sleep in the warmth of its light.

A blast of green broke through his dreamy thoughts. It sliced the night in two. A bright streak barreling toward the earth. He stood, mesmerized. A meteorite? He had just learned about them in school. It grew larger and larger. A fiery ball. In his excitement, he forgot he had run away. He couldn't wait to get back to the cabin and tell his parents. He jumped around and trotted back along the shoreline. The green light grew larger. He tripped over a rock and fell sideways into the thick brush.

And then something so frightening happened he decided to stay where he was. The moon disappeared. A green brilliance lit up the lake up like a sunrise switched on too soon. Ben shielded his eyes from the light and staggered up to get a better view. He knew a second of terror before an explosion flattened him unconscious.

He awoke facedown. Faint noises bounced around the lake. The smell of burning wood filled his nose with an acrid, dry smell. Sirens shrieked. He stretched his head up and spat out pebbles and broken sticks jammed into his mouth. He spit and spit again, coughing out dirt.

He pulled himself up in pain. His face and hands bled from being slammed into the earth. The quiet realm of the small lake community roared to life with fire and shouts. Where there should have been dotted cabin lights there spread only blackness.

A burning metal smell struck his burning lungs. It
must
be a meteorite. Smoke obscured everything and he couldn't orient himself. Where was their cabin? It was gone. Ben ran toward where home had been. He fell many times and reached for close branches along the trail for support. As he struggled to make the trek back, a mixture of shouts and fire engine horns echoed around the lake. Cabin fires leaped into the woods, fed by the dry August timber. Tongues of flame stabbed out of cabin windows and licked at the rooftops.

Ben ran on, toward where his cabin should have been. In the middle of the blackness, steam rose like the underground coal fire he'd seen on the news. He met up with the others. Fathers and mothers carried crying children. Their fearful shouts swelled in the air around him. They called out to him but he ignored them and continued his pace.

He reached the black abyss and stopped running. His breath spewed erratic clouds in the cold air. The smell here grew stronger than he could stand and he vomited on some rocks. He straightened up after he had nothing left to retch. Before him, a crater the width of his school's soccer field had eaten everything in its path. Steam rose in shoots from the ravaged earth and small fires around its edge illuminated the area. Between these fires, people held their hands over their mouths as they looked down into its depth.

The fire now engulfed half of the mountaintop in a soaring billow of orange light greedily devouring the earth. When the fire engines stopped, the cries of people who had lost their loved ones or houses rose up like the flames. Where a dozen cabins had been now steamed a black mass. In one dying gasp of hope, Ben sought to re-orient but he was sure—this was where his parents' cabin had been. They could not have survived. This dark thing had crushed them.

Ben kneeled at the edge of the crater by the water and cried. He was just a boy covered in dirt and blood who wanted to tell his parents he was sorry for running away. Someone put a blanket around his shoulders, but he couldn't be comforted.

His world had ended that summer night of 1979.

The night he had daydreamed about jumping from star to star along the Big Dipper.

Hot Pursuit by Anne Mather
Plantation Doctor by Kathryn Blair
Mr Not Quite Good Enough by Lauri Kubuitsile
Discipline Down Under by Patricia Green
A Stormy Knight by Amy Mullen
The Megiddo Mark, Part 1 by Lucas, Mackenzie
Captive Hearts by Teresa J. Reasor
A Lion to Guard Us by Clyde Robert Bulla
Ragtime by E.L. Doctorow
Desert Passage by P. S. Carillo