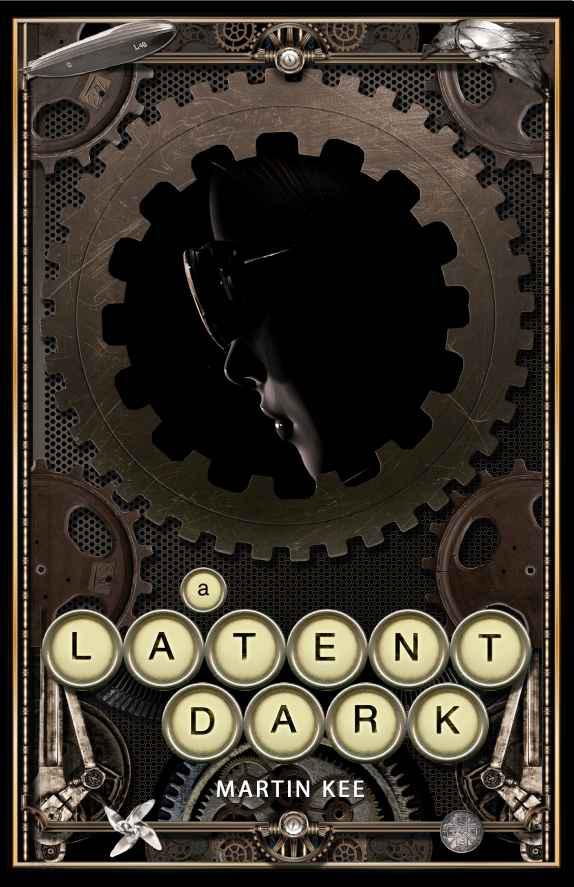 This is a work of fiction. Names, places, characters, and incidents are either products of the author’s imagination or are used fictitiously. Any resemblance to actual persons, business establishments, events or locales is entirely coincidental.

Novels do not simply pop into existence on their own, ushered into a state of perfection by the author. They take work, often times a lot of work with other people involved.

I am eternally grateful for my editor,
Kellye
Parish who has managed to polish this book into a piece of work we are both proud of. Much thanks to Brenda
Stumpf
and Dan Johnson, whose talents went into making the cover for this
novel.

And lastly, my wife and first reader Sylvia, who has somehow managed to tolerate my obsessive writing with patience on a level nothing short of superhuman. Without the support and encouragement of our spouses, many novels and ideas would simply die on the vine.

“Does everyone have two?” Skyla asked, her eyes bulging with wonder.

She stared at the ground, at the shadows beneath people’s feet. There was one nestled inside the other—a secret shadow. She had only just recently discovered this and it amazed her, the stories she saw. It was as though the ground had become a thin veil. She was only five.

“Even you.” Her mother gave her a warm smile.

They were sitting on the porch, watching pedestrians walk by on a lazy Sunday morning. According to her mother, the two of them were invisible there at the house. This seemed silly to Skyla, who could see herself and her mother just as plain as day.

Skyla’s eyes seemed to burst from their sockets at this revelation. Her mouth made a small O shape as she looked at the ground all around her, like a puppy chasing its tail. Her shadow lingered just beyond her vision, shimmering and ducking away playfully. Her mother smiled as Skyla turned in circles trying to see it before finally giving up and sitting back down, dizzy.

“Can they see their second shadow too?” she asked.

Her mother sighed. “Most of them can’t.”

“What about Aunt Rhia? Can she?”

Her mother paused and frowned, repeated herself. “Most of them can’t.”

Lynn
turned to her daughter and leveled her gaze, searching for the right admonishment. “It isn’t polite to read peoples’ shadows, Skyla. It isn’t nice and bad things will happen if you do.”

“What kinds of things?”

Her mother’s eyes held her fast. “Things become real if you look at them too long. Do you understand?”

The girl looked down at the ground. “Yes.” Her voice was almost a whisper.

Their home sat beneath the shadow of a great copper and brick wall, one of six that divided the city of
Bollingbrook
into sections. It was a wooden house with an upper bedroom in the attic, made of rotting wood and leaning walls. Vines had grown to consume most of the structure. It was a shanty, but it was home.

They stared out across the street a while longer before Skyla spoke up again. The darkness below people’s feet was too tempting not to look, every step a tiny window into their life. “Why can’t they see their own shadows?”

“Because they don’t want to.”

“Because they are afraid of what they’ll see.”

“But most of their shadows are so
boring
,” Skyla said.

“Maybe they are afraid of just that,” said her mother.

A fat man stumbled past the house, red-faced, shivering and crossing himself. He acted as though he wanted to look at them, but couldn’t muster the courage.

“Some people think they are clever, or popular or smart when they really aren’t,”
Lynn
said. “In reality, they are petty, and dull, and not very clever at all. Some of them have done bad things, things they are ashamed of or things they wish they could forget. None of them are who they think they are. And they are desperately scared to find that out.”

Her mother sighed. “Because we all see ourselves a certain way and the last thing anyone wants, is to be told they are wrong about themselves.”

A flock of mothers floated by, walking with other small girls the same age as Skyla. A blond girl with a red ribbon in her hair paused a moment, nearly turning her head toward the house until the mother tugged on her hand, pulling her along.

“You’ll be starting school soon,”
Lynn
said, watching the families pass. “You will get to play with girls your own age. Isn’t that exciting?”

“Why’s that?” She looked at Skyla; her daughter’s eyes were still staring at the families, the other girls. She could see the way Skyla looked at them. It was inviting trouble.

The blond girl with the ribbon had stopped now with her head turned, looking at where Skyla was, but not quite seeing her. She squinted. Skyla began to cry.

“Oh… “ She comforted Skyla in her arms for a while until the blond girl left. After a while Skyla became curious again, the fear all but forgotten.

“Why don’t people want to know what’s in the shadows?”

“Because it reminds them that this life is really all just a big carnival ride. They don’t want to get off the ride, because that means having to see what’s beneath it all.”

“But what’s beneath the ride?”

Her mother shuddered and ran a frail hand through her thick dark hair. “Oh, terrible things, Skyla. Terrible awful things. I hope you never have to see what lies beneath the ride, sweetie, not before you’re ready.”

They sat for a while in silence watching the men and women of Bollingbrook wander by, oblivious to the young woman and her daughter who peered at them from the corner of their eyes. The Industrial Wedge was a place few wanted to pass through, not knowing entirely why it made them so scared.

A train thundered into Bollingbrook station on the far side of town. Its oversized brass fittings and thick plates of armor glinted in the waning sunlight as it rolled through the tunnels and spider webs of rusted girders. The sound of its engine pounded and echoed through the walkways and platforms as it arrived lurching to a halt, a wounded beast of polished cogs and weaving pipes, pistons and naked wheels. It sighed in a cloud of steam.

The doors opened and several figures emerged to disperse throughout the platform, their footfalls drifting across the damp stone and metal. Among them was a man dressed in a suit of white linen, a battered leather suitcase carried in one gloved hand. He looked around briefly before stepping out across the cobble and steel.

He passed through the drifting steam like a specter, taking note of the station’s dismal condition, his polished alabaster shoes tapping catlike along the walkways and metal stairs.

He was there to find them for good, that girl and her mother. He had no patience for these games anymore, getting on in years as he was; it would be done by His will or not at all this time.

A taxi delivered him to The Sanders-
Westmore
hotel downtown near the hub of the city, dwarfed by a massive cathedral. He trotted up the steps, pausing momentarily at the concierge, who had already been expecting him even as he spoke his name, “The Reverend Lyle Summers.” She handed him a thin, polished brass card, a delicate filigree of punch holes dancing up its face.

Slocum and the Hellfire Harem (9781101613382) by Logan, Jake
All Fall Down by Jenny Oldfield
Soldier of Arete by Wolfe, Gene
The Second Coming of Mavala Shikongo by Peter Orner
Fire Me Up by Katie MacAlister
A Christmas Affair by Joan Overfield
Hot in Hellcat Canyon by Julie Anne Long
Rumpel's Prize by Marie Hall
Torrent (Cosmic Forces Book 1) by Thorne, Elle
One-Two Punch by Katie Allen