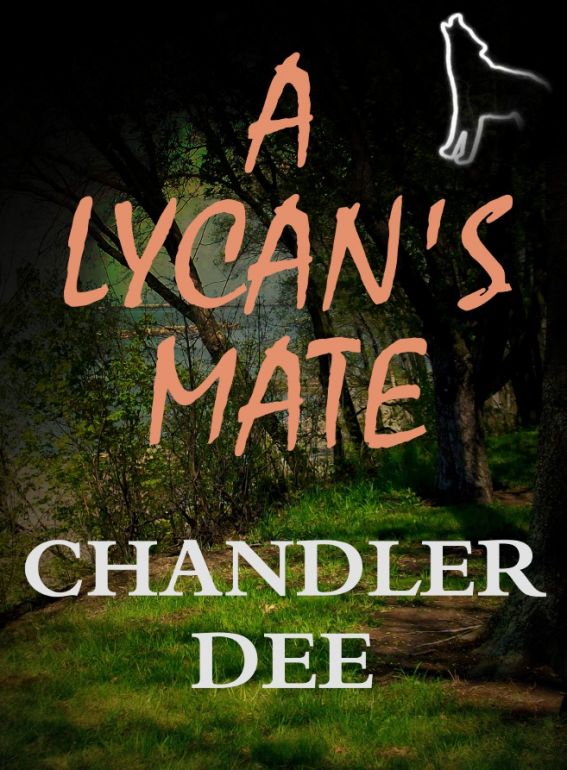 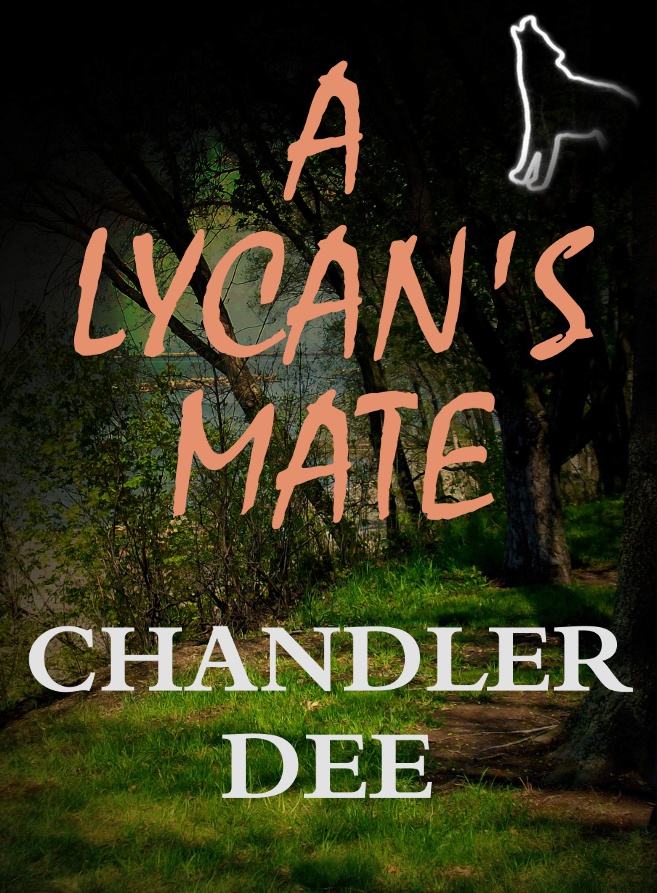 Wolves by
daryl_Mitchell at flickr.com

Jurisa hustled through the pine forest
surrounding her community on light paws. Underneath her four feet,
the high mountainous landscape had already cooled and hardened for
winter. It, combined with the soft bed of pine needles, made the
running easier. Behind her, practically nipping at her heels, Beryx
kept up chase. He put his all into the effort of trying to catch
her as any potential mate would.

She pushed herself to move faster. She'd been
practicing for weeks, memorizing the route she would take during
the hunt. She would not let a little things like the burning of her
lungs as she dragged in air hold her back. Jurisa had to be at top
form for the hunt.

Counting on Beryx to keep pace with her as he
worked to push his alpha to her limits, Jurisa headed straight for
the trip wires. As she suspected, Beryx had slowed a bit on the new
terrain, but he still hugged her tail, close enough that she could
feel the steam coming off his panting breath. Jurisa counted her
steps. Not long before the trip wire. Her body screamed at her to
stop, but she couldn't do that yet. Not yet.

Gathering willpower honed from years of
leadership, Jurisa forced her legs to keep moving. She watched for
the two large pine trees ahead where the nearly invisible trip wire
was tied between them. In the dark, it would be invisible.

Jurisa leapt the wire in a perfectly timed
jump and heard a satisfying yelp as Beryx did not. She turned to
watch as he tumbled forward in summersaults before landing on his
muzzle. Jurisa pranced about, yipping at him in laughter. Her poor
second was having the worst time with this job.

Beryx changed before her back into his human
form. He was dusty and dirty and looked altogether ready to quit.
Taking pity, Jurisa changed too. She held out a hand to help him
stand, which he gratefully took.

"I think you're ready," he muttered, shaking
pine needles loose from his head.

Jurisa didn't know about that. Despite all of
the practice, and the planning she still didn't feel ready. No
matter how hard she ran or what kinds of traps she laid, it wasn't
altogether certain who would catch her in the end. Jurisa sighed.
If only Eugen were still alive and not struck down by the terrible
fever that ran through their community last year. She spent a hard
year grieving for her mate and learning to bear the mantle of
leadership alone. Not entirely alone, she corrected herself.
Alexandru was growing up to be a fine, young man. A credit to his
father.

The time for grieving had passed and alphas
from all over the area were clamoring for her to mate again. She
didn't like being made to do this so soon. If Jurisa wanted to keep
her community safe she'd have to pick a mate now. Without the
steadying influence of a mate, her body had already started
preparing itself to rut. Jurisa could tell she had only weeks left
before she went into heat. If that happened without a mate, all
hell would break loose.

"Thank you Beryx," Jurisa said, "I think I
can navigate these woods blind now."

Beryx smiled with his patented boyish grin,
obviously happy with the praise. His humiliation from moments ago
already forgotten.

Jurisa squeezed his hands between both of
hers before letting go. She turned to look around at the empty pine
forest. In a few hours it would be filled with her people, running
along the sidelines following the hunt from a discrete distance to
ensure nothing went wrong, that no alphas ganged up on her or
turned on each other. The cool, crisp air teased her sweaty skin
and her nipples hardened in response. Like Beryx, she was covered
in dirt. Suddenly, she wanted nothing more than to get clean
again.

"How is your mate, Beryx?" She asked,
inquiring about the newest addition to the community, a young woman
the pack picked up from the sacrifical clearing not two days ago.
She would be running straight for that clearing in a few hours. The
first male to catch her, claimed her. Jurisa had no intention of
being caught by just anyone.

Jurisa smiled at Beryx’s discomfit to her
question. When they first encountered the woman, Beryx reported a
strong attraction to her and the instinctive recognition of a
compatible mate. He asked for the chance to host her in his home
and Jurisa agreed. She was glad he had found someone after so many
years of service in the pack.

Beryx shrugged his shoulders. "Not mated
yet," he said ruefully and they shared a laugh.

"Be patient," Jurisa said, "Everyone needs
time to adjust."

Beryx nodded, licking his lips. A familiar
look of anxiety showing in his eyes. Jurisa had seen that look in
too many of her pack members over the years. It was the discomfort
of being separated from one's mate before consummation.

"Go check on her," she said to him, gesturing
towards the village beyond the forest. "We have a few hours before
the run."

Glancing at Jurisa for confirmation, Beryx
grinned again and turned back the way they came. He jumped the trip
wire, changed mid-air, and landed on four paws in a swift gallop.
In moments, Beryx was gone, leaving Jurisa alone with her
thoughts.

She turned to the left, hearing something in
he woods, the shifting of pine needles underfoot. Stilling her
entire body, she listened and scented the air, but could only smell
the deep, rich pine mingled with the still fresh odor of Beryx.
Deciding it was nothing, Jurisa relaxed.

On sudden whim, she changed into her wolfen
form with thick salt and pepper fur and long, sharp claws, then
took off towards a nearby river. No longer running a race, Jurisa
allowed herself the freedom of an easy pace. Her mouth open as she
panted. Her eyes squinting slightly as cool air rushed past her
face. Tail up, she barked excitedly, warning all other animals in
the area that a wolf was coming. Not that she minded a brief chase
with a mountain deer. Jurisa was currently more interested in the
glacial mountain stream ahead.

She scented the sharp, cold water long before
she reached the edge of the forest along the river banks and jumped
in without giving herself a chance to think about how cold it would
feel. It was bracing enough to shock Jurisa back into human form.
She spluttered for a few moments before growing accustomed to the
temperature. Spying a sandy riverbank, Jurisa picked up a handful
and started rubbing it over her skin. Gritty and course, the sand
helped removed the accumulated dirt and surface oils. Jurisa rinsed
herself clean in the water and emerged feeling much more relaxed
for her invigorating experience.

She was in the process of swiping the excess
water from her body when she heard the shuffling sounds of
footsteps again. Turning into the light breeze, Jurisa picked up
the scent of Feodor. She stiffened. He must be watching her from
the woods. Jurisa slowly scanned the trees for signs of the hulking
alpha.

He'd been particularly aggressive in his
attentions since arriving at the community. Jurisa didn't doubt
he'd try to force a mating if he felt his odds of winning the hunt
were poor. She knew for a fact that they almost certainly were,
because she'd had his evening meal spiked with a sedative. It would
start to kick in during the hunt and slow him enough that the other
alphas could edge him out.

The werewolf stepped out from behind some
bushes in human form. Leering at her body, he came forward with
palms open and forward to show he had no weapons.

"You caught me, little gray," he said in a
thick, eastern accent. "I am shamed."

"I doubt you can experience any shame,
Feodor."

He laughed, stepping closer. Jurisa edged
back into the water.

"I only want to apologize," he said with a
mock pout.

"Oh," he said, tilting his head, "That is not
how we apologize back home. Let me show you."

"No, thank you." Jurisa edged deeper into the
water. She was a strong swimmer and could rely on the current to
move her even faster if needed. Feodor didn't look as if he could
stay afloat, let alone follow her.

"Feodor, have the same idea I did?" A man's
voice questioned as he emerged from the woods. Jurisa sighed
internally. It was another alpha. Broad-shouldered and golden
skinned, Dragos came from a community down in the valley, one that
dared risk living close to humans. She didn't know much about him
or his character. Jurisa hoped this wouldn't turn into a battle.
She wouldn't be able to stop it. Only run as fast as she could to
the village.

Feodor grunted at Dragos, turning to face him
and blocking the man's view of Jurisa. Undeterred, Dragos walked
right up to Feodor and clapped him on the shoulder.

"About a quick dip in the river?" Dragos said
happily. He nodded politely at Jurisa and turned back to Feodor.
"Looks icy. I wouldn't risk it if I were you. Too much of a
shock."

Uncertain of his position in these new
developments, Feodor glanced back at Jurisa in the water. She'd
submerged herself up to the neck, treading water in the middle of
the river.

"It does look icy," Feodor muttered. His
stance changed, and Jurisa could see him visibly standing down.
Relief flooded her.

"Yes, it does. I'd rather head back and dig
into another roast," Dragos said.

"Eh." The large man seemed unsure what to
say.

"I'll walk back with you," Dragos
interjected. "Jurisa," Dragos said to her, sweet as you please,
before slapping a hand on Feodor's shoulder to urge him to the
woods.

With one last look back at the submerged
Jurisa, he relented, stalking off with Dragos. Jurisa listened to
them leaving. If she didn’t know any better, she’d swear Dragos
just stepped into protect her honor. She slapped the water with a
hand. More likely he was protecting his chances with a potential
mate.