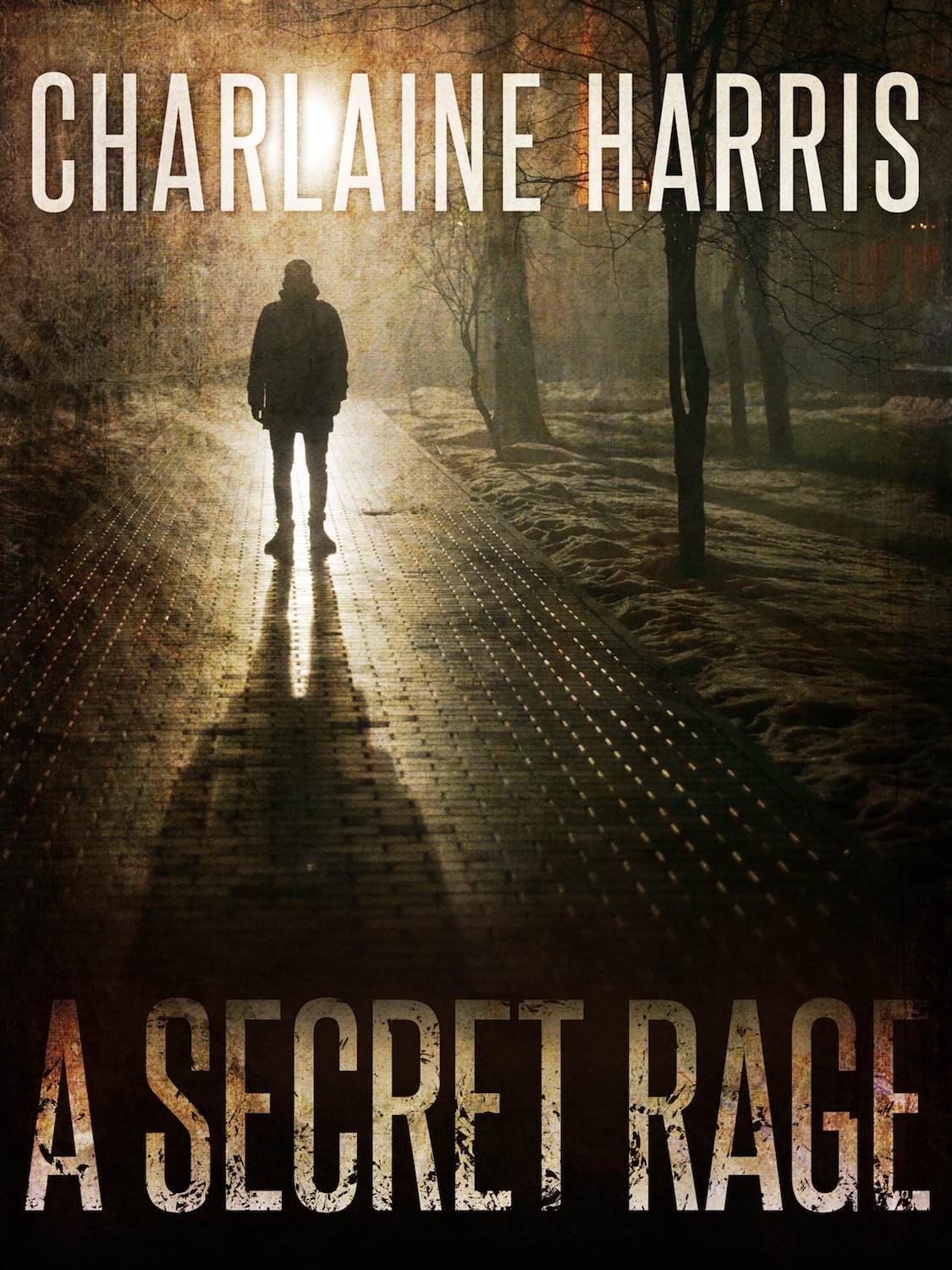 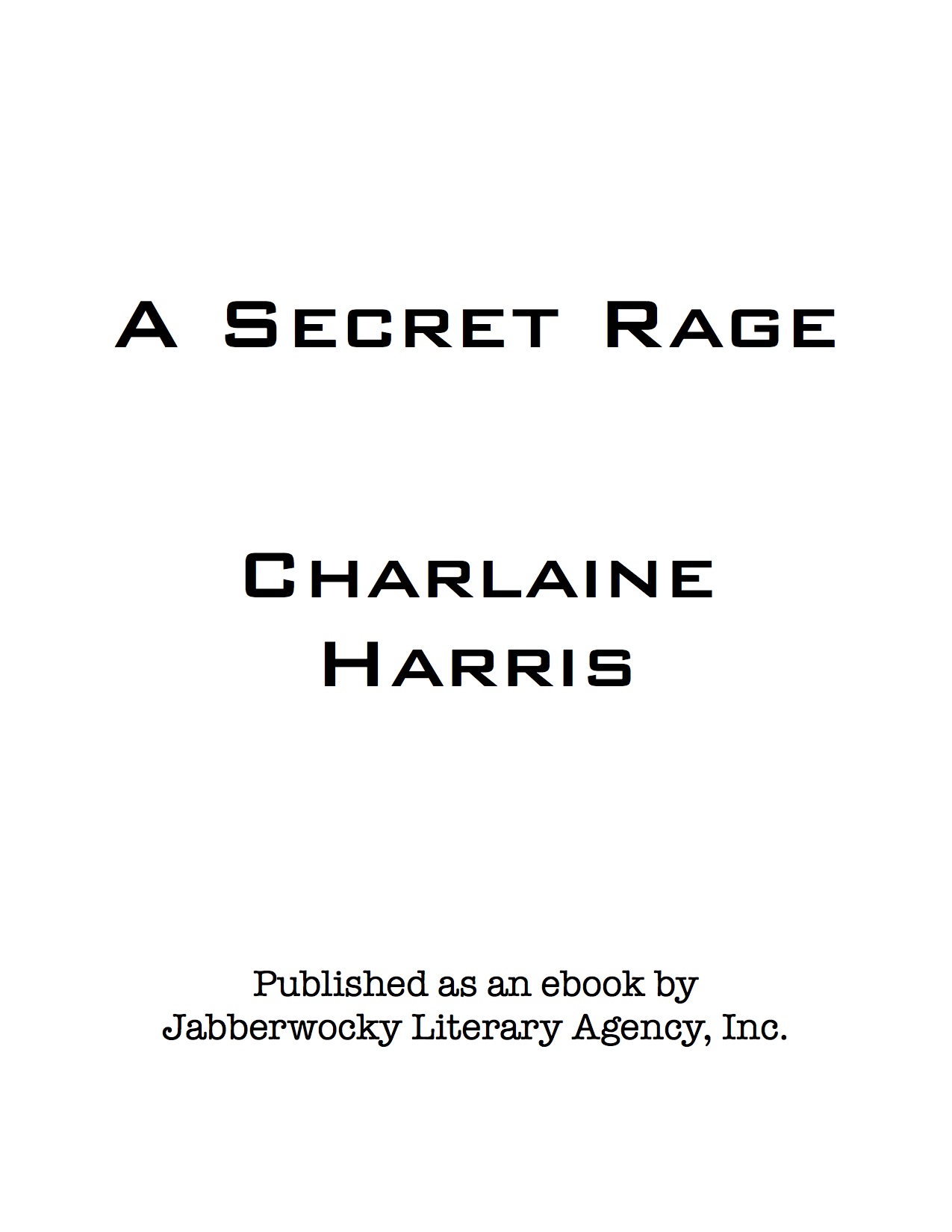 This ebook edition published in 2014 by Jabberwocky Literary Agency, Inc.

TRAFFIC NOISES
and stinging smoggy air and men brushing against me. I marched through the stream of the city, looking purposeful, not meeting glances, in the style I had learned kept me safest.

Two blocks to go until I reached my apartment, two blocks to go until I could drop my street mask. I was wondering if I had any wine in my refrigerator when I saw the crowd gathered in front of my building. I was too angry to work my way to the back entrance, too anxious to reach my own place and indulge in some heavy self-pity. I waded through the crowd until I reached its center hollow containing the snag around which the debris had accumulated.

She was gray-haired and gray-faced. Her blood was still fluid and bright on the filthy sidewalk beneath her head. I had never seen a dead woman before.

‘Miss Callahan!’ a voice said at my elbow. My doorman was quivering with excitement.

‘What happened, Jesus?’ I asked. I tried not to look, but I caught myself flicking sideways glances at the dead woman.

‘Kid grab her purse, threw her off balance, she hit the sidewalk,
thunk!
’ Jesus’ English was not perfect, but it was graphic.

‘You call the police?’

‘Sure. They be here in a minute. Ambulance, too. I saw the whole thing, I was a witness!’ Then Jesus’ face altered from sheer excitement to dismay. He had suddenly realized the inconvenience of involvement.

‘Can you get me in the building?’

Jesus gave value for his Christmas tip. He waded into the crowd, elbows flying: a little tug pulling a much loftier ship into harbor. I was at least six inches taller than my doorman, but my fighting spirit was diminished by the day I’d had.

I reinforced Jesus’ Christmas when I was safely inside the lobby doors, then began the stairs at a fast clip. I heard the sirens coming near, drowning out Jesus’ voluble thanks.

I always took the stairs instead of the elevator, for the benefit of my leg muscles; but I regretted it by the time I reached my apartment. Reaction hit as I fished my keys from my purse. I worked the keys in the locks with clumsy fingers. Once inside, and after relocking, I pulled my hat off and felt my hair tumble down my back. I’d just jammed it on any which way at my agent’s office; I’d been too upset to put it on properly. I took off my dark glasses (more protective camouflage) and headed for the refrigerator. Even my own apartment – everything in it beautiful to me, chosen with love, arranged with care – didn’t give me any comfort today.

The afternoon was overcast, so my living room was dark. I didn’t switch on any lights. The gloom suited my mood, and the wine suited my gloom.

I thought I would drink a glass, brood, and maybe cry a little; but my dark side drew me into my bedroom, to the waiting mirror. I sat on the stool before my so-aptly-named vanity. There I did switch on the lights. I took a second swallow of wine and then gave myself up to the mirror.

It was the same face.

Sometimes I didn’t even feel I owned it. It had been grafted onto me. I lived behind it, and it earned my living. I took care of it; it took care of me.

My agent had just told me that it wasn’t going to take care of me anymore. People were tired of it. There were newer, fresher faces.

And people were tired of this?

Yes, according to my agent.

‘I swanny, Nellie Jean, some people shore are finicky,’ I told my mirror. Then I turned away from it and buried my face in my hands.

At twenty-seven, I was overexposed and going down the other side of the hill. And I was lucky I’d lasted the years I had, my agent had told me today, shaking an elegant copper fingernail under my nose for emphasis.

‘If you didn’t have some brains, you wouldn’t have lasted this long. Quit while you’re ahead. I’m your friend.’ (‘Right sure, uh-huh,’ I muttered through my fingers now.) ‘Otherwise, I’d let you drag on and on and get every little cent I could. I’m doing you a favor, Nickie.’

I swung back around and stared into that mirror for five minutes. And I made myself admit she had been my friend and had done me a favor.

I was sick of my own vanity and how easily it could be wounded. It was what came of living off my face.

‘You have other irons in the fire, Nickie,’ my agent’s voice retold me in my head. ‘You’re burned out on this business yourself; I know. I can tell. The camera can tell. And you can’t tell me you love the camera like you used to.’

Before I turned from that mirror, I made myself admit that everything she had said was true.

So that was that.

I switched on a lamp in the living room and put on my reading glasses. I turned to my solace in times of great trouble – Jane Austen. I could open any chapter of any book of Jane’s and immediately feel more peaceful. Tonight, Jane worked almost as well as she usually did; but I had to put a box of tissues on the table beside the lamp. I caught myself wandering, thinking bitterly that at least the woman on the sidewalk had no more woes; and I slapped my cheek in rebuke. Melodramatic, foolish.

I buried myself in the troubles of Miss Elinor Dashwood, until I felt able to sleep.

By next morning my common sense had raised its head. I woke up with a mild hangover from crying, set the coffeepot to perking, and did my exercises while I waited for it to finish. Since I was no longer a model, I treated myself to butter on my toast. I riffled idly through the morning paper to find a mention of the woman on the sidewalk, and found she had rated one brief paragraph. I wasn’t surprised.

Since I’d had more unbooked days in the past year than I’d cared to notice, I was accustomed to free time. But now that I knew that part of my life was over, I felt jangly, at loose ends. The once-weekly cleaning woman had done her job while I was gone the day before, so I hadn’t even straightening up to do. I scanned the titles in my bookshelves, trying to find something worth rereading; I had to save Jane for crises. Nothing seemed to strike a chord.

It occurred to me that I could try reworking one of my own novels again, but I felt too drained to be creative in a major way. My eyes roamed around the room for something that looked fruitful. The only item that held instant appeal was the blank notepad I kept by the telephone.

I love to make lists.

A grocery list? Not sufficiently enterprising. After a thoughtful moment, I decided that this morning was a prime time to Count My Blessings. I sharpened a pencil and set to.

1. Nice apartment, good location; but lease due to be renewed

2. Money in the bank, money invested, and a smart (and reasonably honest) financial counselor

3. Two brilliant novels that have been unaccountably rejected by dimwitted publishers

4. Friends. My agent, a couple of other models, a photographer or two, and some bona fide beautiful people whom I suspected would prove to be in the fair-weather category – and, of course, Mimi

I hesitated. I wanted to make as long a list as possible, but I really couldn’t include my mother among my assets. And the only male-female relationship I had going was casual to the point of boredom. I finally settled on:

10. Fair education, as far as it went

Surely there was something else? But after a moment’s brooding I couldn’t come up with anything.

The list as it stood wasn’t bad, however. I could be proud of achieving financial security at twenty-seven, right? Modeling had been good to me, if not good for me.

The phone interrupted my pleasant contemplation of my bank account. I reached for it absently, my pencil still tapping the list, itching to write ‘11.’

‘Nick?’ The voice had the remote buzz of long distance.

‘Mimi? It
is
Mimi!’ I said delightedly. ‘Hey, I was just thinking about you.’

‘Mimi, I’m so glad to hear your voice. Just talk for a while, and let me hear that accent.’ Sometimes I felt I lived in a land of squawking blue jays. The sound of home gave my ears a rest.

‘Well, I called to talk, so I might as well. Listen, Richard left me and divorced me. I mean, we’re divorced.’

‘Whoosh.’ I made a hit-in-the-pit-of-the-stomach sound, an exact evocation of what I felt. ‘Okay,’ I said after a second. ‘I’ve absorbed that.’

‘Good,’ she said, and started crying. ‘I haven’t. After one of those painting trips of his, he came home for one day, and he said – while I was changing the sheets, can you believe that? – he said, ‘You know, Mimi dear, this just isn’t working out for us, is it? If you aren’t petty enough to contest it, I think I’ll go to Mexico or somewhere and get a quickie divorce.” ’

‘Has he come back to Knolls?’

‘Oh no.’ The temperature of Mimi’s voice dropped to freezing. ‘He’s in Albuquerque. Since he needed some of the stuff he left, he wrote me. He’s living with a
fantastic
woman who makes her own jewelry. She’s never in her life cut her hair. She can,’ Mimi said venomously, ‘
sit
on it.’

My nose wrinkled. ‘Good God, Mimi. That alone should tell you something about Richard. Never cut her hair? Yuck.’

‘Remember the bet you had with Grandmama?’

‘She told me while she was in the hospital. She was sort of weak and wandery towards the end, you know, but she still thought that was real funny. She told me that even if I got divorced right away, she owed you five dollars because Richard and I had stayed married more than two years. She told me to be sure I gave you your money.’

I entertained myself with a pleasant fantasy of stringing Richard up by his – toes. If he’d had the sensitivity of a table, he’d have realized he was dealing Mimi a blow on top of an unhealed wound. Celeste, Mimi’s grandmother, had died only five months ago. I’d been very fond of Celeste; she had been my substitute grandmother, since all my grandparents were dead. Mimi had been especially close to Celeste.

‘Well, I guess I’ll be all right,’ Mimi was saying unconvincingly. ‘I just wanted to call you to cry on your shoulder. I expect I didn’t love him anyway. He was really awful selfish. But good-looking, wasn’t he? Oh, Nick, I feel so durn old! I’ve been married and divorced twice now, and I’m only twenty-seven.’

I was feeling pretty old myself, so I couldn’t whip up the energy to give Mimi a pep talk.

‘I’ve wailed enough now. How are you?’ Mimi asked. ‘Tell me you’re raking in money from modeling, and some big publisher gave you a huge advance for your book, and you’re dating a beautiful man who’s single and rich and good in bed.’

‘Ho ho ho,’ I said nastily. ‘I’m washed up as a model; my agent dumped me yesterday. I have writer’s block, following rejection by three major publishers. The only man pursuing me with any enthusiasm is my landlord, because he wants me to renew my lease.’