Read A Sorority of Angels Online

A Sorority of Angels 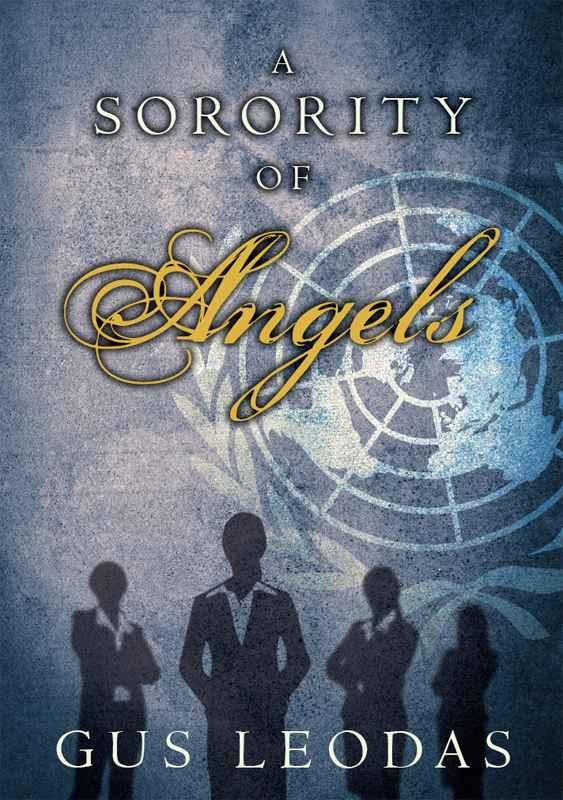 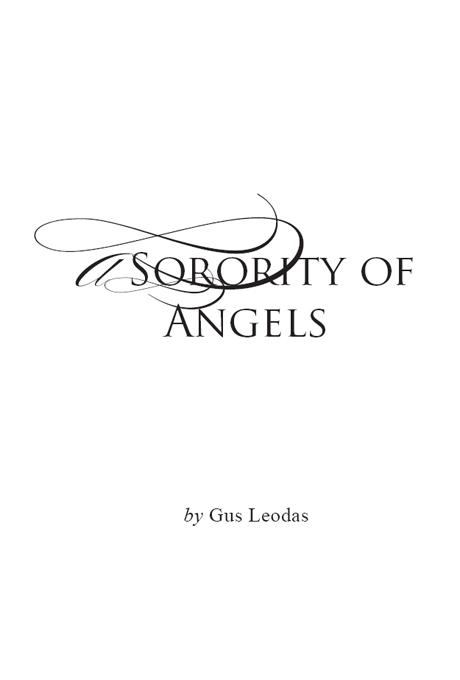 Several determined and concerned women in influential positions at the United Nations unite to help solve hunger and poverty in their countries. What they encounter, what happens to each in the service of their country was unplanned.

“Aphrodite spoke and loosened from her bosom the embroidered girdle of many colors into which all her allurements were fashioned. In it was love and in it desire and in it blandishing persuasion which steals the mind even of the wise.”

(WWII cold-case mystery) “Riveting. Written from the heart. An extremely tender perspective from the author’s point of view.”

“…Leodas promises action, drama and mystery. It is there.”

Investigator Mitchell Pappas finds artifacts on a Long Island farm belonging to WWII German spies. So begins his mission to unravel the mystery of the forgotten farm and the disappearance of the spies and the farmer’s teenage daughter, Melissa.

“
Unsafe Harbor
revolves around a series of unexplained murders at an exclusive yacht club. As Mitchell Pappas proceeds through the maze of possibilities, he isn’t sure which way to turn. The outcome of
Unsafe Harbor
is a shocker, and it’s a testimony to Leodas’ writing skills that the reader is held in suspense until the very end.”

Selected as ForeWord Magazine’s Book of the Year / Award Finalist.

Attorney Victoria Nelson-Lee retaliates against a conspiracy of powerful politicians and rogue state troopers who kill her husband then deceives local police to help her revenge via clever clues and notes from Greek mythology signed Artemis, the Greek goddess of hunting. Police and investigative author Mitchell Pappas team up again to solve a baffling and elusive revenge thriller.

“…and if you wrong us, shall we not revenge?”

– Revenge is sweet especially to women.

Kirkus Review – “Leodas sets up his novel with an intriguing premise; the reader is unsure of why exactly Victoria and Warren were forced to flee their home, and the quest for that answer is what drives the narrative forward. Once Victoria makes her fateful decision at Warren’s funeral, the novel morphs into one full of action and excitement.”

A Sorority of Angels

Several determined and concerned women in influential positions at the United Nations unite to help solve hunger and poverty in their countries. What they encounter, what happens to each in the service of their country was unplanned.

To my fabulous sisters – Marie Benetos and Irene Leodas. Their energies move the world wherever they go, whatever they do. My eternal love and gratitude for all you have done to enhance my life.

My thanks to the Design Team at CreateSpace an
Amazon.com
Company who designed the interior and exterior of
A Sorority of Angels
. They all make me better.

“There is no more trusting in women.”

“What are you getting me into tonight?”

“We’re going to a gathering of women in the diplomatic world working in responsible positions in consulates and embassies, with spouses or dates or single. Nothing fancy,” Laura said. “We expect about two-to-three dozen guests, and featuring music and food from those two countries. Four of us started the idea positive more will join our group. Also, succeeding socials will be fun to sample various international cuisines, and for the women to acquaint and better understand other cultures and make new friends of common interests and work.”

Laura accepted an assignment with the Economic and Social Affairs Section at United States Mission to the United Nations. Her section spanned a broad spectrum including human rights questions and social and development items: food, population, economic, and environmental issues.

That assignment changed her.

A subtle or fleeting thought never alerted me as I gazed into her gray green eyes that her humanitarian causes and innocent philosophies would terrorize me.

My name is Adam Churchill, a lawyer and Senate Committee legal aide in Washington. Commuting to New York City evolved into a weekend ritual, my need to see Laura, who I love.

I long ago stopped trying to persuade her to abandon trying to save the world and focus on matters within her circle of life…and an immediate matter, marrying me; a subject she deferred.

“Nothing wrong with our weekends.”

“We should be married.”

“Continue the way we are for a few more months.”

Her response never changed, familiar, and expected although I hoped for a change in her position, why I raised the subject at every opportunity. I needed to see the sunrise in her eyes all the time.

I should’ve been persuasive about marriage and moving her out of New York. Instead, I settled for the status quo, difficult to tie down her free spirit, and she did love her career.

I met Laura Johnson at a house social in Washington about a year ago when she worked as an aide to a representative from California. She drew me to her as a magnet. Deeming myself handsome, I attracted her with my dark curly hair, high cheekbones, and dimples when I smiled. I promptly set my sights on maneuvering her to bed (like a stray dog on the prowl). That goal faded to a backburner, temporarily, once she captivated me with her conversation and personality.

Laura possessed a natural quality, down to earth, nothing phony, and instant comfort. I didn’t score the first night when I escorted her home – she lived alone. I didn’t succeed after the second date or third waiting for her initiative. I wanted to weep from failure – my taking the initiative – fearing I might offend her and lose her friendship. You see, I’m not the bold type. Disappointed, intimacy rated as secondary compared to being with her, positive our future held that reward.

On our fourth date after entering her apartment, she dimmed a living room lamp and kissed me. I could have sworn I heard distant victory trumpets. In the appropriate words of Disraeli – Everything comes if a man will only wait.

From then on, she and my job dominated my life. When difficult for me to get away, she flew to D. C.

Whatever good in me, she brought out. Whatever love and passion I had, she knew how to surface. My love for her turned obsessive, needing her near, an important part of my lifeline, the vital organ that brought lasting sunshine into my days, wanting to merge with her soul; feelings never experienced before. Time with Laura was God rewarding me for working hard all week.

I would do
anything
for her.

That created my weakness.