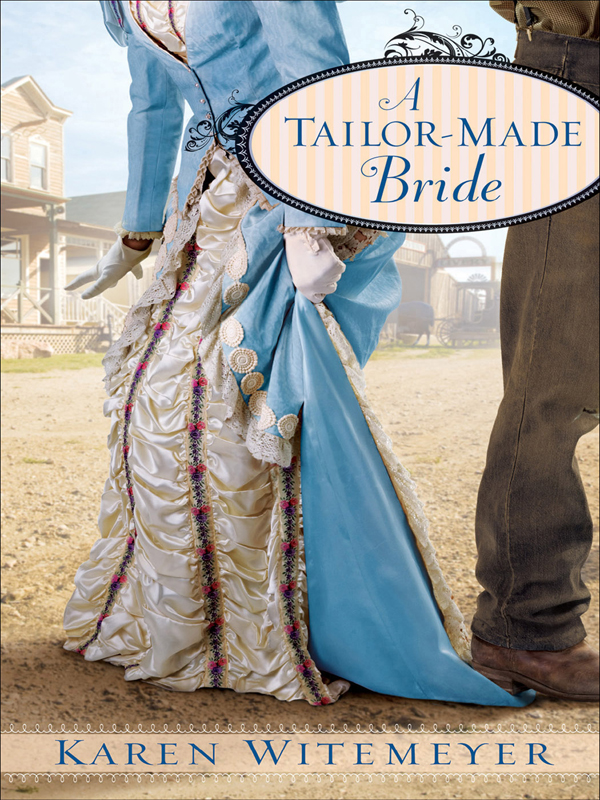 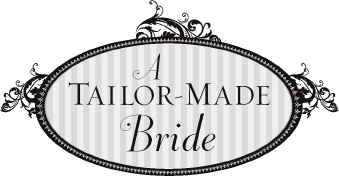 God could not have blessed me
with a more tailor-made husband.
Your love makes life a joy.

“Red? Have you no shame, Auntie Vic? You can’t be buried in a scarlet gown.”

Hannah Richards bit back a laugh as Victoria Ashmont effectively put her grandnephew’s wife in her place with three little words. Trying hard to appear as if she wasn’t listening to her client’s conversation, Hannah pulled the last pin from between her lips and slid it into the hem of the controversial fabric.

“Must you flout convention to the very end?” Nan’s whine heightened to a near screech as she stomped toward the door. A delicate sniff followed by a tiny hiccup foreshadowed the coming of tears. “Sherman and I will be the ones to pay the price. You’ll make us a laughingstock among our friends. But then, you’ve never cared for anyone except yourself, have you?”

Miss Victoria pivoted with impressive speed, the cane she used for balance nearly clobbering Hannah in the head as she spun.

“You may have my nephew wrapped around your little finger, but don’t think you can manipulate me with your theatrics.” Like an angry goddess from the Greek myths, Victoria Ashmont held her chin at a regal angle and pointed her aged hand toward the woman who dared challenge her. Hannah almost expected a lightning bolt to shoot from her finger to disintegrate Nan where she stood.

“You’ve been circling like a vulture since the day Dr. Bowman declared my heart to be failing, taking over the running of my household and plotting how to spend Sherman’s inheritance. Well, you won’t be controlling me, missy. I’ll wear what I choose, when I choose, whether or not you approve. And if your friends have nothing better to do at a funeral than snicker about your great-aunt’s attire, perhaps you’d do well to find some companions with a little more depth of character.”

Nan’s affronted gasp echoed through the room like the crack of a mule skinner’s whip.

“Don’t worry, dear,” Miss Victoria called out as her niece yanked open the bedchamber door. “You’ll have my money to console you. I’m sure you’ll recover from any embarrassment I cause in the blink of an eye.”

The door slammed shut, and the resulting bang appeared to knock the starch right out of Miss Victoria. She wobbled, and Hannah lurched to her feet to steady the elderly lady.

“Here, ma’am. Why don’t you rest for a minute?” Hannah gripped her client’s arm and led her to the fainting couch at the foot of the large four-poster bed that dominated the room. “Would you like me to ring for some tea?”

“Don’t be ridiculous, girl. I’m not so infirm that a verbal skirmish leaves me in want of fortification. I just need to catch my breath.”

Hannah nodded, not about to argue. She gathered her sewing box instead, collecting her shears, pins, and needle case from where they lay upon the thick tapestry carpet.

She had sewn for Miss Victoria for the last eighteen months, and it disturbed her to see the woman reduced to tremors and pallor so easily. The eccentric spinster never shied from a fight and always kept her razor-sharp tongue at the ready.

Hannah had felt the lash of that tongue herself on several occasions, but she’d developed a thick skin over the years. A woman making her own way in the world had to toughen up quickly or get squashed. Perhaps that was why she respected Victoria Ashmont enough to brave her scathing comments time after time. The woman had been living life on her own terms for years and had done well for herself in the process. True, she’d had money and the power of the Ashmont name to lend her support, but from all public reports—and a few overheard conversations—it was clear Victoria Ashmont’s fortune had steadily grown during her tenure as head of the family, not dwindled, which was more than many men could say. Hannah liked to think that, given half a chance, she’d be able to duplicate the woman’s success. At least to a modest degree.

“How long have you worked for Mrs. Granbury, Miss Richards?”

Hannah jumped at the barked question and scurried back to Miss Victoria’s side, her sewing box tucked under her arm. “Nearly two years, ma’am.”

“Hmmph.” The woman’s cane rapped three staccato beats against the leg of the couch before she continued. “I nagged that woman for years to hire some girls with gumption. I was pleased when she finally took my advice. Your predecessors failed to last more than a month or two with me. Either I didn’t approve of their workmanship, or they couldn’t stand up to my plain speaking. It’s a dratted nuisance having to explain my preferences over and over to new girls every time I need something made up. I’ve not missed that chore.”

Zein: The Homecoming by Graham J. Wood
Lost Until You (The Sorrentino Brothers Series Book 1) by Grant, J.R.
Risking the World by Dorian Paul
Death's Reckoning by Will Molinar
Ghost Month by Ed Lin
Royal Pain in the Ass by Trudy, Heather
Guardians Of The Haunted Moor by Harper Fox
The Impossibly by Laird Hunt
Christmas at Rosie Hopkins' Sweetshop by Jenny Colgan
Razzamatazz (A Crime Novel) by Scoppettone, Sandra