Read A Twist in Time Online

A Twist in Time 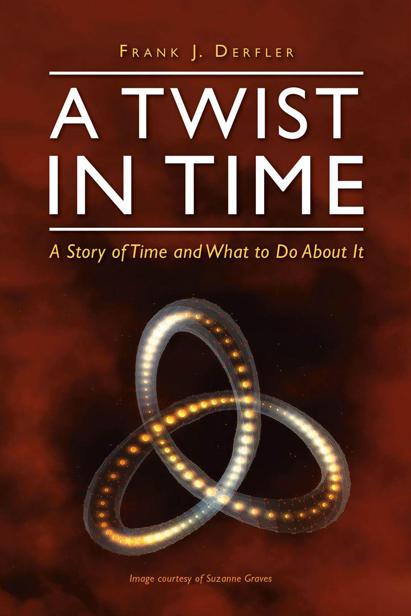 A TWIST in Time

A Novel on Time and What to Do About It 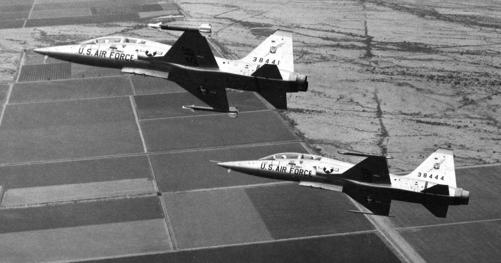 My thanks to Kent Kjellgren, Jim Walsh, and Alex May for their critical comments on the drafts of this book.

A few of the people in this book are historic characters.  I’ve used their names and portrayed their actions as accurately as possible.  Some of the names of the characters, such as Ted Arthurs, belong to real people.  Ted is a good friend of mine who was awarded two Silver Stars for Bravery during the Vietnam conflict.  Ted is not a fighter pilot and he probably doesn’t know much about time travel, but he is a great guy and very deserving of our respect.  As any of you who have played poker with him will know.

Jose Valenzuela is the name of my son-in-law.  He isn’t a fighter pilot, but he is the archetype of one.  Craig Pulliam is a great pilot who patiently taught me to fly.

Readers, welcome!  This is a book about time, so your part of the reading process is to take note of the time.  At the beginning of every chapter I give you time and place.  It will help your enjoyment of the story if you note it.  If you know some world history and current events you will see many tie-ins.  Please Google any event you aren’t familiar with.

I also give you some clues and orientation as an introduction at the start of each chapter.  These are not the inspirational homilies you sometimes see at the top of a chapter in some books.  Instead, they are meant to be real clues and signposts for your reading.

There are no made up facts in here.  Everything from Rubidium ice with no molecular momentum to the close passes by space rocks is real.  With this book we took one and only one step forward into time: the ability to move an item with no molecular momentum back into time.  But, that could happen at any time.  Or, perhaps it has.  How would you know if you changed the past?  That’s always the question.

Have some adventure along with our characters.  I know they enjoy every moment you spend with them.  They tell me so.

Read this:  It will make more sense later!

The massless quantum vacuum state allows entanglement between separated regions of space-time. This entanglement, both on tiny and on massive scales, causes instant healing of truncated loops in time. An outcome can not exist without its time-paired stimulus. If the stimulus ceases to exist, then so does the outcome.  If the stimulus significantly changes, then so does the outcome.  The matter within the space-time loop -- be it energy, gas, mineral, or animal – has no natural way to sense or be aware of the change. The change leaves subtle markers, but within the loop the action of loop truncation and healing isn’t apparent.

Excerpt from the Personal Narrative of Jose Henry Valenzuela

“Getting that unit command in 2008 changed my life in so many ways.  There was no way to ever have anticipated, trained for, or planned for the things that followed.  I suppose a PhD in physics might have helped, but we had people to do that work.”

He couldn’t see a thing, but it was a very pleasant feeling.  A mane of blonde hair covered his eyes.  The world truly had a golden glow.   “Oh God, Jose, that was wonderful!”  When she collapsed on top of him, her lips wound up an inch from his ear and his nose was on her shoulder.  She smelled sweet and warm.

“Better than wonderful,” he replied.  “Spectacular!”  Fighter pilots might lack some social skills, but they have good reflexes and situational awareness. Jose’s brain recognized the need and served up an immediate response.  Besides, the third time was very good and overall it had been a spectacular evening.

He ran his hands over her slim waist and down her firm bottom.  They often rode horses in the Nevada desert and he knew how good she looked in a pair of jeans.  She wasn't tall, but she had a strong and confident body and hands.  She had grey eyes and a beautiful face.  Unfortunately, her name was “Jelli.”

Jose rolled them over and threw a protective leg over her hip to keep her from falling out of the bed.  “Can you stay the night?” he asked.

“If I do, I won’t be able to walk in the morning!” she replied.  She hugged him.  “I’ve got a couple that wants to start looking at houses early and I’ll have to be at work an hour before they show up to make sure all the appointments are ready.  No, please take me home before you recover again. I have to make my escape while the giant is sleeping!”

Jose laughed.  The part about being a giant was hardly true, but he wasn’t going to argue.  She was a clever girl.  He admired the view as she put on her clothes. Then he slid out of the bed and picked up his clothes from the floor. As he was on one leg pulling up his jeans she come up from behind and pinched his belly.  “Pretty good, flyboy,” she said appreciatively.

He had gained five pounds since he graduated from the Air Force Academy, but at 183 pounds he still fit into any clothes he owned at graduation.  His black hair, kept in a short military cut, didn’t need any attention although right now his heavy black eyebrows, part of his Hispanic heritage, were flying in different directions. At the Academy he usually had to shave twice a day and tonight he was, as Jelli had told him, “prickly”.

After he drove Jelli home and saw her safely into her house, the clock on the dashboard of his Chevrolet Avalanche pickup told him it was 0200.  He had been in bed, with a few languid naps, since about 2000 and he didn’t need to go back to bed yet.

The streets of Boulder City, Nevada were deserted.  The town only had about 14,000 residents, mostly white and employed. The town’s low crime rate and good schools made it a great place to live. Las Vegas, twenty miles away, provided all of the elegance, shopping, hi-tech medicine, airline connections, and other services that anyone could want. The primary advantages of Boulder City from Jose’s perspective were the great living conditions for his people and the nearby nexus of power feeders from Hoover Dam.  Nellis Air Force Base, about twenty-two miles to the north, was close enough to provide support for his unit of Army and Air Force people and far enough away to stay out of his business.

For Air Force Major Jose Valenzuela, being the commander of a military unit, even a unit as small as his fifteen-person detachment, meant that you had to be with your troops at all hours. The mid shift, from midnight to 0800, was the most difficult for his people.  His crew worked a rotating schedule that gave them a block of three days off in a row, but the mid shift cycle was always physically the toughest.  Basically, here in Boulder City they were the backup to the crew on duty at Homestead Air Reserve Base in south Florida. In a situation like that it was hard just to stay awake.

Jose often thought that if he really had to explain his unit’s mission to a person of above average intelligence, like Jelli for example, he wasn’t sure they would believe him.  One of the eggheads in Homestead had proposed a unit motto of “Custodia Aetas” in Latin or “guarding time” in English.  They couldn’t use it, of course, because the motto revealed too much of the real mission.  Guarding time is exactly what they did.

He drove past the Boulder City airport to a metal warehouse surrounded by a chain link fence.  When he got to the gate, he pushed a button on a normal garage door opener.  Instead of opening the gate directly, the door opener’s signal sent a request to an operations console inside the building.  After checking the vehicle on low light and infrared video, the two-person crew on duty could open the gate or could communicate through the squawk box mounted on a pole.  Jose had his truck window down and was smiling into the camera as the gate opened.

He parked outside the metal building, walked up the stairs to a loading dock, and entered through a pedestrian door that was unlocked electrically from the console inside.  Any thieves who managed to sneak across the fence line, not a likely proposition since the physical fence was backed-up by strings of sensors and cameras, wouldn’t find the interior of a warehouse they had expected.  Inside the metal building was a poured concrete rectangular building with a concrete dome set on top.  A couple of modified pickup trucks -his US Army warrant officers insisted on calling them “technicals”- snuggled into the small space between the concrete building and the metal wall of the exterior shell.

At the front door of the concrete building, Jose put his right forearm next to a metal plate set into the wall and entered a five-digit code into a keypad.  Strong authentication is a security technique requiring a combination of several elements.  In this case it combined what he had, the chip in his arm, with the code that he knew to authenticate his identity.

It was cool inside the concrete building and the air carried the ozone smell of computers.  Jose closed the first door and opened a second airlock that swung like out a bank vault door.  Inside he met a US Army warrant officer wearing desert camouflage fatigues.

“Mister Nelson, how are you this dark morning?” Jose asked.  While the warrant officer was in uniform, Jose had on washed and ironed jeans, a white informal shirt, and Dan Post boots with a one and a half inch walking heel. Jose stood six feet tall in his bare feet and the boots brought him up even with the warrant officer.