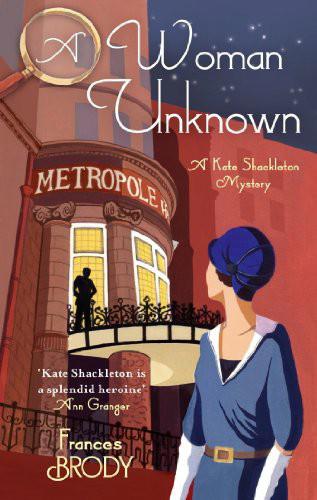 Dying in the Wool

A Medal for Murder

‘Most men were gentlemen enough to go through the farce of adultery with “a woman unknown” and thus give their wives grounds for divorcing them.’

Mr Everett Roderick Runcie has died at the age of forty-seven. Mr Runcie, younger brother of the third Baron Kirkley and a director of Kirkley Bank, had returned to Yorkshire for the start of the grouse shooting season.

A well-known, convivial figure, Mr Runcie was seen in public last Wednesday, at the Ebor Handicap, where he appeared to be in rude health and good spirits, though not enjoying a winning streak.

A charismatic and energetic character, and a patron of the arts, Mr Runcie was unafraid of adventurous schemes. He recently excited enthusiasm among certain investors with his championing of the Big G mine, Tasmania, and the Bechuanaland Peanut Farm Company.

The Coroner has ordered an inquest.

My name is Kate Shackleton. I am a private investigator, drawn to the work almost accidentally through trying to discover what happened to my husband, Gerald, last seen towards the end of the Great War. I received the usual telegram: missing presumed dead. Part of me has gone on hoping he will still be alive. After five years, hopes dim, but occasionally some odd story from the newspapers, or a Chinese whisper of survival, wafts hope to life.

At half past six on an August evening, I was picking out a new tune on the piano, and deciding it was time to send for the tuner, when I heard a familiar rat-a-tat-tat at the backdoor. I closed the piano lid. My ex-policeman assistant does not usually sidle up to the back door in his size tens. He is a front door person.

Walking along the hall, I wondered what brought him here at a time when he would usually be at home with his wife, Rosie, and their children.

Mr Sykes pressed his nose against the kitchen window. I opened the door and stood aside to let him in.

He whipped off his trilby. ‘Sorry to call out of the
blue, Mrs Shackleton. I’d just sat down for my tea when someone turned up on my doorstep in a right state of agitation, asking for our help. Told him I couldn’t make any promises till I’d talked to you.’

‘Mr Cyril Fitzpatrick.’ He spoke the name meaningfully in his this-could-spell-trouble voice.

‘And what have you done with Mr Fitzpatrick?’

‘He’s sitting on your front wall. I told him to wait there while I spoke to you.’

‘What does Mr Fitzpatrick want?’ I led the way into the dining room that doubles as my office.

‘He’s concerned about his wife. What she might be up to behind his back.’ Sykes parked his trilby on top of the Remington typewriter. ‘I’ll feel responsible if Mrs Fitzpatrick has gone dancing down the wrong path. You remember how we got her out of trouble last year?’

I liked his royal ‘we’. Sykes had been on store detective duty in Marshalls when he spotted Mrs Fitzpatrick slipping a bottle of perfume into her shopping bag. He challenged her. She burst into tears. He led the distressed damsel to the manager’s office. She explained that only the day before she had called the doctor to her mother and learned that there was no hope. The tissue paper-wrapped bought-and-paid-for length of flannelette was to make a nightdress for her mother. Mrs Fitzpatrick had been preoccupied by bad news, leading her to be absent-minded about the expensive perfume.

Sykes had felt sure she was honest. I guessed that she must be young and good looking.

Sykes sighed. ‘He claims she’s up to something, and he doesn’t know what. Says he’s at his wits’ end.’

‘If every wits-end husband and wife came a-calling, they’d queue all the way to Woodhouse Moor.’

‘That’s as may be. But if she is shoplifting, letting her off won’t do my reputation any good.’

‘You sit down. I’ll let Mr Fitzpatrick in.’ I turned back at the dining room door. ‘Is there anything I need to know before we see him?’

Sykes shook his head. ‘He’ll have plenty to say for himself.’

Sykes had met both Mr and Mrs Fitzpatrick. I had met neither.

As I looked at the man who stood inches from my front step, gazing at me expectantly, a frisson of uneasiness made me wish he had found his way to someone else’s door. He looked at me from desolate brown eyes, whipping off a brown trilby to reveal thick dark-brown hair, tinged with grey, glistening with hair oil, and combed straight back from a low forehead. He smoothed a nervous finger over his neatly trimmed moustache. In the lapel of his brown striped suit, he wore a Sacred Heart pin. Over his arm he carried a brown overcoat, in spite of the warmth of the August evening. His brown boots shone from spit and polish. The image that came to me was of a wounded seal, washed up and losing its gloss.

His damp handshake strengthened my notion of his likeness to a seal.

Sykes had been gazing out of the dining room window and turned as we came in.

Sitting at the top of the table, my back to the window, I felt the warmth of the last rays of the evening sun on my head and neck. Shafts of light played across the table. Fitzpatrick took the seat to my right, opposite Sykes.

‘It’s about my wife,’ Fitzpatrick said, without waiting to be asked. ‘As I explained to Mr Sykes, Deirdre disappears for days at a time. She has me frantic with worry. I want to know what she’s up to.’

I groaned inwardly. This was the kind of request I dreaded.

‘Mr Sykes may have explained that we do not take on matrimonial cases.’

‘This is not what they call a matrimonial case, Mrs Shackleton. There’s nothing wrong between us. I only want to know where she is going, what she is doing.’ He flashed an appealing glance at Sykes. ‘She could be up to her old tricks. If she’s caught again, she won’t get off so lightly. It will be prison, shame, disgrace.’

Sykes could not have shut his trap more tightly if he had uncorked and swallowed a bottle of glue, but his concern was obvious.

‘Can you be more precise, Mr Fitzpatrick, about what gives you cause for concern?’

I almost said ‘suspicion’, but chose my words carefully so as not to fuel his anxieties.

He placed his big hands flat on the table. ‘Sometimes I wonder has a person got a hold over her, to make her do things she wouldn’t do, or is getting money out of her.’

‘You speak as though you believe there is extortion of some kind, or that your wife is being blackmailed. Do you have grounds for such fears?’

‘The word blackmail has come to me but I don’t know
from where. I just know she’s up to something. I feel it in my bones.’

I resisted the urge to ask which bones, knee bones, funny bones, skull, but nodded encouragement. ‘How long have you been married?’

Be careful, Kate, I told myself. Next I would be saying they should talk it over, and spend a weekend at Blackpool, just the two of them, while the weather held.

‘Six years. We married at St Anne’s in 1917.’ He produced a wedding photograph from an inside pocket and pushed it across the table towards me.