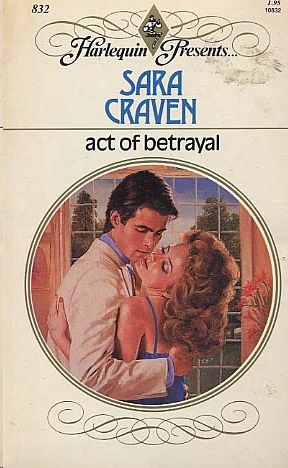 THE traffic was heavy all the way, but that was how it always

turned out when you were in a hurry, Laura thought, drumming her

fingers impatiently on the steering wheel. She was running late

already, but perhaps the meeting at the works would go over time.

It was certainly important enough to do so. She glanced at her

watch, with a brief sigh. She wished Uncle Martin had given her

more notice, but from his secretary's agitated call, she'd

gathered he*d had very little warning himself. And supplying

delicious lunches for important clients at the works was part of

her job, as well as a challenge, so she couldn't complain.

Besides, she remembered herself drily, clients rarely came quite

as important as Tristan Construction. The traffic lights changed,

estate where Caswell Carpets had their main works and offices.

She ran through the menu in her mind as she drove. Watercress

soup to start, followed by pheasant in a red wine sauce, all

plucked from the freezer and packed in cartons in the boot. To

follow, the strawberries she'd just collected from the local

market garden served with creme Chantilly. She hoped the Tristan

chosen some other day for their visit. She'd had plans of her

own, including a visit to the hairdressers, she thought, giving

herself a swift disparaging glance in the driving mirror. She

give her a hand with the lunch, but she had learned a long time

ago that her cousin's model-girl prettiness concealed a

selfishness which more than matched the charm she worked at so

determinedly. Clad in brief shorts and a minimal suntop, Celia

had been bound for the garden to sunbathe, and she'd refused,

smilingly but totally, to accompany Laura to the works instead.

'Honestly, sweetie, I'd be less than useless,' she'd protested.

'That microwave oven you persuaded Daddy to install frightens me

to death. Anyway, you were only going to have your hair trimmed,

and you can do that any time.' 'Of course,' Laura said without

irony. ' I just thought you might want to help, as there's a

on.' 'Perhaps,' Laura said rather drily. 'But this time it's

Tristan Construction.' 'Am I supposed to know who they are?'

Laura gave her a resigned look. T think you should,' she said

crisply. 'They're only the customers who could stop Caswells

sliding any further into the red this year. They've got two major

building projects in this area offices and flats and the

carpeting contracts are up for grabs. Naturally, your father

wants first grab.' Celia's lack of concern about the fluctuating

fortunes of the company never ceased to surprise her. Or was her

cousin deliberately closing her eyes to the present difficulties

unpleasant facts, and never had. To her Caswells was as firm and

unshakable as the Rock of Gibraltar, and she preferred to ignore

the fact that other companies, many of them older established

than Caswells, and leaders in their fields, had gone to the wall

in the present recession. Laura supposed her cousin couldn't

wholly be blamed. She had always been encouraged to think of

herself as a rich man's daughter. Uncle Martin had indulged her

since the day she was born, and the only thing she had done since

leaving school that even approached work was redesigning the

interior decor of the large house they all lived in. Celia's

tastes leaned towards the opulent, to Laura's regret, but Uncle

Martin regarded his home as a showcase for the company, and

seemed well pleased with her efforts. 'Then I hope he gets it,'

you will change, won't you? Put on something decent?' ' I don't

actually wait on table, you know.' Laura felt a little curl of

anger deep inside her, as she glanced down at her simple denim

skirt and short sleeved top. 'I'm not on public display to the

customers. I spend all my time in the kitchen.' Celia gave a

graceful shrug. 'Just as you please. But isn't it enough to

well.' Her words still rankled with Laura as she turned into

Caswells main gate, returning the salute from the security man.

She knew she was being a fool to allow it, especially when she

should be inured to Celia's little ways by now, and particularly

when her affection and gratitude to her uncle made her suffer

them in silence anyway. He had been endlessly kind to her, giving

her parents had been killed in a motor crash in France. And

later, when her life fell apart again, he'd helped her to pick up

the pieces, and she would always be grateful for that. Always.

And if it meant tolerating Celia's waspishness and selfishness,

then she would do so. Nevertheless, she had changed into a neat

navy cotton shirtwaister, despising herself for doing it even as

she fastened the buttons.

She pulled into the executives' car park, and braked,

swearing mildly under her breath. She had no official parking

space, but a place was always left for her, and today it was

occupied by a long sleek Jaguar. Laura, staring frustratedly at

it through the windscreen, supposed it must belong to one of the

Tristan directors. She didn't recognise it anyway, and now she |

building, and taking all the food up the stairs to the boardroom

floor, instead of using the reception lift, and the brawny arms

of George the commissionaire. It was fast turning out to be one

of those days, she decided ruefully. It took three journeys, and

she was flushed and a little breathless as she unpacked her

cartons and switched on the oven, and checked unobtrusively that

the waitresses had laid the dining room table correctly. She'd

hulled and washed the strawberries, and was layering them in a

glass bowl with the creme Chantilly, when the kitchen door almost

burst open, and Mrs Ferguson, her uncle's secretary came in at

did herself, and sounded agitated. 'So you didn't get the

message. I was afraid of that. I should have 'phoned myself made

sure.' Laura gave her a long look. ' I hope you haven't been at

the boardroom sherry, Fergie,' she suggested mischievously. 'You

that.' Fergie shook her head, looking more distressed than ever.

'You see, there was another message later. Your uncle told them

to call you from reception, but I was certain you'd already have

'Tristan Construction are all vegetarians.' 'What?' Fergie gulped

'Allergic to strawberries?' Laura went on, frowning a little. 'Or

simply not turned up?' 'No, they're here. That's the trouble. You

see, we didn't know how could we until they arrived. And then it

was too late.' Fergie looked as if she was about to burst into

tears, and Laura could hardly believe what she was seeing. Mrs

Ferguson was one of the mainstays of the company, and under

normal circumstance totally unflappable. What in the world could

have got her in this state? She gave her an encouraging smile.

'It can't be that bad,' she urged gently. 'Surely they're not

international terrorists holding Uncle Martin to ransom for the

formula of the new miracle fibre? Don't worry about a thing. I '

ll poison the soup.' But Fergie was almost wringing her hands.

'Oh, Laura,' she wailed. 'Their managing director, it's Jason

Wingard ”your ex-husband.' Laura found she was putting the bowl

of cream she was holding very carefully down on to the table. It

was suddenly important to move slowly and certainly, and to wait

to speak too, until she was sure she could trust her voice. She

said, 'There must be some mistake. Jason was an artist. He

doesn't know anything about the building trade. And Tristan

Construction is a big company. Besides his name would have been

on the letterheads. Uncle Martin one of you would have seen it.'

^ She was building up excuses like a wall to shelter behind,

her life like this. She hadn't seen or heard anything of him for

over three years now. He'd simply touched the edge of her life

like a comet, a star of ill-omen, then vanished, leaving her

emotionally scorched, hardly able to believe what had happened to

her. She'd prayed she would never have to set eyes on him again.

And now, out of the clearest of blue skies this. Fergie shook her

head. 'It was the first thing I checked, but there was only the

company heading, plus the address and telex. No directors' names

at all. Your uncle told reception to 'phone you at once to stop

left. They must have missed you somehow.' Laura said, 'The car

park was full.' She took a deep breath, marshalling all her

forces determinedly. 'It's kind of my uncle to be so concerned,

but I can cope, truly I can. I'm here now, and I'll prepare the

lunch as I always do. I don't have to see Jason, and he need

never even know I'm around.' She made herself smile. 'No

problem.' 'Are you quite sure?' Fergie gave her a harrassed look,

then glanced at her watch. ' I'll have to go. I'll let your uncle

know what you've decided.' She shuddered. 'Oh, dear, he was so

angry. I've never seen him in such a state. I was terrified he

might have a heart attack.' Laura looked down at the

strawberries. She said neutrally. 'He and Jason they never liked

each other. Never got on.' Their mutual antagonism, she

remembered, had been the first shadow across the dazzling glitter

of her happiness. Too bright, too dazzling, like a day in spring

which promises sunlight, but ends in weeping rain. Fergie said,

'Oh dear,' again, rather helplessly. Then, 'Don't even attempt to

clear away afterwards. I'll have it all seen to. Just do what

needs to be done, then get away.' ' I'll do exactly that.' Laura

made her tone reassuring, and Fergie gave her an uncertain smile

and dashed away. Laura was alone again, and she stood for a long

moment, forcing herself to breathe deeply and calmly,regaining

her equilibrium. She'd told Fergie she could cope, but she wasn't

altogether sure it was true. It was all so unexpected so frankly

contested the divorce, although her solicitor had said that was

often the case where there were no children to fight over. She

could still remember her reaction to that the swift agonised sob,

and the way he'd looked at her, kind but uncomprehending. But