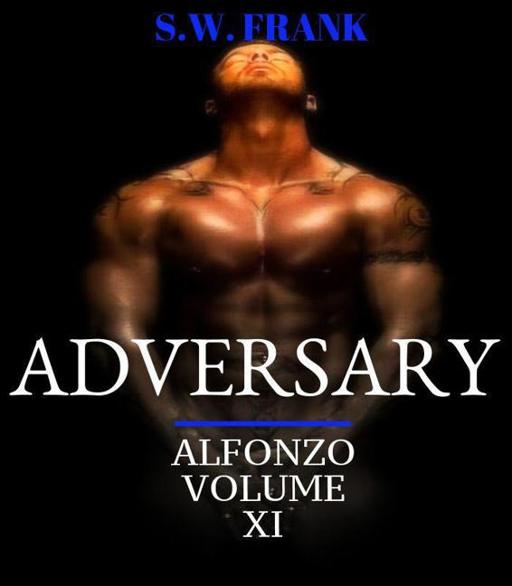 No portion of this work may be stored in a retrieval system, scanned, reproduced or used without the author’s written permission. Please do not encourage or participate in Piracy of copyrighted material in violation of the author’s rights. Purchase only authorized editions.

All characters and events are fictitious. Any likeness to anyone living or dead is purely coincidental and a product of the author’s vivid imagination.

Cover images are for illustrative purposes only.

To my wonderful family and friends, you are always there and truly understand a writer’s course. You are ride or die and I love you.

“Nearly all men can stand adversity, but if you want to test a man's character, give him power.”

“You don't develop courage by being happy in your relationships every day. You develop it by surviving difficult times and challenging adversity.”

“The rule is perfect: in all matters of opinion our adversaries are insane.”

“He is a man of courage who does not run away, but remains at his post and fights against the enemy.”

“Girls are so often pitted against each other as enemies or adversaries. We even see it in 'Us' magazine: Who wore it better?”

El Valle de los Caídos, in English means, the Valley of the Fallen. Here is where a five hundred foot stone cross towers atop an underground church and tomb in Spain. Supposedly the tower was built to honor those who perished in the Spanish Civil War, yet only two names are engraved on the commemoration, General Francisco Franco and José Antonio Primo de Rivera, founder of the Falange who died before the mausoleum was erected.

Some view the monument not as representation of post-civil war reconciliation, but rather of Fascist theatricality. Republican prisoners were forced to quarry this huge cavern out of the rock and many lost their lives to do so and this is what the angry African passed before arriving at the lavish home of Pasqual the Spaniard, as he liked to call him, since it is his beloved Spain he considered the jewel of the world.

From the veranda, the African snorted at the symbol towering over the landscape more than forty kilometers away as he waited for Pasqual to make an appearance after being unceremoniously awakened from his bed by staff. Who naps in midday, the African wondered when the sun is breathing heat and flames?

Pasqual arrived; eyes rimmed red by the residual effects of sleep. His voice had a nervous timber, “I was not expecting you.”

The African snapped. “I am aware of that!”

Pasqual looked uneasy. “There are other means of entry. You have done very well without the Puerto Rican’s assistance.”

“The importance has escaped you. But, it is no longer your concern. The unfavorable decision was not totally unexpected in light of your theatrics upon the boat.”

“I did as you asked amigo.”

The descent of the lips was a sign of the African’s displeasure. He no longer needed the Spaniard. If he could not deliver on such a simple assignment, then what good was he? An opulent lifestyle is what Pasqual craved to make-up for a childhood steeped in poverty. But, for the African, smuggling wasn’t only for commerce, it was survival. “You like these symbols, eh Pasqual?” he asked pointing to the crucifix in the distance.

Pasqual followed the dark hand. Yes, he’d bought the estate in order to view the height of his ascent. An orphan child, hungry, lying in filth on the streets of Madrid had risen quite far indeed. “Sí, it reminds me of many things.”

“In my country, we also have monuments but they are ancient tombs and artifacts that were pilfered for glory and personal gain. My country endured rape by greedy people with business tongues hiding swords behind their backs. When I see these modern statutes, do you know what I see Pasqual?”

“I see the sweat of the oppressed as you sleep your fat ass in a soft bed!” he said with a hiss before the knife he’d concealed dug in Pasqual’s flesh. The Spaniards’ hands gripped the shoulders of the African. His eyes were fully alert; seemingly startled at the attack when he was warned this would be his fate if the Mafioso Lord denied the request.

The blade cut through fat. Down the protruding belly and then upward and across meaty flesh to bone he carved. This is the way the African sliced disappointments. Spittle breaths encased in a snarl were to a dying man’s ear. “A crucifix is what I cut. Take your grandiose symbols to your grave like the pharaohs of old!”

The blood streamed down Pasqual’s sun-kissed legs, pooling on his designer slippers. His hands loosened from the African’s broad shoulders as he slithered down the solid body which stood like an ancient tree planted in firm soil. The Spaniard’s eyes did not close in death; they remained open, blind to the beauty of the sun.

The man who exited the extravagant home adjusted his collar, checking the blood had not stained it. Footsteps soon joined his and he smirked without turning his head to speak, “Ignorant fool that one!”

“Yes, Gamba,” the shorter figure said in agreement. Hawk eyes scanned the area for gardeners or any person he may have missed. Gamba lacked mercy for those he considered traitors or enemies. The hollow graves of Mvingo were filled with many.

“You cleaned thoroughly, I take it Moyo.”

The driver stood beneath the hot sun with the car door open for his boss. The African settled in the backseat, awaiting his cousin Moyo to occupy the space beside him and the door to close before speaking again. “I have found another entry through New York. The mine has passed the preliminary inspection by the watchdogs. They have not found human rights violations or loathsome conditions. No children running about with tools and starving bellies with tears streaming down their faces like in the photos spread about the world.” He chuckled, “Or missing limbs flashed on screens for those who do not investigate but believe everything they are told. Many foreigners’ knowledge is limited to the former conflict in Sierra Leone. We are not funding war, are we Moyo?”

“Israeli’s and others have become rich and buy homes in Harare. Their mansions sit atop the belly of the Motherland. You see, how the lost children all find their way home?”

“When we have received the Kimberley Process Certification our diamonds will be considered clean. Until then I have secured a buyer for several shipments. When we have the proper paperwork there are more who will ensure we have no problem with the shipments or Mafiosi. We are soon to become legitimate businessman Moyo, honor to our house.”

“Honor to our house.”

The African smiled as the car rolled down the floral accented drive of the Spaniards estate. His hearty laugh made Moyo’s lips pull tightly. “Ah, Moyo, to think jewelers are the most amicable among thieves. Who needs the mafia man’s aid when there is an underbelly of tradesmen with loyalty to cash?”

“Exactly,” Moyo replied and watched the roads, anxious to return home to familiar soil. Gamba enjoyed these trips abroad, conquering in his mind the foreigners. Perhaps, his mother saw in her dreams before his birth that he would someday be a man of leadership, or despot or dictator. Yes, his cousin enjoyed war far too much and inflicting fear on others even greater. Gamba, means warrior in the Shona language. The Shona people are fierce and proud, but Moyo feared Gamba might one day bring war unto himself!

‘
A grave conflict of being human,

Is the adversary within oneself.’

Alfonzo smirked and curled the corner of his lip on the fat cigar. Nico, Giuseppe, Matteo and Sergio’s mouths clamped stogies in memory of an Old G’s birthday. For Alberti they               were gathered in homage.

Alfonzo leaned elbows on the edge of the poker table, uninterested in Nico’s impatience. Fifty-four g’s in the hole, he’d take all night if he wanted just to irritate his impatient cousin. Instead, he folded. Six beers, three bourbons and the need to take a piss trumped sitting on a hard ass chair. “I’m out!”

Nico and the others laughed when Alfonzo stood to stretch his limbs becoming the first schmuck out the game.

“Ciao!” Matteo teased as Alfonzo tossed his bundle of cash across the table to Sergio who brandished a smug grin as he cleaned house.

“Thanks,” Sergio said as he added the greenbacks to his pile. Money without taxes caused Sergio’s grin to spread and a very competitive Giuseppe to see red.

“Your luck is running out cazzo,” Giuseppe said to the youngest of the bunch when they returned to the game minus a player.

Alfonzo hurried to the bathroom at the rear of the cellar and relieved his bladder in a pressurized stream which struck porcelain. Holding tight to the pulsing organ he sighed and rolled his neck. He could hear the boisterous group smack-talking as usual, but his thoughts traveled home and his dick jerked the moment his wife’s image surfaced. Three days of abstinence had him itching to screw but there’s only one honeypot he wanted to take a dip in. Unfortunately, he had two more days of the torture before that happened.

Exacerbated, he shook off, zipped his pants and then washed his hands. He stood there in front of the mirror and chuckled at the preoccupation with sex which caused him to forget he had a cigar clenched in his mouth. He took it out, stubbed it in the sink and tossed the shit. Nico had cartons of the smokes, besides he’d rather have the old man rather than lung cancer.

“Man, I’m high,” he said aloud and then chuckled as he thought about his hustler wife sucking money from contributors with a smile of sincerity. Selange was a charity junkie whose fix came from getting high on donations. Damn, he’d pay her to take a break and hump him from dusk to dawn at this juncture. His dick tingled involuntarily. He grimaced and gripped himself until the buzzing in his pants subsided.

The voice on the line became an instant soothe. “Hi honey. I was just thinking about you. You must have ESP.”

“Yeah my dick does.”

She laughed and then teased. “What’s the matter with my honeybee is he missing his Queen?”

Alfonzo turned to lean on the sink. “Hell yeah, this shit’s killing me neña!”

“Ummm then when you’re home I’ll give you MDR mouth to dick resuscitation, how does that sound?”

Alfonzo sucked in air, why did she say that because he had an instant erection? “Damn…mierda…carina…your naughty ass is starting something.”

She began singing a Michael Jackson tune, “
You don’t wanna’ be starting something
…”

Alfonzo wasn’t smiling; he undid his pants and spread his legs over the toilet for a release. Yes, she kept talking and fucking his brain to the point he couldn’t speak until he finished jerking off.

Up by Patricia Ellis Herr
The Circle Now Is Made (King's Way Book 1) by Mac Fletcher
The Tokyo-Montana Express by Richard Brautigan
Well Fed - 05 by Keith C. Blackmore
In the Nick of Time by Ian Rankin
Encyclopedia Brown Keeps the Peace by Donald J. Sobol
Ten Ways to Make My Sister Disappear by Norma Fox Mazer
White Wolf by Susan Edwards
From Wonso Pond by Kang Kyong-ae
Unlikely Traitors by Clare Langley-Hawthorne