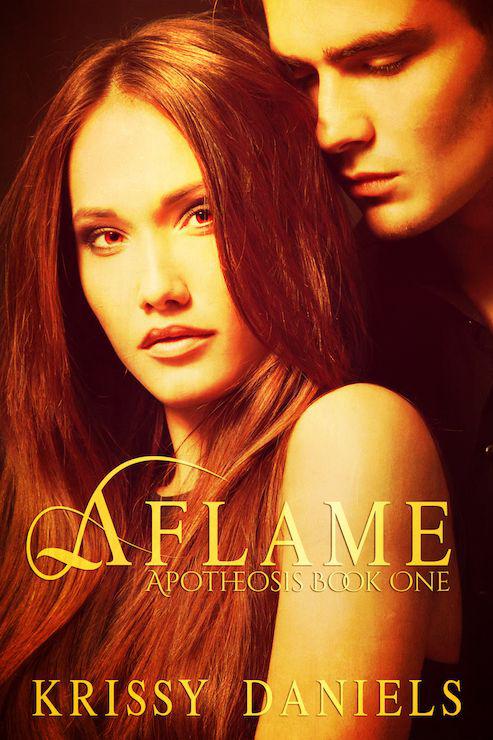 For those dispirited, who battle demons in the shadows, too weary to cry for help, you are not alone.

To my Sexy Boyfriend, thank you for the laptop and the ginormous leap of faith it represents. And of course, for rockin’ my world every day in every way.

My babies, who wholeheartedly believe I’ll be rich and famous, your imaginations and sense of humor inspire me beyond reason.

Mom and Share-Bear, thank you from the depths of my soul for your beautiful spirits and unwavering faith in me. I love your poochy lips to the moon. We can’t kick the asses we need to in real life, so let’s do it through stories.

Jen, the greatest storyteller I know, your relentless encouragement means the world to me. It’s because of you this book exists. Now it’s your turn.

Thank you Lyrical Press, for the YES. Corinne, thank you for holding my hand through this, my first rodeo, and kicking my arse when I needed it. Your comments made me giggle and guided me through the soul-sucking edits with a bit of hair left on my head.

And thank you Jesus, the one true superhero. I’ve been uplifted, humbled, educated and challenged. This awesome journey is your story, not mine.

Grayce hopped off the elliptical before it stopped, grabbed her bottled water and glanced around the massive room.

On shaky legs, she forced herself to head to the weight machines. If luck was on her side, she’d get through an entire workout without running into the obscenely attractive, gargantuan blond who tracked her every move. The beast was a sight to behold. She pretended not to notice. She’d die before ogling him like the other women. Problem was, he ignored everyone. Except her.

He was the only man who could make her blush and that pissed her off beyond measure. Rounding the corner, a familiar, heated flush pulsed through her body. The warning, however, did not come soon enough. It didn’t allow her enough time to run the opposite direction before her face acquainted itself with a brick wall disguised as a chest.

“Ouch, shit.” Her ass narrowly avoided a painful introduction to the floor when a pair of strong hands caught her mid-fall and set her upright. Tears threatened to surface. No need to look up. Grayce cupped her nose and forced her gaze to the far wall, painfully aware of who she freight-trained into.

“You all right?” His deep silky voice cut right through the heavily guarded walls she’d built around herself, and melted a layer, possibly two, of the hardened steel protecting her most vital organ. And that was precisely why she needed to get as far away from him as possible.

Without a word, Grayce turned on her heel and jetted the hell out of there.

Heart in his throat, Zander watched her walk away. She hadn’t uttered a word. As per her norm, she looked at the wall, his shoes, the old lady riding the recumbent bike. Everything but him.

Stunned by the energy burst searing his veins, unsteady legs refused their command to follow her. Instead, he enjoyed the view. As she huffed away, blood rushed to his cock. A baggy cotton ensemble hid her form, which made her all the more tantalizing. Large breasts, curvy hips? Small waist with a firm tight ass? Made no difference to him. When he finally had her good and naked, she’d be perfect, because she belonged to him.

Full of hellfire and fury, she marched her petite frame toward the exit, shouted an obscenity, then backtracked to the locker room. He couldn’t help but chuckle. Saucy little lady.

They’d get along just fine.

Being a descendent of an ancient warrior race planted on earth by fallen angels had its perks; superhuman abilities, immunity from illness and extended life spans to name a few. But there was a downside. Males of his heritage could never reach their full potential until they’d found and bonded with their other half, or soul mate as he preferred to call it.

Zander’s search spanned almost twenty years. He was one of the lucky ones, knowing his one true mate existed. Most of his kind hadn’t a clue. Finding their better halves was the hard part. He’d done it. Yet, there he stood, watching her walk away again.

Moments passed before Zander realized he hadn’t moved an inch. As he glanced around the gym, it was no shock that everyone stared in his direction. Ladies flashed him their brightest smiles, men straightened their backs in attempt to make themselves taller and boys simply scurried to clear a path. Common reactions. None of it mattered. What was important? After years of tireless searching, his future was within reach.

Shit. He didn’t even know her name.

Fuck the taking-it-slow approach. It was time to get the girl. He forced uncooperative legs to move. At the same moment, she stormed from the locker room rubbing her nose. An impressive combination of profanities followed her through the exit, drawing gasps and sneers from anyone within earshot. With a deep breath, he straightened his shoulders and trailed a few paces behind.

“Hi, Mr. Vascos,” Carrie shouted from behind the counter.

“Yeah, yeah, whatever. Leave me alone. I have a lady to claim,” he grumbled under his breath, waving her off as he passed.

Carrie’s deflated sigh pulled at his heart strings. He was such a sappy bastard. Abruptly, he turned toward her, forced the biggest smile he could muster and took a moment to be kind to the only other person in the gym he gave two fucks about. “Carrie. How are you today?”

Blushing violet, Carrie leaned toward him. “I’m wonderful, Mr. Vascos. I met someone.” Sunshine poured from her smile. “He’s tall, dark and handsome and drives a Porsche. My first time in a Porsche. Absolutely amazing.” Her grin grew even wider as she stared glossy-eyed at the ceiling.

“That’s great.” He didn’t roll his eyes, but damn it was tempting. Porsches were for pussies, or men who needed help getting pussy. “He better be good to you or he’ll have me to deal with.” Zander winked, jogged toward the exit, and left Carrie in her state of bliss.

Tyr Collins leaned back, rested the heels of his A. Testoni shoes on the windowsill and plucked lint from his slacks. It became impossible to hold back a smile. Worried that the stretch of his cheeks might add wrinkles to his near flawless skin, he concentrated on relaxing the major muscles in his face.

Grayce, his little dove, was finally coming back to him. The wait had been torture, but he’d set the wheels in motion, and soon her addictive energy would be his again. Unable to ignore the annoying erection that strained painfully against his trousers, he reached down for a quick rub and adjust.

Three years had passed. Slippery little slut. His spine tingled with anticipation at the imagined look of horror on her face when she’d realize he’d claimed her once again.

God, she was going to pay. Dearly.

Binoculars raised and focused, he scanned the gym parking lot to make sure his latest game piece was in place. This was going to be fun. It would’ve been much easier to grab her himself. But why? There was much more pleasure to be gained in toying with prey before you strike. And the fear, oh yes, the fear made it so much more satisfying in the end.

Certain the steam screaming from her ears was visible to everyone, Grayce stormed toward the exit doors. Distance is what she needed, and mere miles wouldn’t be enough. The familiar ache ignited by his presence consumed every inch of flesh. Intense attraction, need, lust. Emotions not welcome in her world forced their way through an obsessively guarded wall.

Her long lost libido had come back with vengeance and completely betrayed the memory of the hell she’d lived through at the hands of men. With temper rising to near nuclear proportions, she struggled against shaky fingers to unlock the door to her rundown VW Rabbit.

“Don’t turn around.” A sour stench filled her nostrils before the words registered. Tobacco and skunk. A heavy hand weighted her shoulder. “Get in the car and slide over.” The raspy voice and wheeze with each breath were a dead giveaway the man had held a thousand too many coffin nails between his lips over the course of his lifetime.

Oh hell no. Bravery, fueled by intense anger, filled Grayce with an unexpected sense of power. With a quick turn she swung her right arm at the man. Damn gym bag. Its weight slowed her momentum, and the strike barely fazed him. No way in hell was she going to allow the fat bastard to bully her into the car.

Before her bag hit the ground, her foot met his shin with force enough to evoke profanities. Freak may as well have been Superman and she a toddler for all the good it did. Putrid stench brought the sting of tears to her eyes as he grabbed both shoulders and shoved her into the front seat.

Scream damn you, scream
. “You fucking bastard, get off me!” The strength in her voice came as a surprise, as did the new wave of adrenaline that pumped through her veins. Desperation guided her movements as she batted, kicked and successfully thwarted his efforts at getting a solid hold on anything other than her clothing. What had the self-defense class taught her? Crap, who could remember? Should’ve paid better attention.

Frenzied attempts at kneeing his groin had her awkwardly positioned, half in, half out of the car. Four kicks in, she found her target. The man wore a fearsome grimace as he doubled over, spit, and stumbled backwards in pain.

Seizing the opportunity, Grayce lifted her legs at a feeble attempt to strike again. Her butt slid down the edge of the car seat and landed with a thud on unforgiving pavement, knocking the wind clean out of her lungs. Stunned and struggling to regain her bearings, she looked up in time to see a dirty, hairy-knuckled fist shoot straight for her nose. Except, it didn’t make contact.

Playing out like a slow motion scene from an action movie, the perp was violently jerked back by the nape of his neck. Arms and legs flailed in front of him as he was lifted off the ground, eyes wide with disbelief. Tossed like a rag doll across the parking lot, he bounced off the chain link fence, wrapped around a street lamp and landed with a thud. His body twitched, then lay ragged and motionless, slumped in a heap on the cement.

Momo by Michael Ende
The Brotherhood: Blood by Kody Boye
The Headhunters by Peter Lovesey
Mildred Pierce by Cain, James M.
Adrian Del Valle - Diego's Brooklyn by Adrian Del Valle
Out of Touch by Clara Ward
His Secret Desire by Alana Davis
(You) Set Me on Fire by Mariko Tamaki
Ringer by C.J Duggan
The Elephanta Suite by Paul Theroux