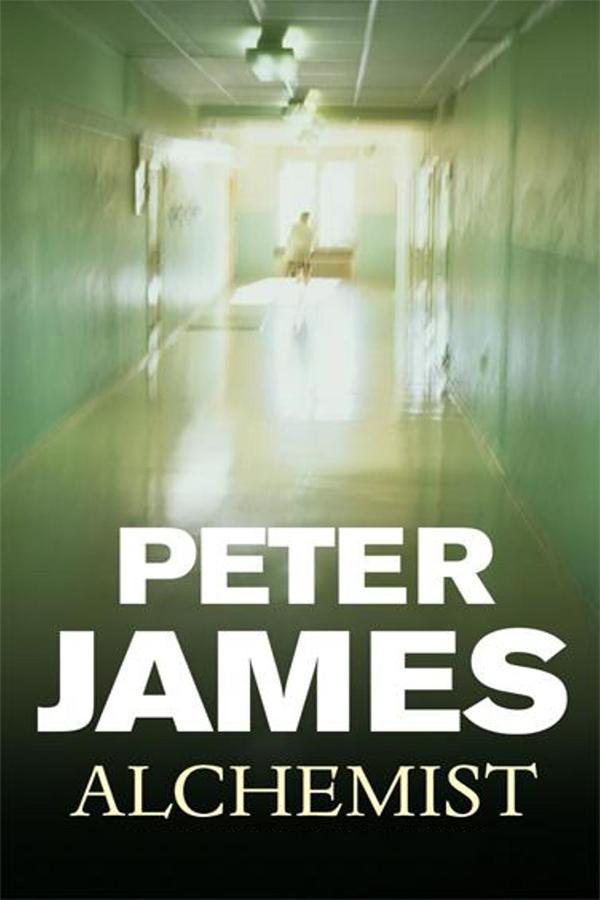 Monty Bannerman's father is a leading genetic scientist who has just been seduced into joining what will shortly be the world's biggest pharmaceuticals giant, despite some misgivings about their company ethics. He needs their money, they need his mind. But when Monty stumbles upon a fertility drug trial that is killing women and producing terribly deformed babies it looks like they have unwittingly sold themselves to the devil.

âPeter James has found his own literary niche, somewhere between Stephen King and Michael Crichton'

âProbably James's finest novel to date. I have not read a work so focused and intense in its depiction of the classic Orwellian nightmare'

âJames has been compared with Stephen King, but in many ways he's better'

Peter James was educated at Charterhouse then at film school. He lived in North America for a number of years, working as a screenwriter and film producer before returning to England. His novels, including the number one bestseller
Possession
, have been translated into thirty languages and three have been filmed. All his novels reflect his deep interest in the world of the police, with whom he does in-depth research, as well as science, medicine and the paranormal. He has produced numerous films, including the
The Merchant Of Venice
, starring Al Pacino, Jeremy Irons and Joseph Fiennes. He also co-created the hit Channel 4 series,
Bedsitcom
, which was nominated for a Rose d'Or. He is currently, as co-producer, developing his Roy Grace novels for television with ITV Productions. Peter James won the Krimi-Blitz 2005 Crime Writer of the Year award in Germany, and
Dead Simple
won both the 2006 Prix Polar International award and the 2007 Prix Coeur Noir award in France.
Looking Good Dead
was shortlisted for the 2007 Richard and Judy Crime Thriller of the Year award, France's SNCF and Le Grand Prix de LittÃ©rature award.
Not Dead Enough
was shortlisted for the Theakstons Old Peculier Crime Thriller of the Year award and the ITV3 Crime Thriller Of The Year award. He divides his time between his homes in Notting Hill, London and near Brighton in Sussex. Visit his website at
www.peterjames.com.

AN ORION EBOOK
First published in Great Britain in 1998 by Orion
This ebook first published in 2010 by Orion Books
Copyright Â© Peter James/Really Scary Books Ltd 1998
The moral right of Peter James to be identified as the author of this work has been asserted by him in accordance with the Copyright, Designs and Patents Act 1988.
All rights reserved. No part of this publication may be reproduced, stored in a retrieval system or transmitted in any form or by any means, without the prior permission in writing of the publisher, nor to be otherwise circulated in any form of binding or cover other than that in which it is published without a similar condition, including this condition, being imposed on the subsequent purchaser.
All the characters in this book are fictitious, and any resemblance to actual persons, living or dead, is purely coincidental.
A CIP catalogue record for this book is available from the British Library.
ISBN: 9781409132981
This ebook produced by Jouve, France
The Orion Publishing Group Ltd
Orion House
5 Upper Saint Martin's Lane
London WC2H 9EA
An Hachette UK Company
www.orionbooks.co.uk

âThere is one thing stronger than all the armies in the world; and that is an idea whose time has come.'

Utter conviction was the Englishman's only luggage.

He sat in silence on the lumpy seat in the back of the lurching Mercedes taxi that smelled of greasy vinyl and old cigarette butts, immersed in his thoughts.

Alpha and Omega
. The words repeated like an old tune in his head he could not shake free.

I am the Alpha and Omega
,
the beginning and the end
,
the first and the last
.

Not any more you bastard, he mouthed silently.

The air conditioning was not working. He stared out of the open window at scenery that had looked much the same for the past hour. Hot, arid air riffled his hair. A plastic thermometer stuck to the dash registered close on 120Â°; every few moments there was an irritating âping' as a Star of David suspended from the interior mirror struck it.

Occasionally he noticed the smells of the desert outside; mostly a milky sweetness soured by occasional sharp tangs of salt. They passed through a village, through a stench of sewage, then thick sweet smells of grilling meats and roasting nuts. A child waved at them, but he did not wave back.

I met a traveller from an antique land
.

Shelley, he thought. Ah yes, Shelley.
He
understood. Shelley, Byron; they knew the secret, they had tried to share it, tried to live it.

The Devil is a gentleman
.

But to the Englishman the road looked no worse ahead than
it did behind: still a scar in the sand, fly-blown, strewn with boulders and loose stones, shimmering in the heat.

He paid the driver: âHalf now and half when I come back.'

The driver was staring at the mountains at the end of the scar with frightened eyes. âCome back,' he said as if it were an echo. âTomorrow. Ten o'clock I waiting here.' He already had the Mercedes in gear and was gunning the engine.

Then the Englishman was alone under the metallic blue sky with the drifting plume of the taxi's dust. He shivered, feeling just a fleeting doubt as he stared across the pink, yellow and cream hues of the desert sand, strewn with the occasional oil drum from past wars.

He had travelled three thousand miles by aeroplane and by taxi. Now he had the hard part ahead, the walk on foot alone to the end of the journey. And to a new beginning.

He felt suddenly awed by the power he had come to meet, and he knew that the taxi driver had felt so also; knew that was why he had refused to go further. This was a land where history held the evidence for legends, where the proof sought by the rest of the world still lay locked away, where a secret could remain untouched in the mountains for centuries. For millennia. Or could be lost for ever like the Clavicle of Solomon. And had been.