Read All I Want Is Forever Online

All I Want Is Forever 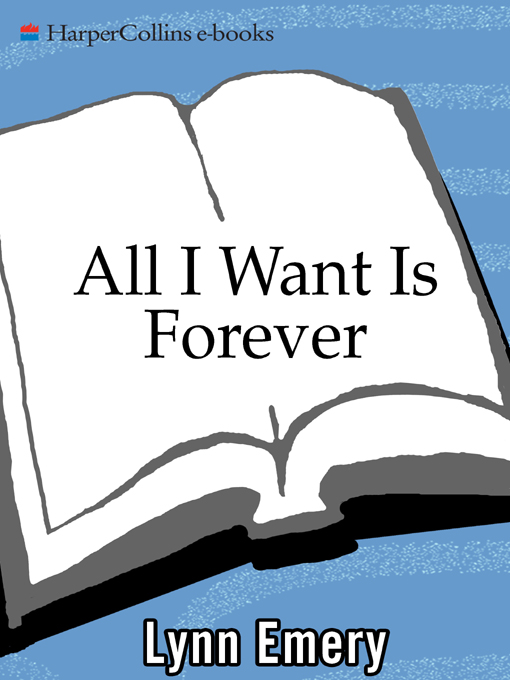 LYNN EMERY
All I Want Is Forever

Talia breathed a sigh a relief as she walked homeâ¦

“I have an appointment with Senator Collins,” Talia said crisply.

The words “new clients” had gotten the attention of herâ¦

“What's up, everybody?” Talia sighed and plopped down into anâ¦

“Stop racing around, Talia. You're making me tired just lookingâ¦

Talia took another turn around the Louisiana State Capitol building.

Derrick sifted through a pile of paperwork on his smallâ¦

Monette walked into the visiting room of the prison. Sheâ¦

“You can't mean what you just said.” Derrick stared atâ¦

Talia sat on the floor of Mama Rose's living roomâ¦

Derrick watched her bustle around Mama Rose's kitchen. She seemedâ¦

“I'm out of my mind,” Talia whispered for the tenthâ¦

Talia stared at the screen of the microfilm reader inâ¦

Monette studied the man seated across from her. “I ain'tâ¦

“What exactly do you want from me?” The tall dark-skinnedâ¦

Mama Rose folded up the last blouse and placed itâ¦

Derrick drove along the highway with a grim expression. Heâ¦

Talia rubbed her forehead. The dull thud in her templesâ¦

Derrick slowed his steps when he saw Winn Barron emergeâ¦

That old saying is true, Talia mused, with a grimâ¦

Talia sat in her brother Karl's living room with hisâ¦

“What?” Talia gripped the arms of her chair.

“Nothing.” Talia fell against the cushioned sofa back in surrender.

A month later Talia sat in her office staring outâ¦

Other Books by Lynn Emery

Talia breathed a sigh a relief as she walked home from school. The day hadn't been quite as bad as it could have been. Only a few girls had made fun of her clothes. No one had mentioned Monette. She clenched her teeth and hugged the tattered book sack to her worn pink shirt. There was always tomorrow. Each day was an obstacle course. No different from all the days she'd experienced in her fourteen years.

A lanky boy the color of nutmeg strolled out of a trash-strewn dirt alley and onto the cracked sidewalk. Derrick Guillory wore a blue T-shirt under a denim jacket and a pair of faded blue jeans. He folded his arms across his chest. At fifteen, his body showed signs of developing into a well-muscled adult male.

Talia stopped and turned around. Derrick and she had been buddies since elementary school. She'd been with her second foster family at the time. Now that she was back with her mother again, the last thing she needed was for him to follow her home. There was no telling what she would find. Monette might be high
again, hanging out with her no-good friends or in one of her paranoid fits.

“I've got to get home fast.” Talia tried to go around him, but he blocked her path.

He grinned at her. His topaz eyes sparkled with mischief. “No problem. I'm on the track team, remember?”

“Sure, you braggin' every chance you get. Now go home.” Talia covered her anxiety with sarcasm. She prayed he'd get insulted and leave.

His dark eyes narrowed for an instant in anger. He studied her for a second until his expression changed into one of concern. “What's wrong? I better go with you.”

“You bein' real dumb today, ain't ya? Okay, I'll spell it out. Leave me alone.” Talia glared at him with her chin up. She whirled around and hurried off.
Please don't follow me.

“Sure. I'll see you later,” he called after her.

Talia did not answer him. She ran around a corner and down Laroux Lane, a fancy name that did not fit the dusty road. She climbed up the steps of the house. A couple of cheap chairs from a discarded dinette set sat on either end of the back porch. She was grateful none of her mother's so-called friends were perched on them today.

“I'm home.” Talia let go of the broken strap and dropped the book sack down on the breakfast table.

When there was no answer, she swore softly. Once again Monette had walked off, leaving the door open. They had little to steal, but Monette's no-good pals would take anything not nailed down. Still Talia felt relief mixed with anger. At least she might actually get homework done. Then she heard a thump.

She went through the kitchen and into the living
room. Talia was halfway across the room when the man stood up from the sofa. She spun around, then froze. Earl Glasper leered at her. He'd been her mother's lover off and on for the last three years and he was trouble. Dressed in Tommy Hilfiger jeans and white shirt, he still had the look of a street thug in expensive clothes.

“Your mama stepped out a minute.” Earl walked toward her. The chunky gold bracelet on his nut brown wrist and matching necklace flashed as he moved. “Sit down. I was just gonna watch some television.”

“I'm going to spend the night with a friend.” Talia backed up. “Just tell her I'll call later.”

Earl nodded slowly. His gaze swept her from head to toe. “Got you a boyfriend already, huh? Ain't surprised. You one fine little lady.”

Talia tugged at the short plaid skirt she wore. Earl always had a way of making her feel exposed. “See ya.”

Earl's slow, easy manner vanished. He crossed the space between them in two long strides and caught her wrist. “Why you runnin' off? I got more than any kid can give you.”

“Let go of me!” Talia tried to yank free, but his grip tightened. She gasped when his free hand rubbed her thigh and went up her skirt.

“You a younger, sweeter version of your mama.” Earl pulled her against his chest. “I've seen you hangin' 'round that little chump Derrick. You ready for a man, baby.”

Talia struggled to get free. Earl only seemed amused by her attempts. When he pressed his wet lips against her neck Talia shrieked. The hand he stuck under her skirt fingered the fabric of her panties.

“What the hell goin' on here?”

Monette stood in the door leading to the kitchen, one hand on her hip. She wore a dark red knit dress that clung to her voluptuous figure. Her long auburn hair was swept up.

Earl let go of Talia abruptly, causing her to stumble. “Hey, girl. I was justâ”

Talia sank to the floor and covered her ears with both hands, trying to block out the ugliness. She wanted it all simply to go away. Monette and Earl took no notice of her muted sobs as she huddled in a corner.

“Don't bother lyin'.” Monette took a small gun from her purse. “Now I got another reason to shoot your ass.”

“What you talkin' 'bout, baby? Stop actin' crazy.” Earl backed away with both hands raised. “I was just playin' with the kid.”

“Uh-huh. Like I believe that.” Monette pointed the gun at him and walked closer.

“Look, she's almost grown and knows how to tease a dude. What you expect? You was the same way at her age.” Earl lifted a shoulder. He smiled at Monette. “Now come on, sugar. Don't be like that.”

“I got your sugar right here, you bastard. I know you been sellin' folks out, Earl.” Monette glared at him.

“What?” Earl blinked hard at her.

“Yeah, I found out.” Monette spat out the words.

“Stop talkin' crazy. I ain't done nuthin' like that.” His chest rose and fell faster as he spoke. Yet he continued to gaze at her as though they were having a simple chat.

“Maybe I'll just tell Carlo and the other dudes on the street. Let them handle your ass.”

“You don't know what you sayin', girl.” Earl didn't lose the smile, but it seemed to stretch tight across his broad features.

“You ain't dealin' coke to get those fancy clothes and gold chains.” Monette panted, her face twisted with anger. “You the reason I spent eighteen months in parish prison.”

“Don't be stupid. Somebody been lyin' on me.” Earl's hand shot out, and he grabbed for the gun.

“Get off me!” Monette tried to jerk back, but Earl clamped a beefy hand around her wrist. She screamed when he slammed his fist against her head with his other hand.

“You got nerve pullin' a gun on me,” he said through clenched teeth.

Monette raked her long acrylic nails down his neck. Earl howled in rage. The two twirled around in a circle, fighting for control of the gun. Talia shrank against the wall, her eyes wide with horror. She jumped when the gun went off. Earl yelled a profanity and punched Monette again. A second shot sounded, this time muffled. Both of them seemed suspended for a second. Then, in what seemed like slow motion, Earl fell to his knees. He bent double until his forehead touched the hardwood floor.

They both stared at the motionless figure. The violent man looked like a helpless child. His blood formed an oval that grew by the second. Talia knew the rough times she'd been through already were nothing compared to what would come. Monette and Talia started when the front door flew open. Derrick looked at them, then at Earl.

“I heard the shot. Lemme help,” he said.

Monette scooped up her purse where it had fallen on the floor during the struggle. She stuffed the gun inside it. “You saw anybody else out there?”

“Get her down to Miz Rose's house on Kingfish
Street. You know where I'm talkin' 'bout?” Monette said to Derrick.

“Then get back here. I can't move him by myself,” she ordered.

Derrick rubbed his hands together. “Butâ”

“Get goin' before somebody show up, boy!” Monette barked.

He led Talia out of the house, murmuring reassurances to her. Neither of them looked at Earl as they left. The fifteen-minute walk to her former foster mother's home seemed to take forever. Talia trembled each time a car approached, sure the police had tracked them down. Derrick squeezed Talia's hand hard at the sight of Miss Rose's cheery yellow wood frame house. Miss Rose came to the door, wiping her hands on a dish towel. When she saw Talia's expression, Miss Rose unlatched the screen door fast.

“Come on in here, baby. I got some clothes that oughta fit you. Doggone shame the way that woman lives,” Miss Rose muttered to herself. She started toward a back bedroom.

“Wait!” Talia called out, as Derrick started to leave. She followed him onto the front porch, glancing over her shoulder to make sure they were alone. “What's going to happen?”

“Just go on and let Miz Rose get you somethin' to eat.” Derrick took off his jacket and put it around her shoulders. “It's gonna be alright.”

Talia shivered, but not because of the brisk fall eve
ning. Derrick gave a quick nod of encouragement before he strode off into the gathering dusk. They had shared many secrets since childhood. They would never dare to whisper this secret again. Not even to each other.