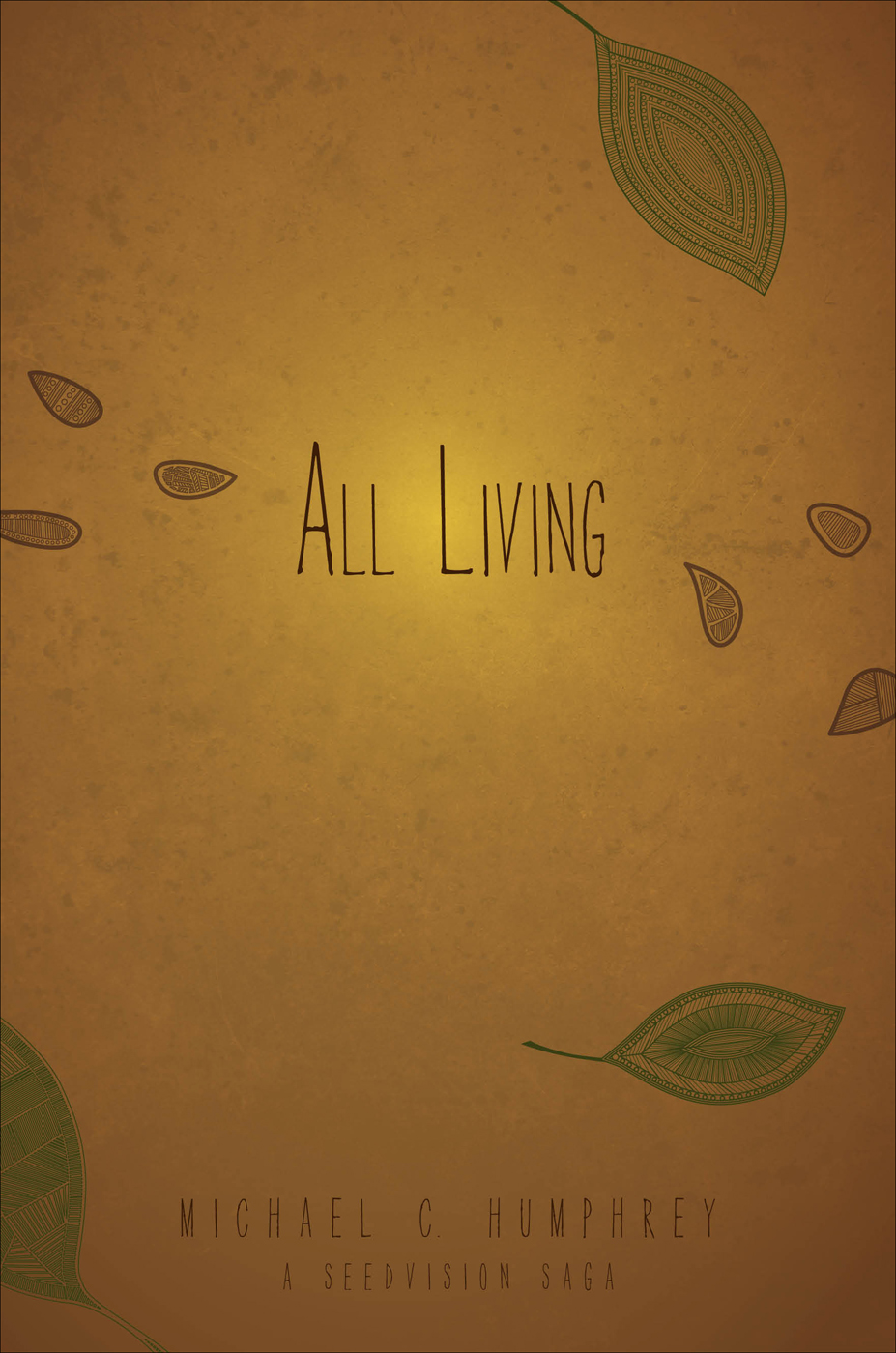 To Jon, my friend for nearly forty years.

To my wonderful wife Jennifer: A man should have women in his life to help him fathom the tender aspects of God’s depth, and the stage was set long before I was born. God used both my grandmother and my mother to instill in me an appreciation for his Word.

It is a father’s pride to watch as his sons are born, yet it is my daughters who have awakened in me the protectiveness of a father. Being a dad has made me a man more than any other step in my maturing process. From the women who have raised me to the women I am raising, I have learned facets of love that no man discovers on his own.

Yet only one woman in my life has completed me. How did Adam feel when he first realized God had provided a helper for him? Not just joy or thankfulness, I imagine, but wonder and astonishment. I understand.

My wife’s sweet, gentle spirit epitomizes the character of a
Proverbs
31 woman, and if patience is a virtue, and I believe that it is, then Jennifer is a very virtuous woman. She has the courage of Esther and the dedication of Ruth. She is twice as beautiful on the inside as on the out, and outwardly, she takes my breath away. I can’t imagine that even Job’s three daughters could have held a candle to her.

It wasn’t long after marrying her that the idea for this book occurred to me. I thank her for encouraging me to start, nudging me to continue, and inspiring me to finish. I have married my muse, and I am filled daily with the wonder and astonishment of her. She is my Keziah.

This book is for her.

As a writer, it is often difficult to find motivation, willpower, and self-control. After a tiring day of work, it’s easier to come home and unwind in front of the television than it is to write. Wanting to finish a book and actually doing so are two very different things, separated by a wide gulf. The people in my life unknowingly built the bridge that helped me across.

Thank you to all my friends and family who asked to read brief parts of this book during its creation and who offered invaluable support and motivational encouragement.

I owe a great debt of gratitude to my family, including but not limited to my wife and children, my parents, friends, relatives, church members and acquaintances. And obviously and most importantly to God and His Son, Jesus Christ.

Special thanks to my mom, Jon and Dorrie, Grandma Holfelder, Aunt Carol, Aunt Linda, Maegan, Jessica, Kit and Andrea, Chad and Shannon, Ed and Bobbi, Andy and Lauren, Vicki L., Susie, Stacie, Gail, Don, Jim, Mac, and Trinity Tate for finding my manuscript in the slush pile. Thanks Harry, David, and Dennis from work as well as the Neals, Bolds, Gentrys, and my English teacher, Mrs. Wilson, for pushing so hard when I needed more than a swift kick. A big thanks goes to my editor, Nicholle, and to everyone from my new Tate Publishing family. Finally, thanks to my friends at the Otterbein and Tippecanoe Public Libraries.

Thanks also to Arnold Mendez, Iron Butterfly, the flying men and women at Hanggliding.org, Michael Kelsey, and Tina at Peaceful Greens.

This is a work of fiction. Kole is constructed purely from my imagination. Much of the Bible is shadowed by the past, and there is room between the verses for speculating. My hope is that this book will provide a fresh look into familiar Bible stories and inspire others to wipe the dust off their own Bibles and get reacquainted with the exciting history that is recorded inside its tissue-thin pages.

Al was old but not quite six thousand years old. He sat in the corner booth of a little bar only three blocks from his large Victorian-Midwest house. Next week, when he moved to the Middle East, he’d have to live in a much more utilitarian manner but, all things considered, he was looking forward to it. He had not been to Jerusalem in over 150 years and he missed the old neighborhood, although news reports showed the area had changed considerably. He sat and stirred his drink, watching the red and white straw push the crushed ice cubes around in a clockwise direction. So much has happened, he thought, so many memories to carry around. It was time to tell his story.

He looked at his watch, 7:32. Lester was running late.

Lester was a fifty-something-year-old “kid” he had befriended over thirty years ago, his oldest living friend. During the last few centuries, Al had become a bit reclusive, content with being more of an observer than a participant. When his personal life periodically flourished he tended to neglect witnessing the rest of the world’s activities. He loved so intensely that he could get carried away and forget his real job. What he was actually preparing himself to do.

With the entire human race as his family, Al had had many friendships during his life, many loves, so many lost to him now. Dead. Al had buried every one he had ever cared for. He thought about his wife, Keziah.
Time for reminiscing later
, he knew, even though he remained acutely aware that time was running short for this current existence. Not just for him though, for everyone.

He thought about Lester. A good guy; sincere, honest, and dependable. He had met Lester a few months before the Woodstock Festival in 1969. When was that? Thirty years ago? More? How was it possible that time seemed to move so fast? Al smiled as he lost himself in the warm tide of his own memories. He remembered the day they had met as if it were a page from the Mitch Albom novel he had recently read. He had pulled his 1957 Chevrolet into a car wash and watched as an energetic young man had bounded up to his car.

“I do,” Al replied to the youth, a ruddy-faced lad that reminded him of David when he was a boy. The teen had on a pair of raggedy denim jeans, a white T-shirt, and a red shop rag tied around his head. Unkempt hair poked out from underneath it, and a few soft whiskers grew on his chin. His eyes were deep and green, and Al stared into them.

“You’re an old soul,” was the reply from this outspoken youth.

Al was old, it was true, but only in years. His body had stopped aging, and he looked to be a fit, fifty-five or sixty-year-old man. He had lean, straight muscles, toned and firm, sturdy bones, and distinguished lines in his clean-shaven face. He had once been a ship’s captain and his skin had a healthy, weathered look to it. His hair was thick, albeit cropped short for the summer, and had some speckling of gray around the temples.

“I, uh, I don’t know. It just came out. No disrespect intended, sir. I just got this feeling when I saw you, like…well, it’s not important.”

“No, please tell me,” Al insisted.

“Well, it’s like this. I saw you, and I got this weird feeling like you weren’t, uh you know, human or something. Like you were an alien, or an angel or a vampire. Oh man, I should shut-up now.”

Al laughed and the boy, whom he later learned was Lester, looked relieved. “I can assure you I am completely human. I’m just quite a bit older than I look.”

Al introduced himself, and Lester shook his hand. Lester’s hand was damp and sudsy, but his grip was firm. Al noticed his fingernails were clean and trimmed, indicating a clear conscience. Something though was odd about the boy. The way he had instantly discerned that Al was different, ancient. It made him curious.

Al got his car washed several more times that week, each time speaking to Lester and learning more about him. His family was not rich, but not poor. His father had died when he was ten, and his mother had recently remarried and moved to Oregon. Lester lived with a few roommates in a two bedroom flat down by the railroad tracks. He liked to play music and write, and he believed in God.

They started having coffee together every afternoon, discussing politics and poetry, religion and rioting, law and legalization. Al didn’t need to work, and Lester didn’t want to, so they each enjoyed filling their empty hours and enlightened minds with caffeine and conversation. Al let Lester do most of the talking. He was young and full of life and grand ideas about how to make the world a better place. Al had heard it all before but not in a long time. Not personally, not intimately. He began to have deep, fatherly feelings for Lester, and when Lester asked him one afternoon if he wanted to go to a small music festival with him and some friends in New York, Al almost said yes. He discerned that Lester wouldn’t mind hanging out with him but that what he needed more than company was a ride.

To Catch a Husband... by Sarah Mallory
The Etruscan Net by Michael Gilbert
The Effacing (Book 1.5): Valley's End by Clark, T. Anwar
Chasing the Dragon by Justina Robson
If You Leave: The Beautifully Broken Series: Book 2 by Courtney Cole
In a Heartbeat (Heartbeat #1) by Teodora Kostova
Father Christmas by Charles Vess
35 - A Shocker on Shock Street by R.L. Stine - (ebook by Undead)
Horrible Harry Goes to Sea by Suzy Kline
An Indecent Death by David Anderson