Read All Your Pretty Dreams Online

All Your Pretty Dreams 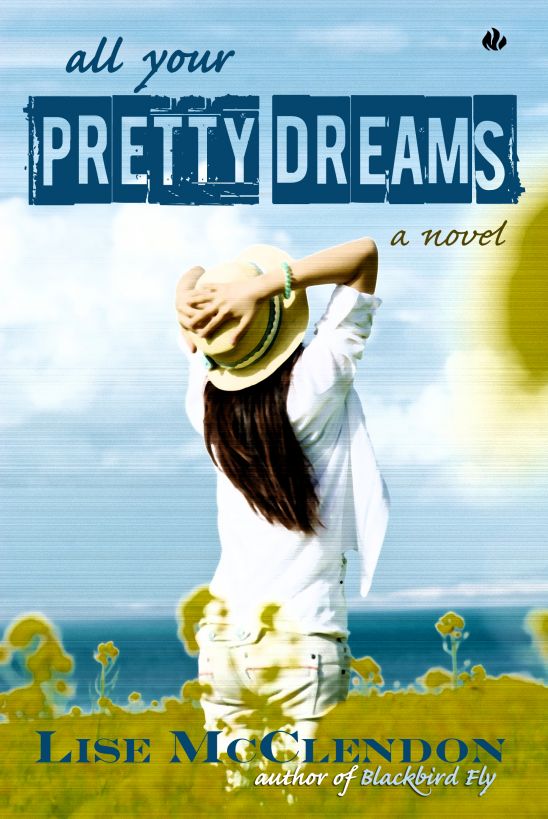 This is a work of fiction.
All rights reserved.

First published in the
United States by
Thalia Press

brothers who grew up in
Minnesota

One would be in less
danger

From the wiles of a
stranger

If one’s own kin and
kith

Were more fun to be
with.

One thing was clear to
Jonny Knobel that summer. When your life goes down the toilet, it
was good to be needed. Even if the people who need you make you
crazy.

“
Three days, that’s it.
Rehearsal tomorrow night and again Saturday.” His father glowered
across the kitchen table, shoulders hunched, hands wrapped around a
chipped mug of black coffee. “You been practicing?”

Blocks of watery sunlight
caught the faded wallpaper, making the red sprigs look like ketchup
splatters. The kitchen table was littered with mail, paper napkins,
dried rose petals. Ah, home. A glob of syrup on the table glowed in
the hazy morning sun, making Jonny dizzy. Strange to sit around the
kitchen table with them again, solo. He could only imagine how
surreal polka mass was going to be, his first gig with the old
accordion— and the family band— in nearly ten years.

“
How much is a little?”
his father demanded, lids half-closed. Ozzie’s chestnut-gray hair
was combed back with pomade like Elvis. He had the muscular arms of
a drummer. His chest was broad; dark circles ringed his eyes. But
even his most menacing look wasn’t very frightening. A consequence
of his wife yelling at him in the garden, no doubt. Jonny heard the
squabble early that morning. Ozzie hated not being in charge of his
time even though he was a disaster at time management.

“
More than me, I bet,”
Wendy said, waving her fork around. “Which is zero since school let
out.”

His little sister was
wearing more eyeliner than he remembered— and lipstick. But she was
seventeen, almost out of high school. She played her trumpet in
marching band and jazz band, in addition to gigs with the Red Vine,
Minnesota’s own Notable Knobels, now in its sixth
decade.

“
Great.” Ozzie pushed away
his coffee. “Nobody gives a shit.”

His mother, Margaret, set
down her cup with a clunk. “Oswald. Language.”

“
So Artie wouldn’t come.
You’d think just this once,” Ozzie muttered. Jonny looked out the
window at the rose bushes arching over the fence. Why his older
brother should be forced to play his trumpet in the family band
when Wendy was available made no sense. Bad enough one brother was
suffocated into the fold.

Ozzie’s jaw dropped.
“Everybody will be there.”

“
Just the Catholics,”
Margaret said. “And the Germans. But Stumpy will be there. We don’t
want to make him cringe. You must have been practicing,
Jonny.”

Stumpy’s poor health was
the reason he’d been summoned home. Arvid Stumpf,
three-hundred-pound accordionist, had a heart attack two weeks
before. It wasn’t exactly a surprise, given his girth and love of
his wife’s baking. He was on the mend, dieting and taking it easy,
swinging nothing bigger than a twinkie. Doctor’s orders.

Jonny eyed his pancake.
“This thing called my job takes up my time.”

Not quite true. He had
picked up the old squeeze box. The accordion— its chords and
rhythms, the hypnotic movement of pushing in the air and drawing it
back out again— had come back to him like a recurrent nightmare:
spring-loaded and terrifying. Something about learning before
puberty, Artie explained. Jonny was hard-wired to it. A frightening
concept.

He had left the accordion
behind, gladly. As a baby he crawled on stage while his grandfather
played. From the time he cut teeth he listened in on sessions with
his father’s friends. Maybe something you learn so early, something
you did so much as a child, never leaves you. You can push it down,
learn new music, look the other way. But maybe you’re stuck with
it. Like your family.

“
What’s new with Cuppie?”
Wendy blurted. “Is it kaputsky?”

Leave it to baby sister to
cut to the quick. She never liked Cuppie. This was his first visit
back since the split. Everybody had tiptoed around the subject at
dinner last night. Nobody asked how he was coping. They just
welcomed him back into the family fold like he was fifteen with
pimples, a little scared of him and his emotions but determined
that he get absolutely no chance to be himself.

His mother put on her
bright face. “I’ve found you a teacher. Somebody your grandmother
knows. Just to brush up again. He’s French Canadian but speaks very
good English.”

“
Your appointment is at
one o’clock. But before that your father needs you to get up on the
roof of the motel and look at the shingles near the chimney
flue.”

Jonny stared at his plate.
He would get through this. He knew his parents would be like this,
arranging his life. How could he blame them? He was hiding out from
reality in his sad little room.

Outside birds were
chattering in the trees. A breeze blew the white curtains with a
puff. An instant of calm passed over him, as if the lake, the maple
trees, the apple orchards and cornfields of his youth had blossomed
inside him for one peaceful second. Something clicked inside his
head, a fuzzy memory of who he’d been. Was this why he was here?
Starting over, getting it right this time?