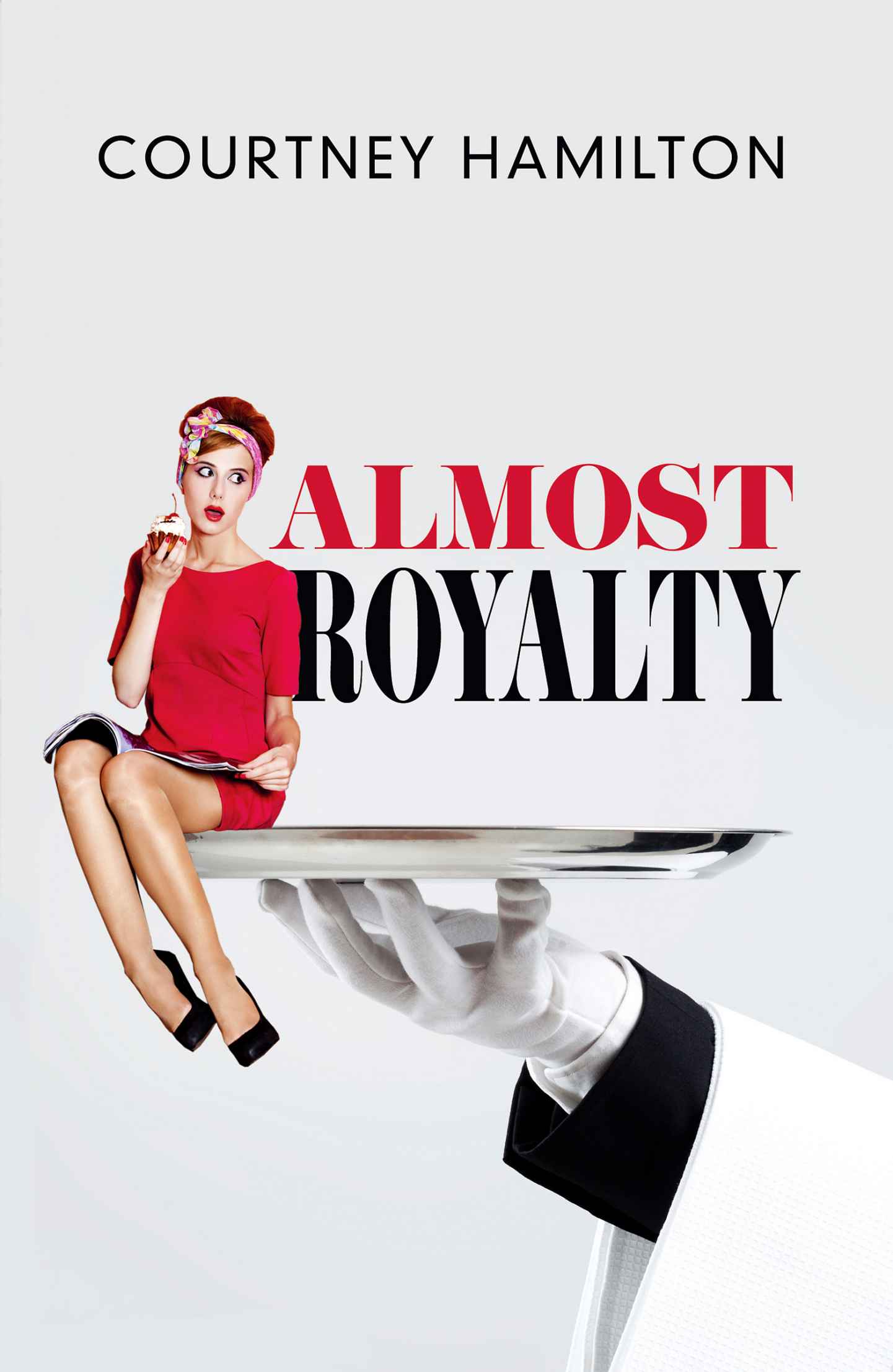 The L.A. Eco-Chain of Dating

(According to my friend Marcie)

Requirements:
If Your Money
– A good attorney (a great prenup is mandatory). If potential spouse is 20 years or more younger, a fantastic attorney, a fertility specialist(s), and a therapist.
If Not Your Money –
You will spend $$$$$$$ per month on “maintenance” and live on a diet.

How to Be an Adult

It was unsettling to drive into this Los Angeles residential area, one block west of Bundy, one block north of Wilshire—technically still Brentwood, but just barely. Previously, it was a middle-class neighborhood of 3-bedroom, 1.5-bathroom, 1500-square-foot homes with nice lawns, two trees, decent back yards, and detached garages. Now I found myself parking in front of a single-family residence modeled on a Cold War Era Russian Embassy with a satellite dish so enormous, it must have been on loan from the Strategic Air Command.

I knew the families that once lived here. Dad was a fireman, an engineer, or a teacher—maybe a college professor. Mom, like all moms, stayed at home, led the Brownie Troop, and took care of the kids until the kids were well into middle school. At that point, mom picked up her teaching credential, her real estate license, or worked as a receptionist in a doctor’s or dentist’s office.

The kids all went to public schools—Brentwood or Kenter Canyon for elementary, Hamilton for middle school, and University High (“Uni”) for high school. If the kids did reasonably well at Uni, they went to UCLA if they wanted to stay local, UC Berkeley if they were tired of Southern California, or UC Santa Cruz if they couldn’t get into Berkeley. A few would apply for Stanford and get rejected unless they were world class athletes, legacies, or had perfect SATs. A handful would decide that they would try a private college back East—Vassar, Harvard, or maybe Yale—but after experiencing a winter that started in mid-October and extended to a surprise snowstorm in early May, they’d pack it in and transfer to Berkeley.

I don’t know when my mind started playing tricks on me but I found myself nostalgic for things I once despised. I knew that those 1500-square-foot homes had been bought in the early and mid-’70s for no more than $25,000. They were now tear-downs that would sell for over $1,000,000 for a normal size lot on a nice street or much more if there was a view of anything, even the service entrance to the golf course.

I knew those dads—once engineers, teachers, or firemen—had been replaced by partners in mid to large law firms, TV writers/‌executive producers, or actors who managed to land and stick in a successful network prime-time television series.

The moms—former attorneys, agents, or actresses—still stayed at home, but now they didn’t even bother to take care of the kids because each family had a nanny—or nannies—whom they paid under the table. The nannies took care of the kids, cleaned the house, and cooked. The moms went to Yoga classes, had personal trainers, and planned their strategies.

Which Mommy and Me (excuse me: Parent and Me) Class and which church or temple did you have to join when your baby was 18 months old to ensure that your child would get into the right preschool at age three? It was pretty much understood that it was harder to get your child into Little Dolphins by the Sea, Wilshire Boulevard’s Mann Early Childhood Center, or Brentwood Presbyterian’s Nursery School than Brown, UCLA, or UPenn.

Which preschools fed into The Center for Early Education, Carlthorp, or John Thomas Dye? If you went to a public elementary school—if you were fortunate enough to live in the right neighborhood and get a spot at Warner or Kenter Canyon—what about middle school? The public middle school was awful. Could you still get them into a private?

If you could even get into a private school, what would you do if your kid got into a school in the San Fernando Valley when you lived on the Westside? The Westside to the Valley was a 45-minute drive, if there was no traffic—which was never. The only way this could work was if you drove your kid to school at 5:30 a.m. or joined one of those car-pools where the weekly schedule was emailed back and forth every Sunday night. Everyone knew parents with the nightmare of kids in two or more different private schools who spent three to four hours per day driving their kids to and from school. Was it too much to hire a car service for your child when he was in kindergarten?

Then there was high school. What if you spent $31,000 per year for a private high school and your kid still couldn’t get into a good college? Everybody knew that your kid could have a 4.5 GPA with perfect SATs and still not get into Berkeley or UCLA.

I parked my car. Two stories. Two 15-foot white columns, a 15-foot door, and a turret/‌tower. Tiny windows. 5 bedrooms and 4.5 bathrooms, with a whirlpool in the master bedroom. A gourmet kitchen with an island, a marble or Corian countertop, a Viking stove, and a Sub-Zero refrigerator that no one would ever use because absolutely no one cooked anymore except to warm up take-out that had gotten cold. A garage—the only remnant of the pre-existing structure—and an extra wing of the house built over it that had become an office, a guest wing, or if you really pushed it, the children’s quarters where they would stay with their nanny.

5000 to 7000 square feet, the size a reflection of the fact that most wanted homes that were much more than places to eat and sleep. Along with the home office, it was likely that the home would now include a pool and spa, a home gym, a home theatre and possibly a tennis/‌basketball court or a garden entertainment area with an outdoor barbecue.

Who could afford these homes? What deluded buyer actually believed that they could afford these enormous mortgage payments? A fountain with water coming out the mouth of a ceramic lion’s head was attached to the stone wall that ran down the property line on its west side. With the exception of two sad, three-foot ficus plants and a few isolated patches of grass, there was absolutely no foliage on the property.

I saw my friends, Bettina and Marcie, approaching. I got out of my car.

“You aren’t still driving
that,
are you?” said Marcie.

“Sure, but is that the statement you want to make?” said Marcie.

“I’m not making any statement.”

“Exactly,” said Marcie, “so why don’t you go move
that
around the block so no one sees you getting into it when we leave.”

I ignored the remark.

We walked up to the house and stared at the fountain.

“I’m surprised you actually know someone who lives in one of these,” I said.

Marcie frowned and looked at me. “What do you mean?”

“Well, I’ve watched a million of these little houses get torn down and replaced with these 5000-square-foot Russian Embassies—or my other personal favorite—the 7000-square-foot antebellum mansion. The ‘For Sale’ signs go up, and after a while—six to eight weeks—they’re taken down. But you never see people living in these houses, even if they try to personalize the place, maybe they put a swing set in—you just never see kids on the swing set. And then you see a really crummy car out front so you know it didn’t sell and they’ve got one of those professional house sitters in there.”

“Just be quiet, OK?” said Bettina. “Leslee invited us—it’s her book group with some of those Ivy & Elite people. You know, the ones who married well.”

Well, it wasn’t really that Leslee had invited us. It was more that she demanded that I come for re-education. More like reorientation. Like the Maoists re-educating the Imperialist Chinese, but in reverse, on “How to Be an Imperialist Resident of the Westside of Los Angeles, CA.”

Or more to the point: “How to Marry Up the L.A. Eco-Chain of Dating.”

“It would be good for you to come,” said Leslee. “You really need to see how you should be presenting yourself. These women are role models.”

“Wouldn’t that be fraudulent misrepresentation? To pretend to be something I’m not to a potential life partner?”

I don’t know if they were my role models, but they were definitely Leslee’s. Leslee, my best friend Jennifer’s friend, had recently moved to Los Angeles from San Francisco. Like most transplants from the Bay Area, she hated Los Angeles long before she landed here.

A few months ago Leslee had been asked to transfer to the Los Angeles office of Hobeck, Berman, her uber-elite San Francisco law firm. Like any dutiful associate, she couldn’t refuse. Of course, there were those financial rumors about Hobeck circulating. And being in the L.A. office of a San Francisco law firm never made anyone happy.

However, to insulate herself from the coarseness of Los Angeles, Leslee had joined the “Ivy & Elite,” a group composed of graduates from the Ivy League, Stanford, Duke, and other elite universities. The main purpose of the Ivy & Elite was, of course, to provide a dating pool for its single members. But it also provided socializing evenings, such as lectures and book groups for its “success stories,” the Ivy & Elite members (women) who had married, become mommies (a minimum of two children was required), and clawed their way into the B-Level of Los Angeles “Civilian” Royalty (the Rising Achievers professional class).

In Los Angeles, a town with few traditions, an unspoken class system existed. There was the Celebrity Royalty—the multi-millionaire (and somewhat feral) first-generation successes of the entertainment industry who behaved as if Los Angeles existed for their benefit only. The rules, schedules, and boundaries of civilized life existed for the others—the “Civilians,” those who were not the multi-millionaire successes of the entertainment industry.

The Civilians had their own Royalty: They came from business, oil, high tech, or real estate. Unless it was from high tech, the Civilian Royalty tended to be from second- or third-generation money, very involved (through donations, mostly) in Los Angeles and its cultural institutions, and blessed with excellent educations. The women in the Civilian Royalty had married well (a weak prenup was always hoped for), would never again have to work, and always, always, always could be found filling the volunteer committees or serving hot lunch at the most exclusive private schools in Los Angeles.

Well, that’s if they were B-Level.

The A-Level Civilian Royalty mommies would never, ever be caught dead serving hot lunch. Apparently, it seemed that a million—or more—dollar donation, tendered years before their five-year-old’s application ever arrived at that exclusive private school, exonerated them from the task of ever passing out barbeque chicken wraps.

“These are the Ivy & Elite women who
married well
?” I said. “The role models?”

Bettina and Marcie, her new best friends, were dying to come.

“Do you think any of them have put their kids in private schools?” said Bettina.

Marcie looked at her and rolled her eyes. “Really, Bettina? Where else would they put them?”

I love books and I love book groups. A book group can be like a great travel agent or an expert in the place you’re visiting, a guide who points out a wonderful museum, restaurant, or hike that you might have missed. Even though I was more than a little skeptical about this first step in my re-education, I couldn’t wait to hear the insights and thoughts of the highly educated Ivy & Elite role models.

We were told to read
A Mighty Heart
, featured on Oprah, because someone in the group claimed to have seen Angelina Jolie walking around Santa Monica and thought she looked fabulous.