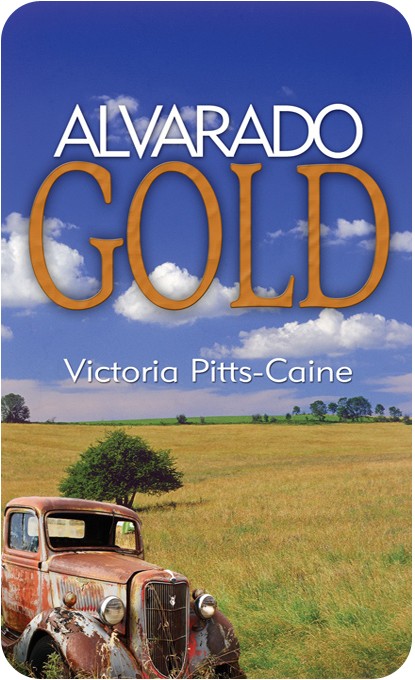 A word about the author…

All rights reserved. No part of this book may be used or reproduced in any manner whatsoever without written permission of the author or Publisher except in the case of brief quotations embodied in critical articles or reviews.

First I’d like to thank God for the ability and courage to see this story from the beginning to end; my husband, Glen, and daughters, Heather and Holly, and their impelling force in my life and their encouragement when I wanted to give up; and last but certainly not least, a writing group that meets every Tuesday night in Fresno, California.

Special thanks to friend and fellow writer, Barbara Capell, for her steadfast friendship and never failing love and support.

I would like to extend a considerable measure of gratitude and heartfelt appreciation, to my mentor, Elnora King.

Holding the handle of the shovel in his gnarled hands, Pablo Escobar patted the smooth backside of the metal blade against the moist soil. He straightened and looked to the East as the first pale hint of light crept along the softly rolling hills of the Texas plains. After noting the landmarks, he penciled a quick note, folded it into an envelope and climbed aboard an old wooden wagon. Clicking his tongue against his cheek, he put the mules into motion for the seven mile trip back to town.

Not more than twenty minutes later, John Barnes stood on a flat piece of land just outside of Barnesville. He could see the church steeple and considered donating this land, too, for a cemetery. The town had started to grow. The homes were filled with thriving families. The many business operations he and his brothers had started and the hope of the future for the entire state of Texas drove the economy. This June morning he had come to this corner of land on Chambers Creek for another reason. He headed across the open ground toward a cave nestled into a granite overhang. Making the journey, he walked across his own grave. He would be the first one buried in the cemetery. His dream would be carried on by others. His secret known to only a few.

My brother had chosen to go home the morning Grandpa’s will was to be read. Eric crossed the wooden porch and bounded down the steps of our grandparents’ home where five of their six grandchildren had spent the previous night. His hurried gait brought him closer to a waiting taxi.

“Why? Grandpa didn’t have anything,” he grumbled. “I have to get back to my job. Jobs are important, Addie.”

I sat on the old, white porch swing attached to the overhang with two even sections of galvanized chain. Shoots of ivy coiled in among the links and wandered aimlessly toward the roof. The air was scented with roses and a burnt sugar smell emerged from the Katsura tree as a light breeze ruffled its leaves. I felt a familiar heaviness settling inside me. I’d hoped we’d do this together but, as usual, Eric proved me wrong. There was no reason to think the events surrounding Grandpa’s death would change anything. I often avoided Eric. Because of his overbearing personality and his self-appointed post as my guardian angel, our encounters usually ended in his tirades. Sharing some of those same personality traits myself, I didn’t want to listen.

When the taxi turned the corner at the end of the block, I got up and went inside. Our grandfather’s house was a time capsule. The home’s interior reflected typical 1950 middle class Americana with the exception of two rooms–Grandpa’s den with its thirty-inch color television and tweed recliner and Grandma’s antique filled living room. As I stood in the doorway, I remembered the living room had been off-limits when I was a kid.

Since I was a tomboy by nature, I didn’t bother even looking. I did put a baseball through the window; and lucky for me, Grandpa came to my rescue. Grandma made me sit perfectly still in the middle of the living room floor fifteen minutes a day for the remainder of my visit, an eternity for a seven-year-old.

“We need to go, Addie.” Clay, Uncle Clayton’s only son, tapped me on the shoulder.

Our eyes locked and I could see a flicker of sadness in his. Was it the same sorrow I felt for the family connection we failed to share?

After Eric’s blunt departure, my cousins and I left for our meeting with David Darrow, Grandpa’s lawyer. Clay navigated the streets, double-parked and deposited his sisters and me in front of a large skyscraper in downtown Houston. We agreed to wait in the lobby while he garaged the van.

I reached the obsidian colored, double doors at the same time a tall, dark-haired man exited from the building. He and I collided and our collective load of papers littered the entry way.

I glared at him. “Ever hear of ladies first?”

“I’m sorry.” He smiled and handed me my stack of documents. “Here, these must be yours.” His bright, blue eyes turned violet as he looked down at me. “Addison Brown? Interesting name.”

Realizing my name was on one of the envelopes, I numbly mumbled, “Thanks.” I grabbed my stack from his hands, dismissed the event and entered the building.

Perched far above the busy streets in the twenty-two story high-rise, I sat across from three near strangers who were also my first cousins, Melissa Raye, Susan Westgate and Clay Barnes.
Exactly what am I doing there?
Except for Melissa, I hardly knew these people. The relationship of Grandpa’s three children was a mystery, at least to me.

Eric and I may fight because he wanted to dominate my life and I did not intend to let him. In spite of that, though, I knew if I ever needed him, he’d be there and I wasn’t so sure my mother had the same familiarity with her brothers.

Like an exotic blend of aromatic tea, my family and their history was steeped in secrets and the resulting questions they generated. The only person with the answers, my grandfather, was gone. As he would say, “A full measure of confusion,” laced my life. I’d waited too long to ask why my mother and her brothers were never part of each other’s lives. I recalled them and their families in the shadows of my childhood. No one knew better than I, how the longing for family crept into the depths of my heart but I made a considerable effort to cloak my desires.

When David Darrow turned from the wall safe behind his over-sized, over-priced mahogany desk, I felt my world shift a little more off-center. It had been slowly sliding away from its focal point for some time. “Addison, since you’re executrix, your grandfather wanted you to have this.” Mr. Darrow, spoke slowly as he extended a square, tortoiseshell box. Its sides showed signs of the patina caused by the hands of many generations.

He moved closer to the table and set the box in front of me. “There are some papers in there you should see. The box contains mostly old letters which were important to your grandfather.” I instinctively reached for the top to open it. Mr. Darrow covered the lid with his large hand. “You don’t need to look at them here but he requested you go over them together.
All
of you.” He nodded at my cousins.

He made it sound as if we were close but the previous day at our grandfather’s funeral was the first time we’d seen each other in years. Now, I sat alone at a small table facing Mr. Darrow’s desk. Mel, Clay and Susan had planted themselves together on a soft, buttery leather couch. They were smiling faces from Christmas cards and summer letters. We all looked enough alike to be brothers and sisters, not cousins, scattered, until yesterday.

My thoughts floated to the service at the cemetery, we had stood silently at his graveside as the minister spoke of our grandfather. Fine man. Leader of the community. Worthy citizen.

“To everything there is a season and a time to every purpose under heaven
,
” the pastor quoted from his well-worn Bible. “A time to be born and a time to die.”

One by one, we waited to place red carnations on our grandfather’s casket, mine devoid of leaves, as I’d nervously picked them off during the homily. The other spicy scented, crimson blossom in my hand was for the sixth cousin, whom I’d failed to locate. The spreading oak branches above us offered shade but the humid air surrounded us like a velvet bag with the drawstring closing at our throats. A breeze would have helped; however, I couldn’t blame the weather on the inability to take a full breath. Empty. Because of choices made by our parents, we were separated. What had happened? Could this generation change things? Or would the emptiness remain and the secrets be kept? Had his passing brought us together for a reason?

The Barnes’ cousins stood on one side of Grandfather’s grave. They were Clayton’s children. Uncle Clayton and Lyndie, his wife, were killed in a plane crash while visiting Europe.

Eric stood next to me across from them. He usually avoided such events and surprised me when he wanted to come. And last, but in my estimation not least, I stood, Addie Brown. We were Margaret’s children. Our parents slipped from our lives too early. The year Eric joined a fledgling computer company and I started college, Dad died on an engineering job in South America, a mountainside cave-in. In less than a few seconds, my father’s life was engulfed; mine, too, it sometimes seemed. When the earth cracked and took him away, a fissure developed in my world and my landslide began. I became the caretaker for my frail mother. Two years later, she withered and died. The doctor said pneumonia but I think it was more like a broken heart. It was at that point Grandpa told me, “Listen. Honey, you’ve mourned long enough, put all that unhappiness behind you. It’s your time to dance.” But my own secret kept me from dancing.

After her death and my graduation from college, I became an associate at Docurestore, where I worked in a unique, but underpaid, position reconditioning and restoring ancient Egyptian documents. I loved my job, but I couldn’t see my future going anywhere, especially after I didn’t take an employment offer in San Francisco. In a rare moment of impetuousness, I quit.

Exactly six weeks later, I’d had the end all of end all scenes with my boyfriend, Jim, and abruptly concluded our relationship. Something I should have done months earlier but I had too many unanswered questions. We’d long ago hit a snag on the river of romance when he told me his work was far more important than mine and he needed to stay grounded in San Jose.