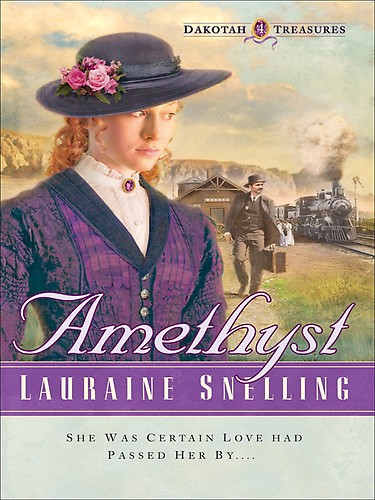 D
AUGHTERS OF
B
LESSING

A Dream to Follow
Believing the Dream
More Than a Dream 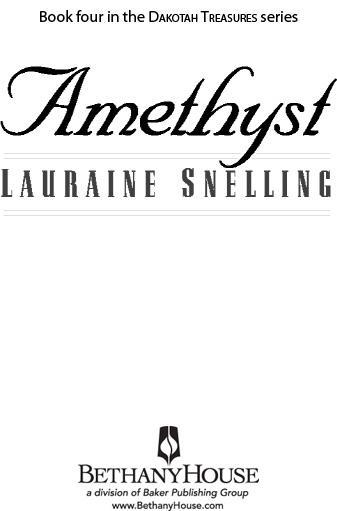 To Jeanne and Bill, Mona and Eileen,
who gave me space and a place to write
faster than I ever have before.
What blessings you all are.

LAURAINE SNELLING is an award-winning author of over fifty books, fiction and nonfiction, for adults and young adults. Besides writing books and articles, she teaches at writers’ conferences across the country. She and her husband, Wayne, have two grown sons, a basset named Chewy, and a cockatiel watch bird named Bidley. They make their home in California.

This book wasn’t planned as part of the D
AKOTAH
T
REASURES
series in the beginning, but when I ran out of book for Opal before I ran out of story, I asked my friends at Bethany House if we could add one more book. I danced for joy when they said yes, so thanks, Carol Johnson, David Horton, and all others involved in that decision. I wanted to find out what happened next as much as our readers did.

Kathleen, Chelley, Mona, Eileen, Woodeene, Nanci, thanks for brainstorming, for asking questions, reading again and again, helping me figure out these characters and get enough conflict. Sharon Asmus, you are always a delight to work with, the speed with which you get back to me is amazing. Do you read in your sleep? Deidre, agent and friend, what a journey we are on. Thanks for your wisdom and encouragement.

My perpetual thanks to all the readers who write and ask for more. I am so blessed. I’m glad these books mean so much to you and that you take time out of your busy schedules to let me know your thoughts.

To God be the glory, great things He has done.

Her father’s words itched worse than a bur in her camisole.

“Go find Joel.” He’d said those words more than once or even twice. Every time he got to feeling poorly, he’d point his bony finger at her and utter those same words. What did he think she was—a gypsy who could look in tea leaves or a crystal ball and find out where the boy had disappeared to? What possibly irked her the most was that “feeling poorly” meant he’d had one—or many—too many drinks and would come home feeling right sorry for himself. And convinced he was dying.

More than once Amethyst Colleen O’Shaunasy, called Colleen because her father had thought her mother’s naming her after a pinky-purple rock was the height of stupidity, wished she could join the temperance movement. If there were some way she could destroy the local tavern, she would. Or at least shut it down. But there was far too much work to be done on the farm if she wished to keep a roof over their heads and food on the table to go gallivanting off to join a women’s movement. Not that all the hard work would help her any.

“That’s what ya allus say. Ya ain’t got the brains God gave a goose. Find ’im before I die, or you won’t even have this house to live in. Ya know a woman can’t inherit land. I’m just lookin’ out for yer own good.”

Like you have all these years chasing away any beau who came calling?
Her father didn’t think she knew of his perfidy, but she’d found out, thanks to the local gossip. He wanted her home to take care of her ailing mother and him. Not that he worried much about any ailing female, unless she collapsed in the field, as her mother had. An affront to his dignity that was.