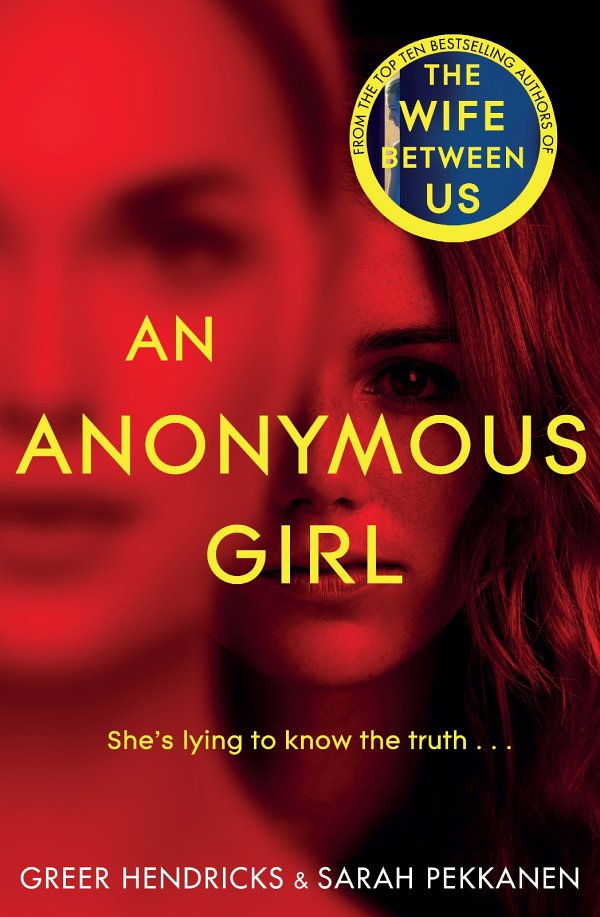 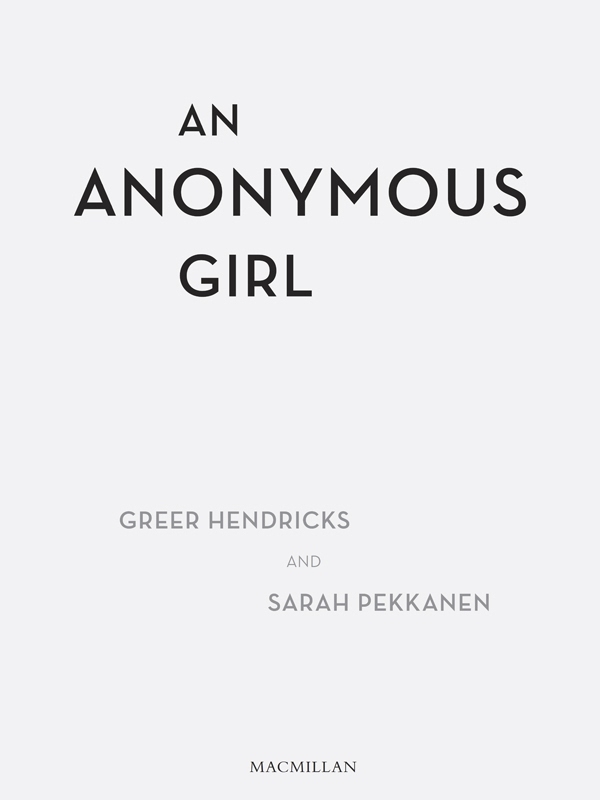 For my parents, Elaine and Mark Kessel

You’re Invited: Seeking women aged 18 to 32 to participate in a study on ethics and morality conducted by a preeminent NYC psychiatrist. Generous compensation. Anonymity guaranteed. Call for more details.

It’s easy to judge other people’s choices. The mother with a grocery cart full of Froot Loops and Double Stuf Oreos who yells at her child. The driver of an expensive convertible
who cuts off a slower vehicle. The woman in the quiet coffee shop who yaks on her cell phone. The husband who cheats on his wife.

But what if you knew the mother had lost her job that day?

What if the driver had promised his son he’d make it to his school play, but his boss had insisted he attend a last-minute meeting?

What if the woman in the coffee shop had just received a phone
call from the love of her life, a man who’d broken her heart?

And what if the cheater’s wife habitually turned her back on his touch?

Perhaps you would also make a snap judgment about a woman who decides to reveal her innermost secrets to a stranger for money. But suspend your assumptions, at least for now.

We all have reasons for our actions. Even if we hide the reason from those
who think they know us best. Even if the reasons are so deeply buried we can’t recognize them ourselves.

A lot of women want the world to see them a certain way. It’s my job to create those transformations, one forty-five-minute session at a time.

My clients seem different when I’ve finished helping them. They grow more confident, radiant. Happier, even.

But I can only offer a temporary fix. People invariably revert to their former selves.

True change requires more than the tools I wield.

It’s twenty to six on a Friday evening. Rush hour. It’s also when someone often wants to look like the best version of themself, so I consistently block this time out of my personal schedule.

When the subway doors open at Astor Place, I’m the first one out, my right arm aching from the weight of my black makeup case as it always does by
the end of a long day.

I swing my case directly behind me so it’ll fit through the narrow passageway—it’s my fifth trip through the turnstiles today alone, and my routine is automatic—then I hurry up the stairs.

When I reach the street, I dig into the pocket of my leather jacket and pull out my phone. I tap it to open my schedule, which is continually updated by BeautyBuzz. I provide the
hours I can work, and my appointments are texted to me.

My final booking today is near Eighth Street and University Place. It’s for two clients, which means it’s a double—ninety minutes. I have the address, names, and a contact phone number. But I have no idea who will be waiting for me when I knock on a door.

I memorize the exact location, then stride down the street, skirting the garbage that has spilled from a toppled bin. A shopkeeper pulls a security-grate over his storefront, the loud metal rattling into place. A trio of college students, backpacks slung over their shoulders, jostle one another playfully as I pass them.

I’m two blocks from my destination when my phone rings. Caller
ID shows it’s my mom.

I let it ring once as I stare at the little circular photo of my smiling mother.

I’ll see her in five days, when I go home for Thanksgiving, I tell myself.

Guilt is always the heaviest thing I carry.

I can picture her in the kitchen in the suburban
Philadelphia home where I grew up. She’s stirring gravy on the stove—they eat early, and Friday’s menu is always pot roast and mashed potatoes—then unscrewing the top on a bottle of Zinfandel in preparation for the single glass she indulges in on weekend nights.

There are yellow curtains dressing the small window above the sink, and a dish towel looped through the stove handle with the words
Just roll with it
superimposed over an image of a rolling pin. The flowered wallpaper is peeling at the seams and a dent marks the bottom of the fridge from where my father kicked it after the Eagles lost in the playoffs.

Dinner will be ready when my dad walks through the door from his job as an insurance salesman. My mother will greet him with a quick kiss. They will call my sister, Becky,
to the table, and help her cut her meat.

“Becky zipped up her jacket this morning,” my mother says. “Without any help.”

Becky is twenty-two, six years younger than me.

Sometimes I wish I lived closer so I could help my parents. Other times, I’m ashamed at how grateful I am that I don’t.

“Oh, did you get hired for another show?”

I can’t tell her the truth, so I blurt out the words: “Yeah, it’s just a little production. There probably won’t even be much press about it. But the makeup is super elaborate, really unconventional.”

I feel like she wants to add something more, but even though I haven’t quite reached my destination—a student housing complex at NYU—I end the call.

My rules for any job kick in even before I arrive.

I evaluate my clients the moment I see them—I notice eyebrows that would look better darkened, or a nose that needs shading to appear slimmer—but I
know my customers are sizing me up, too.

The first rule: my unofficial uniform. I wear all black, which eliminates the need to coordinate a new outfit every morning. It also sends a message of subtle authority. I choose comfortable, machine-washable layers that will look as fresh at seven
P
.
M
. as they do at seven
A
.
M
.

Since personal space vanishes when you’re doing someone’s makeup, my
nails are short and bufed, my breath is minty, and my curls are swept up in a low twist. I never deviate from this standard.

I rub Germ-X on my hands and pop an Altoid in my mouth before I ring the buzzer for Apartment 6D. I’m five minutes early. Another rule.

I take the elevator to the sixth floor, then follow the sound of loud music—Katy Perry’s “Roar”—down the hallway and meet my clients.
One is in a bathrobe, and the other wears a T-shirt and boxers. I can smell the evidence of their last beauty treatment—the chemicals used to highlight blond streaks into the hair of the girl named Mandy, and the nail varnish drying on the hands Taylor is waving through the air.

“Where are you going tonight?” I ask. A party will likely have stronger lighting than a club; a dinner date will
require a subtle touch.

At my blank look, she adds: “It’s in the Meatpacking District. Drake was just there last night.”

I wind through the items scattered across the floor—an umbrella, a crumpled gray sweater, a backpack—then move aside the SkinnyPop popcorn and half-empty cans of Red Bull on the low coffee table so I can set down my case. I
unlatch it and the sides fold out like an accordion to reveal tray upon tray of makeup and brushes.

“What kind of look are we going for?”

Some makeup artists dive in, trying to cram as many clients as possible into a day. I take the extra time I’ve built into my schedule to ask a few questions. Just because one woman wants a smokey eye and a naked mouth doesn’t mean another isn’t envisioning
a bold red lip and only a swipe of mascara. Investing in those early minutes saves me time on the back end.

But I also trust my instincts and observations. When these girls say they want a sexy, beachy look, I know they really want to resemble Gigi Hadid, who is on the cover of the magazine splayed across the love seat.

“So what are you majoring in?” I ask.

“Communications. We both
want to go into PR.” Mandy sounds bored, like I’m an annoying adult asking her what she wants to be when she grows up.

“Sounds interesting,” I say as I pull a straight-back chair into the strongest light, directly under the ceiling fixture.

I start with Taylor. I have forty-five minutes to create the vision she wants to see in the mirror.

“You have amazing skin,” I say. Another rule:
Find a feature to compliment on every client. In Taylor’s case, this isn’t difficult.

“Thanks,” she says, not lifting her gaze from her phone. She begins a running commentary on her Instagram feed: “Does anyone really want to see another picture of cupcakes?” “Jules and Brian are so in love, it’s gross.” “Inspirational sunset, got it . . . glad you’re having a rocking Friday night on your
balcony.”

As I work, the girls’ chatter fades into background noise, like the drone of a hair dryer or city traffic. I lose myself in the strokes of different foundations I’ve applied to Taylor’s jawline so I can match her skin tone flawlessly, and in the swirl of copper and sandy hues I blend on my hand to bring out the gold flecks in her eyes.

I’m brushing bronzer onto her cheeks when
her cell phone rings.

Taylor stops tapping hearts and holds up her phone: “Private number. Should I get it?”

The Bones of the Old Ones (Dabir and Asim) by Howard Andrew Jones
the Hunted (1977) by Leonard, Elmore
This is Life by Rhodes, Dan
The Complete Book of Australian Flying Doctor Stories by Bill Marsh
Half Moon Street by Anne Perry
TAILS OF THE PUSSYCAT LOUNGE by R. Richard
Whatever He Asks (Writer for the Billionaire) by Frost, Thalia
Mummy by Caroline B. Cooney
In the Presence of My Enemies by Gracia Burnham
The Highland Dragon's Lady by Isabel Cooper