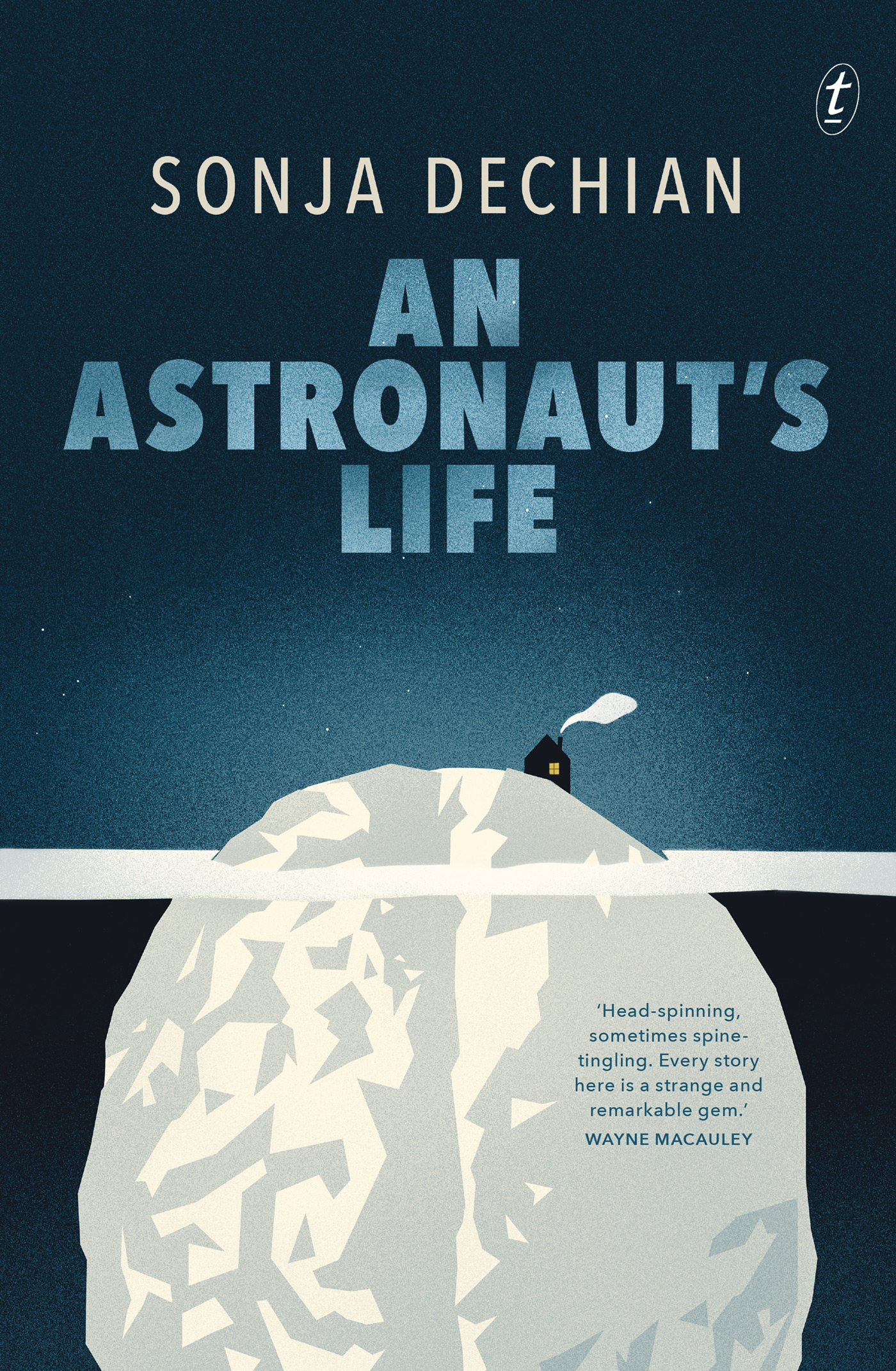 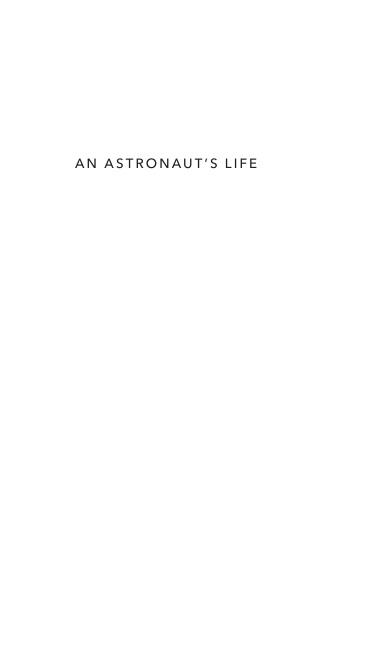 Sonja Dechian is a writer, editor, and radio and TV producer. She has co-edited two
collections of stories about the Australian refugee experience,
Dark Dreams
and
No
Place Like Home
(Wakefield Press). 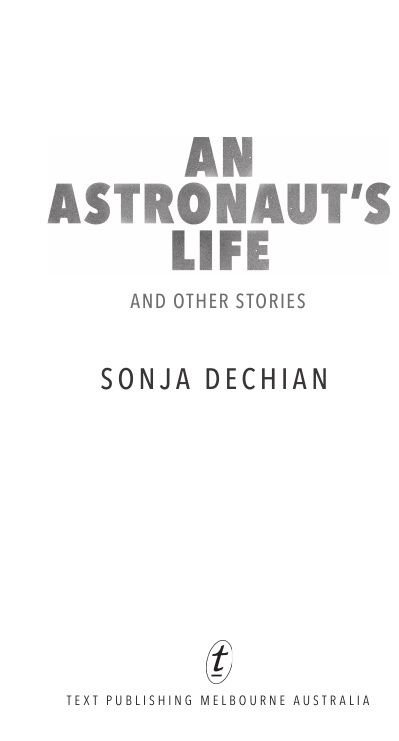 The moral rights of Sonja Dechian have been asserted.

All rights reserved. Without limiting the rights under copyright above, no part of
this publication shall be reproduced, stored in or introduced into a retrieval system,
or transmitted in any form or by any means (electronic, mechanical, photocopying,
recording or otherwise), without the prior permission of both the copyright owner
and the publisher of this book.

Earlier versions of some of these stories were published in
Kill Your Darlings
(âThe
Race' and âThe Architect').

Photograph of Francis Crick, taken in 1990 at the Salk Institute, reproduced with
permission from Marc Lieberman.

First published in 2015 by The Text Publishing Company

This project has been assisted by the Commonwealth Government through the Australia
Council, its arts funding and advisory body.

Nights at the House

When you open your eyes for the first time in seven months, it's not like you imagined.
Your legs hurt. Maybe your blood is pooling in them because you've been lying still
for so long. It's crossed your mind a few timesâwhat it would feel like to be in
a coma. You had it wrong, though. Your eyes don't flutter open, there's no moment
of dreamily waking. Just a jolt of pain and you're back.

Two women by your bed cry out with joy. They start to sob. One of the women is your
mother, which is something of a comfort. She's clutching at your hands, then at her
face, then at your wife. Your wife, Melinda is also crying and clutching, but she's
doing this more
carefully. She is, by the look of her, five or six months pregnant,
which is surprising because the last time you saw her she wasn't pregnant at all,
not that you knew of, although you could still have amnesia. So you just say, âYou're
pregnant?' and the sound of your voice, your cracked and wounded voice, makes the
two women clutch one another and cry even more.

You have to admit their joy is catching, despite everything. So when Melinda nods
and kisses your cheek and says, âYes, yes. We're having a baby,' it feels good, despite
the hurt in your body.

They let you rest.

Later, Melinda is alone beside you. You try to say something, but it doesn't come
out.

You look over at her and blink.

âThe doctor says you should rest up. It's normal if you can't talk. We're just so
glad you're back.'

You nod. You're back.

âWe're having a boy,' she says. âA little boy, that's what this is.' She pats her
stomach. âDo you remember?'

She leans in and puts her face to yours, as if to look in deep and read your mind.

âWhere have you been?' she whispers.

You close your eyes.

After a few days the pain recedes and you can talk more. Your mother sits by you
while Melinda is at work.

âShe shouldn't be working so much, pregnant like that.'

Your mother tucks the sheet tight against your chest.

You come to Melinda's defence. âWasn't it her idea, all you did?'

âIt was. Yes, it was her idea, the reading,' your mother concedes. âBit disappointing
you don't remember a word of it, but we still did it, which is really what the point
was. The reading, not the reward.'

â
Anna Karenina
, that was my favourite.'

âYou read me that?'

âYes, thanks for noticing.'

âMaybe. A bit at school?'

âWell, you have now. Three books by Dickens. As if Dickens makes people wake up from
comas better than someone else. What's wrong with Stephen Kingâis he no good for
comas?'

âWhy? Because Melinda. We had to stick to the schedule. Very big on schedules, that
wife of yours.'

âYou don't even know the half,' she says, as though you left her alone with Melinda
for seven months while you were on holiday.

When you have time alone with the doctor, you ask him about the problem you're having
relating to your family.

âIs he having communication problems?' the doctor says.

He never speaks directly to you. For some reason he addresses every sentence as if
to a nurse or assistant, even though there's no one else in the room. Apparently
this is okay with your family because he's the expert, and experts are necessarily
eccentric.

âBut physically, with the rehab? No more pain? Not so tired?'

âNo, it's all okay. Just the sadness.'

âSad is okay. Confused, not so bad. We can get him something for that.'

âHe's all right with being sad,' the doctor says, and writes something down on your
chart.

âWhat I'm confused about is the dream. When I wasn't here, I was there. In the dream.'

âWhat did he dream, then?'

âIt went for months. I dreamt a whole different lifeâwoke up, went to bed. Every
detail.'

âHe dreamt a life? Who was he in this life?'

âNot so fantastic.' The doctor writes another thing down.

âNo, but I didn't know any of the people who are in my actual life. I was the same
me, but I had a whole different existence, different memories, and I had this great
energy, a purpose. I was with working with a friend on a very important project.
My friend, Francis Crick.'

âYes. You know about him?'

The doctor writes one more thing on your chart and then leaves.

Francis Crick's home was a mansion. At least, it was compared to your house, and
each day for seven months you woke in his guestroom on the second floor. It was the
darkest room you'd ever slept in, with thick maroon curtains that blocked the morning
light so you wouldn't wake until Francis knocked at your door. Most days he'd be
up at dawn, despite his age.

âAre you awake, my friend? I have something important to discuss with you.'

At the time none of this seemed weird. There was such a sense of urgency about the
work. You'd head down in your robe and join Francis by the pool. Your morning juice
was served in a big round glass with a tiny paper umbrella and a slice of pineapple.

âWhatever happened to your face?' he said one morning. âYou seem to have slept in
a hammock.'

âJust creases, from my pillow.'

âI dreamt I was a jockey,' you said. âTiny, four feet tall. My horse was called Cricket.
She was fast, but blind. I ran her everywhere, shouting directionsâ“Left! Right!
Jump!”'

âWonderful! That's me. I'm your blind horse, aren't I?' Francis liked to lean in
close and put his hand on your shoulder.

âI'm pretty sure it's the other way around.'

âI see what you're saying.'

With Francis you could sit in silence for an hour or more, just watching the water
in the swimming pool and the way it reflected rainbows or lapped against the steps.

âAh, my friend,' he would sometimes say, dipping back into his thoughts.

At night you'd stay up late, typing Francis's notes and yours and trying to tie all
of it up, his genius and your dedication to his genius, into a coherent productâan
explanation for human consciousness. Francis would sleep curled on the great leather
sofa behind you. Now and again he'd stir and make a long sigh as he
drifted off once
more. You'd look over and smile at the vulnerability of his crumpled shirt and feet
in socks, the glint of lamplight on his eyebrows, the twitching of his mouthâin unison
with his mind, most likely. His brilliant mind that never rested.

Of course, you knew it couldn't last.

You don't feel ready to go home, but the doctor insists it's for the best.

âHe is making feeble excuses for his fear,' the doctor counsels. âThe world is best
met head on and with a can-do attitude, so please, go home and enjoy your family.
The man who is happiest in a coma is a selfish one.'