Read Andy and Don: The Making of a Friendship and a Classic American TV Show Online

Andy and Don: The Making of a Friendship and a Classic American TV Show 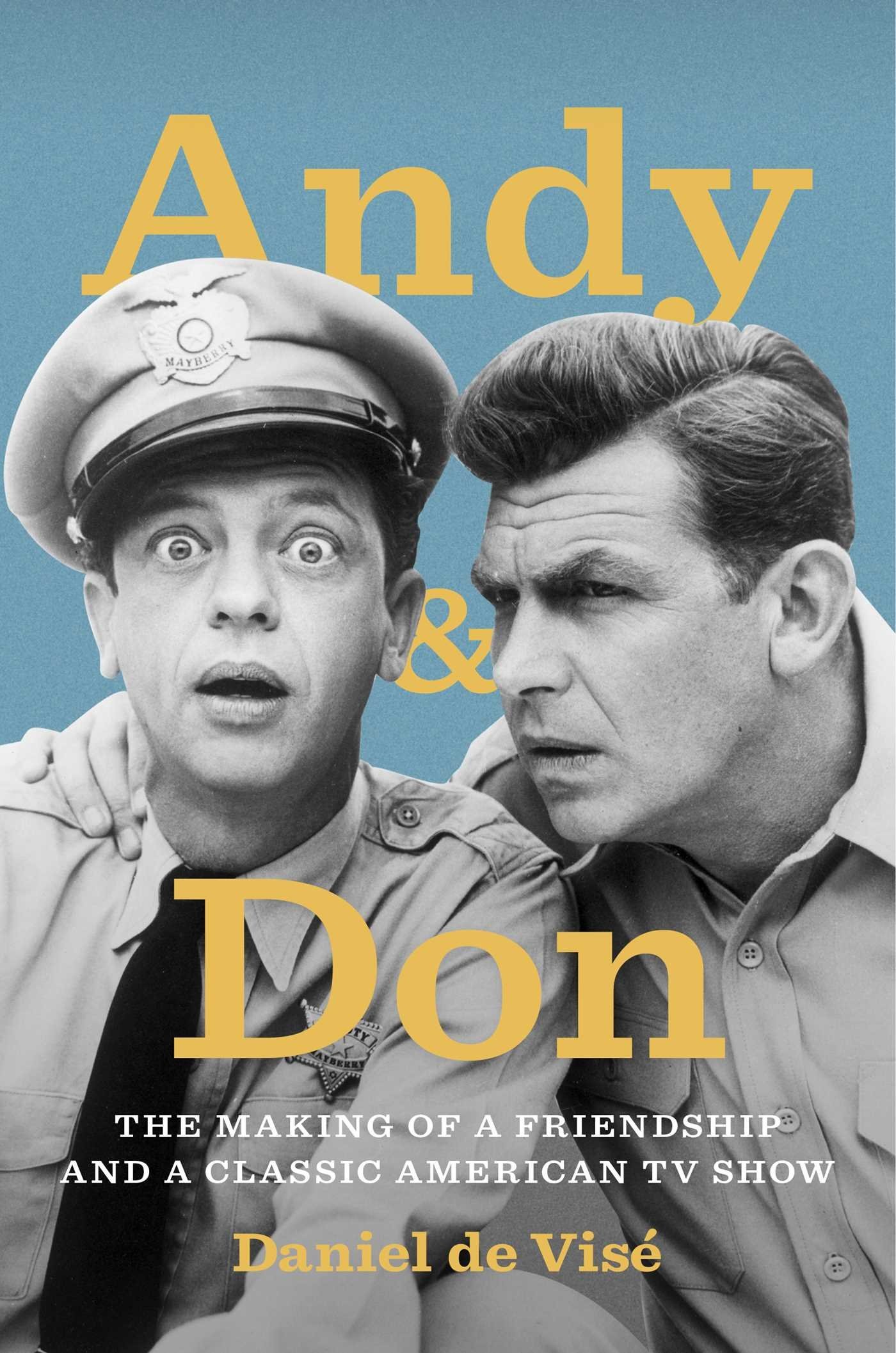 Do not quote for publication until verified with the finished book.
This advance, uncorrected reader's proof is the property of Simon
& Schuster. It is being made available for promotional purposes and
review by the recipient and may not be used for any other purpose or
transferred to any third party. Simon & Schuster reserves the right to
terminate availability of the proof at any time. Any duplication, sale or
distribution to the public is a violation of the law. This file will no longer
be accessible upon publication of this book. 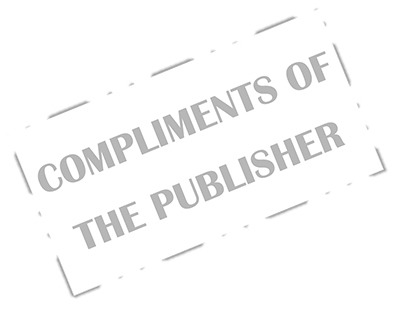 Andy Griffith and Don Knotts met on Broadway in the 1950s. When Andy went to Hollywood to film a TV pilot about a small-town sheriff, Don called to ask if Andy's sheriff could use a deputy. The comedic synergy between Sheriff Andy Taylor and Deputy Barney Fife elevated
The Andy Griffith Show
from a folksy sitcom to a timeless study of human friendship, as potent off the screen as on. Andy and Donâfellow Southerners born into poverty and raised among ne'er-do-wells, bullies, and drunksâcaptured the hearts of Americans across the country as they rocked lazily on the front porch, meditating about the simple pleasure of a bottle of pop. Although Andy and Don ended their Mayberry partnership in 1965, they remained best friends for the next four decades, with Andy visiting Don at his deathbed.

Written by Don Knotts's brother-in-law and featuring extensive unpublished interviews with those closest to both men, Andy and Don is the definitive work on the legacy of
The Andy Griffith Show
and two of America's most enduring stars.

Daniel de VisÃ© is an author and journalist who has worked at
The Washington Post
,
The Miami Herald
, and three other newspapers in a twenty-five-year career. His first book, a memoir of amnesia,
I Forgot to Remember
(with Su Meck), was published in 2014.

Nonmerch9781501120695. Uncorrected Proof. Not for Sale. Please do not quote for publication without checking the finished book. Further information available on copyright page.

The Andy Griffith Show
is one of the great television classics. And viewers are still finding their way back to Mayberryâthrough syndication. In the fifty years since the show debuted, it has never been off the air.

In Andy and Don, Daniel de VisÃ© gives us an exciting new perspective on the show and on an iconic comedy duo. More than just playing at being a sheriff and his trusted deputy, Andy Griffith and Don Knotts had a real-life friendship that spanned their lifetimes. This book captures the talent of these menâand the magic between them.

So settle back with a bottle of pop and enjoy a privileged account of a Hollywood friendship just as humorous and entertaining, if not quite as serene, as the classic show which made it famous.

I Forgot to Remember 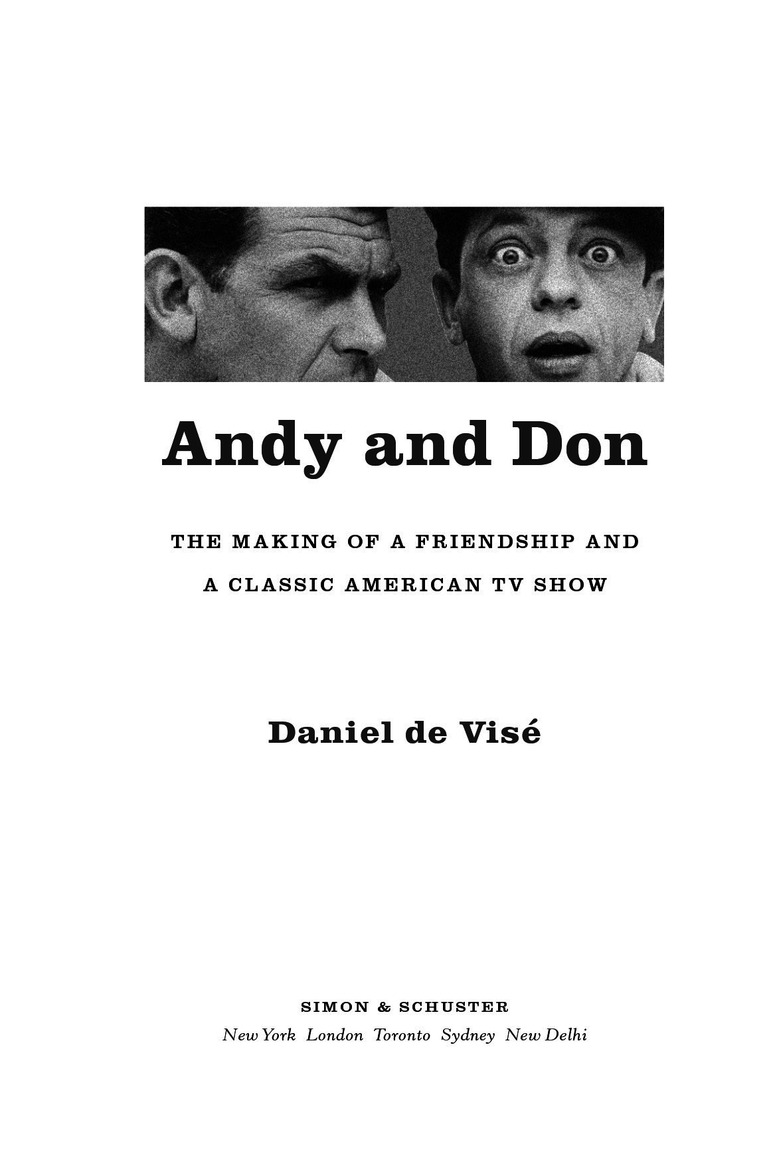 All rights reserved, including the right to reproduce this book or
portions thereof in any form whatsoever. For information address
Simon & Schuster Subsidiary Rights Department, 1230 Avenue of
the Americas, New York, NY 10020.

To Sophie, Madeleine and Donovan.

A
NDY
T
AYLOR
and Barney Fife could make the world stand still. Stretching out on the front porch of Andy's Mayberry home, Andy and Barney would reel off hypnotic meditations on the mundanities of life. Their conversations defied the frenetic pulse of their medium, network television. For millions of viewers,
The Andy Griffith Show
was a sanctuary in a nervous world, with two friends at its center, reclining on a porch.

“Ya know what I think I'm gonna do?”
Barney tells Andy in one moment of Mayberry Zen, as Andy strums a guitar. “I'm gonna go home, have me a little nap, then go over to Thelma Lou's and watch a little TV.” Several seconds pass in silence. “Yeah, I believe that's what I'll do: go home, have a nap, head over to Thelma Lou's for TV.” More silence. “Yep, that's the plan: ride home, a little napÂ .Â .Â .”

The Andy Griffith Show
endures like no other artifact of television's golden era. In the fifty-five years since its October 1960 debut,
Andy Griffith
has never left the air. At the dawn of 2015,
Griffith
episodes air several times a day, watched by a fan club with more than one thousand chapters and celebrated in an annual festival that draws thirty thousand fans to a real-life Mayberry. To fully appreciate this program's staying power, even by comparison to other television classics, try to find a
Honeymooners
convention.

The
Griffith Show
tapped the talents of its era's finest television producers, writers, and directorsâalong with an unparalleled ensemble of actors, a cast that included not only Don and Andy but also future Hollywood powerbroker Ron Howard and the multitalented Jim Nabors. But the program's undeniable quality does not fully explain its longevity.

There is something iconic, something quintessentially American, about
The Andy Griffith Show.
The program appeared at a moment of dramatic flux in American society. People were leaving farms for factories and towns for cities. The civil rights movement was waxing, and antiwar protests were coming. It was a time of assassinations, electrified music, and slackening standards on sex and drugs. Yet, the
Griffith Show
refused to embrace those changes, or even to acknowledge them. Instead, the program trained its gaze backward, revisiting and reviving the rural Americana of the 1930s, the time of Andy's childhood in North Carolina, and Don's in West Virginia. The
Griffith Show
helped viewers recall a simpler time, helped them reconnect with their own past, at a moment when Americans desperately needed the reminder. As Technicolor chaos swirled around them, millions of viewers embraced the black-and-white tranquility of the
Griffith Show
and held on tight.

The
Griffith Show
would showcase television's most tender friendship: “Ange,” affable sheriff of the rural hamlet called Mayberry, and “Barn,” his jumpy deputy. Andy was a gentle parody of a country lawman, fighting crime in a town that had none, protecting a citizenry that was palpably safe. Barney was a parody of Andy, bug-eyed, childlike, and diminutive. Andy protected Barney from the outside world, holding its bitter realities at bay, just as he protected Mayberry itself, its denizens and its homespun traditions.

Sheriff Taylor's fatherly bond with Deputy Fife emanated from real life; it was the foundation of their friendship. Their personalities meshed. Andy was dominant; Don was submissive. Andy was big and loud, ribald and wild, quite the opposite of the sage sheriff. Don was gaunt and quiet, restrained and reserved, a sharp contrast to the manic deputy. They shared a past. Both had known stark poverty: Andy's first bed was a bureau drawer, Don's a cot in the kitchen. They grew up on the same diet of radioâJack Benny, Edgar Bergen,
The Lone Ranger
âand amid cinema's golden age. Both men embraced entertainment as an identity as they approached manhood. Both rode their talents as far as their local arts scene would take them. Both men came to New York and bombed, retreated to the South, then returned to take Manhattan by sheer force of talent and will.

Above all, Andy and Don shared a transcendent sense of whimsy, a particular way of looking at the world. The same Southern peccadilloes cracked them up: old men ruminating for hours about buying a bottle of pop. Daddy asking the tailor to throw in an extra pair of socks with that new suit. An uncle slapping a “five spot” into your palm with great fanfare. Old ladies fussing about the pickle contest at the county fair. Dressing up to dine at the
Eye-talian
restaurant with the fancy checkered tablecloths.

Like any friendship worthy of study, theirs was complicated. Andy sacrificed his own comedic talent to play Don's straight man. This selfless act would reap enormous profits for Andy as half owner of the
Griffith Show
. Don, by contrast, left
Griffith
after five years with far less money in his pocket and little financial stake in its future.

Both men recognized the strength of their pairing. Neither would reach the same comedic heights alone. Yet, Andy refused Don's offer of partnership beyond the
Griffith Show
. Andy wanted to stand on his own feet. Years later, when Andy finally found success again with the courtroom drama
Matlock
and his ego recovered, he finally, magnanimously, offered a part to Don, who was himself struggling for work, and the partnership was briefly rekindled.

Neither man's story can be told alone. Andy was a master entertainer and an occasionally brilliant dramatic actor. Don was a comedic great, his oeuvre a sort of missing link between the celebrated eras of Jerry Lewis and Woody Allen. Yet, like all the best comedy teams, Andy and Don were better together than apart. Their best work invokes Abbott and Costello, Laurel and Hardy. Every time they sat down to write, the results were timeless.