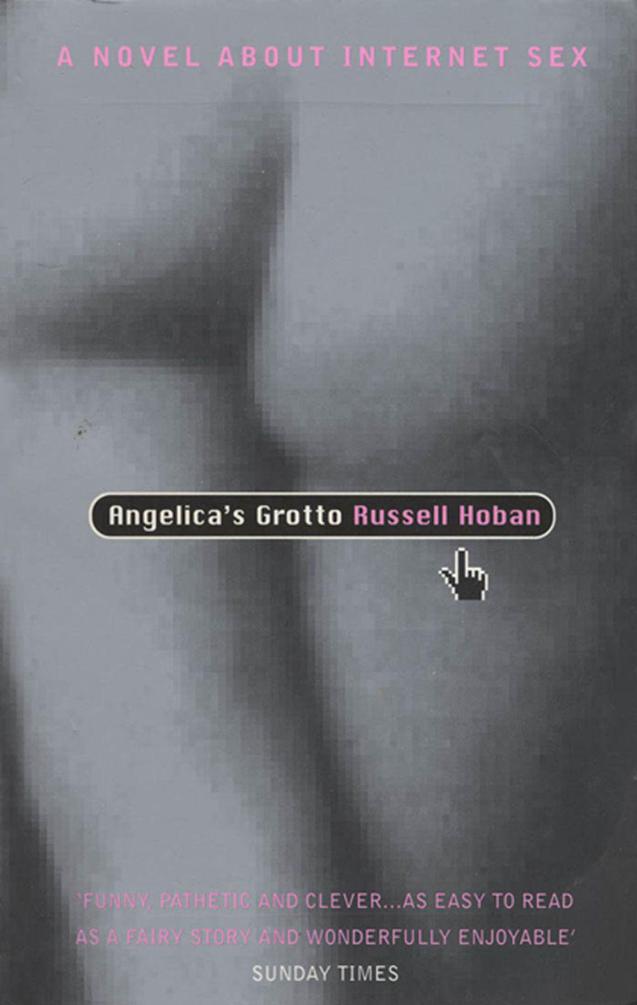 To the memory of Leon Garfield

‘Black is the most essential of all colours. Above all, if I
may say so, it draws its excitement and vitality from deep
and secret sources of health …’

‘The wolf can hide in a dream. In the dream it will be
a bird, or a woman you want to couple with. But when
you do, the wolf will come out of the dream and open
your throat.’

3 The Meissen Girl, The Paxos Stone

6 A Person, Another Person, A Tree

7 Fingers And Fins And Wings

39 By The Swells, By The Stars

‘What happened to your nose?’ said Dr Mzumi in his beautiful lilting English. He was handsome, he was fit. His mountain bike leant against the wall behind him and above it were his framed certificates and degrees. On the other walls were photographs of Kenya and a red, black, and yellow
kikoi.
‘You look as if you’ve been in a fight.’

‘Oxbridge wogs,’ said Harold Klein. ‘Oh shit.’ He fanned the air in an effort to make the words go away. ‘Terribly sorry, Dr Mzumi. That’s not me, really – words come out of my mouth and I don’t know what they’re going to be until I hear them.’

Dr Mzumi tilted his head to one side. ‘If it isn’t you, who is it?’

‘What I mean is, I’m the one who said it but it’s not the sort of thing I’d ever say. Or think. I’m not that kind of person.’

‘Of course not. Was it something like this that got your nose … what, broken?’

‘Yes. Two ribs as well.’ Klein was a small man of seventy-two with a small beard, no moustache. He was not fit, not handsome. ‘I was on my way to the shops when I saw this big guy coming towards me, total stranger. Union
Jack tattoo on his right arm and a dragon with a banner that said MOTHER on his left. H-A-T-E on the knuckles of his right hand and the same on the left.’ Klein touched his nose carefully.

‘What happened then?’ said Dr Mzumi.

‘I heard myself say, “Ugly lout.” He stopped and said, “You what?” and smashed my nose. H-A-T-E. I broke the ribs when I hit the pavement. Spent most of the day in Casualty at Chelsea & Westminster. I must learn to fall better.’

‘Better if you can learn to avoid falling. This inability to know what you’re going to say – when did it begin?’

‘Three weeks ago after I read this piece in
The Times.’
He gave the doctor a cutting headed ‘Listening to the censor inside our heads’ by Anjana Ahuja. Dr Mzumi read:

Imagine arriving at a party and spying an attractive guest across the room. As you snake towards him or her, your brain is rapidly calculating how to make an introduction. In the space of a few steps, a voice inside your head will have dismissed most chat-up lines as too bold, too ghastly or too clichéd. As a result, the phrase that eventually falls from your lips is likely to be a crafted piece of wordsmanship – concise, sophisticated and socially appropriate for a first meeting.

The writer went on to describe ‘the cognitive skill that allows us to “talk” to ourselves’ and a projected three-year study of the phenomenon.

‘As I was reading it I began to get a leaden feeling down my left arm and an ache at the back of my throat. Next there came some really heavy angina. I’d had a
myocardial infarction back in 1977 and this felt the same so I dialled 999.

‘In the ambulance the paramedics gave me oxygen and did a one-lead ECG and we were chatting so I didn’t notice anything until I was in Casualty again on a trolley and a nurse with a really wonderful rear view walked past. I said to myself, “If the Good Lord made anything better he kept it to hisself.” That’s a quote from
A Walk on the Wild Side,
Nelson Algren. Have you read it?’

‘Anyhow, when I said it I thought I was talking to myself but I heard myself speaking out loud. The nurse turned and shook her head and said, “Never say die, eh luv?” I said, “Jesus, let’s pull ourself together,” and I said that out loud too. That’s how it’s been ever since, and it’s such an embarrassment! Once I’ve started talking I can follow what I’m saying and I can say appropriate things. But I never know what my first words will be so I never know when I’ll come out with something that’ll get me into trouble.’

‘You could be a regular visitor to Casualty if this keeps up,’ said Dr Mzumi.

‘That’s why I’m here. Can you send me to someone who can help me get my inner voice back?’

‘I’ll arrange for you to see Professor Slope.’

‘Psychiatrist. He’s Consultant at the George III Mental Health Centre and he’s very likely come up against this sort of thing before. I see in your notes that it
was
a myocardial infarction. How’re you …’

At that moment Klein had in his mind the image of an hourglass with all the sand in the bottom. ‘It doesn’t get turned over,’ he whispered into his hand. ‘It’s a one-way trip.’

‘Feeling now?’ Dr Mzumi had said. He noted the hand over the mouth. ‘Are you all right?’

‘I was thinking of your heart.’

‘No problems at the moment. Evidently it wasn’t all that serious. They upped my Adizem and perindopril dosage and lowered the Imdur.’

‘Not too bad. I only had to stop and take glyceryl trinitrate once on the way here.’

‘The claudication’s not as bad as it was. I think what I’m getting in the drug trial is bezafibrate and not a placebo.’

Dr Mzumi turned to his computer, updated Klein’s prescription, printed it out, signed it, and gave it to him. ‘When’s your next appointment at the Cardiology Clinic?’

‘When was your last angiogram?’

Dr Mzumi made a note in Klein’s folder. ‘When you see Dr Singh he might want you to have another one. And I’ll get a letter off to Professor Slope today.’ He shook Klein’s hand. ‘Mind how you go.’

Klein was looking at Dr Mzumi’s bicycle. ‘I had to give up cycling last year,’ he said.

‘Because of the vertigo?’

‘Yes. Broke two ribs on the other side.’

Dr Mzumi made another note in Klein’s folder. ‘A CT brain scan and a carotid angiogram might be a good idea. They’ll send you an appointment.’

‘Thank you. One day you’ll be old and pissing in two streams too. Sorry. Bye-bye.’

Klein went to the 14 bus stop in the Fulham Road. Although he’d walked from his house to the surgery by way of Eelbrook Common, Novello Street, Munster Road and Mimosa he didn’t feel like going back that way. Novello Street always seemed unlucky to him; the terrace of little houses looked at him in a way he didn’t like.

Klein’s relationship with the 14 bus was a complex one: the old doubledecker Routemasters often kept him waiting for much too long and he could never be sure of their moods: sometimes, small and inconsequential in the distance, they suddenly loomed large and implacable like a Last Judgement; at other times they were quite docile. Their redness of course was variable, on some days sweet to the eye and on others threatening. Today the bus arrived reasonably quickly and seemed tame enough; the people who had clustered at the stop without queuing pushed ahead of Klein but he found a seat next to a very large man full of elbows and rode to Fulham Broadway with one buttock seated and the other tense.

From there he walked to his house that looked across Eelbrook Common towards the District Line. The Underground was Klein’s favourite means of transport; in the end-of-September dusk the trains were poignant as they rumbled westward to Wimbledon, eastward to Tower Hill, Barking, Upminster.
Look at our golden windows,
they said.
Ride with us; we are the safe haven between the troubles at either end.

The George III Mental Health Centre was a squarish brick building in World’s End. Automatic doors opened when they saw Klein coming. ‘I don’t like to be taken for granted,’ he said, but went in.

The waiting room had five chairs, two small round tables, six magazines, and a receptionist behind glass who was busy on the telephone but indicated by gestures that Klein should take a seat. All of the magazines had beautiful half-naked women on their covers and their titles were
GUILT, SHAME, DREAD, HORROR, DESPAIR,
and
SUICIDE FOR SINGLES.
‘Don’t try it on with me,’ said Klein, and looked away. When he looked back the magazines were
DIY WORLD, CAR BOOT JOURNAL, GAY CUISINE, SWINGING SENILES, BIPOLAR GARDENING,
and
THE PRACTICAL DEPRESSIVE.
‘Still not quite right,’ he said, and didn’t look again.

A pear-shaped deflated-looking man tending towards the lachrymose slumped into the room and sat down heavily.

‘I hope you’re not going to start a conversation,’ Klein whispered into his hand.

‘Why are you so withdrawn?’ said Pear-Shape.

‘Strangers always start conversations with me when I don’t feel like talking.’

‘My name is Arbuth,’ said Pear-Shape.

‘Arbuthnot is what it used to be. I had it changed by deed-poll. Nothing helps. What’s yours?’

‘Nothing means much these days. When you changed your name you should have covered your tracks and changed it to Cholmondely or Featherstonhaugh.’

‘Oh yes, it’s all right for some.’ Arbuth sniffed and pretended to read
THE PRACTICAL DEPRESSIVE
as Professor Slope appeared and said, ‘Mr Klein?’

‘How do you do,’ said Professor Slope.

‘Badly, thank you.’ They shook hands, during which Slope seemed to be looking over Klein’s shoulder.

‘My office is just down the corridor,’ he said, and led the way. In the office he motioned Klein to a chair and sat down behind his desk. Slope was sixtyish, had a neat little beard, rimless spectacles, French cuffs. Before him on the desk was Klein’s file. On the wall to his left was an Escher print,
Three Worlds,
with a carp lurking dimly in a leaf-strewn pond in which black and leafless trees were reflected. The other walls were bare.

‘Escher in a psychiatrist’s office is like a Pirelli calendar in a garage.’

Remote Control by Andy McNab
Objects of Desire by Roberta Latow
Mother’s Only Child by Bennett, Anne
The Devil's Lover: The Wish by Dahlia Lu
The Devil’s Share by Wallace Stroby
The Oracle's Message by Alex Archer
Crush Control by Jennifer Jabaley
Between the Devlin and the Deep Blue Seas by Robert G. Barrett
The Billionaire’s Christmas Vows: A Jet City Billionaire Christmas Romance by Gina Robinson
Sleeping Beauty by Judith Michael