Read Angels of the Knights Online

Angels of the Knights 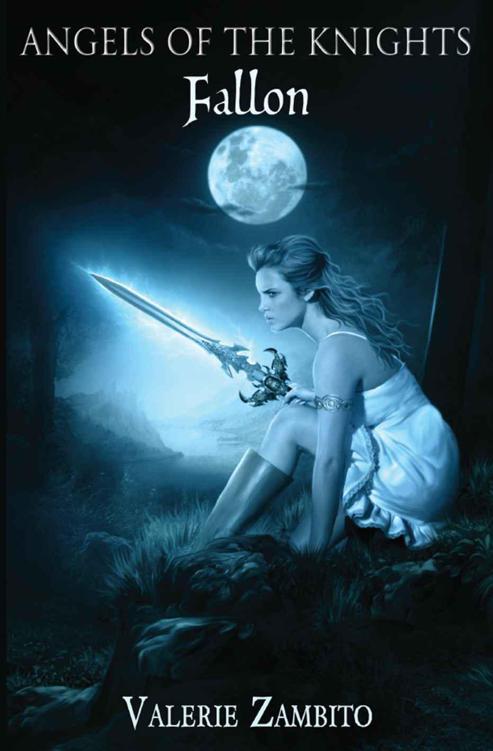 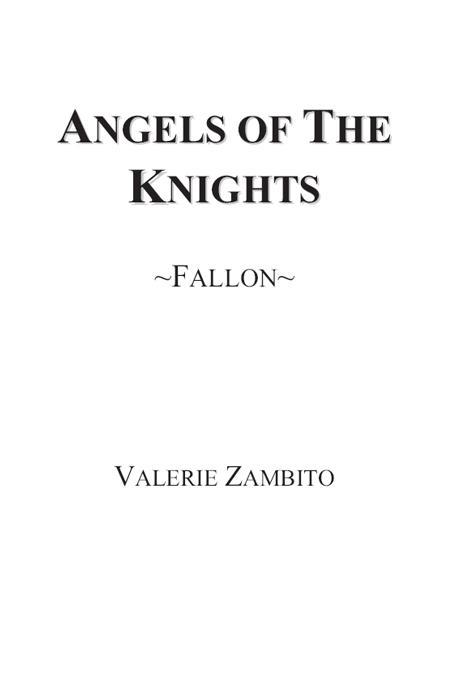 7 An Encounter with Evil

8 Caught in the Act

“Who is she?” the doctor asked as he ran alongside the gurney.

“Dead. Along with a younger brother. She is the sole survivor.”

My parents are dead? Gregory is dead?

The doctor snorted. “Not a survivor yet, nurse. Going in to scrub. Meet you inside.”

Wait. Yes. Two men wearing masks entered our home. They surprised us as we were watching television, but I can’t remember anything else after that.

The gurney pushed through two swinging doors with a loud bang, and Fallon had to squint in the glare of bright overhead lights. An operating room, she realized.

People in masks shouted frantic orders, and she could feel their rushed movement around the room. Despite the harsh light above her, darkness at the edges of her vision slowly crept forward. Her body felt heavy, and it was difficult to move.

Hands reached out and roughly yanked at the sheet beneath her, lifting her onto a cold, metal table. Surprisingly, she did not feel any pain, just an unfamiliar heaviness in her chest that made her feel like she was sinking into quicksand.

“We’re losing her! Where is the doctor?”

Are they talking about me? Why can’t I remember everything that happened?

“Tell him to hurry!”

The quicksand continued to pull at her greedily with insistent, hungry fingers, and the bright white lights of the operating room began to dim further. What little energy she had left slowly leeched away from her body.

Unable to see in the sudden blackness, Fallon started to panic. Gingerly lifting her head, she noticed a tiny pinpoint of light wink into existence above her. Not the artificial light of the operating room, but different. Pure. Radiant.

There was something mystical and benevolent about that light, and Fallon felt compelled to move toward it.

“I’m here!” the doctor yelled. “Did you use the paddles?”

The light beckoned to Fallon, and she smiled as her body lifted off the operating table. There was joy in that light, and she was anxious to see where it would lead. She willingly left the worry, and the heaviness, and the screaming attendants behind and glided toward the light.

A small yelp of surprise tore from her throat when she started to move faster through the inky blackness as if being pulled by a magnetic force. The air sliced over her body as she picked up speed but for reasons she could not explain, she did not feel afraid. Glancing to the left and right, she noticed she was in a tunnel of some sort and not alone. Several people floated alongside her, and their faces showed a variety of emotion. Some looked frightened, others peaceful, and a few shouted out with laughter as if they were on a high-speed rollercoaster ride. Most, like her, were simply curious.

As she drew closer to the white light, it dissolved into individual beacons of illumination and finally into white-robed figures, all waiting at the end of the black tunnel.

One waved her way. “Fallon Angell! Over here! Fallon! Come this way!”

Hesitantly, she glided out of the tunnel into white nothingness. People milled all around and white robed guides called out other names enthusiastically.

Fallon went to the man who called to her. With light hair and a slightly lined face, he appeared to be middle aged. He greeted her with a beaming smile.

“Hello, Fallon. My name is Josiah and I am an Aegian. I will be your guide to Emperica.”

“Yes, my dear, that is the proper name although most humans call it heaven. Some refer to it as the Pearly Gates. A few, the Golden Arches.” He paused and tilted his head. “No, no, that’s not it. Mortals of your day use that name for something else, don’t they?”

“McDonald’s? What is that?”

“It’s a fast food restaurant,” she admitted with embarrassment.

“A fast, what?” Before she could answer, he shrugged and waved a hand in the air. “Nevertheless. The name is in fact Emperica.”

“My parents and brother?”

“Oh, they came through already and are off with their guides. You may run into them again at some point, but right now, I must get you to the gates. Hurry, now, there are a lot of people coming in, and we have been instructed to keep the flow moving.” He glided away from her, but stopped when he realized she was not following.

“Is something wrong, Fallon?”

“I…this is a lot to take in. I mean, I really can’t believe I’m actually dead. I want to see my family and make sure they are all right.”

Josiah gave her a sympathetic smile. “I am sorry, Fallon, please forgive me. Your family is fine. All will be made clear once you arrive in Emperica. I promise.”

Feeling like she had no other choice, she nodded.

Josiah led the way to several more tunnels, but instead of black, these were a dazzling glowing white. With a kind smile, he reached back for her hand and as soon as she took it, her feet left the ground and they floated together through the entrance of one of the tunnels.

“We only have a few moments, but I will explain a few things to you in the time that we do have. In case you have not figured it out yet, you are an angel.”

She nodded again. “I sort of figured that, but did not want to assume.”

“Guardian angels?” She thought about all of the times she heard people talk about having a guardian angel looking over their shoulder. “Do these angels ever go back down to earth?”

Josiah nodded. “The guardians spend most of their time on earth, but do come back to Emperica to meet with the Elders from time to time. The Paties and the Aegians never leave Emperica, and the Knights, well, they are a different story altogether. They never leave the earth.” He shook his head. “Poor things. Their wings must be clipped because they cannot be in wraith form to kill the Kjin. Instead, they have to retain their human bodies and become earth angels.”

If possible, the light in the tunnel was getting brighter.

He pointed ahead. “Look, Fallon, we are almost there!”

Josiah smile turned into a grimace. “Pure evil. Before Mordeaux, or hell, was sealed centuries ago, demons were unleashed into the world and, to this day, they continue to walk the earth causing death and destruction. The Knights seek them out and destroy them.”

She had many more questions, but they were slowing.

“I tell you about the four different castes now because you will need to choose one very soon. Are you a guide, a guardian, a warrior or a worker bee, Fallon Angell?

You will have to decide.”

Their rapid ascent through the tunnel came to an abrupt end and Josiah helped her to step out.

The tears pooled in Fallon’s eyes as she gazed upon the enormous gilded gates of Emperica for the first time. It was more than the beauty of the structure that moved her—it was the depth of emotion that swelled inside. This was a place of unequivocal love and peace and tranquility. Josiah was right.

“I will leave you now, Fallon. The Paties are waiting on the other side.”

Impulsively, she reached out and hugged the Aegian. “Goodbye, Josiah.”

He smiled at her. “We will meet again, Fallon. I am sure of it.”

Josiah left her then, and Fallon stood among the other new angels as the hallowed gates to Emperica slowly began to open. A ray of light brighter than anything she could ever have imagined flowed through the widening gap, and Fallon lifted her face to allow the radiance to wash over her. She could have stood there forever bathing in that light, but as soon as the gates were fully open, an army of smiling angels walked out to greet them with open arms.

Dressed in a flowing gown of white and a pair of lovely wings fanned out behind her in glorious detail, one angel floated over to her. Fallon decided then that as long as she existed, she would never be as spectacular and elegant as the angel in front of her.

“Hello, Fallon. My name is Leah, and I am a Patie. I will take you through the process of your choice of caste.” She held out an arm and tiny tendrils of mist flowed through the air. “Follow me.”

In awe, Fallon drifted through the gates behind Leah.

“First, you will get your wings and then you must decide which caste you wish to join.” She turned her ethereal face to Fallon. “Have you decided yet?”

Fallon shook her head. “No…not yet. I am still trying to figure everything out.”

Leah gave her a comforting smile and her blue eyes twinkled. “I remember my first day. Goodness, it was almost one hundred years ago now, but if feels like yesterday.” She gestured for Fallon to follow. “Come now, it is not very far.”