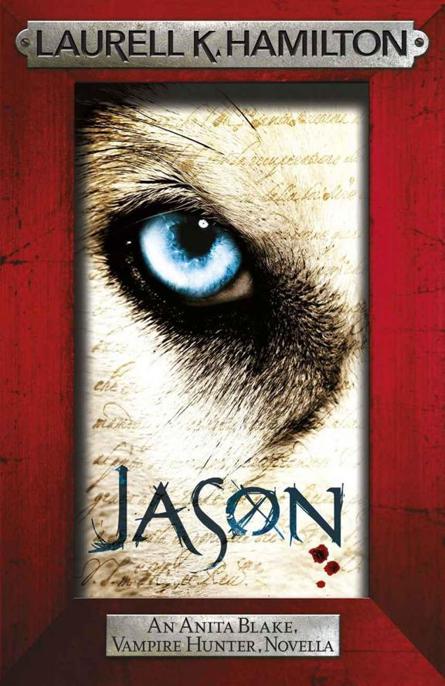 The right of Laurell K. Hamilton to be identified as the Author of the Work has been asserted by her in accordance with the Copyright, Designs and Patents Act 1988.

First published in the United States of America in 2014
by the Penguin Random House Company
A Jove Book / published by arrangement with the author
Jove Books are published by The Berkley Publishing Group
JOVE® is a registered trademark of Penguin Group (USA) LLC.

Laurell K. Hamilton is the bestselling author of the acclaimed Anita Blake, Vampire Hunter, Novels. She lives near St Louis with her husband, her daughter, two dogs and an ever-fluctuating number of fish. She invites you to visit her website at
www.laurellkhamilton.org
.

‘What
The Da Vinci Code
did for the religious thriller, the Anita Blake series has done for the vampire novel’
USA Today

‘A hardcore guilty pleasure’
The Times

‘I was enthralled by a departure from the usual type of vampire tale . . .’ Andre Norton

‘A real rush . . . a heady mix of romance and horror’ Jayne Ann Krentz

Enjoying pain with your pleasure is something you either get, or you don’t. And if you don’t then no amount of talking is going to convince you it makes sense.

My name is Anita Blake, I’m an Animator, a Vampire Executioner and U.S. Marshal for the Regional Preternatural Investigation Team. And I have a complicated domestic life.

Jason Schuyler is one my best friends and favourite werewolves. J.J. is his lady love, an old flame from childhood who dances at one of the top ballet companies in New York. She’s accomplished, beautiful, and she’s crazy about him too. Neither of them wants to be monogamous, so what could go wrong?

J.J. is enthusiastically bisexual; she plans to keep sleeping with women, because Jason can’t meet her desire for a female lover, but she can’t meet Jason’s need for rough sex and bondage with another woman because she doesn’t understand how rough he needs his sex to be, so Jason asks me to help him explain. With some encouragement from a few other lovers in my life I reluctantly agree, and J.J. makes plans to fly into town for an experience that none of us will ever forget.

Jason
also includes an excerpt from the next Anita Blake novel,
Dead Ice
.

CIRCUS OF THE DAMNED

To my husband, Jon,
because in some ways everything is for him.
To Genevieve and her Spike,
figuring it out as we go.

We must be willing to get rid of the life we’ve planned, so as to have the life that is waiting for us. The old skin has to be shed before the new one can come.

J
ASON
S
CHUYLER
,
ONE
of my best friends and favorite werewolves, stood in the morning sunlight of the kitchen. His yellow hair gleamed in the light, so that his boyishly handsome face was haloed with sunshine, but as I looked into the pure, soft blue of his eyes I knew that devil’s horns were more his style than halos, and pure was only a way to describe his eyes, not him. He’d been a precocious teenager and his day job was still assistant manager and exotic dancer at Guilty Pleasures. The body that showed around his tank top and jogging shorts proved that he stayed in shape for his job, but none of that was what made halos seem wrong for him. He had a streak of mischief in him so strong that he couldn’t quite resist pushing . . . everything. If the situation was tense he had to resist not making a wisecrack at the wrong moment; since I had the same urge, it was one of our bonding moments. He and I both tended to poke the proverbial badger with a stick until it rushed out of the hole and tried to eat us. We’d both learned over the years to curb this urge, and were much happier for controlling that part of us, but Jason still had that edge of deviltry to the smile on his face, and the shine in those spring-sky eyes.

I pushed my own thick black curls away from my face; they fell right back against my cheek, but sometimes it’s the effort that counts. I sat at the kitchen table in my long silk robe, sipping coffee and watching that smile on his face. Either he was enjoying the hell out of getting us all out of bed at this outrageously early hour, or he was hiding behind the smile. Most of us have our blank face, a version of the cop face, and Jason hid behind a grin usually, but since he also spent a lot of time actually smiling, laughing, or grinning, it was great camouflage for whatever else he was thinking.

I tucked my robe a little closer across my chest, not because Jason hadn’t seen me nude in the past, but because he’d asked for a conversation as his friend, not a friends-with-benefits booty call, so flashing breasts seemed inappropriate. It was tricky sleeping with someone who was actually your friend but never quite your boyfriend, a thin line to walk between true friendship and
hey, baby
.

“We all work nights, Jason; what was so important that you got us up this early?”

His grin widened, and he stepped forward enough that I could see his straight blond hair without the sunshine special effects. He’d cut his hair again, almost businessman short. He was one of the few men I knew who really did look better in shorter hair; it seemed to open up his face and make you see that he was handsome in his own right, when he wasn’t clowning around or being irritating, though honestly that last part had almost gone away. I’d met Jason when he was nineteen; now at twenty-five he had grown up. I was only five or six years older than he was—depending on the time of year, our birthdays made us seem to gain or lose a year on each other. At twenty-five and thirty it wasn’t a big age difference; at nineteen and twenty-five it had seemed like more.

“Let’s wait for everyone else,” he said, and sipped his own coffee. He didn’t really drink a lot of coffee; he sipped at it, and would eventually put it down about half drunk and cold. Since we ground our own beans and used a French press to make the coffee, it was a waste of good, hot caffeine.

I huddled around my third cup of it, determined to make up for Jason’s lack of enthusiasm.

Envy walked into the kitchen. She was five-eleven, so she towered over Jason and me. I was five-three and he was five-four. She’d combed her thick, almost shoulder-length blond hair, but hadn’t bothered with makeup any more than I had. The strong cheekbones of her face seemed unfinished without the makeup, so that you got a glimpse of what she might have looked like at fifteen instead of the very grown-up early twenty-something. She’d thrown an oversized man’s T-shirt over her, and on me it would have hung to midthigh, or even my knees; on her it barely covered her ass, so that she was all long golden legs as she padded barefoot into the room.

She was everything I’d wanted to be when I was a little girl: tall, blond, and Nordic-looking like my father and stepmother, and stepsister, and half brother, and . . . But I’d made peace with my mother’s Mexican heritage that had given me black curls and dark brown eyes, and could even acknowledge that my skin was paler than Envy’s and she tanned better than I did, which just seemed wrong. She blinked pale blue tiger eyes into the sunlight as if she were startled. None of us were morning people. The tiger eyes were literal; she was part of the golden tiger clan, which was one of the few inherited types of lycanthropy, and one of the ways they proved their pure bloodlines was that they were born with permanent tiger eyes in their human faces. Most of the other wereanimals I’d seen with animal eyes in human form had them because they’d spent too much time in their beast form. You could get stuck, and usually the eyes were the first thing to stick.

The Future King: Logres by Mackworth-Praed, M. L.
Along Came a Spider by Tom Olbert
Say Uncle by Steele, C.M.
Gabriel's Angel by Nora Roberts
Thank You for All Things by Sandra Kring
Stallion: A Bad Boy Sports Romance by Autumn Avery
Kiss Me Book 1 by Chloe Parks
Water Witch by Amelia Bishop
Barker 05 - Black Hand by Thomas, Will
Love Jones For Him by Loveless, Mia