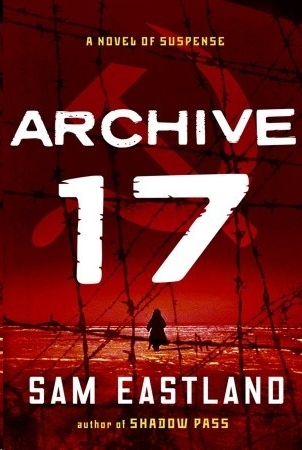 Archive 17
is a work of fiction. Names, characters, places, and incidents either are the product of the author’s imagination or are used fictitiously. Any resemblance to actual persons, living or dead, events, or locales is entirely coincidental.

B
ANTAM
B
OOKS
and the rooster colophon are registered trademarks of Random House, Inc.

Originally published in paperback in the United Kingdom as
Siberian Red
by Faber and Faber Limited, London.

What Really Happened in Siberia 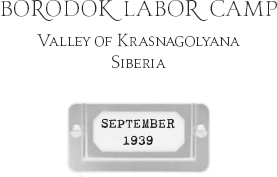 In a cave, deep underground, lit by the greasy flame of a kerosene lamp, the man knelt in a puddle, his empty hands held out as if to catch drops of water which fell through the cracks in the ceiling. He was badly wounded, with deep cuts across his chest and arms. The homemade knife with which he had attempted to defend himself lay out of reach behind him. Head bowed, he stared with a look of confusion at his own reflection in the puddle, like a man who no longer recognized himself
.

Before him stretched the shadow of the killer who had brought him to this place. “I came here to offer you a reason to go on living,” the killer said, “and this is how you repay me?”

With fumbling, blood-smeared fingers, the man undid the button on his shirt pocket. He pulled out a crumpled photograph of a group of soldiers on horseback, dense forest in the background. The men leaned forward in their saddles, grinning at the camera. “They are my reason for living.”

“And now they will be your reason for dying.” Slowly, the way people sometimes move in dreams, the killer stepped behind the man. With movements almost gentle, he grasped the man by his short and filthy hair, pulling his head back so that the tendons stood out in his neck. Then he drew a knife from the folds of his clothing, cut the man’s throat, and held him like a lover while his heart bled dry
.

In the adjoining room, Stalin’s secretary sprang to his feet. Poskrebyshev was a short, round-faced man, bald except for a fringe of gray which arced around the back of his head and resembled the wreath of a Roman emperor. Like his master, he wore trousers tucked into black calfskin boots and a plain mandarin-collared tunic in precisely the same shade of brownish green as the rotten apples that two neighborhood bullies, Ermakov and Schwartz, used to hurl at him from their hiding places along the young Poskrebyshev’s route to school.

Since the war had broken out, one month before, there had been many such outbursts from the man Poskrebyshev referred to as Vozhd. The Boss.

On September 1, 1939, as part of a secret agreement between Germany and Russia, buried in a peace treaty signed between the two countries and known as the Molotov-Ribbentrop Pact, Germany had invaded Poland.

Justification for the invasion had been provided by a staged attack on a German customshouse called Hochlinde and on the Gleiwitz radio substation. Thirteen inmates from Oranienburg Concentration Camp, believing that they had been chosen to take part in a propaganda film designed to improve relations between the Germans and the Poles, were trucked towards Hochlinde under cover of darkness. All were dressed in Polish army uniforms. The inmates had been convinced that they were to enact a meeting between German and Polish troops, somewhere in the forest on the border between the two countries.

The plot of the film would be simple. At first both sides, each
mistrustful of the other, would draw their weapons. For an agonizing moment, it would seem as if a gunfight might actually break out. But then the men would recognize their common ground as human beings. The guns would be lowered. Cigarettes would be exchanged. The two patrols would part company and melt back into the forest. Upon completion of the film, the inmates had been promised, they would be sent home as free men.

As they neared Hochlinde, the trucks pulled over and the prisoners shared rations with a squad of SS guards accompanying them. Each prisoner was also given what he was told would be a tetanus shot, as a matter of standard procedure. The syringes were not filled with tetanus vaccine, however. Instead, the men were injected with prussic acid. Within minutes, all of them were dead.

Afterwards, the bodies were loaded back onto the trucks and the convoy continued to the vicinity of Hochlinde, where the corpses were dumped in the woods and shot with German weapons. The bodies would later be exhibited as proof that Polish soldiers had launched an attack on German soil.

Meanwhile, at the Gleiwitz radio station, an officer of the SS named Naujocks, with the help of a Polish-speaking German, interrupted regular radio transmission to announce that Gleiwitz was under attack by Polish troops.

Within hours, German planes were bombing Warsaw. On the following day, German panzers rolled across the Polish border.

Two weeks later, in accordance with the secret clauses of the Molotov-Ribbentrop Pact, the Russian army began its own invasion from the east.

Even though the obliteration of Polish forces had been virtually guaranteed from the beginning, the slightest setback—a temporary withdrawal, a mistimed attack, supplies sent to the wrong location—sent Stalin into a rage.

And that rage fell first upon Poskrebyshev.

“Where is he?” Stalin’s muffled voice boomed from behind the closed doors of his study. “Poskrebyshev!”

“Mother of God,” muttered Poskrebyshev, the sweat already beading on his forehead. “What have I done now?”

The truth was, Poskrebyshev knew exactly what he had done. He had been dreading this moment for a long time, and now, it seemed, his crimes had finally caught up with him.

Upon being made Stalin’s personal secretary, the highest appointment a man like Poskrebyshev could ever hope to hold, the first thing he had done was to forge documents of transfer for Comrades Schwartz and Ermakov, the two bullies on whom he had sworn to take vengeance one day. Stamped with a rubber facsimile of Stalin’s signature, the documents ordered the immediate dispatch of these two men, one an electrician and the other a roof tiler, from their hometown in a cozy suburb of Moscow to the port of Archangel, high in the Soviet arctic. There, construction had begun to transform the frozen wasteland around the port into a modern military base for Soviet navy personnel and their families. The construction was expected to take many years. In the meantime, conditions for the workers on this project would be primitive in the extreme.

Why such documents would have emerged from the office of Stalin himself was a question nobody would ever dare to ask. This was the perfect symmetry of Poskrebyshev’s revenge, executed more than thirty years after the events which had set it in motion.

In the weeks and months that followed the transfer of Ermakov and Schwartz to the arctic, Poskrebyshev would often stop in at the Kremlin’s meteorological office and inquire about weather in Archangel. Thirty below. Forty below. Even fifty below, on occasion. The worse the conditions, the more convinced Poskrebyshev became that there was indeed justice in the world for people like himself, a thing which had seemed impossible back in those days when the rotten
apples, pulpy and reeking of vinegar, had splattered against him by the dozen.

At first his scheme had seemed foolproof, but as time went by, Poskrebyshev came to realize that there was no such thing. He resigned himself to the fact that, sooner or later, he would be found out.

The double doors flew open and Stalin burst into the outer office.

In this waking nightmare, it seemed to Poskrebyshev as if Stalin, dressed in his brownish-green tunic, had transformed into one of those apples so expertly thrown by Comrades Schwartz and Ermakov.

“Where is he?” screamed Stalin, as he stomped up to Poskrebyshev. “Where is that blackhearted troll?”

“I am here, Comrade Stalin,” replied Poskrebyshev, his eyes bulging with fear.

“I am here, Comrade Stalin!” shouted Poskrebyshev, his voice raised to a bellow of blind obedience.

“Have you completely lost your mind?” demanded Stalin, resting his knuckles on Poskrebyshev’s desk and leaning forward until their faces were only a handsbreadth apart. “I am looking for Pekkala!”

“You have found him,” said a voice.

Poskrebyshev turned. He saw a man standing in the doorway to the outer office. Neither he nor Stalin had heard him enter the room.

Pekkala was tall and broad-shouldered, with a straight nose and strong white teeth. Streaks of premature gray ran through his short dark hair. His eyes were marked by a strange silvery quality, which people noticed only when he was looking directly at them. He wore a knee-length coat made of black wool, with a mandarin collar and concealed buttons which fastened on the left side of his chest. His ankle-high boots, also black, were double-soled and polished.
He stood with his hands tucked behind his back, the shape of a revolver in a shoulder holster just visible beneath the heavy cloth of his coat.

Stalin’s anger dissipated as abruptly as it had appeared. Now a smile crept over his face, narrowing his eyes. “Pekkala!” he said, growling out the name. “I have a job for you.”