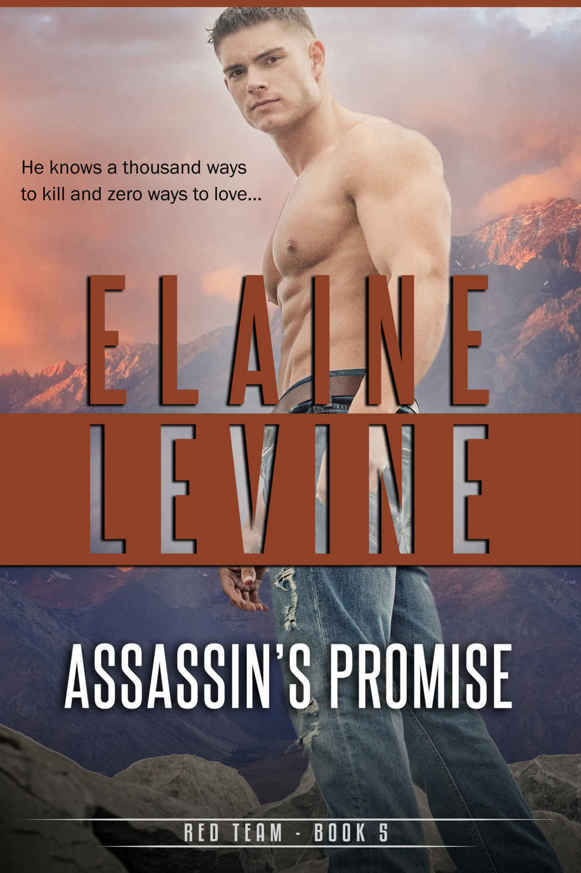 Reminder - The Story So Far

A
Red Team Novel
by

© 2015 by Elaine Levine. All rights reserved

Traumatized by her unusual childhood, sociologist Dr. Remington Chase, has made a career out of her lifelong obsession with American cults. Her research often results in pushback from the groups she studies, but not like what’s happening now, with the White Kingdom Brotherhood biker gang shadowing her every move.

Is it luck or something far more sinister when a consultant from the Department of Homeland Security makes a surprise visit to her university office, seeking her help in finding a teenager lost inside the group she’s studying?

Covert operative Greer Dawson has one objective: find the girl who tried to kill his team leader. He promised to protect her, but he didn’t, and now his failure haunts him. He’ll fight for the answers he and his team need...and risk losing his heart to a woman with secrets as dark as his own.

A Note from the Author:

When we last visited the Red Team…

And now, we continue with Assassin’s Promise…

Greer lay on his bed, naked and sweating, sucking air like a marathon runner.
Can dead eyes still see?

He shot a look around his room, making sure the ghouls had only been in his dream.

He ripped the twisted sheet away from his legs and walked over to the window. Dawn was still an hour away, but already the sky was a pale lavender. He slid the large glass panel open. Cold air seeped inside, spilling over the windowsill and down the wall to wrap around his feet and ankles like the icy fingers of dead hands.

He pressed his face against the screen and breathed the crisp alpine air through the musty screen mesh. He hated ghosts. They were the rodents of the supernatural world. All they did was mess stuff up. Like his head.

And whose eyes had he seen in his dream, anyway? He’d memorized the faces of everyone whose lives he’d ended in case they showed up later in unwanted ways. All of them had been men; the eyes he saw in his nightmare were female. Who was she? Someone he already knew or someone he’d yet to meet?

He straightened, withdrawing from the questions he couldn’t answer. Centering himself, he closed his eyes and calmed his racing heart with slow, deep breaths. He could feel his energy pulling back inside of him, closer and closer to his inner core, until nothing was left of him in the outside world. He was invisible, one with the atmosphere, inseparable from his surroundings.

Numb to his body and his life.

He let himself exist in that empty zone for a few more minutes, then shut the window and headed to the bathroom for a shower. Hot water pelted his back from a half-dozen showerheads. He bent his head, letting it spill off the sides of his face as he shed all thought. Or tried to.

The nightmare was beginning to fade, but it left behind the black residue of his panic. This wasn’t the only go-round with that dream. He couldn’t remember the first time he’d seen the woman. Weeks. Months. Who knew?

Breakfast was almost over before he made it down to the dining room. His stomach was still twisted from his dream. He didn’t eat, just filled a coffee mug so no one would pester him with questions.

He wasn’t the only one who was self-absorbed; Max and Hope followed him into the room. They looked tired and happy. Replete. Max nodded at him as he held Hope’s hand and led her over to the buffet table.

“We’re meeting downstairs in fifteen,” Kit announced to the few who were still at the table.

Blade grinned at Eden—now his wife. It was the first day back at work after their big wedding celebration over the weekend. He had no difficulty imagining how Blade wanted to spend those minutes.

Greer took his coffee and walked out the patio door. The joy-joy of the couples echoed uncomfortably inside him. He sipped the black brew and looked across the wide, double-tiered lawn behind the house. The tent, carpets, and furniture from Blade’s wedding were gone, but flattened areas on the grass showed where they’d been.

Owen stepped outside and paused long enough to take a read on him. The nightmare had left Greer in a strange pall with sluggish reflexes; he was slow to shutter himself from the boss’s penetrating gaze, an invasion that ended only when Greer stopped focusing on himself and zeroed in on Owen—an energy maneuver that, in his early days on the Red Team, always netted him a hundred on-the-spot push-ups. It did its job. Owen pulled away. When he moved down the patio into the den, Greer followed him, leaving his mug on one of the patio tables.

Man by man—and Selena—the team presented themselves downstairs in the bunker’s meeting room. Owen, as usual, leaned against the back wall.

“First things first,” Kit opened. “We got the report back on Lion’s DNA. His sample had no hits. So it looks as if King isn’t in the system.”

“Or,” Greer said, “Lion’s father had himself, and his relatives, erased. I would have done that, if I were playing the game he is.”

Kit nodded, then looked over the table to Owen. “Interestingly, your friend, the rogue Red Teamer, Wendell Jacobs, was also no longer in CODIS.”

Owen didn’t seem surprised. “He’s on the lam, and he’s covering his trail.”

Owen didn’t blink or shift his position against the wall. “While he’s capable of being King, I don’t think he is. We’re getting closer to whoever is King, though. I can feel it.”

“Maybe Lion was lied to,” Max said. “Maybe King is his father in a figurative sense, the way a cult leader is called ‘Father.’”

Kit nodded. “Which leads us to the Friendship Community. Greer, get over there and scope them out. They’re involved in this—we need to know how.”

“Lion said the community sometimes leaves food and supplies for the watchers,” Max said. “He talked of Armageddon, too. Those weirdos are in this up to their necks.”

“There’s a professor at the University of Wyoming who’s been studying cults,” Greer said. “She’s researching the Friendship Community. I’ll go talk to her.”

Kit nodded. “Good. What have you discovered so far about them?”

Greer put up some pictures on one of the big smart screens at the side of the room, images of the community he’d harvested from the internet along with a topographical map of their compound. “They’ve existed where they are for close to one hundred eighty years. They owned over ten thousand acres at one time, but sold half of it off to the federal government in the 1960s when the Department of Defense wanted to build the missile silo complex that the White Kingdom Brotherhood now owns. Most of their land is in a fertile valley protected by the Medicine Bow Mountains.

“When the world began to modernize early last century, they were remote enough that they slipped behind. Rather than catching up, they’ve stayed true to their nineteenth century roots, eschewing everything from electricity to modern medicine. They’re a closed group. They have no currency system and only raise enough funds to cover their property tax bill each year. As a Christian pacifist society, they claim a religious exemption from military service.

“They don’t own mechanized vehicles. They make an annual trek down to Cheyenne during Frontier Days to sell their wares to raise tax money and to acquire the small number of goods they can’t directly produce. They aren’t polygamists. They govern themselves via a secular council structure. And according to the censuses, their population has been slowly increasing since the 1970s, with the largest increase appearing at the last census.”

“Lion said the community nearly died out middle of the last century, but if their population has been increasing since, they may be getting an infusion of new adherents from somewhere,” Max said. “He said there are multiple prides. Maybe there are multiple Friendship Communities.”

“Look into that, Max. Maybe they’re co-located with other WKB camps. Greer, let us know what you find after you talk to the professor.”

Dr. Remington Chase, assistant professor of sociology at the University of Wyoming, was lost in thought as she approached the department’s side entrance. Took her a long minute—too long—to become aware of police cars parked in a no-parking zone in front of the building…and a couple dozen people standing around the greenspace in small clusters, talking in hushed tones.

She realized they were all staring at her now, with worried eyes. Her stomach clenched as a powerful wave of fear hit her. Had there been a shooting on campus? Her grip tightened on the stack of books and documents she held to her chest, as if a few reams of paper could stop a bullet.

There were only two cop cars. Surely there’d be more if there’d been a shooting? She looked at the people standing in groups. None were crying. Still, she had a bad feeling as she walked around to the front side of the building, toward the crowd, and saw what had them in knots.

Her knees went weak as she stared in horror at the message. The paint had dripped in blood-red tendrils, as if the brick wall had been sliced open and now bled.

Dr. Zimmers, her department chair, came over with the cops. “Do you know what this is about, Dr. Chase?”

She shook her head, pretending ignorance, but her pulse was drowning out sound in her ears.

She latched on to the middle-aged cop’s kind eyes and forced air into her lungs. The campus police were competent and non-reactionary, used to the antics of students. This was graffiti. Nothing more. It was paint, not blood. Just paint.

The Ice Soldier by Paul Watkins
My Swordhand Is Singing by Marcus Sedgwick
Cooking With Fernet Branca by James Hamilton-Paterson
Witch Bound (Twilight of the Gods) by Stone, Eleri
Roseflower Creek by Jackie Lee Miles
Bound To The Beast by Alexx Andria
The Red Hat Society's Acting Their Age by Regina Hale Sutherland
Friends With Benefits by Alaina Marks
The Doctor's Choice by J. D. Faver
Playing Dirty by Jamie Ann Denton