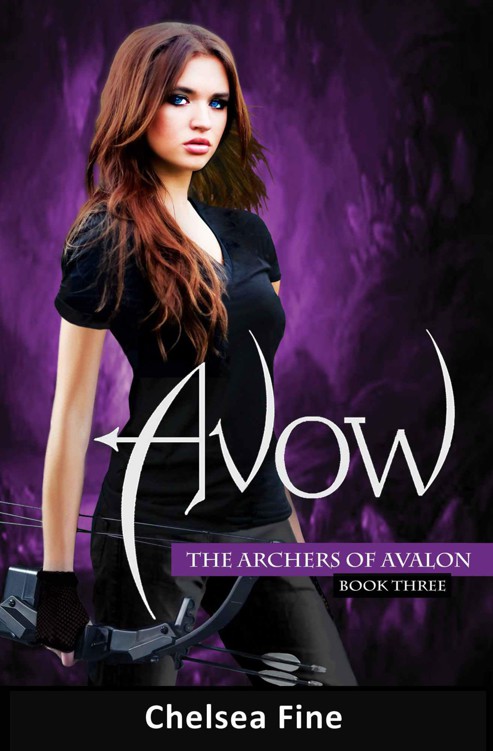 Copyright © 201
2
by Chelsea Fine. All rights reserved. No part of this publication may be reproduced, stored in a retrieval system or transmitted in any form or by any methods, photocopying, scanning, electronic or otherwise, except as permitted by notation in the volume or under Sections 107 or 108 of the 1976 United States Copyright Act, without the prior written permission of the author.

To my grandparents, Johnny and
Milly
. Your unconditional love and encouragement is the reason
.

Scarlet had her memories back, which meant two things.

She knew where the Fountain of Youth was
.

And she was mad at Tristan.

Still clutching a bloodstained knife in her hand, she marched through the graveyard and glanced over her shoulder at the green-eyed boy she’d loved for centuries. “By the way, you suck.”

She turned to face him. “I can’t believe you tried to kill yourself.”

“I was trying to keep you alive.”

“Agh. Spare me your sacrificial agenda.” Another memory hit her and her veins heated. “And you let me wander around with amnesia for two years?” He opened his mouth, but Scarlet cut him off. “And then you let me date Gabriel? What the
hell
, Tristan?”

A muscle flexed in his jaw. “First of all, I was supposed to die. So I didn’t think intervening in your love life was any of my business. Gabriel made you feel happy and safe and I wasn’t about to screw that up. And
second,” he raised his voice over her protests, “the reason I didn’t ‘meet’ you for two years was because I didn’t think I’d be able to follow through with killing myself if you and I were, you know…
pals
.” His eyes glinted in the moonlight.

Scowling, she said, “Well that was selfish of you.”

His voice rumbled in anger. “Did you have to die too?”

“But you did,” he said coldly.

They stared at each other for a moment. Because of her connection to him, Scarlet could feel the hurt and fear pulsing through his veins at the memory of her last life. But she could also feel the love heating his core as his eyes traced over her in the darkness. And it was the love—that undying fire that blazed in him and burned through her—that had her lost for words as she looked at him.

He was beautiful. Even standing in a graveyard, covered in dirt and blood, he was striking. His dark hair fell wild around his face and his green eyes shone in the moonlight.

A shiver of desire ran through him—or was it her?—and Scarlet clenched the knife in her hand so she wouldn't do something stupid. Like crush her mouth to his and claw at his clothes until there was nothing between them but heat and skin. But that would, of course, lead to death.

Everything always led to death.

Tristan shifted his weight as he scanned her face. “What happened in your last life, Scar? What are you hiding? And what did you mean when you said there were ‘dangerous things ahead of us’?”

Her chest tightened at his questions, none of which she knew how to answer, as millions of Avalon stars winked at them from above, reminding her of a time when she and Tristan spent their days in the trees and everything was fair; everything was simple.

Nothing was simple anymore.

Tristan tilted his head and repeated, “What are you hiding, Scar?”

She could feel his heartbeat echoing inside her soul, powerful and constant, as his emotions swam into her.

Could she tell him the truth about the fountain? The
whole
truth? The truth that would undo any hope they had of a happy ending?

She opened her mouth—

“Holy crap! Did you guys see that?” Nate jogged up to them with a knife in his hand, a grin on his face, and a trickle of blood running down his neck. “I totally kicked Ashman ass over there! I was all like
hi-yah
and
you wanna piece of me
? I was a super slayer! Buffy’s got nothing on me.”

Scarlet shut her mouth and shifted away from Tristan’s searching eyes as Nate continued.

“It was life and death out there, guys.
Life and death
. They just kept coming at me and I just kept putting them down.” Nate took a moment to catch his breath. “I mean, sure, I screamed like a girl a few times and accidently stabbed myself at the beginning, but still. I feel amazing! For the first time in five hundred years I feel
alive
.”

Nate touched his wound and drew back bloody fingers. “I’m
bleeding
. Ha! I have a battle wound. Oh, this is so awesome.” Tucking his knife into his waistband with a smile, he looked around. “Where’s everyone else?”

Scarlet’s stomach churned as reality whooshed in and slapped her in the face. The last few hours of the night played through her mind like a horror movie as she remembered all that had transpired and her heart began to race.

Scarlet summed up the evening’s events in one breath. “Raven is actually Clare—Heather’s boss at the coffee shop—not Laura. Laura was working for her, but Raven killed her and dumped her body in a grave—”

My guardian is dead.

There was a sudden hollowness inside Scarlet she wasn’t sure how to respond to. It wasn’t painful; not really. But it was tight and had her eyes stinging in the cold wind.

Laura was dead. What did that mean? Did it mean sadness? Loss? Did it mean anything at all? And why was her chest hurting so much?

Concerned green eyes roved over her features, making Scarlet feel safe enough to cry, which she refused to do.

She swallowed back the tightness and cleared her throat, focusing on the situation at hand. “Then Raven had an Ashman kick the crap out of me so she could kidnap Heather and hold her ransom for the map to the fountain. And
then
the life-force between Tristan and I shifted. So I can still feel his emotions, but he can’t feel mine anymore.”

If Tristan were still able to sense her, he’d know she was confused and scared and panicked about Heather. And the fountain. And the truth.

A sick feeling swirled inside her gut.

“And because the life-force shifted, Scarlet now has her memories back,” Tristan added, sliding his eyes to her.

Nate blinked. “
What
? I go slaying for ten minutes and I miss everything—wait.” His eyes shot to Scarlet and widened. “Does that mean you know where the fountain is?”

It was decision time.

No truth? The whole truth? A vague truth?

“Yes,” she said, going with vague. It was always safer to start vague. “But we need to rescue Heather before we do anything else.”

Her heart started to hammer at the thought of her happy friend being held hostage by a vengeful witch with a drug problem. So many things could go wrong.

So many things already had.

Nate nodded. “Did you see which direction Raven took her?”

Looking around the cemetery, Scarlet shook her head and let out a groan of frustration as guilt swamped her soul. “This is all my fault. I should have stayed by Heather’s side. I should have protected her.”

Tristan scanned the premises. His coat was sliced open in several places and dark splotches of blood slowly seeped through the shredded fabric of the black T-shirt he wore beneath.

His immortal body wasn’t healing like it should, which meant his wounds had been inflicted with Bluestone weapons.

“Dude.” Nate caught sight of Tristan’s injuries. “Are you okay?”

Tristan looked down at his stained clothes and shrugged as if the slashes in his skin were more of a nuisance than anything else. “I’m fine. The cuts are shallow. Where’s Gabriel?”

Scarlet furrowed her brow. “He came with me to the coffee shop, but he was gone when I came out. He wasn’t with you guys?”

They shook their heads and worry crept through Scarlet’s veins.

“I’m sure he’s around here somewhere.” Tristan looked calm as he glanced around, but Scarlet could feel concern coiling inside his chest. “Why don’t you two go look for him at The Millhouse and I’ll search the rest of the graveyard.”

And stay away from the fountain.

Okay, that last part might be difficult since Amnesia Scarlet spilled the beans about the freaking map, but whatever. She could still throw them off. She could lie. She’d been lying for years.

As Scarlet and Nate headed out of the cemetery, Tristan walked deeper into its shadowy depths. Distant music from the ongoing Avalon carnival drifted through the night air, making the wind sound eerily happy as it wrapped around headstones and swept through Scarlet’s hair.

Putting her knife away, she rubbed her head where it still throbbed from the blow Raven had dealt her with the business end of a crossbow.