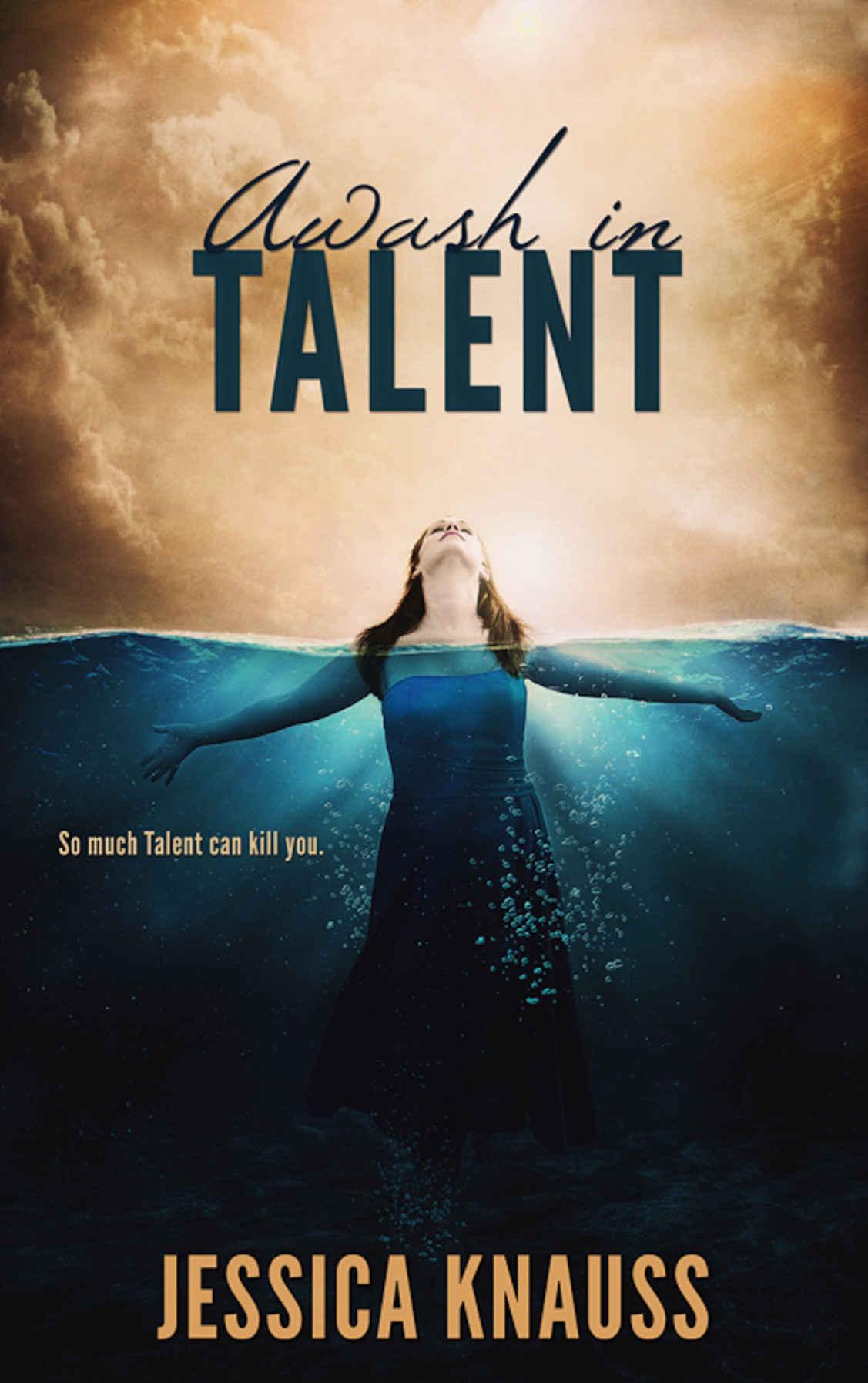 This is a work of fiction. Names, characters, organizations, places, events, and incidents are either products of the author’s imagination or are used fictitiously. Any resemblance to actual persons, living or dead, or actual events is purely coincidental.

I’m awash in your love and support.

Hope & Benevolent
Awash in Talent, Part I
I.

When my little sister staggered through that rough-hewn doorway, blood still dripping artistically from the slash across her belly button where they’d sewn her up, and declared that she no longer needed my attention, she finally started to seem interesting to me.

You said to write about Beth, but really the important thing is how I met Carlos. He’s the whole reason we were in that Ethiopian hospital that summer, anyway. But I would never have met Carlos if I’d stayed in California with my sister, so I guess I do have to start with her.

I was six when Beth was born, and I remember being distinctly piqued when I finally figured out that she wasn’t going to leave as quickly as she had come. The first time my parents wanted me to babysit, Mom said, “Emily, you’re capable and self-sufficient, but Beth is only six. As the big sister, you have an important responsibility to keep her safe.”

I nodded, not to indicate agreement, but to end the lecture. I waved to my parents as they drove away and promptly retreated to my room with a bag of popcorn and headphones to plug into the TV. When it was almost time for bed, I rubbed my eyes, pulled the headphones off, and went to wash the popcorn grease off my hands. I happened to notice my mother shooing a family of raccoons out the front door and my father with most of his torso inside the laundry chute, screaming instructions to someone.

My mother greeted me. “How did Beth end up in the laundry chute? How did those raccoons get in here? Emily!”

I didn’t dignify the shouting with a response. She ought to have known that such was my power to ignore Beth.

My mother helped my father shimmy back out of the chute, groaning, with Beth’s tiny hands clasped in his and a giant gash in the side of his shirt. He was bleeding a little: he had pressed against something sharp inside the chute. Beth, however, remained unscathed. If my desire for her not to exist had been a tiny bit weaker, I might have marveled at her complete lack of even the slightest bruise, not to mention that she had managed to entertain an entire family of raccoons in the house without damaging any of the furniture or the carpet.

To me, it was the same if she came out safely or ended up with several broken bones. I was fine before she got here and would have continued being fine if she had never been born. The neighborhood babysitters continued to make money off my parents for years.

At eight years old, Beth began showing signs of severe allergies. My parents had always made me take her to play with my friends or to the mall, and you can imagine my annoyance, but those allergies made taking her anywhere completely intolerable. Every step had to be planned out beforehand by my parents, because I didn’t have the attention span for the long list of things to avoid. I would look longingly at the mall kiosk for the DMV and Talent Registry, a fascinating study in contrast. Psychics, telekinetics, and pyrokinetics all had to register as the freaks they were, right alongside the happy fifteen-year-olds applying for driving permits. The thought of someone reading my mind gave me the willies every time. I mean, they kept the firestarters out of public places for the most part, but every once in a while I spotted psychics with their special glasses, trying to blend in with the regular people. Sometimes even the girl at the cosmetics counter was wearing those crazy eye-protector thingies, and it always made me shudder to think of all the psychics walking around with contact lenses.

On the other hand, I don’t know what Beth enjoyed about the mall. If I wanted to look in the jewelry store, she’d tell me the gold was making her sick to her stomach. There wasn’t a single restaurant in the whole mall that it didn’t give her hives just thinking about. And forget going-out-of-business bargains. One sniff of the dust made her cough and sneeze so much, people looked at us as if we had the plague. At both of us. I hated being implicated in her weakness.

Imagine my relief when my parents finally decided to create an antiseptic environment right there in the house, where she would have to stay while I went about my business.

One day, long after I’d effectively forgotten my sister’s existence, my mom was supervising while my dad resealed the heavy transparent plastic in the outer doorway of Beth’s room. They could never find an adhesive strong enough to withstand the weight of the plastic and the hermetic zipper entry, so they had to redo it every so often.

My sister was on her bed, listening to a pink plastic radio that my mother had sanitized inside its own plastic bubble before giving to her. She watched our parents rebuild her sanctuary with eyes that were only slightly deadened with the disaffection customary to going-on-thirteen-year-olds. I walked up to the plastic curtain, holding all five of my college acceptance letters.

My dad kept gluing, but his ears pricked up. My mother said, “I wasn’t aware you even applied to an East Coast school, Emily.”

“I did, to a couple.” The East Coast, obviously: as far away from Mom, Dad, and their constant preoccupation with Beth as physically possible. I had stacked the California pamphlets on my desk only to avoid questions.

“It sounds expensive,” my dad said, stepping off the ladder and stripping off his gloves.

“I got a scholarship,” I replied.

“But why can’t you just stay with in-state tuition?” my mother asked, shrinking in her corner of the hallway.

My heart went out to her. I was almost sorry I hadn’t let her in on the process. But no, she had been too preoccupied with washing Beth’s silverware with baking soda to notice my big decision-making saga. I held firm.

“Brown is the only university in the country with an Egyptology department.”

“Egyptology?” my parents both intoned.

The dirtiest, germiest, most contaminated subject I could imagine. Mummified bodies, dusty bandages, bones filled with age-old marrow, ancient embalming fluids, canopic jars teeming with the pulsing remains of internal organs. My mother changed my sister’s sheets every day, but these things hadn’t been washed for five thousand years.

Beth came to her inner plastic drape. Muffled through the layers, we heard, “That’s all the way in Rhode Island. That’s three time zones! I can’t even watch TV at the same time as you.”

At my bewildered look, my dad explained, “Beth turns her TV to whatever channel you have on out here. Didn’t you ever notice?”

I peered past the plastic panes separating us and glimpsed Beth’s hands at her cheeks in an exaggerated portrait of surprise.

“I won’t have time to watch TV, anyway,” I mentioned.

She shook her head, then retreated to her bed and clutched her stomach.

My parents took turns holding the video camera that sent a live feed of my high school graduation into Beth’s sanctuary. I refused to take the camera to Rhode Island. Video chat once a week, max.

When I got off the plane and stepped from the gangway into the airport, it was like all the commercial representations of freshness—sunshine, cool air, a crisp breeze. In reality, the air conditioning couldn’t keep up with the late summer humidity, but it seemed clean and sweet to me in my newfound freedom. I dragged my own bags to the taxi stand, and, though the driver understood me well enough, and I could make out that he said something about Brown University, his was my first up-close and personal encounter with an East Coast accent. It was all unintelligible local humor and chuckling until we took the exit for DownCity. Then, I realized I’d left the address of my dorm somewhere deep in one of the suitcases. I had no idea where I needed to get out. This was a little too much freedom. The driver scooted up the hill and what I now know to be Waterman Street. After a lot blubbering on my part, he took a sharp right on Ives to glide back down George.

How can I explain the culture shock, how different the whole place looked from anywhere I’d ever seen on the West Coast? The foreignness of the closely huddled buildings, with little regard for modern design or city planning, looked like the wide-open fields of Egyptian heaven to me.

“Is this the Brown campus?” I asked, with little hope of understanding the answer. I could tell we were about to head back down the hill, and then I saw it. “Stop,” I shouted. “I belong right here.”

He hit the brake in time to pull in behind some happy family’s SUV with its blinkers on. George Street was likely the closest they could get to the dorms beyond, and it was as far as I was going on wheels, too. I stepped out and waited for the driver to heft my bags onto the sidewalk, transfixed. Etched in giant capital letters on the imposing square side of the John Carter Brown Library, the motto “Speak to the past and it shall teach thee” let me know I’d made the right choice. I imagined the masses of bacteria-rich dust bunnies accumulating between ancient books and could hardly wait to dig in up to my elbows.

My roommate tolerated my refusal to ever clean anything in the dorm, and I made tons of friends by sifting people out in the dining hall, the Ratty. Allergic to shellfish? Good-bye! Peanut problem? Adiós! Pollen? Shoo! Dust? Off with you! I ended up with a group of the hardiest people ever to attend a university in the eastern time zone. If I let them talk all they wanted during meals, I found that they entertained themselves and shared their class notes.

Sinful Rapture (The Rapture Series) by Alexandra Ivy
Lydia's Hope by Marta Perry
No One Would Listen: A True Financial Thriller by Harry Markopolos
Never Cry Wolf by Farley Mowat
A Cup of Jo by Sandra Balzo
City of War by Neil Russell
The Fifth Assassin by Brad Meltzer
It Was Us by Cruise, Anna
Syn-En: Plague World: The Founders War Begins by Linda Andrews
Jasper Dash and the Flame-Pits of Delaware by M.T. Anderson