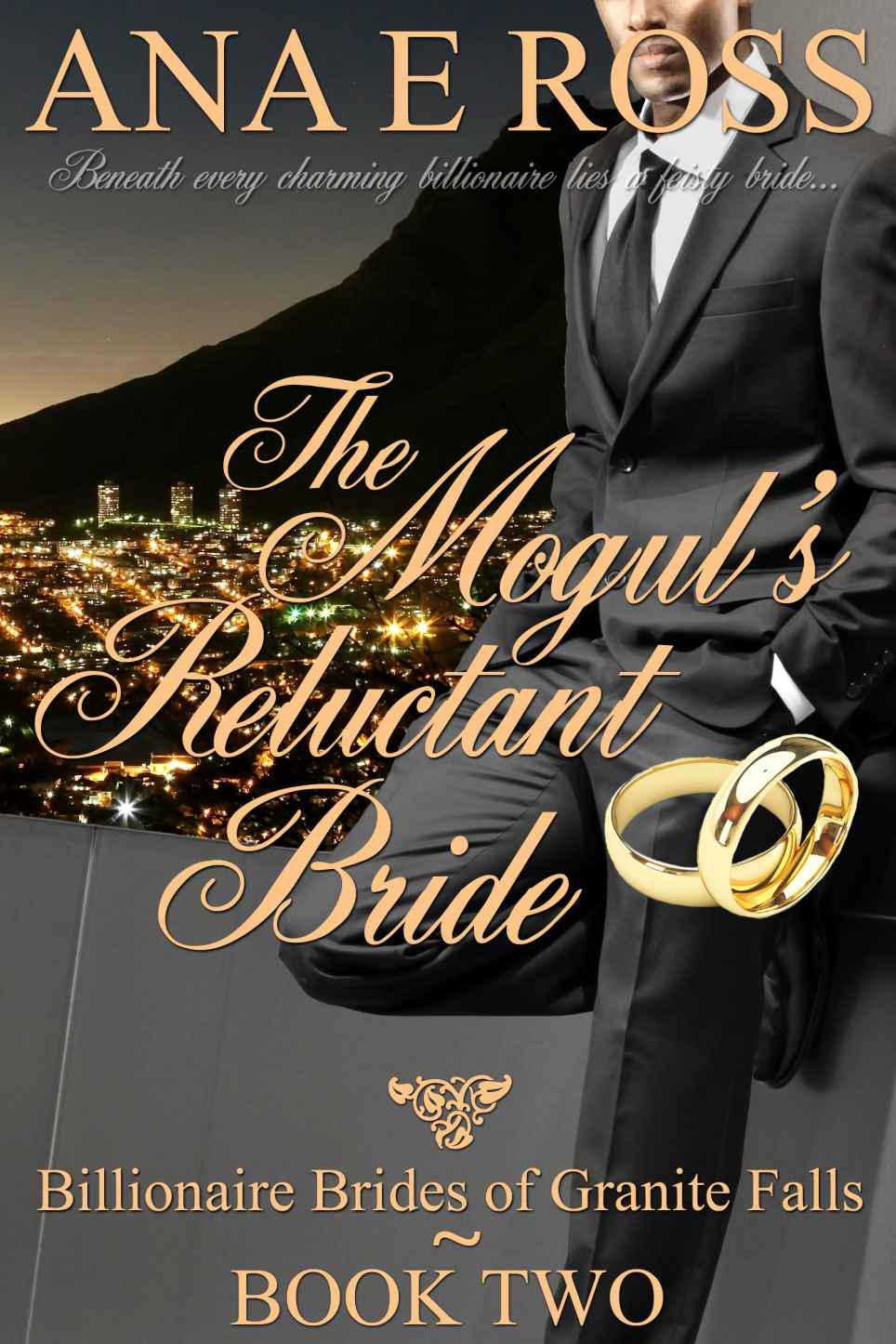 All rights reserved. Except for brief quotes used in reviews, no portion of this story may be used or reproduced in any form by any electronic, mechanical, or any other device now known or invented hereafter without the written permission of the author. These forms include, but are not limited to xerography, photocopying, scanning, recording, distributing via Internet means, informational storage or retrieval system.

This story is a work of fiction. All names, characters, places, and incidents are the products of the author’s imagination and are used fictitiously. Similarities to actual events, locales, business establishments, or persons living or dead, are purely coincidental.

I dedicate this book to my fabulous team of Beta Readers whose honest opinions, insights, and suggestions helped to craft this story. Kudos to:

Kaya cupped her little hands over her ears and hummed the tune to her favorite song, “You Are My Sunshine”.  But as hard as she tried to drown the noise, she could still hear her mother’s angry screams and her father’s booming voice coming from inside.

Finally, her father’s heavy footsteps thumped across the floor.  As he opened the door, she jumped up from the front step of the apartment where they’d made her sit while they yelled at each other.

He crouched down beside her.  “No, baby.  We’re not going to the zoo today.”

Tears filled her eyes and her lips trembled.  “But you promised.  You promised you’d take me to the zoo.  Please, Daddy.”  She placed her hands on his broad shoulders.

“Kay! Kay!  Get in here before I whip your behind.”

Kaya’s heart beat hard and fast inside her chest when her mother appeared at the door with a cigarette between her fingers.

Kaya balled her fists and glared at her mother.  “No!”  Her long braids slapped across her face as she shook her head in defiance.  “I won’t go inside.  I want to go with my daddy.”

“Get out of here!” her mother screamed at her father.  “Don’t talk to her.  Don’t you ever talk to her again or I’ll have your—”

“Daddy!”  Kaya screamed as he walked down the steps.

“You stay away from that man.”  Her mother grabbed her arm, hauled her inside, and kicked the door shut.  “He’s a no good—”

Nadine Brehna glared at her daughter then marched into the only bedroom in the apartment and slammed the door.

Kaya ran to the window in the living room and watched her father get into his car.  But instead of driving off, he just sat there.

It could have been seconds, minutes, hours—a five-year-old had no concept of time, only the reality of abuse and loneliness.

She jumped up with joy when he got out of the car and came back up the walkway.  She ran to the door, threw it open, and leaped into his arms.  “Oh, Daddy, we’re going to the zoo.” She didn’t really care if they went to the zoo, or the park, or if they only went for a walk around the block.  She needed so much to be with her daddy.

He was the only happiness she had.

He pried her arms from around his neck and pressed a cold metal object into her hand. “This is for you, Kaya.”  He set her on the step and knelt in front of her, his big white teeth sparkling in the morning sun.  “It belonged to your great-great-grandfather.”

A big lump settled in Kaya’s chest when she saw tears in her father’s eyes.  She’d never seen her daddy cry before.  “You can keep it, Daddy.  I don’t need it.”  She wiped at his tears with trembling fingers.

Her father held her hands and dropped wet kisses into her palms.  “Don’t you ever lose this locket, Kaya.  It contains a code to a box in a bank, but don’t go to the bank until you’re eighteen.”

He made her say the name and location of the bank several times until she remembered it.

“And don’t let your momma know you have this locket.  You hear me, baby girl?”

“Yes, Daddy.”  Kaya gazed at the object then slid it into the pocket of her shorts.

“Daddy has a fistful of love for you.  Always and forever,” he said with a tear-soaked smile, pressing his fist to his chest.  He pulled her close and hugged her tightly.

She wound her arms around his neck, his black beard grazing her soft cheeks, his spicy odor seeping under her tender skin.  She never wanted to let him go.

But he tore away, tears gushing down his dark cheeks.  “Goodbye, Kaya.  I love you, baby.  I’ll
always
love you, my little princess.”

“Daddy!”  Kaya called as he staggered down the walkway.  Somehow, in her five-year-old heart, she knew she would never see him again.  “Daddy, don’t leave me.  Please don’t leave me here.  Daddy!  Daddy—”

Her mother grabbed her by the arm.  Kaya fought her with every bit of strength in her lithe body.  But it was no use.  Through her tears, amidst her screams, she watched the taillights of her father’s car disappear around the corner.  When she collapsed on the step, too weak to fight anymore, her mother dragged her inside as if she were a rag doll.

Her skinny frame rocked from the force of the slap across her face, and a million bright stars shot across her vision, momentarily blinding her.

“You can think about how much you hate me while you’re in there.”  Nadine opened the closet door and threw her daughter atop a heap of smelly coats, old shoes, and dilapidated cardboard boxes filled with junk.  “You’re not coming out ’til you apologize for your sassy mouth.”

“Suits me fine.  You can stay in there for the rest of your miserable life, you ungrateful little brat.”  She slammed the door.

Kaya pulled the object her father had given her from her pocket, and closing her fingers around it, she stuffed her fist into her mouth as a fresh batch of tears rolled down her cheeks, stinging the tender spot where her mother had slapped her.

Kaya wept her little broken heart out, and when she had no more tears, when there was no energy left in her small body, she curled up in the musky darkness and went to sleep.

“There must be some mistake, Steven.”  Kaya Brehna’s hands tightened around the arm of the chair.

“I really wish there was, Kaya.”

“They— they left nothing?”

“Nothing,” the man behind the mahogany desk reiterated with a shake of his head.

Kaya pressed an unsteady hand to her chest.  Her heart raced with fear and her mind swam in a pool of confusion and uncertainty.  Even though she’d never had a close relationship with Lauren, when Steven had called with the news of her sister and brother-in-law’s deaths, and that they had named her guardian of their children, Kaya had dropped everything to be with her nephew and two nieces.

Up until a minute ago, she had every reason to believe that nine-year-old Jason, four-year-old Alyssa, and two-month-old Anastasia were financially secure.  She hadn’t met the children until yesterday, but the minute she saw them, Kaya knew she could never abandon them.  She was all set to put her life on hold to nurse them through this most grievous time of their lives, but how on earth could she do that after what the executor of Michael and Lauren’s will just told her?

Nothing made any sense
.

Forcing back the hysteria in her throat, Kaya struggled to her feet and braced her hands against the edge of the desk.  “Steven, I’ve worked in the homes of some of the wealthiest people in Florida.  I know money when I see it.  That three-story, eight-bedroom mansion my sister lived in is worth millions, yet, you’re telling me she died penniless?”

“I’m sorry to give you more bad news, Kaya, but, yes, those are the facts I’m afraid.”  His tone was apologetic as if he was the one who had caused her dilemma.

“Well, in light of that, Steven, I can’t stay in Granite Falls now.  I have no choice but to return to Palm Beach and take the children with me.”

Steven rose and strolled around the desk.  “I’m aware that you and your sister weren’t very close, Kaya, and that there are events about her life you may not be aware of.  But I was Michael and Lauren’s friend as well as their attorney, and if there’s one thing I do know, it’s that they would not want you to take their children to Florida.  Granite Falls is their home.”

“
Was
, Steven.
Was.
”  Kaya threw her hands up in frustration.  “Everything is changed now.  I was willing to settle down in Granite Falls, put my life on hold for a while until they got used to me as their caregiver, but that option is off the table.  My career in Palm Beach is the only fighting chance I have to provide a decent living for all of us.”

A Killing Frost by R. D. Wingfield
Dark and Bloody Ground by Darcy O'Brien
His Black Pearl by Jena Cryer
The Mommy Miracle by Lilian Darcy
Ignite (Explosive) by Teevan, Tessa
Voices of a Summer Day by Irwin Shaw
Fools Rush In (The Sam McCain Mysteries Book 7) by Gorman, Ed
Bedouin of the London Evening by Rosemary Tonks
Santorini Sunsets by Anita Hughes
Her Heart's Desire by Lisa Watson