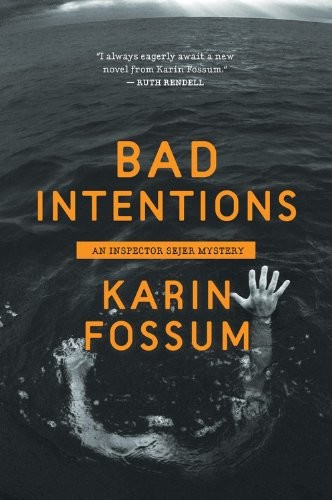 T
HE LAKE, WHICH WAS
commonly known as Dead Water, lay like a well between steep mountains, and anyone who tried to wade into it would sink up to their knees in its soft mud. On the shore, partially hidden by spruce trees, sat a small log cabin. Axel Frimann was looking out of the window. It was almost midnight on September 13 and the moon cast a pale blue light across the water. There was something magical about it all. At any moment, Axel imagined, a water sprite might rise from the depths. Just as the image came to him, he thought he saw a ripple in the water as though something was about to surface. But nothing happened and a smile, which no one noticed, crossed his face.

He turned to the other two and suggested that they should go rowing. "Have you seen the light," he said, "it's really cool."

Philip Reilly was reading. He tossed his long hair.

Jon Moreno was lost in the flames of the fireplace. The fire made him feel warm and dizzy. In his hand he held a blister pack of anti-anxiety pills and every four hours he pressed one through the foil and put it in his mouth.

Did he want to go out on the lake?

He looked at Axel and Reilly. There is something about their eyes, something evasive, he thought, but then again, I'm not quite myself, I'm ill, I'm taking medication, calm down, they're my friends, they just want what's best for me. But he did not want to go out on the lake, not in the middle of the night in the cold moonlight. He did not trust himself completely. In here by the fire he felt safe, in here between the timber walls, in the company of his friends, because they were his friends, weren't they? He tried to catch Reilly's eye, but Reilly had got up and was fumbling with something on a shelf.

"It's important that you get some exercise," Axel said. "Sitting still only makes your anxiety worse. You need to get your blood circulating, get it delivering oxygen to your cells. So come on."

Jon did not want to let them down. They were doing this for him, they wanted him to have some fun and he did not have much of that at the hospital. Only endless days where nothing ever happened, spent wandering up and down the corridors. They were smiling at him, encouraging him now, Axel with his dark eyes, Reilly with his gray ones. So he got up from the chair and put the blister pack in his pocket. He never went anywhere without it. He reached out for his cell phone which lay on the table, but changed his mind. His anxiety hummed through his body like an electric current. Somewhere a demon is flicking a switch, on and off, on and off, he thought, and I can't breathe.

Jon looked around for his jacket. He could not remember where he had put it, but Axel found it and brought it over. Reilly blew out the paraffin lamp and a sudden darkness descended upon
them. Jon knelt down to lace up his boots. A knot and a bow followed by another knot. Axel and Reilly waited.

"What about the fire?" Jon asked.

"Shouldn't we put the fireguard in front of it?"

He disappeared into the kitchen and they heard him scrabbling. Then he returned with the fireguard and placed it in front of the fire. The cast-iron fireguard was decorated with two wolves baring their teeth.

Jon looked at the wolves and at his two friends.

Reilly nodded. Jon stuck his hands in his pockets. Axel patted him on the shoulder. His hand was warm and comforting. Trust us, the hand said, we only want what's best for you, you're among friends.

It was Friday, September 13. They went out into the dark night and fetched the oars from the shed.

A narrow path led down to the shore of Dead Water.

T
HE BOAT LAY
bottom up among the reeds, green and swollen like a pea pod. Axel and Reilly took hold of it and turned it over. It was filthy and slimy on the inside and by the light of the moon they saw a reptile scurry over the side and disappear.

Jon stood with his hands in his jacket pockets. He stared at the boat with apprehension. He did not want to sit down on the dirty thwarts. Axel read his mind and wiped them with the sleeve of his jacket.

"Sit down at the stern," he ordered him.

Obediently Jon stepped into the boat. He looked down at the black water. Perhaps there was no bottom, only mud that went on forever. It might be good to let yourself sink, he thought, stop the fear flowing through your body for good. An explosion in his head, a burning sensation in his lungs and it would be all over. Axel and Reilly pushed off and the boat glided smoothly through
the reeds. Jon felt it rock from side to side. He sat very still on the thwart, a skinny lad with small hands. His gaze wandered across the landscape, the steep mountains which surrounded the lake. Axel and Reilly each took an oar, fumbling at first until they found their rhythm. The boat gained speed.

"Look at the light," Axel said.

The moonlight was cold and pale. Everything around them had acquired a metallic sheen. Reilly concentrated on rowing. The boat moved steadily across the lake, the water dripped like silver from the oars. Jon gripped the thwart with both hands. He was surrounded by darkness and black water. His fear gnawed at him like a sharp tooth.

"And what about your psychologist, Jon? Can you talk to him?"

"How old is she?" Axel wanted to know.

"Forty, I think," Jon said. "Besides, she's a psychiatrist."

"And you talk about whatever you like?" Axel probed.

He felt disoriented. In the moonlight Axel's face was blue and white, and his eyes were black hollows.

"But your dad left you," Axel said. "That couldn't have been easy?"

Jon curled up on the thwart.

"People lose each other all the time," he said, "and they carry on anyway. As I did. It was fine, we managed fine."

Axel's oar sliced like a knife through the water.

Everyone in the boat fell completely silent.

Jon's head slumped, he was having trouble breathing. Hanna had told him what to do when this happened. Stand up, she had said, so that your lungs have room to expand. But he was scared of standing up in the boat so he stayed huddled up, struggling to breathe.

Reilly mumbled a verse he had learned by heart.

"'If God were to punish men according to what they deserve, He would not leave on the back of the earth a single living creature: but He gives them respite for a stated Term: when their Term expires, verily God has in His sight all His Servants.'"

Axel stuck his hand in his pocket and came up with a pack of Marlboros. The flame from the lighter made his face glow.

"Why are we stopping?" Jon asked.

Jon stared at his feet, he was feeling nauseous. He was far away from the cabin and even farther away from the hospital. I'm in their way, he thought, I'm the weak link. I can't do what they can. Axel's eyes glow like his cigarette, those eyes will never leave me in peace.

Reilly stared at the bottom of the boat. He also seemed to be uncomfortable. He was too big overall, his arms and legs too long. His large hands rested on his knees. From the shore they heard a rustling sound, probably a bird taking off, Jon thought. Axel inhaled. Jon watched the repetitive movements. He followed the
tip of Axel's cigarette with his eyes. It had an almost hypnotic effect on him. Why aren't they talking, he wondered, what are they waiting for? Are they trying to get rid of me, is that why they came to pick me up from the hospital, is that why they wanted to get me out here on the water, in the darkness? The fear crept up on him, but it was a ridiculous notion; they are my friends, he rebuked himself, sitting here worrying like a little kid, what am I thinking? Pull yourself together, Jon Moreno.

But he was incapable of pulling himself together. If only he could take off like the bird and fly away from everything, away from anxiety and guilt. Like a sleepwalker he got up from the thwart. Then he fell over the side of the boat.

Everything happened softly and quietly. There were only a few splashes which swiftly turned into ripples. Then he was gone.

Reilly leapt up, the boat rocked. He went to jump in after him, but Axel pulled him back down.

"Don't!" he shouted. "You won't make it. You won't get him back into the boat, your clothes will get waterlogged and you'll both drown. Don't do it!"

Axel held him tight. The boat settled down.

The water lay shiny and still.

They dragged the boat ashore.

Everything had happened so fast that Reilly had barely had time to think, but he was thinking now. And Jon must have thought, too, as he swallowed the cold, muddy water. While he sank to the bottom he must have been thinking that it was all over now. It was all over. But I'm still here, Reilly thought, and I wake up every day struggling to breathe. They were back inside the cabin. Axel lit the paraffin lamp. The fire had nearly gone out, only a few embers remained. He removed the fireguard
with the two wolves and threw on a new log. It soon flared up. Reilly sat down on a chair. He slumped, his big hands resting on his thighs. It was not long before he rummaged around his inside pocket for a small bottle. It looked like the miniature shampoo bottles you find in hotels and it was filled with a clear liquid. He poured a little into the cap and swallowed it.

"What's that you're taking?" Axel wanted to know.

"Don't worry about it. It's a substance which naturally occurs in your brain. I'm merely raising the level."

He sat still, waiting for the rush which was about to hit his head and body. Soon he would feel as light as a feather. A wave would lift him upward and onward, and the pain which was always with him would melt away like snow.