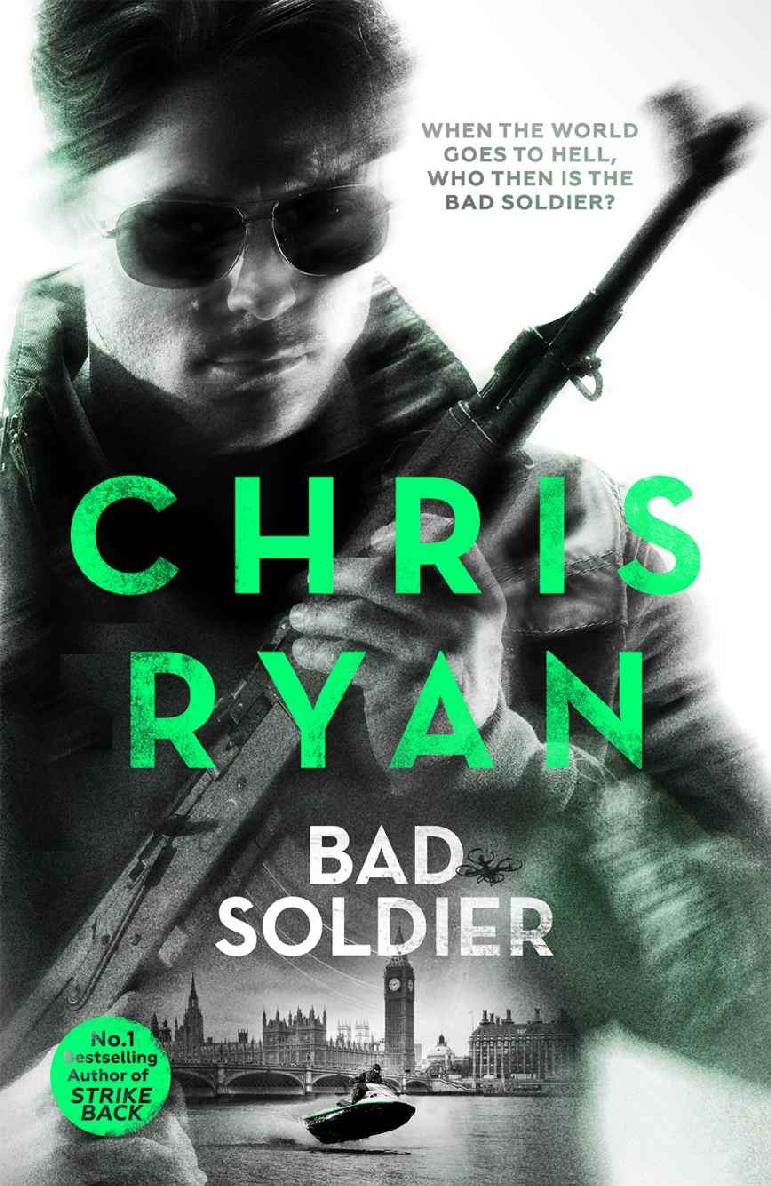 The One That Got Away

Stand By, Stand By

Killing for the Company

In the Alpha Force Series

In the Code Red Series

In the Agent 21 Series

First published in Great Britain in 2016 by Coronet

Work has been asserted by him in accordance with

Her people called themselves the Yazidi. Her captors called her a devil-worshipper. But really she was just a young girl.

Baba was sixteen and she had forgotten what it felt like not to be scared.

When the news had come that the fighters from Islamic State had surrounded her village in the shadow of Mount Sinjar in northern Iraq, the women started to scream, because they knew what it meant for their daughters. Baba’s own mother did not survive the attack. Nor did her father. But they lived long enough to see what happened to their girls. In the one main room of their tiny house, the fighters had forced Baba’s parents to their knees at gunpoint, then made the old couple watch as they beat and raped Baba’s two younger sisters. They were twelve and fourteen.

The details of that afternoon would haunt Baba as long as she lived. She would remember the pitiful screaming of her mother and father, which the fighters turned into a muted whimpering by thrashing them hard round the side of their heads with the butts of their assault rifles, until they bled profusely. She would always remember her mother begging them to take her instead of the girls, and the way the fighters laughed and said they would rather plant themselves in a pig than in her wrinkled old body. She would remember one of them calmly explaining that, since Baba’s family practised a religion other than Islam, the Qu’ran allowed true believers to rape them. It would draw the fighters, he said, closer to God.

But most of all, Baba would remember her sisters. They were too frightened to scream, and too young to understand what was happening as the men bound their arms and gagged them, before prostrating themselves in prayer and then . . .

Baba tried not to picture what they had done to them next.

Several times a night, Baba’s troubled sleep would be broken by the memory of the two gunshots that had killed her parents in front of their daughters. Each time she relived it, it felt as if the bullets had gone through Baba herself. And the image of her sisters being dragged, semi-clothed, out of the house with one last, tearful, uncomprehending look at Baba, was fixed in her mind.

‘
Please
. . .’ she had begged the one fighter who remained in the room with her. ‘Please don’t take my sisters from me. They are only babies . . .’

The man had surveyed her calmly. He wore black clothes and had a bandolier of ammunition over his shoulder. His open shirt revealed a horrific scar across the width of his neck. It was the same shape as a smile. He stood close enough to Baba that she could smell the sweat on his body. He traced that scar with his forefinger.

‘You see this, devil girl?’ he had whispered. ‘This was given to me by an American soldier. He tried to cut my throat. I bled like a slaughtered goat, but I did not die. Allah protects those who do his work. Remember that, if you are thinking of doing anything stupid.’

‘Your sisters are to be given to my men,’ the fighter had replied. ‘They deserve it.’

‘They are only children.’

‘
Infidel
children. Each time my men have them, it will be
ibadah
. . . worship.’ He stretched out one hand and caressed Baba’s cheek. ‘But for you, my pretty thing, greater honours await.’

The man with the throat scar had bound Baba’s wrists behind her back and shoved a rag into her mouth to keep her quiet. Then he had forced her, at gunpoint, out of the house. Baba had looked desperately around, trying to find her younger sisters. They were nowhere to be seen. About twenty other men and women had been lined up in the shade of the acacia tree in the middle of the village, blindfolded and forced to their knees. Five fighters brandishing weapons were walking up and down the line, barking harsh obscenities at these people Baba had known all her life. Her best friend Parsa was there, and her uncle Labib. Baba had to avert her eyes when one of the fighters put his gun to Labib’s head. She didn’t see the gunshot that killed him, but she heard it.

The man with the throat scar threw her into the back of a vehicle. There were two other IS men in there. Before she knew what was happening, they were driving her out of the village where she had spent her entire life. Baba was numb. Too shocked to cry, too frightened to speak.

She didn’t know how long they drove for. Perhaps four hours. It was dark by the time they pulled off the main highway and stopped. Her throat burned with thirst and her eyes stung. The driver killed the engine. Silence. The car’s headlamps lit up the rough road ahead, but it seemed to Baba that they were in the middle of nowhere. She started to panic. Why had they stopped? Did these men want to do something so terrible to her that they needed to come far from civilisation to do it?

It was with a mixture of relief and dread that Baba saw a sudden burst of light. They were at some kind of checkpoint. The man with the throat scar opened the window. The guards clearly recognised him. They lowered their weapons and waved them on.

They came to a second checkpoint. It was in a high fence, with rolls of razor wire along the top. Again they were waved through. A minute later they stopped at a compound of buildings. They were by a body of water – maybe a reservoir.

The man with the throat scar pulled Baba from the car. She was dazzled by moving beams of torchlight, but still aware of there being many men in the compound – at least fifteen, all of them armed. Four or five of them had dogs on leashes: muscular, snarling beasts, straining to get at her. There was the occasional bark. Ferocious.

But not as ferocious as the men. They leered nastily at her. Baba could tell what they wanted.

‘She belongs to Dhul Faqar,’ the man with the throat scar shouted. That was enough to make them all step back, and disappear into the darkness, dragging their straining dogs with them.

Baba registered a little more about her surroundings. This was clearly a big compound. There were several buildings that she could see, and peeking up from behind one of them was the rim of a large white satellite dish. There were vehicles – open-topped trucks – all dusty and dented. Some of the buildings were covered with black graffiti, and there were a couple of flags hanging from them, showing the insignia of Islamic State.

Baba’s captor pulled her towards the nearest building. There were two more armed men guarding this door, and they grinned as Baba was dragged towards them.

Since You've Been Gone (Welcome to Paradise) by Kennedy, Elle
Muhammad by Deepak Chopra
Pasajero K by García Ortega, Adolfo
The Taming (The Black Thunder Series) by West, Cary
Let the Old Dreams Die by John Ajvide Lindqvist
Wounded (An Aspen Series Novella) (Prequel to Relentless) by Stark, Cindy
Howl for It by Laurenston, Shelly; Eden, Cynthia
Watch Over Me by Christa Parrish
The Greatest Lover in All England by Christina Dodd
An Atomic Romance by Bobbie Ann Mason