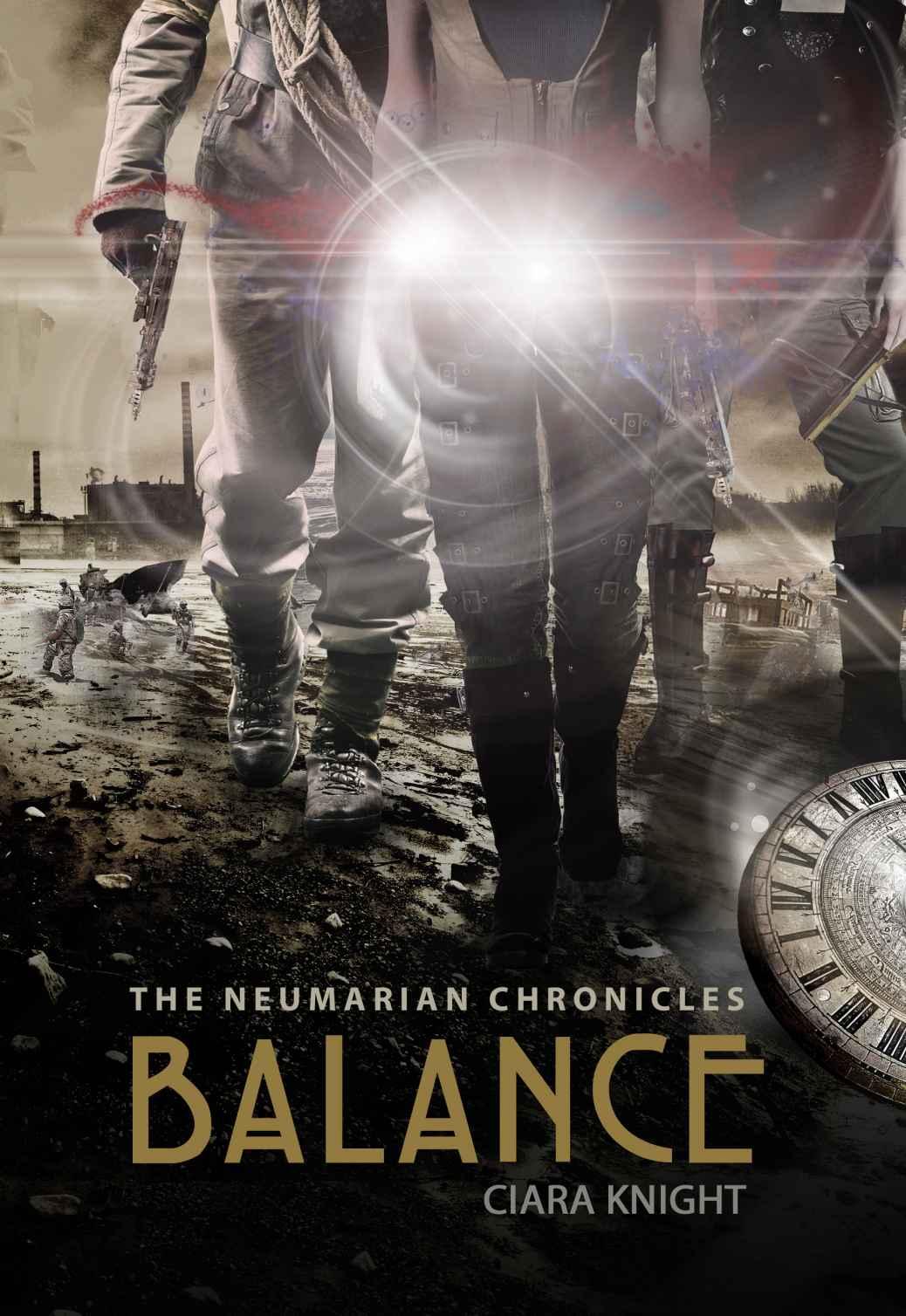 Fear assaulted me. Time was running out. Ten minutes ago, I watched helplessly as a sniper shot my fiancé Ryder in the chest and then Lt. Briggs went down, and together they sank beneath t
he reedy shoreline.

The only reason I hadn’t lost control of my gift and blown us out of the water was because
of the promise Ryder and I had made. If I lived to be two hundred, I’d never forget my panic and terror, thinking he was dead, and my sudden relief when I heard his voice in my head, agreeing to live so he could marry me.

Now fifty feet beneath the English Channel, I sat helpless as depth cha
rges exploded around us. Only a few meters away from me, Raeth battled to control our tiny, bucking submersible as the bombs threatened to destroy us. The riptide’s pull assisted them and I wondered if it, too, supported the queen and her allied emperor.

My father
, Harrison, stood, his gaze sliding over us. “Silent running.”

Moving sideways, he worked his way forward to Raeth. “Wait for the next depth charge,
then punch number seven, count to ten, hit number eight and sink to the bottom,” he whispered.

I heard a
swoosh
, then an explosion and seconds later another
swoosh
.

When he returned to his seat beside me, I asked, “What did you do?”

“Mandesa and her allies don’t know we’re nuclear. They think we’re using diesel. A fact we’ve kept well hidden from her. Raeth just released a tiny bomb and some scrap, along with diesel.” He rubbed his jaw. “We’ll wait until we’re sure they think we’ve sunk.”

It took five minutes, but
reports came in indicating the emperor’s forces stopped aerial bombing and dropping depth charges. We waited another fifteen minutes, then began our creeping return to the SB-06.

I glanced at my father, Dred,
Bendar, Fallon and Penton, all crammed into the shuttle, sitting knee to knee. Poor Dred looked like a twisted dreka beast in its burrowed mud home.

I knew they meant well, but over the past thirty minutes, their hovering and hollow reassurances had added to my stress. It was all I could do not
to scream,
Shut up and give me some breathing space or fry
!

The smell of burning cloth drew my attention. My fisted hand
s glowed like burning embers and I realized our frying was closer to reality than threat. If I didn’t gain control of my fiery gift, I’d melt the shuttle and we’d all die.

I bit back a snort.
Some leader of the rebellion I am
.

I peeked at Dred, praying he hadn’t noticed. No such luck. Hi
s elbows rested on his knees, hands hung between them, but his gaze was locked on my flame-tinted hands.

He reached a
cross to me, his fingers skimming my blazing knuckles, his eyes soft with pleading. “Don’t make me do it, pretty face. Don’t want ta hurt ya or shut ya down, but will ta save the ship.”

I closed my eyes, focused on my breathing, and willed myself to calm. The last thing I wanted or needed right now was Dred’s spear-like gift extinguishing my powers. My heart kicked into double time as I remembered the pain th
e last time he dampened my gift, making it inaccessible.

Shoulders slumped, he leaned back. “That’s it.
Don’t want ya ta be on the floor screaming when I’ve gotta block ya gift.”

I shrugged. “If you think I’m losing it, do whatever’s necessary.”

C
lamps secured the shuttle to the docking bay of the SB-06 and I sat, watching water swish around the windshield, powerless to help the man I love.

Unbuckling my
harness, I leaned over to avoid the bulkhead while I paced the small space.

My father tipped my chin up and stared down at me. “We’ll be in time.”

Blinking back tears, I pulled free and noticed everyone’s eyes were on me. I couldn’t afford to become emotional, not when so many counted on me. “Ryder’s still alive. I know it. But he’s buried in the reeds, wearing a slave collar and can’t heal himself. He’s dying. I know it. I can feel it. And you do, too.”

Raeth tugged her earphones off and eased free of the pilot’s seat. I
held my hand out for her, she took two steps and grasped my arm. I took in her dark brown eyes now red from silently crying as she piloted us away from Ryder, and my heart broke. He was her brother, her only surviving relative other than her uncle.

“W-we had to leave. T-too many soldiers. T-too much fire power.”

In my heart, I knew she was right. Yet, my soul screamed different. I’d only survive the impending war if I had Ryder at my side. He made the queen’s horrors bearable and kept hope alive within me. Not to mention the three of us formed the Triune, the only home for freedom.

Raeth leaned over the console and pressed a few buttons. “Clear,” she called and shuffled to the passenger hold, her metal leg refusing to straighten.

In all the chaos, no one had noticed how disfigured her appendage had become.

Penton leapt up
from the bench, slamming his forehead against the bulkhead. “Ouch.”

Raeth brushed a finger over the growing, red welt. “You okay?”

“Yeah.” He arched an eyebrow at her leg, grinned then grasped her hand. “I’ve got a surprise for you. Something I’ve been working on.”

With a snicker, she asked, “A Penton
special?”

Grimacing, his face flushed a deep crimson. “Stop saying that.”

I chuckled. “She’s right. And it’s true, you know. Your devices are going to be in history books someday.”

The crimson darkened to almost purple as he gazed down at Raeth. “Meet
me at the lab. I need your help to finish what I’ve been working on.”

Dred shifted in the corner. “Move it, Penton. We’re waitin’
.”

Fallon rose
, “I second that. My nephew kinda needs me and my legs are going numb.”

Dred unlatched the
top hatch. We climbed out, gathering in the docking bay, and were met by a crowd standing at attention.

Eyes narrowed, Fallon moved us aside, strode to the solider,
and stared down at her. “Report.”

Her eyes widened and face paled as she wilted under his inspection. “General Fallon?” At his nod, she lost all her
decorum. “Oh, my. You’re my hero. As a child, I heard legends about you,” she gushed, beaming up at him.

“Report, Lieutenant,” Fallon ordered. With a blink of an eye, his persona had morphed from caring uncle to badass commander.
He sounded nothing like the sweet uncle I’d met back in the mining territory seven months ago.

“It’s the blue mist, g
eneral. The emperor managed to locate the queen’s stockpile of gas. He escaped with most of it and has released it, blanketing the entire city.”

“Dear
God.” My father rubbed his temple, and for a second, General Bellator faded, leaving behind a man broken by great loss.

My stomach knotted.
Our situation had gone from bad to epic. But even so, we had to find a solution. I took a deep breath and stepped forward. “The mist won’t stop us. They think we’re dead, remember? So, they won’t expect the shuttle. The stealth approach worked once, it—”

Dred squeezed my shoulder. “I volunteer t
a go with ya. We doc further out and hike to their location. I’m strong and can protect ya, pretty face.”

For a moment, relief flooded me, but quickly faded.
“It wouldn’t work.” My heart squeezed tight. “Even with masks on, we risk contamination and we’ll be under heavy fire. If they’re…” I swallowed hard then continued. “They may be in bad shape. If so, it’ll take more than the two of us to get them back to the shuttle.”

My father shook his head. “That was before all hell broke loose in the
city. Don’t think for a moment they won’t be watching the shoreline. The minute the shuttle’s nose surfaces, they’ll sink it.”

“There has to be a way.
” With an entire platoon of soldiers watching us, I forced the desperation from my voice. “Ryder would never leave a man behind, and the mist wouldn’t stop him. He’d damn the consequences and rescue any one of us or die trying.”

My father stared at me for a moment then said.
“The
SB-06
is our only hope. We’ll need the council, upper Europe and us working together to pull this off. Given the emperor’s mist attack on the city, they’ll help us or perish.” My father adjusted his supply belt then fixed his gaze on the lieutenant. “Send an encrypted message to Captain Paulson and request he draw the emperor’s forces into battle away from the city. We’ll assist with the attack. Then message the council. Provide them with Ryder and Briggs’ last known location. Tell them to get our two wounded and all others to shelter. Between all of us, we’ll be a match for the mighty emperor.

At my father’s words, the melancholy looks on the soldiers’ faces vanished and they gave a rousing cheer. Their faith in my father’s plan eased some of my dread and m
y jaw unclenched. Gradually, the yellow hue faded from my heated skin and its usual fleshy tone returned. The last thing Ryder and Briggs needed was for me to have a true meltdown. “Thank you,” I managed.

My father’s eyes narrowed on me. “I have to rescue him, so I can kill him. No way are you getting married at your age.”

He held up his hand, palm out,
and shot me a glare before stalking out of the docking bay.

At Fallon’s roar of laugher, I faced him. “What?”

“Never thought a young woman would tame my nephew, the hot-headed playboy. Marriage? My head’s still spinning on that one. Although, I have to admit, if there’s one girl who could turn his cold heart to mush, it’d be you. Your mother certainly had a way of turning your father every which way.”

“My mother?” The overwhelming desire to learn
more about the parent I lost at a young age and wanting to focus on rescuing my fiancé almost tore me apart. My future won and I left the past behind—for now. “Never mind, we’ll talk later.”

Fallon quirked a half smile, the Arteres dimples warmed my heart. “I look forward to it.” He grasped my shoulder. “We’ll get him. I promise.”

“Thank you. Not just for your words, but for treating me like family from the day we met.” I toyed with the handle of my blaster. “Up to that point, you and Raeth were the kindest people I’d ever met, besides Bendar, of course.”

Fallon’s eyes narrowed
as he watched Bendar shuffle after Raeth and Penton as they headed for the lab. His smile thinned into a firm line.

“I thought he was your friend. I know he’s small and talks funny, but he saved our lives back in the Mining Territory. Remember?”

“I remember. It’s not that.” His hand slipped from my shoulder and he backed away. “We best get to the bridge if we plan to rescue Briggs and that crazy nephew of mine.”

We boarded the lift and moments later, exited onto the bridge, a
literal beehive of activity.

“Bring in the remaining shuttles,” my father ordered.

One of the cadets saluted. “Yes, General Bellator.”