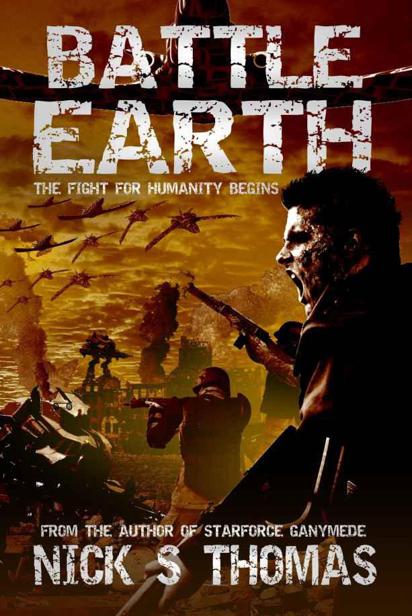 This is a work of fiction. Names, characters, places, brands, media, and incidents are either the product of the author's imagination or are used fictitiously.

Larson stepped across the barren surface of Mars in his self-contained suit. He carried a box full of samples that he’d collected that day. Approaching their shuttle he could see Ruby climbing aboard. It was a small ship, only ten metres long and able to carry just six passengers and limited cargo.

Mars was a research base. Humanity had reached the stars, but had done little to expand beyond the well-established Moon colony. Travelling times continued to prohibit further space colonisation, it taking twenty weeks to travel between Mars and Earth during the optimum time of alignment. Ninety-four people were stationed on the Mars research colony. For many years they had continued to develop the technology to develop the planet for further human usage. Ruby turned to see Larson moving towards their ship, she called to him through their intercom.

“Yeah, it never gets old does it?” asked Larson.

“Trust me, you spend a full year here, you’ll soon grow tired of it.”

Water had been discovered below the surface of Mars long ago, but the excitement of its discovery had soon died down. The research colony had existed for forty years. Terraforming was considered a vital research pursuit for those stationed there. While significant progress had been made in understanding how such a practice could be done, no developments had been made in implementing them.

With the established Moon colony, as well as the two successful space stations at LaGrange points L4 and L5, there had been little interest in budgeting immense amounts of government funds into developing a colony that would take several months to travel between. People accepted that Mars colonisation was an inevitable step for humanity. They just hadn’t quite reached its necessity nor found a way of making it practical.

Larson stepped up to the boarding ramp of the shuttle and turned back to look at the planet’s surface. It was a hard-edged and mountainous terrain that looked inhospitable to humans, but he still found it awe-inspiring. He only wished it was possible to walk on it without the cumbrance of his suit.

Taking one last glance, Larson turned and carried on up the ramp and into the shuttle, placing his box onto the racks before the seating. The ramp sealed behind them and Larson tapped a small button on the collar of his suit. The clear dome-shaped helmet hinged back and vanished into the bulky shoulder section. He breathed in deeply. The shuttle’s air source was far from the fresh air he loved so much on earth, but it was a relief after an hour inside the confine of his helmet.

“You know, Ruby, for someone who volunteered for this work you sure don’t seem to care much for the planet.”

“I care about it, and I’ll be glad once we have got it terraformed. Until that time it’s an ugly and lifeless wasteland.”

“Just think about it, Earth was developed over thousands of years, I wonder how we would do if we could start entirely from scratch on a similar world.”

“Don’t expect any kind of paradise. Whenever we finally get this world going it will probably just look the same as anywhere else,” Ruby replied.

“Such cynicism, alright, let’s get back and you can enjoy your precious meal.”

“This is Shuttle 12 to Ares, requesting permission to land, over.”

“This is Ares, we have lost contact with Shuttle 5, you are requested to investigate at their last known co-ordinates which are being sent to you now, over.”

“Confirmed, over and out,” said Ruby.

“So much for your lunch break!”

She looked at her colleague with an annoyed grin. It was a lonely life on the Ares colony, with few luxuries in life. She turned back to the controls and re-directed to the co-ordinates they’d been given, three hours to the south of the camp.

“What do you think happened to them?” asked Larson.

“Probably just a communications fault, it happens from time to time.”

Flying low over the canyon ridges the shuttle eventually approached the co-ordinates. The two researchers had left the colony ten hours previously and were feeling the fatigue kicking in. Unsure what they expected to find, curiosity kept them awake. As their ship soared over a large peak, the shuttle they were searching for came into view in the valley ahead.

“Exactly where they were supposed to be, so what’s the problem?"

“We still need to check it out, Larson, they’ve been out of contact for hours.”

She manoeuvred the shuttle down to a smooth landing just twenty metres from the other ship. Their shuttles ran an almost silent operation, with their highly advanced and efficient ion engines. They both flicked the switches to activate and enclose their suits and continue their personal oxygen supply.

“Grab one of the scanners, we’ll see if you can track them down.”

Larson sighed as he picked up the cumbersome device and slung it onto his back. The door lifted and the ramp lowered. They were once again stepping out onto the surface of the red planet. Larson looked again in awe at the harsh but fascinating and striking terrain.

“No sign of them, I’ll try the shuttle,” said Ruby.

Larson nodded, he was too busy taking in the view to care. Living in the knowledge that they were the only living inhabitants on the planet, they wandered freely about the surface with no worries. With the technology that they had at their fingertips, the limit of their oxygen supply was the only concern in their lives.

Ruby pressed the entry pad to the shuttle they had been sent to investigate. The door lifted and the ramp slid open, but no one was inside. She entered the vehicle looking around for any signs of their colleagues. Some of the research equipment was out.

“Then why didn’t they get in contact? They’re just wasting our time.”

“Maybe they found something interesting and have been busy?”

They turned and looked around the valley. It was a familiar sight. Barren, with sharp mountain peaks and hard-edged rock formations. There was rarely anything to cause surprise on Mars. Everywhere but their research base was a lifeless and desolate plain.

“Alright, get the scanner out, Larson, let’s see if we can find them.”

He hauled the big case from his shoulders and placed it down on the hard rocky ground. He lifted the lid of the ruggedized computer. The oversized keys to allow operation in thick gloves made it appear as a caricature of their own personal devices. He tapped a few buttons and brought up a circular scanning device. It read movement within a hundred-metre radius. The dial began to spin and search for any signs of life.

As Larson watched the display, Ruby looked around the area of the ship. It was hard to find signs of footprints on the surface of Mars, it being so hard to rarely leave imprints. The dust often covered over what few signs of life were left.

“Got anything?” she asked.

Ruby moved up to his side looking down at the screen as the dial continued to track around the scanner. She saw it flash once again as it got a reading. She squinted to look down at what it was.

“Four objects? I thought this was a standard two-man research team?”

“That’s what we were told, maybe the scanner is reading wrong,” Larson answered.

“Yeah, maybe. Let’s go take a look, it’s just over that ridge, you can leave that here.”

Larson gladly shut the screen and stood up to follow her across the surface. Up ahead was a rock outcrop leading to another valley in the rocky terrain. They went along the surface, each anxiously wanting to know the explanation for the reading they had gotten. There was still plenty to learn from the planet of Mars, meaning the potential for exciting new developments was always on the cards.

They reached the outcrop and navigated their way through the obstacles. They always had to be careful of the sharp and jagged terrain of Mars, as damages to their mechanical counter pressure suits was far from ideal. The risk of radiation was a small concern in low dosages, the complex repair work afterwards plus the difficulty and expense of sourcing new equipment was more of an issue.

As Larson navigated the close terrain he noticed that Ruby had stopped up ahead, standing like a statue as she looked ahead. He moved to her side and stood with the same dumbfounded expression as she had on her face. In front of them was what appeared to be a ship of some kind, but its surface was almost identical to the Martian terrain, making it blend in like a chameleon.

The ship was twice the size of their shuttle and completely unrecognisable to them. It had a bulbous body and large engines, with wings protruding from its hull. The camouflage effect of its bodywork made it difficult to make out much more than a rough shape. Before they could study it any longer, their eyes were drawn to movement on the surface in front of the vessel.

They could see what appeared to be their two colleagues, wearing the same suits as them. One was kneeling down on the ground, the other stood beside him. Ten metres in front were two other figures, though substantially taller and not recognisable at all.

“Who the hell are they?” asked Larson.

Ruby pulled out her binoculars from a pouch on her belt. Tapping a small switch, they expanded out into a high power device. She lifted them and looked on in horror at what she saw.

She was still speechless. Having run out of patience, Larson snatched the binoculars from her hands. She put up no fight and was still stunned, looking in on the scene in terror. Larson lifted the binoculars to see what had shaken her so badly. He couldn’t believe what he was seeing. The two figures stood before their colleagues were well over two metres tall and wore some type of metallic armour.

Their suits appeared to have sprung lower leg mechanisms that more resembled a cat or dog standing on its back legs than a human. Their bodies tapered out into a broad chest section. A helmet-like device was embedded in the front of the suit, as if either they had no neck, or the suits were completely encapsulating their bodies. Larson was as fascinated as he was terrified by the sight. Nothing they saw resembled anything they had ever seen. A hundred questions began to roll around in his head, but before he could say another word, he saw the two figures lift something from their sides. Light flashed from the devices and their two colleagues spasmed with the impact of some kind of energy.