Tags: #Be Shot For Sixpence

Be Shot For Six Pence 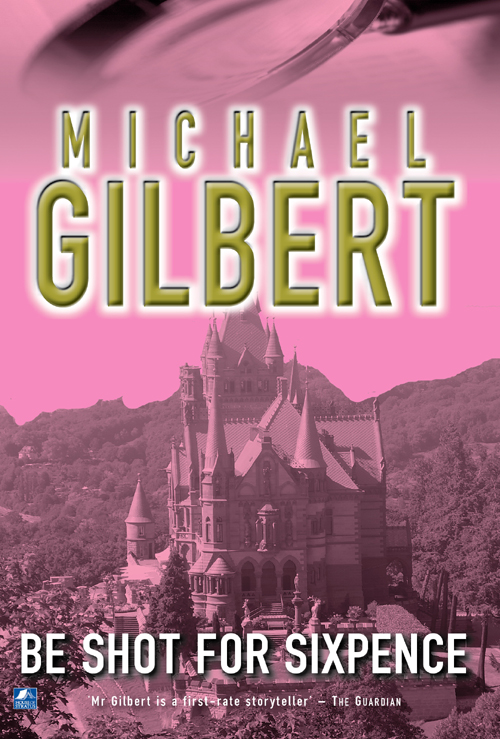 Be Shot For Sixpence

HRF Keating stated that
‘Smallbone Deceased’
was amongst the 100 best crime and mystery books ever published.
“The plot,”
wrote Keating, “
is in every way as good as those of Agatha Christie at her best: as neatly dovetailed, as inherently complex yet retaining a decent credibility, and as full of cunningly-suggested red herrings.”
It featured Chief Inspector Hazlerigg, who went on to appear in later novels and short stories, and another series was built around Patrick Petrella, a London based police constable (later promoted) who was fluent in four languages and had a love for both poetry and fine wine. Other memorable characters around which Gilbert built stories included Calder and Behrens. They are elderly but quite amiable agents, who are nonetheless ruthless and prepared to take on tasks too much at the dirty end of the business for their younger colleagues. They are brought out of retirement periodically upon receiving a bank statement containing a code.

Much of Michael Gilbert’s writing was done on the train as he travelled from home to his office in London:
“I always take a latish train to work,” he explained in 1980, “and, of course, I go first class. I have no trouble in writing because I prepare a thorough synopsis beforehand.”.
After retirement from the law, however, he nevertheless continued and also reviewed for
‘The Daily Telegraph’
, as well as editing
‘The Oxford Book of Legal Anecdotes’
.

who has not yet

been liquidated by the Queen’s enemies

Part I
SHUFFLE, CUT AND DEAL

“Oh! who would fight and march and countermarch,

Be shot for sixpence in a battle-field

And shovell’d up into some bloody trench

Where no one knows? but let me live my life.

Oh! who would cast and balance at a desk.

Till all his juice is dried, and all his joints

Are full of chalk? but let me live my life.

Oh! who would love? I woo’d a woman once

But she was sharper than the Eastern wind

And all my heart turned from her, as a thorn

Turns from the sea; but let me live my life.”

Chapter I
THE RESULT OF TAKING A FIRST CLASS TICKET

Why should a man invoke the Deity because he is moving his unimportant self from one place to another ?

My cousin Michael, who is used to my habits, takes no offence if I fail to do the conventional thing and I can still enjoy a very occasional week-end with him in his converted rectory in Kent. He is the mildest of men and makes his living by writing thrillers. It is a pleasure to see him at work, seated in what was once the rector’s study, gleaming kindly through his horn-rimmed spectacles at the hollyhocks and lupins which frame the croquet lawn.

Michael has a wife, a small, resolute, woman with the spirit of a grenadier and four fat daughters. I have none of these things. That is why I can only visit him very occasionally, for I am sure to come away disliking myself.

I got up at six o’clock. One of the fat daughters was singing a hymn but otherwise the house was quiet. I made myself some tea and started on the five mile walk to the station through the Kent countryside. The countryside was wide awake; it is only authors and business men who can afford to waste in bed the lovely hours between sunrise and breakfast time.

It took me a little under sixty minutes to reach the station and I was in plenty of time for the eight-three. This, I can only suppose, was the business train. When I got into the first class carriage (a non-smoker; I have not that particular vice myself and see no reason why I should tolerate it in others) it was empty. But as we stopped at station after little station it filled up, and I realised that I was in an exclusive sort of club. In fact, I am not sure that I had not stolen the oldest member’s seat. The other members were very upset about it.

They settled down after a bit, and took up the conversation, where they had left it off when they got to Victoria the morning before. Being unable to join in I contented myself with studying their faces. There were superficial differences but really they were the same face. The dropped and multiplied chins, the pursed mouths, the eyes which tried to look worldly but succeeded only in looking greedy and frightened. Little, tired eyes of men who spent their working days sitting in swivel chairs in over-heated offices thinking about money. I should have been hard put to it to say which of them I fancied least.

The svelte man in the corner with white hair, pince-nez glasses and an authoritative manner of speaking which he must have picked up from years of laying down the law to people who depended on him for their daily bread. Or the fat man with the pink tip of his nose – a tiny, unheeded, warning light showing what would happen to him if he persisted in absorbing more carbohydrates than his body could burn; or the military type, with field officer moustache and a velvet coat collar who was repeating, with the tired ferocity of a bilious tiger that all strikers were Communists and all Communists ought to be shot down. Not shot; shot down. Apparently an important distinction.

“I was lunching with Herbert the other day,” said the white haired man, “and he told me, but you’d better not pass it on,”— (since I didn’t belong to the Club I was presumably supposed to be deaf as well)—”that the Government are contemplating – definitely contemplating – legislation in the next session.”

“How do you stop strikes by legislation?” asked the military type.

“Quite simple. By restoring the full legal effect of the contract of service between employer and employee. Then any strike becomes a breach of contract, and the strikers become liable in damages. The damages would have to be paid out of union funds, which would soon be exhausted. No union funds, no strike pay. No strike pay, no strike.”

The fat man said that it sounded all right but he didn’t mind betting that the Government didn’t do it.

“They
must
do it,” said the white haired dictator. “Do you know how much my firm lost in the last strike?”

No one knew, so he told them.

A thin man, who had not spoken up till now, said that he saw from his paper that radioactive fish were being caught in the Pacific.

They worried about radioactive fish until the train got to Victoria.

I walked from Victoria Station to Penny’s flat in Paulton’s Square. (And if you think that Penny is a silly woman’s-magazine sort of name I entirely agree with you. And it is remarkably appropriate to this particular bearer of it.)

It was well past nine when I got there and the City boys were streaming out in their bowler hats and striped trousers with all the cares of the world in their brief-cases; but not much sign of life from Penny’s flat. I picked up the paper and milk and opened the door with my key and went in.

All the washing up which had accumulated since Friday evening was piled neatly in the kitchen. She was a methodical slut. I contemplated for a moment washing it up myself, but refrained. She would only look at me out of her melting eyes and say, “Oh darling, how
sweet
of you.”

I went into the bedroom. She was lying on her side with one pillow in the small of her back and the other under her shoulder and enough of her left breast showing to emphasise the relationship between us. The female breast is not, in itself, in my opinion an attractive sight, least of all at nine o’clock in the morning.

I removed two pairs of stockings from the low chair by the electric fire and sat down.

“Did you have a lovely, lovely week-end?”

“All those sweet children. It makes me maternal to think of them. Oughtn’t we to start one.”