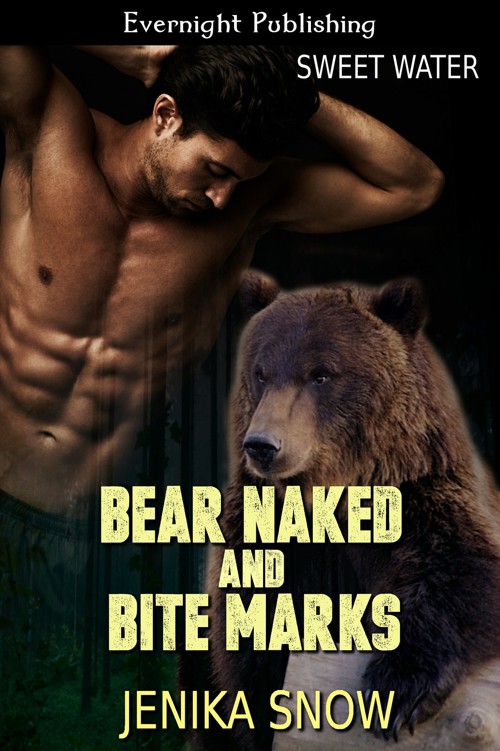 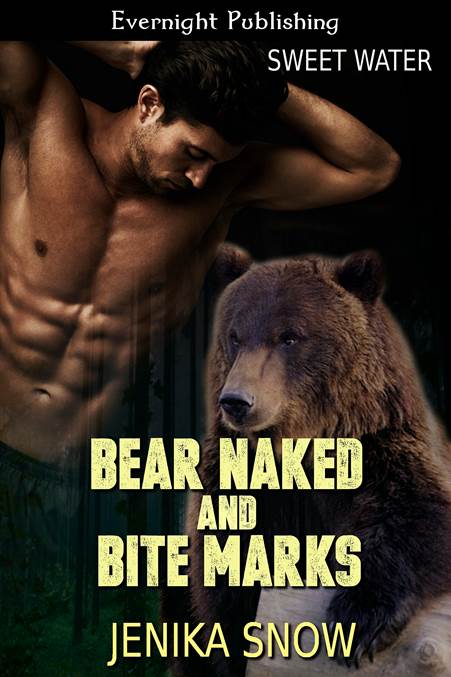 Thank you
everyone for your continued support. It means the world to me!

“I think a night in is in order,
Melissa.” Candace’s ever-present voice of reason came through the line like that
of a nurturing mother.

“And why in the hell would I want to
stay inside on a Saturday night?” Melissa Damien examined her French manicure.
I’ll need to get these bitches redone.

“Maybe because you go out every weekend,
and I think you’re getting a little old for the club scene, don’t you?”

Melissa dropped her hand and scoffed. “Did
you seriously just say that to me?”

Candace chuckled, and although Melissa
should feel offended by the old lady reference,
she
couldn’t help but smile.

Melissa rested her head against the back
of her couch and stared at the ceiling. Yeah, she did know what Candace meant,
but that didn’t mean she wanted to hear it from a third party.

“Girl, that is exactly why I need to go
out. I’m a thirty-seven year old single wolf shifter, and my two closest
friends are already mated with kids, or with another baby on the way in your
case. I feel old, and excuse me for wanting to go out and keep the spirit of
youth alive inside of me.” She hadn’t meant to sound that snippy at the end,
but this was something that she thought about quite a bit. Melissa was good at keeping
a front on how she really felt. Her snarky, sassy, and sometimes overbearing bitchy
attitude held to steer people away from delving too deep inside of her. Sure,
she had been like this her whole life, but now that she was older, and
especially since her two best friends had settled down, Melissa used her
non-filtering mouth and sassiness to divert people away from her.

“Even though I say you’re too old you
know I’m just giving you a hard time. I mean we’re the same age.” Melissa heard
the deep, rumbling voice of Trace, Candace’s polar bear shifting mate, on the
other end of the line. Candace spoke softly to him, and Melissa heard the
distinct sound of her best friend kissing her mate.

“
Bleh
.
How about saving the making out for when I’m not on the phone and already
feeling depressed with my old-ass age and single status.” Melissa was smiling
even though Candace couldn’t see her.

“Hey.” Candace chuckled. That was the
thing with Ary and Candace, Melissa’s two closest friends since high school.
The three of them got each other, knew when the other was teasing, and gave as
much as they could take. Well, Candace was more of the shy and quiet type, but
even that had lessened since she’d gotten with her biker mate.

“Anyway, you’re feeling okay? That baby
ready to kick its way out?” There was a muffled groan that came from Candace,
and then the shuffling sound of sheets rustling.

“Yeah, but I only have a few weeks left.
I swear this pregnancy is a lot harder than the first.”

“I thought I heard the second
pregnancies were easier.”

Candace made a noise in the back of her
throat. “I can already tell this baby is going to be just like his dad.
All grumpy and a pain in my ass.”
Candace and Melissa
started chuckling at the same time. “Alivia is so easygoing and relaxed. But
this one, he is a handful already.”

“Maybe that is just how bears are?” Candace
groaned, and Melissa knew she was shifting in bed. “You okay?”

“I’m good, just huge and uncomfortable.”
Candace tried to sound light, but Melissa knew that carrying Trace’s little
polar bear baby was taking its toll on her. She also knew Candace wouldn’t have
changed it for anything, and that she would do it all over
again,
and probably would try for one more when their little boy was a little older.

“Listen, be careful, okay? I know how
wild you get when you have some drinks, and I don’t want to get a call in the
morning with you telling me you had to chew off your arm because you brought
home a coyote ugly.”

Melissa couldn’t help it, she burst out
laughing. “That was only one time, and I had my beer goggles on.” Candace
chuckled. “But don’t worry. I’ll be careful, Mom.” They hung up, and Melissa
stared at the ceiling again. Really she didn’t need to go out, but sitting
alone at home on the weekend sounded even more depressing. She never cared
about going out by herself, could take care of herself if it came down to it,
but now it just seemed so damn repetitive. She could always go to Dakota
Dark’s, the bar and grille owned by Candace’s mate and husband, Trace Dakota.
The atmosphere was friendlier, more comfortable, even if half the patrons
were
leather and cut wearing bikers. She
also knew many of the employees, and a little conversation was a hell of a lot
better than watching reruns of
Roseanne
.

It didn’t take her long to get ready,
but she wasn’t going out looking for a piece of ass. Melissa just didn’t want
to sit around alone, and as much as she loved Ary and Candace, she also didn’t
want to be reminded of how happy they were. Was Melissa jealous of her friends’
happiness? No, but she did wish she had what they did. She may tease Candace
that she wanted to keep the youth alive inside of her by going out, but with
each passing day she did think about what it would be like to be mated. At her
age it almost seemed like it would never happen, and maybe it wouldn’t, and
wasn’t that a depressing as hell thought.

It was only about nine in the evening, but
there was no doubt Dakota Dark’s would be busy. A little distraction was just
what she wanted and needed. She looked at herself once more in mirror, and moved
her hand down her long, loose fitting gypsy style skirt. Her bangle bracelets
clanked together from the movement, and her colorful baby doll style tank might
have seemed a bit “young” for her, but it was vibrant and out there, just like
her personality. Her long wavy dark hair hung to her hips, and she lifted it
off her shoulders into a ponytail, but eventually decided on just leaving the
heavy mass down. She grabbed her purse and headed out to her car. Once on the
road she turned on the radio, left it on some 80s station, and had never felt
older than she did right now.

Declan poured himself another shot, and
brought the glass to his mouth to toss it back. The alcohol burned like a
bitch, but this was his third one, and the liquor was starting to numb his
throat. He was tired, really fucking tired, but it wasn’t because he had been
up for the last forty-eight hours. Declan was just tired in general. At
fifty-one he was too old to be doing the kind of work he did. But he was a
shifter, and although he felt fucking old, physically he was in perfect shape,
like one well-oiled killing machine. A mercenary now, Declan hunted down bastards
for clients, pulled strings, called in favors, and even did illegal and heinous
shit just to make sure he got the job done. Did he care that he took a life?
Not if the world was better off without said life, and those were the only jobs
he took. He didn’t kill females and children, or innocent men just because the
ones that hired him just wanted to see blood. The men he was paid to hunt down
were scum, evil, and were doing more harm than good by being alive. But being
with the SIL had taught Declan a lot, mainly not to let his emotions and conscience
get the better of him. And he had learned that shit really early on. He had
been trained at a young age to be a killer, to be silent and lethal. The skills
he had made him one of the deadliest beings in the world, as was any member in
the Shifter Intelligence League, or the SIL. In all honesty he would have still
been with the Shifter Intelligence League if not for the fact he had taken
shrapnel in the thigh two years ago. The rehab had been a bitch, but he
couldn’t move as swiftly or stealthily as the other males in the organization,
hence his early, and very reluctant, retirement. But what was worse had been
the fact he wasn’t doing what he had been born to do: taking out his enemy. The
SIL was made up of the most lethal shifters in the world, and their training
was on the more unethical side. But they were their own government and entity,
and didn’t follow any rules aside from the ones the SIL
provided,
and even that wasn’t anything but get the job done.