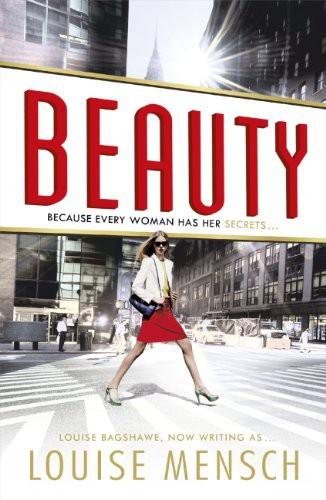 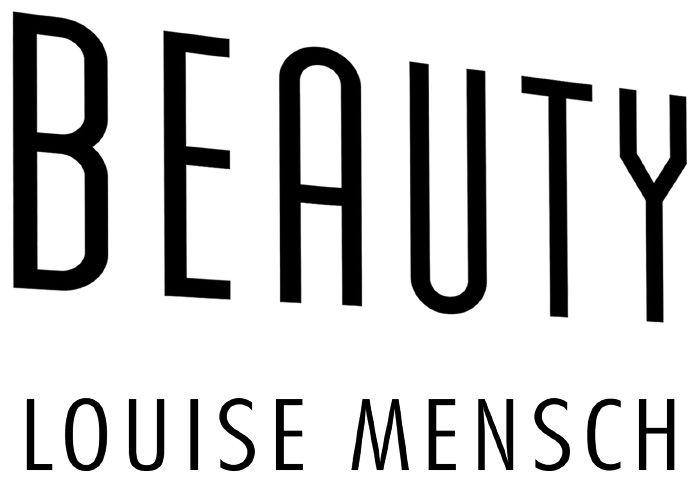 The right of Louise Mensch to be identified as the Author of the Work has been asserted by her in accordance with the Copyright, Designs and Patents Act 1988.

From the bestselling Louise Bagshawe, now writing as Louise Mensch.

There isn’t a woman on earth who doesn’t have her beauty secrets. But for Dina Kane, beauty is more than just business. It’s power. And it
is
the secret. She’s dragged herself up from poverty to Park Avenue. She’s rolled with the punches. And she’s learned how to win.

Now someone is out to destroy her, and all she’s built. They’ve underestimated Dina Kane. She’s staying at the top – and she’s happy to wait for the perfect moment to exact her revenge . . . 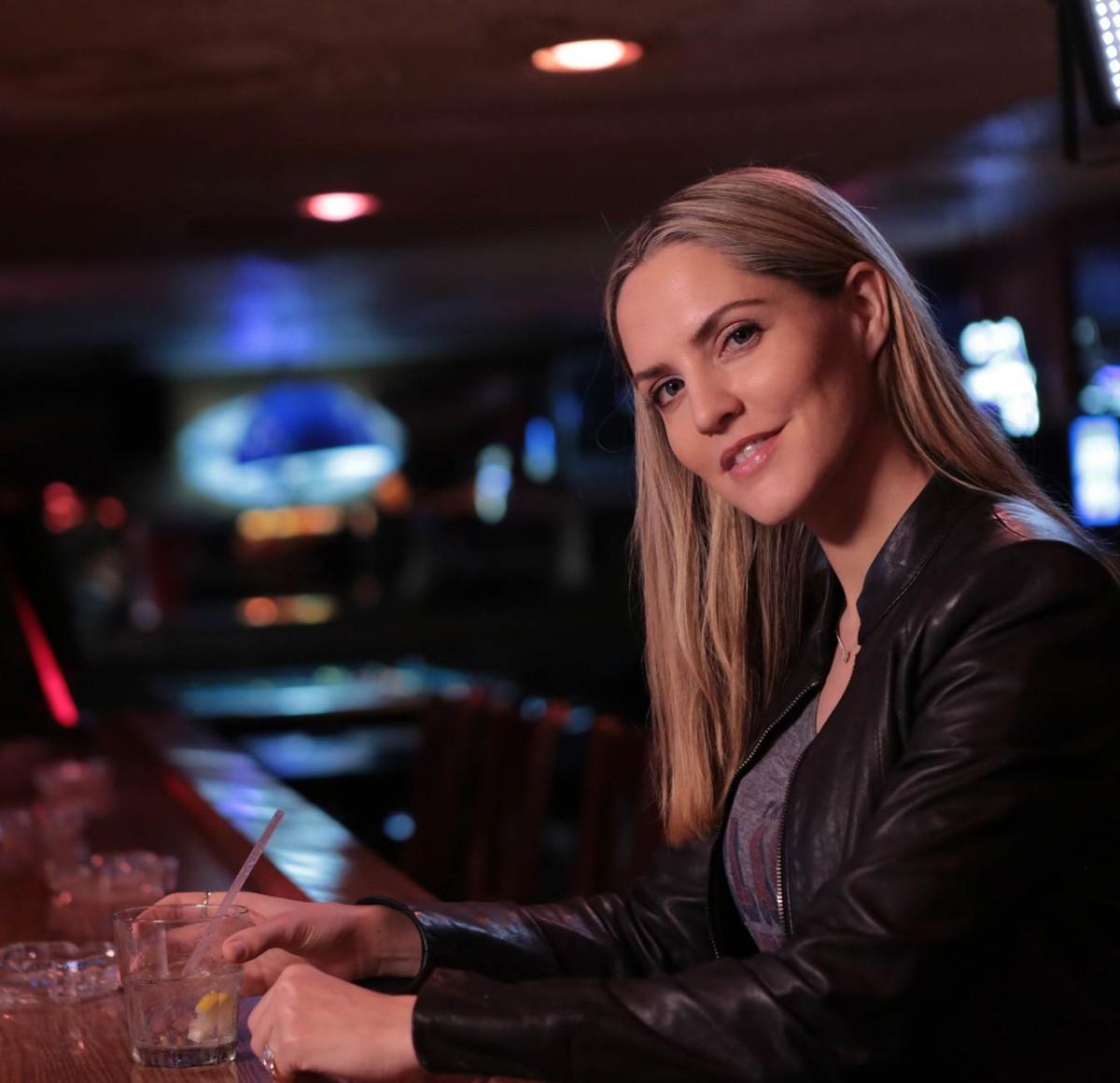 Louise Mensch is the author of fifteen novels under the name Louise Bagshawe and has been a top ten bestseller. She has also been published in more than eight languages. Her new novel, BEAUTY, is written as Louise Mensch, the name for which she became known in the UK as an MP for the Conservative Party. She is an active user of social media, runs a blog and is the mother of three children. She now lives with her husband, Peter Mensch, in New York.

When She Was Bad…

The Devil You Know

‘A thrilling mixture of danger and lust, it’s an addictive read that doesn’t disappoint’
Closer

‘You’ll be hooked by the racy, romantic intrigues and the twists and turns of the plot’
Daily Mail

For Peter, my ideal of beauty

No book is a solo project, and I have been fortunate to be edited by Imogen Taylor and to have the endlessly patient Michael Sissons as my agent. Fiona Petheram, Robert Caskie and Isabel Evans have all shepherded me at PFD; I also want to thank Jateen Patel. At Headline, Emily Furniss in publicity and Emma Holtz have been working on the team and I am grateful to everybody who put
Beauty
together in record time with an amazing cover.

And finally, thanks to you for reading it – ultimately all stories are a collaboration between the writer and the reader. Dina’s adventures happen in your head, and that’s the true beauty of this novel.

The maternity ward was having a bad day.

And so was little Dina Kane.

The newborn lay in her plastic cot, coughing and mewling; she was wrapped in a cotton blanket, and the little beanie on her head had slipped to cover one eye. Her mother lay on a bed a few feet away, passed out from the pain. Nurses rushed around, thankful that the mother was unconscious, the father at work on a building site somewhere in the Bronx. No question of a day off for him; this family needed the money.

In another room they had a woman bleeding after a botched C-section, and two breech deliveries were going on at the same time. Dina’s mother, Ellen Kane, had screamed all the way through, like she was being tortured. This was her second child, and it arrived fast. By the time Ellen Kane got checked in to a bed, she was already seven centimetres dilated – too late for an epidural.

Too bad for Ellen.

It seemed every poverty-struck woman in Westchester County, New York, wanted to pop out a kid at the same time.

The midwives ignored Ellen’s screeching. They were too busy trying to staunch the horrible flow of blood from the mother who was dying because of their obstetrician’s mistake. Others were massaging and wrestling the breech deliveries round. Nobody cared about the regular birth – agonising or not.

No health insurance? No goddamned sympathy.

‘Hell,’ one of them hissed at Ellen, as she moaned and tossed on her sweat-soaked sheets, ‘just push – push. Women have been doing this forever.’

‘Please,’ Ellen shrieked, but she was casting her voice into space.

Nobody feared a lawsuit. This was a Medicare family, too poor to sue. And so Dina Kane entered the world to the sound of her mother’s horrible screams. As she slithered from the womb, a harassed nurse cut the cord, hung her upside down and slapped her tiny bottom.

But it was the only sound left around the bed.

Her mother had fainted. The baby was roughly – incompetently – swaddled, dropped in her plastic cot and left alone.

Faintly, Dina cried, ignored. Making her first bid for attention. Trying to force the world to notice. Her tiny fingers, with their translucent nails, curled into her soft, wet palms.

The journey home was better. Dina slept in her carrycot in the back of the car, as Paul Kane tried to think of a few nice things to say to his wife.

What the hell? His daughter looked like a hairless gnome, all wet and wrinkled – like all babies.

She didn’t look back at her daughter. Ellen excused herself with trauma and exhaustion. Before the birth, big as a house, she hadn’t slept for days. Now, here Dina was, the fruit of all that effort.

Not like when Johnny was born: her firstborn, her son and the apple of her eye. Of course, Ellen had been younger then – four years younger – and the birth was OK and, besides, they’d both
wanted
a kid – and he was a boy, which everybody said was easier.

Turned out kids were expensive.

Ellen prided herself on running a tight ship. Paulie made good money on the construction site, and she had big dreams. They rented an apartment in Mount Vernon, but she wanted to own her own house one day. Maybe even something in Tuckahoe, a village a few miles away – but a world of difference. Ellen wanted the family to drive a better car, maybe go on a vacation to Florida once a year. She even had dreams of Catholic school for Johnny. Ellen could see herself, still trim and pretty, going to meetings of the PTA with those rich suburban moms, putting Christmas decorations on her own lawn, hosting her parents for Thanksgiving.

She wanted to stay pretty and young, not beat down like those other wives of the construction guys, the ones who got slobby and spent all day in sweat pants, or went to answer the door with their curlers in. Ellen Kane spent a bit of money on keeping herself groomed, as cheap as she could manage, and she had a gift for style. She could pick out the one pair of well-cut slacks donated to the charity store, she found the best cheap place to have her eyebrows plucked, and she dyed her own hair. Paulie was happy – he loved that his wife looked good, loved all the jokes the guys on the construction site made about it – and Ellen worked on her dream.

Johnny was a good boy. They loved him; they spoiled him. He took the breast, and didn’t complain when Ellen switched him to the bottle aged three months.

‘I want to keep myself nice,’ she said, coyly, to Paulie, as the baby slept in his bassinet, out in their closet.

‘Yeah.’ Paulie nuzzled his face against her tits; they still felt full, bouncy. He was so relieved. He didn’t want Ellen getting floppy and loose like all those women he saw around their way. ‘Real nice, baby; real nice.’

He had a good marriage, mostly. Ellen wasn’t the best cook, but she looked sexy. He valued that a lot more than a pot roast. Paulie earned the wage, his house looked neat, he had a wife that was a step above, and a boy. He was happy.

The trouble came as Johnny started to grow. Baby clothes – new ones every couple of weeks. Formula was expensive. The kid needed toys, bibs, diapers, a play mat . . . Paulie felt like every day he was being asked to shell out more cash.