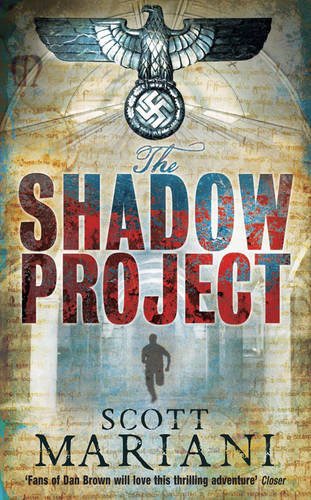 Technological progress is like an axe in the hands of a pathological criminal
.

The dogma of Christianity gets worn away before the advances of science
.

Outside the cottage, the storm had reached its peak. Rain was lashing out of the starless sky, the wind was screaming, the branches of the forest whipped and scraped violently at the windows
.

The lights had gone, and the old place was filled with shadows from flickering candles. The twelve-year-old boy had been cowering at the top of the creaky stairs, listening to the argument between his parents and his grandfather and wishing they?d stop. Wanting to run downstairs and yell at them to quit fighting. Especially as he knew they were fighting about him?

? When the thing had come. A creature that looked like a man ? but could not had been a man
.

The boy had seen it all. Watched in speechless horror, peering through the banister rails, as the intruder crashed in the door and strode through the hallway. The argument had stopped suddenly. His parents and his grandfather were staring at the thing. Then the sound of his mother?s scream had torn through the roar of the storm
.

The creature never even slowed down. It caught his father and his mother by the arms. Whipped them off their feet as though they were nothing. Like dead leaves. It dashed their heads together with a sound that the boy would never forget. Candles hissed, snuffed out by the blood spray
.

Then the thing had dropped the bodies and stepped over them where they lay. Smiling now. Taking its time. And approached his grandfather
.

The old man backed away, quaking in fear. Spoke words that the boy could not understand
.

It laughed. Then it bit. Its teeth closed on the old man?s throat and the boy could hear the terrible gurgle as it gorged on his blood
.

It was just like the stories. The stories his parents hadn?t wanted his grandfather to tell him. The boy shrank away and closed his eyes and wept silently and trembled and prayed
.

And then it was over. When he opened his eyes, the intruder had gone. He ran down the stairs. Gaped at the twisted bodies of his mother and father, then heard the groan from across the room
.

The old man was lying on his back, his arms outflung. The boy ran to him, knelt over him. Saw the wound in his grandfather?s neck. There was no blood. All gone
.

Claimed by the creature
.

?I?ll turn.? The old man?s face was deathly pale and he gripped the boy?s arms so tightly it hurt. ?You know what to do.?

?It has to be done,? the old man whispered. He pointed weakly at the sabre that hung over the fireplace. ?Do it. Do it now, before it?s too late.?

The boy was convulsed with tears as he staggered over to the fireplace. His fingers closed on the scabbard of the sabre, and he unhooked the weapon from its mounting. The blade gave a soft zing as he drew it out. ?Hurry,? his grandfather croaked
.

The boy pushed the sword back into the scabbard
. ?
can?t,? he sobbed. ?Please, granddad. I don?t want to.?

His grandfather looked up at him. ?You must, Joel. And when it?s done, you have to remember the things I told you.? His life energy was fading fast, and he was struggling to talk. ?You have to find it. Find the cross. It?s the only thing they truly fear.?

The Cross of Ardaich. The boy remembered. Tears flooded down his face. He closed his eyes
.

Then opened them. And saw that his grandfather was dead
.

The storm was still raging outside. The boy stood over his grandfather?s body and wept
.

And then his grandfather?s eyes snapped open and looked deep into his. He sat upright. Slowly, his lips rolled back and he snarled
.

For a second the boy stood as if mesmerised. Then he started back in alarm as his grandfather began to climb to his feet. Except it wasn?t his grandfather any more. The boy knew what he?d become
.

Candlelight flashed on the blade as he drew the sabre. He raised it high and sliced with all his strength ? the way the old man had taught him. Felt the horrible impact all the way to the hilt as it chopped through his grandfather?s neck and took the head clean off
.

When it was done, the boy staggered out into the storm. He began to walk through the hammering rain. He walked for miles, numb with shock
.

And when the villagers found him the next morning, he couldn?t even speak
.

An hour?s drive from Maricopa,
Arizona Early May

Rock and dust, scrub and cactus and the blinding white sun beating down. Nobody ever came out here.

The dust from two off-road vehicles drifted upwards into the still air as they bounced and lurched across the arid wilderness. The big silver Subaru 4?4 in front crunched to a halt on the stones, doors opened and three men got out.

One of them didn?t want to be there. He stood out from the other two, and not just because he was the only Japanese guy and they were white Europeans. He was also the only one with a .45 auto to the back of his head and his wrists bound behind his back. Tape, not cord. Cord would leave a mark, and his captors didn?t want that. A length of the same silver duct tape was pressed firmly to his face, muffling his protests. The T-shirt he was wearing was damp with sweat.

His captors knew his name ? Michio Miyazaki ? and that he was a scientist. Beyond that, it wasn?t their concern why this was happening to him.

The bright red Jeep Cherokee following the Subaru pulled up alongside. Its driver killed the engine, stepped down, ran her fingers through her blond hair and wiped the sweat on her jeans. There was no sound except the ticking of hot metal and the feeble protests of the prisoner as the two men started marching him away from the vehicles.

The Jeep was Miyazaki?s, as was the technical equipment in the back. When this was over, it would look as though the scientist had been out here on a research trip, collecting samples. That fitted his profile. He was unmarried, single, no kids, tended to keep to himself, and he wasn?t a well man. Nobody would question what was about to take place.

The woman walked around to the passenger side of the Jeep, opened the door and lifted out the small container she?d been riding uncomfortably beside through the desert. This was one item that didn?t belong to Miyazaki. It was a pale blue plastic lunchbox, with tiny air holes pricked in the top. What was inside weighed almost nothing. The woman held it away from her at arm?s length. With her other hand she grabbed a shoulder bag from the footwell, then shut the Jeep door and trotted to catch up with the others. As she joined them she could hear the prisoner pleading with them through his gag.

They all ignored him.

?This?ll be fine,? the taller of the two white men said in their own language, glancing around him. The stocky guy with the muscles straining under his cotton shirt kept the .45 aimed at Miyazaki?s head.

The woman set the container down on the ground and stepped back, happy to get some distance from it. She reached into the shoulder bag and pulled out a pair of thick leather gauntlets. Tossed the right glove to her colleague, then the left.

The tall man pulled on the gloves. The one with the gun swept his foot out and Miyazaki crumpled on his back into the dirt. He was crying now, tears streaking the dust on his face.

Miyazaki started struggling and protesting with renewed energy when he saw the glistening brown scorpion trapped between the man?s fingers. He?d spent his life deeply involved in one small specialised corner of science, but he had enough knowledge of other disciplines to know that these people had done their research well. This was an Arizona bark scorpion, one of the most lethal arachnids on the planet.

Miyazaki couldn?t take his eyes from the creature as the tall man walked towards him with a smile. He struggled against his bonds as the scorpion came closer and closer. He could see it wriggling, the long tail lashing out, the stinger turgid with venom. Now it was right over him, six inches above his heaving chest. He could feel his heart pounding dangerously fast.

The man dropped it on him.

The scorpion landed on its feet and froze, as if cautiously assessing its new surroundings. Miyazaki began to gibber, every muscle in his body racked tight as he strained to see the thing that was perched on his torso.

But the scorpion was more interested in flight. It scuttled away, slithered down his ribs and dropped down onto the sand.

?Shit.? The tall man stepped quickly over to where the creature was trying to dig itself in, and scooped it back up. Sand ran out from between his fingers as he clenched the scorpion tightly in his palm.

The tall man nodded. He admired the creature. These things were tough. They?d been around for millions of years, unchanged, perfect. And they?d still be around long after humankind had obliterated itself. He didn?t want to harm it, just to stress it a little and activate its primal defence mechanisms. He squeezed hard and gave it a shake, feeling its hard carapace wriggle through the glove. Then he held it over Miyazaki?s exposed neck, where sweat was pooling in the hollow at the base of his throat, and let it drop a second time.

This time the creature landed on Miyazaki?s skin with its defences on full alert, poised to strike. The stinger lashed out, faster than a rattlesnake, and found its mark.

The scientist screamed behind the tape and thrashed on the sand as the creature scuttled away. His captors could see where the scorpion had stung him, a livid pin-prick already swelling on his neck three-quarters of an inch from the jugular artery.

Cursed Love by Kelly Lawson
Blame It on the Bossa Nova by James Brodie
The Guv'nor by Lenny McLean
Red's Hot Cowboy by Carolyn Brown
The Reader by Bernhard Schlink
The Davis Years (Indigo) by Green, Nicole
Emerald (Steele Investigations) by Millstead, Kasey
A Teenager's Journey by Richard B. Pelzer
MURDER IN THE SPOTLIGHT (Food Truck Mysteries Book 2) by Chloe Kendrick
The House of Wood by Anthony Price