Read Beneath a Midnight Moon Online

Beneath a Midnight Moon 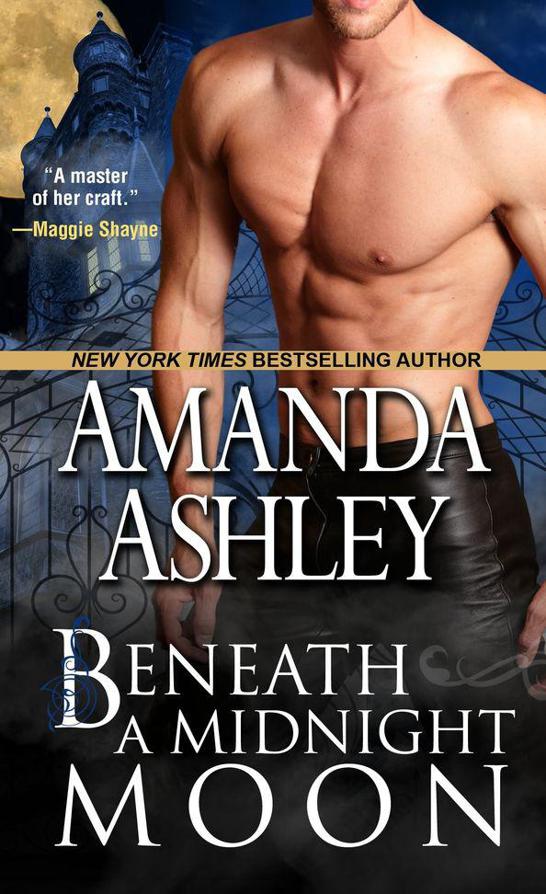 DREAM LOVER
His lips were firm, sensual; and when he smiled, as he was smiling now, it made her wish that he was a man of flesh and blood and not just an image conjured from the fathomless depths of sleep.
He came toward her, one hand out in a gesture of welcome; but still, in his eyes, she saw the same silent plea for help. And yet, how could she help him when she couldn’t help herself?
“Lady . . .” His voice was deep and rich, like chocolate velvet.
“I’m coming,” she called. “Wait for me.”
Yet even as she hurried toward him, his image faded, like an old painting left too long in the sun, and then he was gone from her sight.
“Your name,” she murmured sadly. “I don’t even know your name.”
A sob rose in her throat, waking her, returning her to the ugliness of her prison cell and a pillow soaked with tears.
Other titles available by Amanda Ashley
A Whisper of Eternity
After Sundown
Dead Perfect
Dead Sexy
Desire After Dark
Night’s Kiss
Night’s Master
Night’s Pleasure
Night’s Touch
Immortal Sins
Everlasting Kiss
Everlasting Desire
Bound by Night
Bound by Blood
His Dark Embrace
Published by Kensington Publishing Corporation
B
ENEATH
A MIDNIGHT
MOON
AMANDA
ASHLEY

Dreaming in Technicolor by Laura Jensen Walker
No Time Like the Past by Jodi Taylor
A Village Feud by Shaw, Rebecca
Sealed with a Hiss: Book Four Supernatural Enforcers Agency by E A Price
The Naked Sun by Isaac Asimov
Rider's Kiss by Anne Rainey
My Year Inside Radical Islam by Daveed Gartenstein-Ross
Who I Am by Melody Carlson
Stolen Moment [Enslaved & Enticed] (Siren Publishing Classic) by Tatum Throne
Code of the Mountain Man by William W. Johnstone