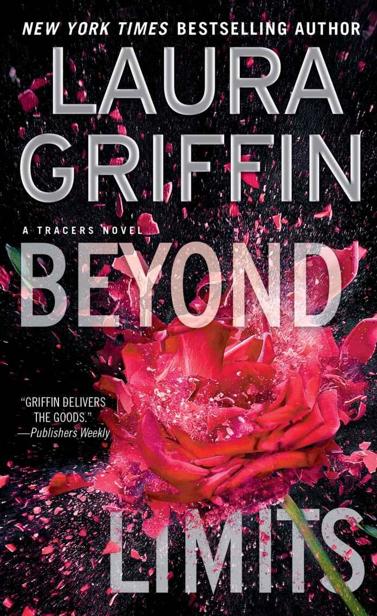 “Never fails to put me on the edge of my seat.”

“[A] perfectly gritty romantic thriller. . . . Griffin sprinkles on just enough jargon to give the reader the feel of being in the middle of an investigation, easily merging high-stakes action and spicy romance with rhythmic pacing and smartly economic prose.”

“A first-rate addition to the Laura Griffin canon.”

“Be prepared for heart palpitations and a racing pulse as you read this fantastic novel. Fans of Lisa Gardner, Lisa Jackson, Nelson DeMille, and Michael Connelly will love [Griffin’s] work.”

“If you like
CSI
and well-crafted suspense, don’t miss these books.”

“
Exposed
is Laura Griffin at her finest! If you are not a Tracer-a-holic yet . . . you will be after this.”

“
Exposed
explodes with action. . . . Laura Griffin escalates the tension with each page, each scene, and intersperses the action with spine-tingling romance in a perfect blend.”

“A sizzling novel of suspense . . . the perfect addition to the Tracers series.”

“Has it all: dynamite characters, a taut plot, and plenty of sizzle to balance the suspense without overwhelming it.”

“Starts with a bang and never loses its momentum . . . intense and mesmerizing.”

“The pace is wickedly fast and the story is tight and compelling.”

“With a taut story line, believable characters, and a strong grasp of current forensic practice, Griffin sucks readers into this drama and doesn’t let go.”

“The perfect mix of suspense and romance.”

“The science is fascinating, the sex is sizzling, and the story is top-notch, making this clever, breakneck tale hard to put down.”

“A page-turner until the last page, it’s a fabulous read!”

“Laura Griffin is a master at keeping the reader in complete suspense.”

“Evolves like a thunderstorm on an ominous cloud of evil. . . . Intense, wildly unpredictable, and sizzling with sensuality.” 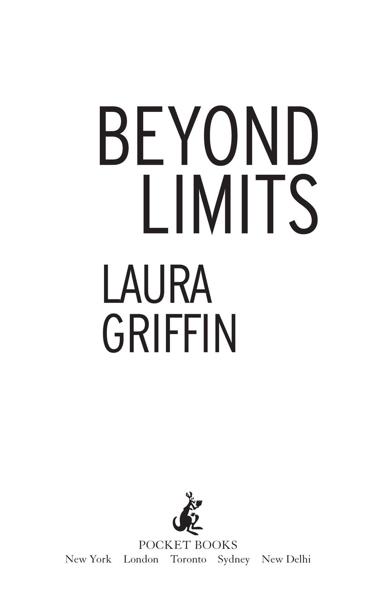 T
he night was all wrong for an op, but they were going anyway, and not a man among them disputed the call.

Lieutenant Derek Vaughn sat wedged between his teammates in the Black Hawk helicopter listening to the thunder of the rotor blades as he pictured the city below. The rugged outpost was hemmed in on either side by mountains. Even by Afghan standards, the place was a hellhole, frequented by opium traders, arms smugglers, and Taliban fighters with Al Qaeda links, including a group that had recently hijacked a caravan of aid workers on their way back from a medical mission in Badakhshan Province.

The hijackers had killed the drivers and taken three hostages, all aid workers. Two were Swedish, and one was American, and both governments were scrambling to resolve the crisis while keeping it under wraps. But the situation had dragged on, which wasn’t good. Derek had seen firsthand how TAQ fighters treated their prisoners, and the thought of what those people had likely been through made his blood boil. But he pushed away his anger and focused on his job.

“Five minutes,” the crew chief said over the radio.

Derek closed his eyes. He regulated his breathing. He recalled the map of the compound that he and his teammates had memorized during the briefing. Drone photographs had shown two buildings separated by a narrow courtyard. The hostages were thought to be held in the basement of one or both of the houses.

Or so they hoped. Tonight’s entire mission was based on a call traced to a phone believed to belong to one of the kidnappers.

One phone call. That was it.

Typically, deploying an entire platoon of SEALs required slightly more intel. But tonight wasn’t typical, not by a long shot. Sixteen days ago, the kidnappers had demanded five million dollars in ransom from the international relief org MedAssist. Nine days ago, they’d upped the ante to ten mil. Two days ago, negotiations had broken down, and twenty-four hours ago, MedAssist had received an e-mail. The attached video clip showed twenty-six-year-old Ana Hansson blindfolded and kneeling before the camera, pleading for her life just seconds before her captors slit her throat.

Derek pictured the two remaining hostages. Dr. Peter Lindh of Stockholm was forty-nine and had been in excellent health before his abduction. Hailey Gardner of Boston had just graduated from nursing school before taking a job with MedAssist. Her passport photo showed a pretty blonde with a wry smile. The photo had immediately reminded Derek of a different woman, a woman he’d been trying to get out of his head for months now. It wasn’t the blond hair or the smile but the determined gleam in her eyes that made Derek think of Elizabeth LeBlanc.

As if he needed a reason.

Derek snugged his assault gloves onto his hands.
Focus.
Thinking about Elizabeth or anything else besides the op right now was a good way to get his ass shot off. Or one of his teammates’.

The crew chief slid open the door, and the roar from outside cut off all communication. Derek got to his feet and edged closer to the opening, where he could see the valley below bathed in silver. They were infiltrating under a full moon into hostile territory with scant intel to guide their assault. The odds were stacked against them, but Derek knew that every last one of his teammates relished this mission. They’d trained together, fought together, lived, breathed, and bled together for six long months of deployment. On this tour alone, they’d racked up more successful tactical operations than anyone cared to count. But it wasn’t every day they got the chance to rescue a civilian from the country they’d sworn their lives to protect and defend.

At the front of the helo, Derek’s CO held up two fingers. Two minutes.

Derek pulled down his night-vision goggles, casting everything around him in a greenish hue. He checked his M-4, outfitted with a ten-inch barrel. The weapon was designed for close-quarters combat and had a suppressor to keep the noise down. He also had his Sig Sauer P226 in his thigh holster but didn’t expect to use it. Tonight was a straight-up, take-no-prisoners rescue mission. Get in and get out, hopefully before anyone realized they were there.

That was the goal, but everyone knew it wasn’t likely to become reality. And they were good with that. SEALs were trained to take whatever shit the mission threw at them and find a way to make a victory out of it.

The helo entered a hover, and the crew chief kicked out the rope attached to the fuselage. Both buildings had rooftop balconies. The pilot would drop off one group here, then the other on the neighboring roof, and each four-man element would assault down. Meanwhile, an armored Humvee would pull up to the compound and unload two more elements to clear from below.

Hit ’em from all directions, a classic SEAL tactic.