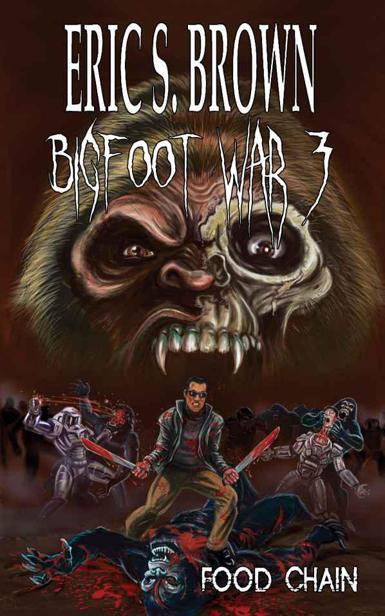 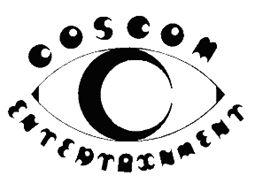 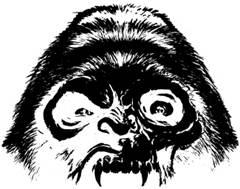 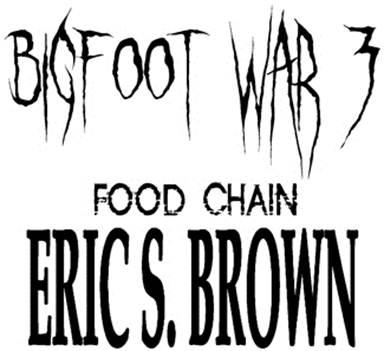 This book is a work of fiction. Names, characters, places and events either are products of the author’s imagination or are used fictitiously. Any resemblance to actual places, events or persons living or dead or any known Bigfoot is purely coincidental.

Bigfoot War 3: Food Chain
is Copyright © 2011 by Eric S. Brown. All rights reserved, including the right to reproduce in whole or in part in any form or medium.

This book is dedicated to all the fans that have made my dream project become not only a reality in book form, but also an ongoing series of Bigfoot Horror. 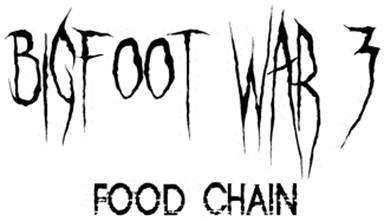 T
he largest of the three beasts wore a scar on the left side of its face. It was a hairless patch of rough, twisted, contorted skin. Sometimes he could still feel the fire burning on his flesh from where the
moltov
cocktail a human had tossed at him during the great war with man splashed it. Fifteen cycles had passed since then and as he had come into true adulthood, he’d taken the name
Burnscar
. He’d survived both the war and the days of the hungry dead that followed it. So much had changed. The dead toppled the world of man. Their great cities fell and were consumed by flames. Their numbers dwindled. Above all, the humans lost their teeth. Their guns were rarer and their vehicles stopped moving. They were a dying race. It was only by the grace of the Great One that his own kind had survived as they had. In those first days of the dead, the elders believed they were all doomed. Despite their strength and sheer power, the tribes ended up on the run. The dead were simply too many and the numbers of the tribes too few. Then he and others like him began to understand. The dead were mindless and driven only by hunger. One could lure them away, hide the young from their gnashing teeth, and hunt them like any other prey. If they were careful. The dead were only dangerous if they came in force. Soon, whatever had brought them back to life began to run its course and the dead simply rotted away, leaving a new world in their wake, a world much like the one spoke of in the
passed
-down stories of the elders when they told tales of the time before man. The ranks of young warriors in the tribes grew every day and again the forest belonged to them. Now they were the power once more and neither the remnants of man nor the dead could truly challenge their dominance.

The screams of a human female cut the night as
Burnscar
raised his fingers to scratch at the hairless patch on his face. There was no hope of escape for her.
Blackhair
and
Mooncryer
, the two younger warriors with him, were merely toying with the female as they had been for the last half hour. With a grunt, he moved forward through the trees at a comfortable pace. It was time to end their game. He had given enough time for sport and his belly was empty.

The two of them had herded her into a clearing. He stopped at its edge, watching. The female wore tattered clothes and clutched a small blade in her white-knuckled right hand. Her long golden hair was matted to her scalp by mud and filth.
Mooncryer
overtook her as she ran and nudged her with one of his huge hands, sending her sprawling into the grass.
Blackhair
caught up to them and the two stood towering over her.

Suddenly, the flash and booming noise of a human weapon erupted from the other side of the clearing. Giant-sized bullets tore
Blackhair’s
chest into a mangled and bloody mess before the young warrior even realized they were coming.
Burnscar
remained where he was in the cover of the trees as
Mooncryer
charged in the direction the shots came from.

Burnscar’s
eyes grew wide as the metal demon emerged from the shadows to meet
Mooncryer
head on. It stood as tall as any of the tribe’s strongest warriors. It opened fire again as
Mooncryer
reached it.
Burnscar
saw
Mooncryer’s
back explode towards him as chunks of flesh flew across the clearing and the metal demon’s gun hand spun and rattled. Instead of a true right hand were three barrels that spat death and flame. As
Mooncryer’s
body slumped forward against the metal demon,
Mooncryer
grabbed its gun hand, crushing it with all that remained of his strength. The metal demon tossed
Mooncryer’s
corpse aside and stood there staring at the bent and wedged-together barrels of its weapon hand.

The girl was on her feet, already disappearing into the woods, but
Burnscar
didn’t care. If he could slay the demon, he could always catch her later. She was but a human, after all. With a mighty roar, he flung himself at a full-out sprint towards the metal demon. It raised its hands against him as he slammed into it.
Burnscar’s
shoulder collapsed on itself from the impact as his flesh met metal. The demon staggered backwards, but did not fall.
Burnscar
drove the
fist
of his good arm at its head. The metal monster caught it in a vice-like grip.
Burnscar
snarled, trying to yank free of thing’s hold on him. Using its mangled gun hand like a blade, the demon stabbed him again and again, metal piercing more flesh. Blood poured from
Burnscar’s
growing number of wounds, pooling at his feet. Finally, it released its hold on him.
Burnscar
dropped to his knees in front of the metal monster, fighting to stay conscious. He looked up as its gun hand came plunging towards his forehead. Only pain and darkness followed.

Brent gave Hector and Vince the signal to get ready as they crouched in the ruins on the side of the roadway. The man coming towards them was alone. He and his men were almost to their position. The man walked with a calm, determined gait. The hilt of some kind of sword protruded over his shoulder and the edge of his backpack. He wore a battered old world military uniform, and a pistol rested in the holster on his hip. Brent doubted the man had any ammo for the gun. Most folks didn’t these days. Guns were mainly just for show out here in the wastelands. Still, he wasn’t taking any chances. He flipped open the chamber of his .38 and looked at his last two rounds before stepping out of the shadows into the man’s path.

“Hey, Mister,” Brent called to the man. “Where you headed?”

The man stopped dead in his tracks and pushed back the hood of his jacket to reveal a head of thick black hair. Brent looked him over as the man did the same to him. He was a bit thinner and older than Brent had guessed. The uniform added bulk to the man’s frame and made him appear tougher from a distance. He had to admit it was a neat trick. The faintest hints of gray crept their way up and through the man’s black hair, but he couldn’t be older than his mid-thirties at most.

“What do you want?” the man asked. His voice was cold and contained an edge that made Brent second guess his estimation of the figure before him.

Brent shook off the uneasy feeling and grinned as Hector and Vince revealed themselves, flanking the man. Vince held a sawed-off shotgun leveled at the man’s side, while Hector hefted a massive, spiked club which he tapped ever so gently against the palm of his free hand.

Brent drew his revolver. “That depends. What you got?”

“Nothing for you,” the man answered. If he was scared, he hid it well.

“You pretending to be a Hunter?” Vince giggled. “Don’t see too many folks wearing army gear these days.”

“I
am
a Hunter,” the man answered simply.

Vince and Hector erupted into laughter.

“Old man,” Hector said, “you
ain’t
got no real weapon and you’re so small I could wipe my butt with you. You
ain’t
no Hunter.” He held up a hand silencing Hector and Vince. “There doesn’t have to be any trouble here, old man. We just want your gear, not your life.”

“Stop calling me that,” the man said.

“Calling you what?” Vince asked.

“Okay,” Brent said, enjoying himself like a cat playing with its food. “What’s your name?”

Even Brent couldn’t help but snicker. “Really?” he asked. “Wally the Hunter?”

A Marriage of Convenience (Married to a Prince) by Attalla, Kat
My Daughter, My Mother by Annie Murray
Finding Floyd by Melinda Peters
Magnificent Passage by Kat Martin
The Well-Wishers by Edward Eager
Watching Sin (A Fetish and Fantasy Short Story) by Lori King
Be Mine by Sabrina James
Four Times Blessed by Alexa Liguori
Lifeblood by Tom Becker
Tiny Buddha's Guide to Loving Yourself: 40 Ways to Transform Your Inner Critic and Your Life by Deschene, Lori