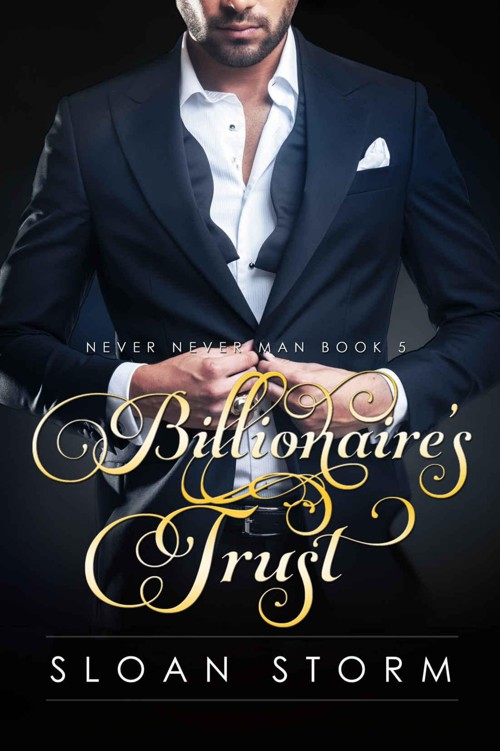 This is a work of fiction. Names, places, businesses, characters and incidents are either the product of the author's imagination or are used in a fictitious manner. Any resemblance to actual persons living or dead, actual events or locales is purely coincidental.

The next few days were some of the goddamn toughest I’d been through in a long time.

Luckily, Dr. Matthews reached Maddie in time to get her cardiac episode under control. It was touch and go afterward. Of course, I was concerned about Maddie and the baby, but Katy was a wreck as well. I did my best to keep her spirits up, but our friendship was tenuous, at best. If something was to happen to Maddie, I had little doubt she’d hold me at least partially responsible.

As luck would have it though, towards the end of her third day, Maddie came out of the coma on her own. While she was under, the hospital had enough time to replenish their type AB negative blood supply. And on top of that, the baby was still alive. All in all, it couldn’t have gone much better.

And while Maddie and I still had some complex issues to sort through, it looked as if the worst was behind us now and for that, I was grateful. I’d have to be a real piece of shit to say what happened to her didn’t matter to me. It did. And now that she’d gotten some of her strength back, I wanted her to know it. In a way, I felt like I owed her that much, after all she’d been through.

It was mid-morning by the time I arrived at the hospital. Entering her room, I noticed no one on hand checking up on her. The familiar sounds of the monitoring penetrated my awareness as I approached her bedside. Her color had returned, flushing her with beauty once more. Where days before a pasty hue coated her flesh, youthful pink took its place, kissing it with the alluring glow I’d forever connected her with in my mind.

No matter what, she would always be that goddamn knockout blond I saw that day at the airport. And now, for the first time in quite a while, delicate femininity returned to her complexion. I reached down to touch her and as I did, her eyes flickered open. My hand continued to travel towards her forehead, coming in contact with it as consciousness returned to her.

She extended her arm and touched me just above the waist.

“You, um, you’ve been pretty shitty company since you came out of the coma,” I said. Craning my neck around towards the door of her room, I continued, “There’s some cute nurses on the floor I could kill some time with, if you’re still not up to socializing.”

Maddie pinched her thumb and index finger against my side, squeezing me.

“Jerk,” she said with a soft smile.

I chuckled and leaned in over her, pressing my lips against her forehead. I continued to stroke her hair as I returned to a standing position.

“What’s the latest from Dr. Matthews? I haven’t seen him around since I got here.”

Still weak, Maddie let her arm fall away from my side. It returned to the mattress with a soft thud.

“He was here first thing this morning,” she began. “The latest tests seem to indicate the worst may be behind me, as far as the baby is concerned.”

I stopped mid-stroke and looked into her eyes. I gazed down at the brilliant blue that ensnared me from the instant I first saw them. The effect hadn’t diminished at all.

“Well, Maddie,” I began. “That is wonderful news, incredible. So what does that mean? You’ll be able to leave soon?”

Maddie shrugged. “Well he didn’t say exactly but, yes, I think so.”

I felt a smile come to my lips. I was happy for her. She’d been through a lot. Hell we all had. A bit of goddamn good news is what we all needed right about now.

“So what happens now? I mean with the baby?”

“Well, the complications are still an issue. There are no guarantees I’ll make it the full-term.”

“I see.” Sliding my hands in my pockets, I exhaled. “So if I may… I’m assuming this means you haven’t changed your mind about what you’re going to do?”

I have to say, I respected the hell out of her tenacity. But, this was my child also. I hadn’t had a chance to speak my mind about the issue before the events of the past few days went down. I mean, she’d kept so much from me. I was still angry about it and wasn’t about to let the opportunity pass me by.

“Well you goddamn well will hear me, Maddie,” I replied, cutting her off. I reined in my anger before it escalated. Thinning my lips, I looked down and her and continued, “This is my child as well.”

Her eyes flashed with a hint of shock.

I swallowed as I considered how to proceed. It’s a delicate thing, you know? Here this woman nearly dies hanging on to the child and now I’m gonna tell her to revisit the notion of ending the pregnancy? There was no chance I wouldn’t seem like an asshole for suggesting it but, really, her life was still at risk here. I didn’t want to lose her.

And so I spent the better part of ten minutes trying to explain my side of this, which included my disbelief at the way she’d flat out deceived me. After her initial reaction, I was almost certain she wouldn’t give my argument much consideration at all. But, to my surprise, she heard me out and was receptive to it, if nothing else.

“Grey,” she said, as I finished making my case. “I understand what you’re saying and I am very sorry for what I did. I am. Even so, at the time I felt like it was what I had to do. And now, I feel like the worst… It’s come and gone. Something tells me the baby will make it and I will too. You believe me, don’t you?”

I exhaled a heavy breath as I looked down at her.

A slow, soft blink came to her eyes. “So what does that mean? That it’s okay with you?”

I shook my head. “No, I didn’t say that, Maddie. It’s not okay with me, but what choice do I have? It’s my child. I’ll do what is required of me. You have my word.”

For a moment, her eyes held a gleam of hope. But, as my response sunk in, a look of sadness took its place.

“So what does
that
mean?” she asked.

“Well, Maddie. It means that I can’t force you to do what I want you to do with your body. You know my view. I think you’re better off terminating the pregnancy. After all, your life is still at risk. Let’s be frank here. Is there anything I could say that would change your mind?”

She averted her gaze for a moment. Without turning back to face me, she shook her head.

I nodded as I reached down towards her, wrapping my fingers around her forearm.

“Okay then,” I began. “So all I’m left with is being in a position to support you financially, which of course, I will do.”

Maddie crossed her arms across her stomach, closing herself off from me. She kept her gaze fixed across the room, looking at nothing in particular.

Her expression turned vacant, distant. The look of sadness she’d worn earlier remained. At last, she cleared her throat and nodded.

“Thank you, Grey,” she muttered. “Thank you very much.”

I frowned. Her tone didn’t match her sentiment, not one goddamn bit. It felt like a formality rather than a genuine expression of gratitude.

“So I tell you that I’m willing to do what you want as far as the baby is concerned, keep it and everything. Then, on top of that, I tell you that I’ll provide for the child so you never have to worry. And yet, somehow, this is a disappointment to you?”

She shook her head but still never turned back towards me.

“I never said that, Grey. In fact, I believe I just thanked you.”

Maddie thinned her lips as she swiveled her head back in my direction.

“Grey, I appreciate you visiting me, caring for me, our child. Okay?”

I looked at her as she spoke. The words changed to lies as they left her lips and reached my ear. But now wasn’t the time to get into any of it. Whatever she felt about what I said, or what she thought I said, could wait until another time. Right now, she needed to get well and so, for the both of us, I decided to let it go.

“The um, apartment is ready for you. I’ve got a full-time nurse on hand to watch over you when I’m not there.”

As I spoke, she twirled her hair around her fingertip. Once I’d finished her hand fell back into her lap. She crossed her fingers just below her bump.

I nodded but didn’t speak. There was nothing more to say.

“Is there anything else?” she asked.

An expectant expression came to her face as she looked up at me. She shook her head.

I bit the inside of my lip.

“Look Maddie, I care for you. All right? Very deeply. The simple fact that I’m here—that should demonstrate as much.”

She smiled at me through a mask of disappointment.

The Girl in Times Square by Paullina Simons
The Naturals by Barnes, Jennifer Lynn
The Night Gwen Stacy Died by Sarah Bruni
Passage by Connie Willis
Freedom Island by Palmer, Andy
The Girl in the Glass Tower by Elizabeth Fremantle
Ginger the Stray Kitten by Holly Webb
Behind the Stars by Leigh Talbert Moore
Bones Would Rain from the Sky: Deepening Our Relationships with Dogs by Suzanne Clothier
Protector by Laurel Dewey